Everton betrayal? Why this patched-up XI at Burnley should never have been put in this position

Too harsh? No. Not when you consider the make up of the defensive line ahead of Jordan Pickford at Turf Moor. In the final stretch of a season. When everything is at stake. It doesn't matter whether the team is fighting to stay out of the bottom three, or trying to get into the top four, no Premier League XI should be left at this stage with a back four of kids.

Going to Burnley with a defence of Ben Godfrey, Jarrad Branthwaite and Vitalii Mykolenko was inviting trouble. Jonjoe Kenny, at 25, was the oldest amongst them. Yet even he has barely a full season of Premier League football under his belt. But what choice did Frank Lampard have? With injury and suspension, the manager was left with a dearth of alternatives. And with that, inevitably, came the errors, particularly from Kenny and Godfrey. The pressure of a relegation six-pointer on a midweek night. And at an old, traditional English stadium. It was always going to happen. Errors would be made. Slips suffered. And against an XI so battle-hardened from years of fighting through such situations, Everton collapsed.

For the moment, the players are getting it in the neck. Particularly that back four. But Everton should never have found themselves needing to field such a mix at this stage of the campaign. The front office had the money. They had the contacts. They had the scouts. Those in charge of putting this squad together had everything available in order to avoid what Lampard was left to work with on Wednesday night.

Squad planning. Transfer policy. It's the failing of those charged with the responsibility of building this squad which now has Everton a point outside the dropzone. And as we say, it's a betrayal. Management had everything they required. And they did spend major money on the defence in January. But Mykolenko and Nathan Patterson - at a combined £30-odd million - were ones for the future. Perhaps they would settle alongside more experienced players. But they've never had that chance. The squad planning at Everton has been a mess. 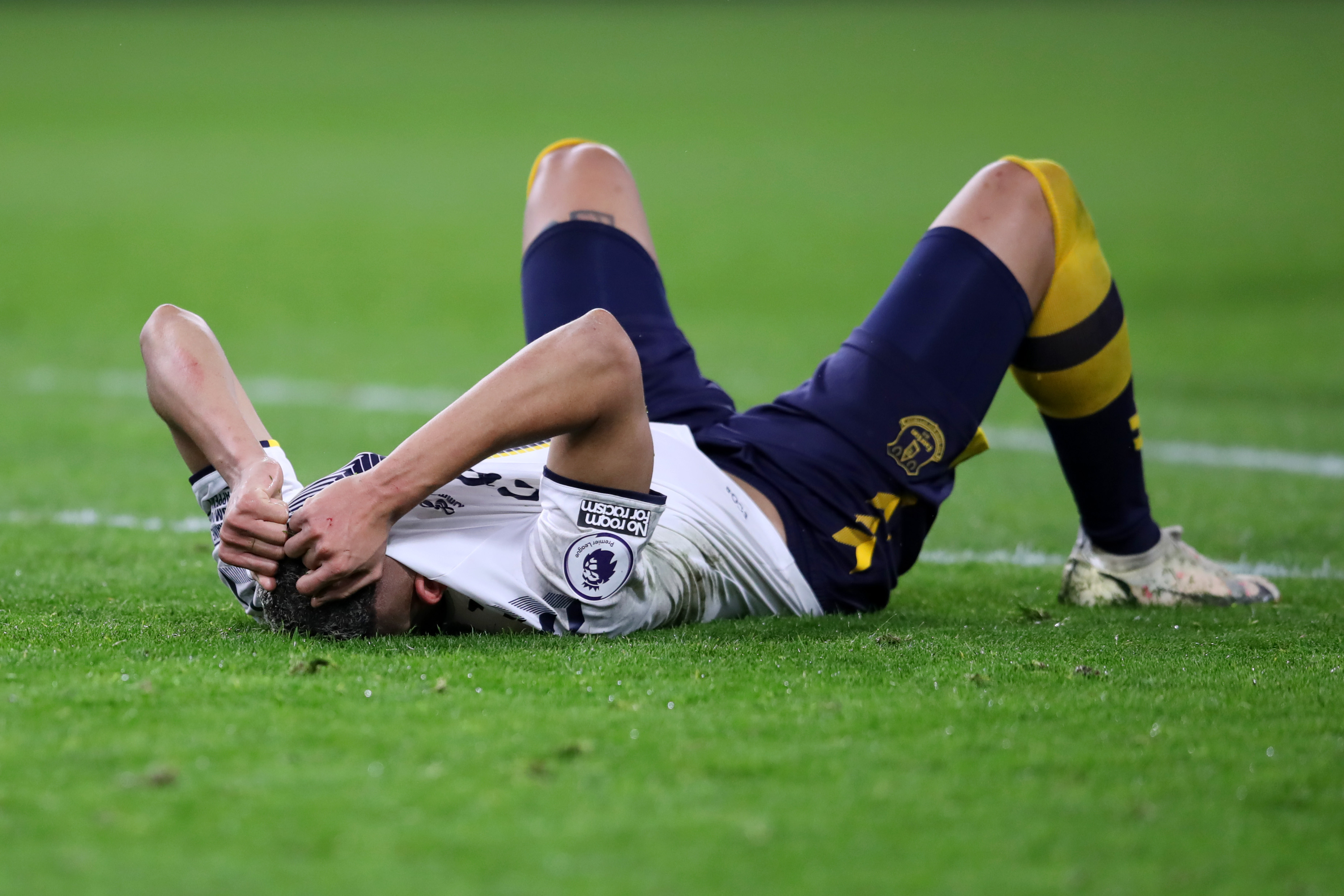 Richarlison left floored at the final whistle at Turf Moor

Farhad Moshiri has been cast as the problem this season. But as with past columns, we remain supportive of his ownership. He's always made cash available. He's never interfered in team selection. Nor transfer policy. He's always left it to the football men. And as such, he's been let down - time and again.

Will those who recommended Lampard be the latest to fail Moshiri? The glib response would 'time will tell'. But this column backs Lampard as Everton manager. He is a good choice. An exciting choice. But the Londoner is really at the mercy of the dressing room and the players available to him. Again, just like the back four, Lampard having to turn to Mason Holgate as a makeshift central midfielder only further condemns the work of the previous recruitment team.

The players are low. On confidence. On form. They're flagging. But the attitude is there. The desire also. Richarlison, with his two spotkicks, was in tears at the final whistle. Alex Iwobi fought as hard as any player on the pitch. But this is the time in a season where experience and know-how counts. And when mistakes are punished like no other.

Peter Reid, Everton's former title winning captain, talked about unity and team spirit going into Wednesday night. Reid insisting the situation did not call for any individual blame: "Did I think they could beat Newcastle after getting a man sent off? No, but they did it. Then they start off against Crystal Palace as if they mean business but cave in.

"They showed glimpses at West Ham but looked nervous. Individual mistakes cost them again but it's no use in this environment targeting Alex Iwobi or Michael Keane.

"Everyone makes mistakes and this isn't time for finger pointing, that's a weakness, we need a collective responsibility. We are in this together and unless you show strength as a group you won't get anywhere."

Reid quickly surmising what we've witnessed these past few weeks. These young players are talented. But on the pitch, they're rudderless. Winning positions have been gained - then lost. Cool heads are needed, but never found. Stick James Tarkowski in a Blue shirt and Everton are winning comfortably. The paucity of experienced options available to Lampard is ridiculous.

These young players. This patch-upped XI. For a club of Everton's size. For the resources available to those running the football operation. It is a betrayal that they find themselves in this position.

If they can get out of this. If the spiral can be stopped. Such a mismanagement of squad planning and transfer policy must not be allowed to happen again.