On Friday night, Sevilla will meet Inter Milan in the Europa League final. The match promises to be an entertaining clash of styles between two sides who will both be competing in the Champions League next season. Here, we at Tribal Football take a tactical look at the game and how it might play out.

The two sides reached this Europa League final in very different ways. Sevilla had the majority of possession and overcame rocky spells against a misfiring Manchester United attack to win 2-1. Inter, on the other hand, did not dominate the ball but thrashed Shakhtar Donetsk 5-0 with two goals for each member of their frontline – Romelu Lukaku and Lautaro Martinez. Those matches gave insights into how the teams may approach this Friday's clash.

Inter aren't particularly interested in having the ball and are happy to concede it. Sevilla, however, are a possession-oriented side: in La Liga last season only Barcelona and Real Madrid averaged more possession than their 55.9% and more short passes per game than their 456. Their passage through the Europa League has underlined this, and they may well gain control of the ball against their Italian opposition tomorrow evening.

Julen Lopetegui likes his side to play out from the back with short passing before exploiting the flanks with their overlapping full-backs. Defensive midfielder Fernando often drops between the centre-backs, but his presence is more to overload or create space further forward rather than to play the ball out. Instead, the team's main playmaker is Ever Banega, who tends to drop into the left-back spot when Sergio Reguilon pushes on down the flank.

In this position, Banega is harder to mark. Opposition strikers tend to be more focused on Sevilla's centre-backs, and unless a midfielder or winger follows him man-to-man the Argentine can get time and space to collect the ball and dictate his side's possession with penetrative through balls and accurate long-range passes to the wings.

Sometimes Sevilla are guilty of 'over-playing' in build-up, playing unnecessarily risky passes and inviting pressure. In the below graphic they take far too much time deciding on the next pass, and end up being caught out by Manchester United deep in their own half. This could be problematic against Inter, who are organised defensively and have the players to press quickly and seize upon any errors. 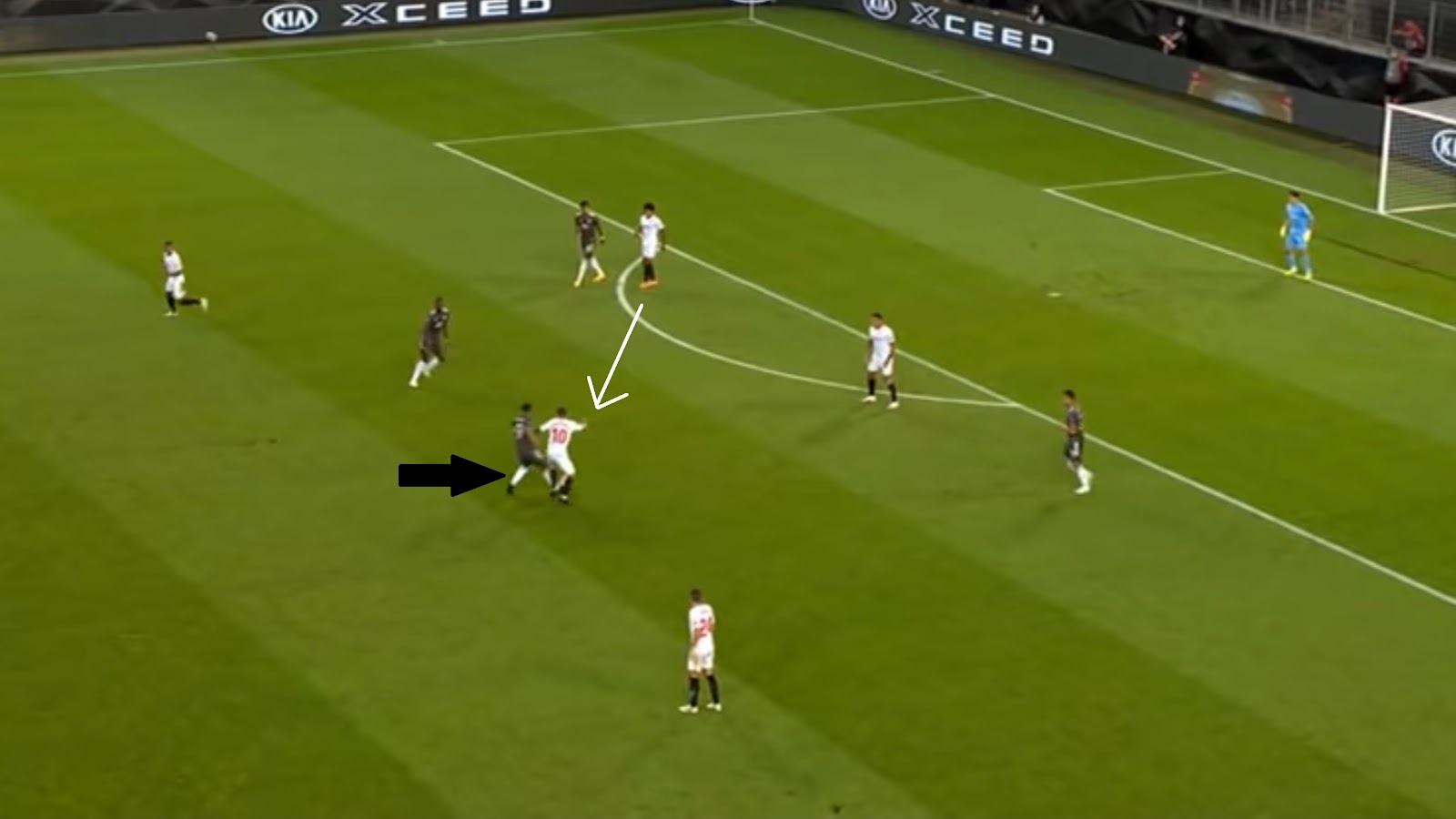 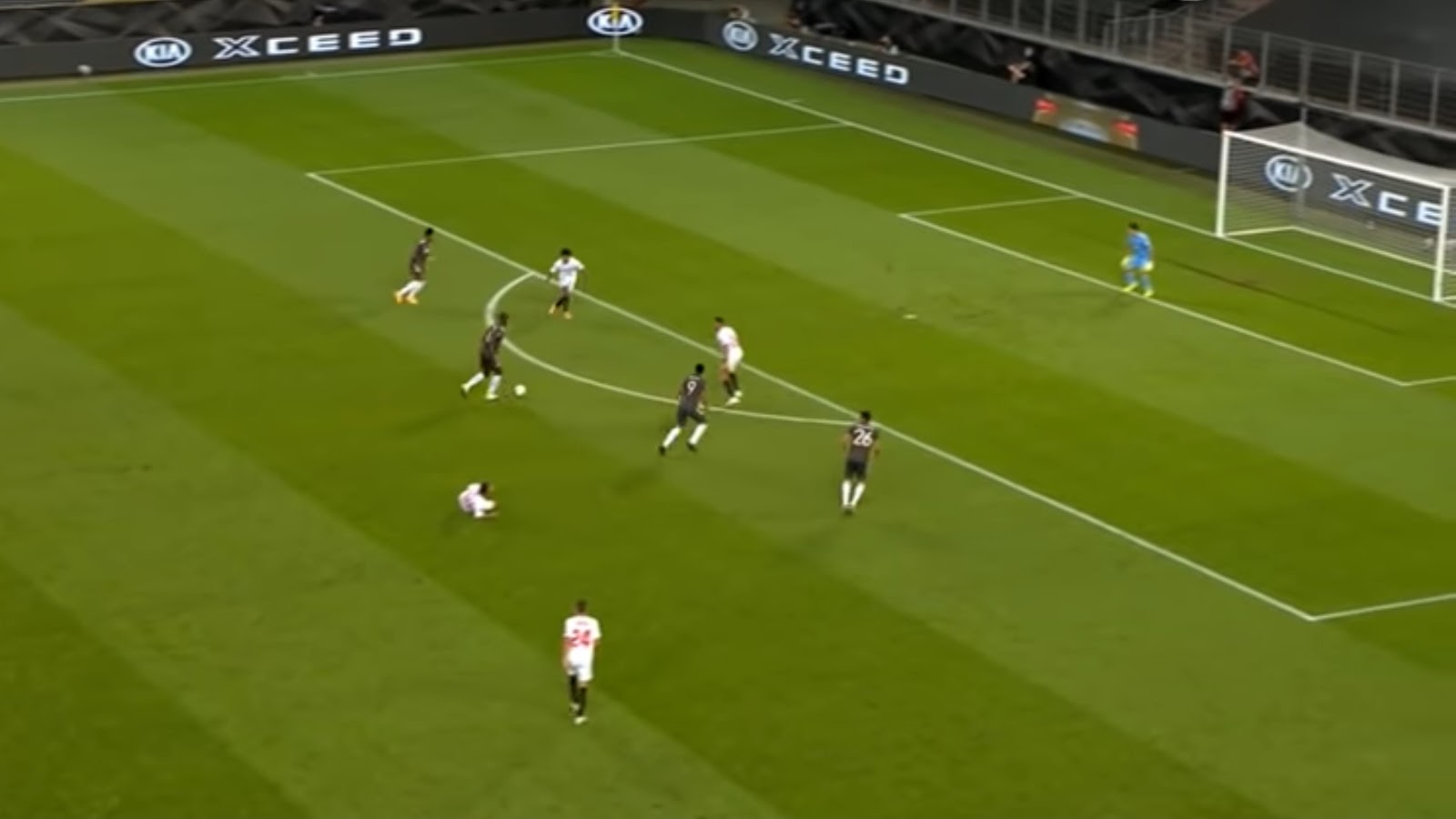 Antonio Conte will probably line his side up in a 5-3-2 defensively, with Marcelo Brozovic stepping up to mark Fernando while Lukaku and Martinez press Sevilla's centre-backs. If and when Banega receives in the left-back area, he will likely come under pressure from Nicolo Barella, Inter's outside midfielder on the right.

Against Shakhtar, Inter's defensive setup and pressing took advantage of sloppy build-up play on numerous occasions, starting with their first goal. As seen below, Lukaku pressures the Shakhtar goalkeeper and Martinez gets ready to press forward onto his centre-back, while there is man-marking in midfield. Without short options, the goalkeeper tries a riskier pass into midfield which Barella intercepts, before crossing for Martinez to score. 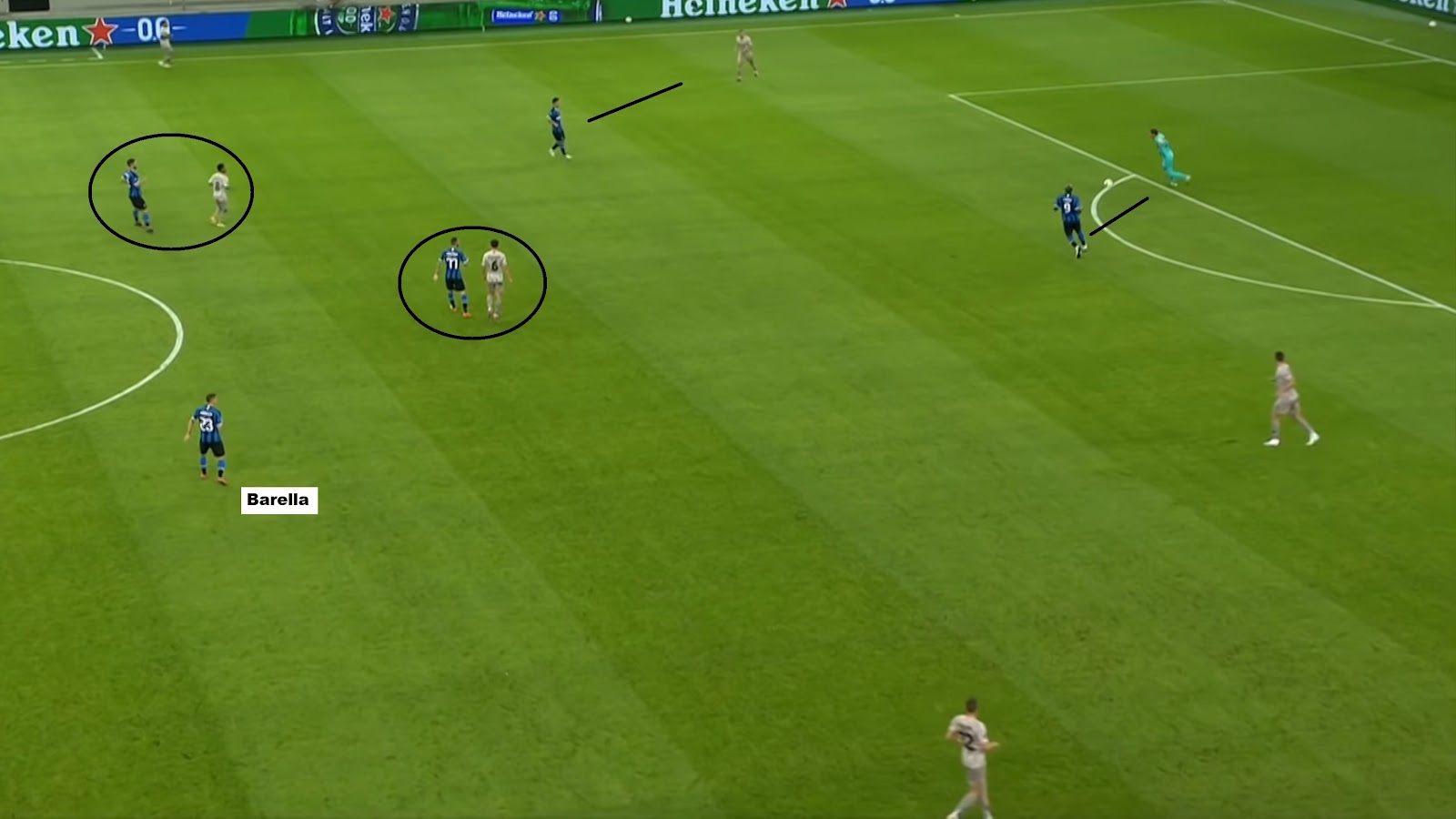 Assuming Sevilla limit their mistakes in build-up, Fernando and Banega's movements should help them to control possession even against Inter's man-to-man pressure. With the risk of space opening between the lines, Inter may then decide to defend their own half and let their opponents bring the ball up the pitch.

If this is the case, the Italian giants will need to be compact to deny space through the middle. Banega doesn't need a second invitation to penetrate and connects well with Suso, who comes infield from the right wing to get between the lines. Sevilla will still have the threat down the flanks of Jesus Navas and Reguilon, who overlap at speed and provide dangerous crosses and cut-backs from the by-line when the opportunity arises. Below is one example of Reguilon down the left, which led to their equaliser against Manchester United, while Navas' crossing would later set up his team's winner. 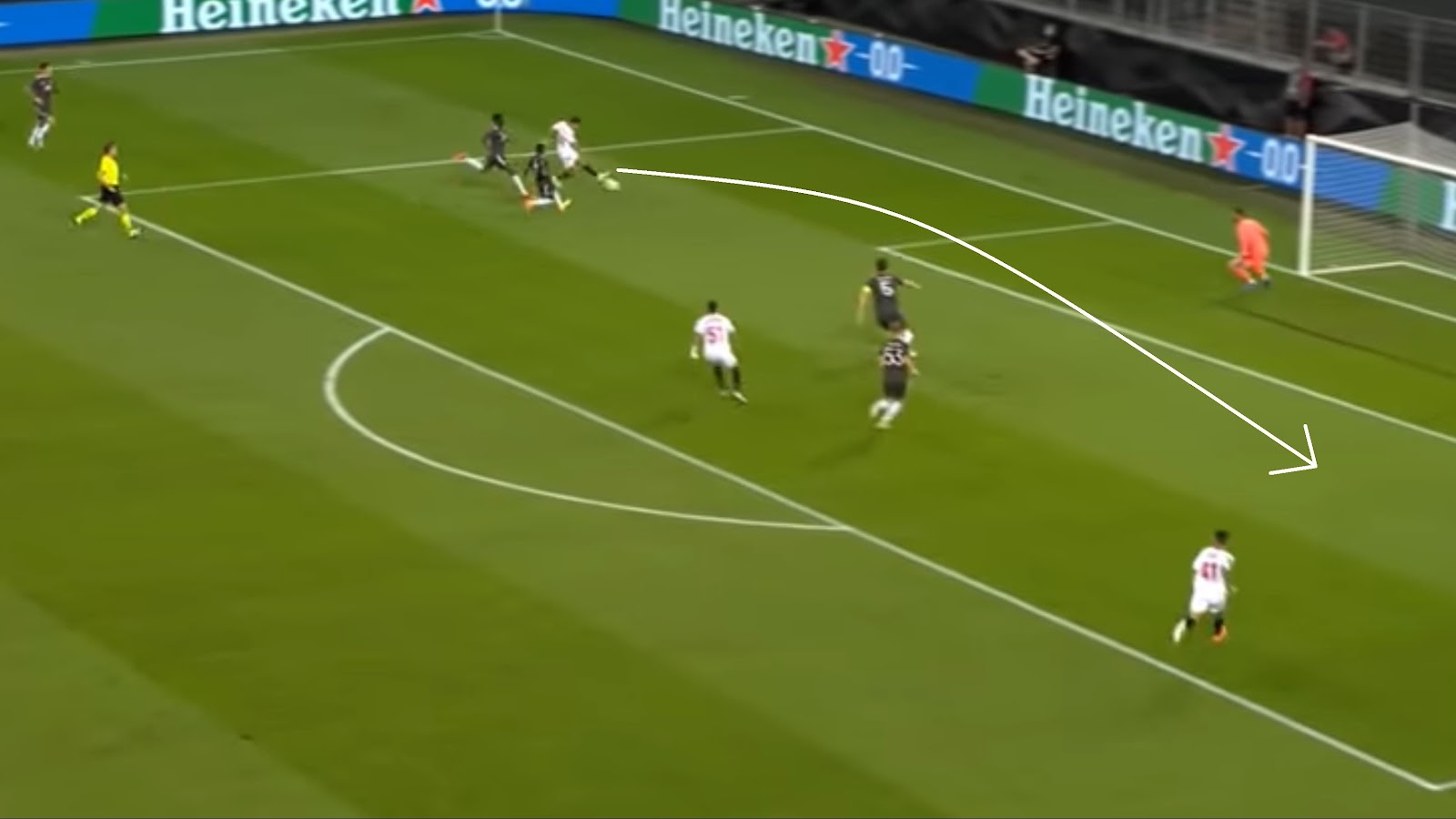 Inter are unlikely to dominate the ball against Sevilla, but they will have their own spells of possession. In those moments the third-man runs of the midfielders in support of the front two, not to mention the individual ability of Lukaku to turn defenders, win 1v1s and race away himself, will be crucial. The Belgian may also come to the fore in transitions, where Sevilla have looked shaky before and could be open again.