Europa League final preview: Why Rangers and Eintracht Frankfurt is must-watch for all

Sitting on the bus this morning I was joined by four friendly Rangers fans. There were Eintracht Frankfurt fans on the bus as well. The two sets of supporters got together for a photo. I was the willing photographer. Whatever happens tonight during and after the game, I've seen a number of incidents like this across the past two days.

I get talking to the Scottish lads about their journey. They drove from Glasgow to Seville in an epic 38-hour journey. One of the fellas paid 1400 quid for a ticket. "I had the money and I'm not sure I'll ever get another chance to see a European final," he told me.

I've had similar conversations with Rangers and Frankfurt supporters. Epic tales of travel just to see their team. My own cousin flew from Glasgow to Portugal and has just arrived in Seville via a private transfer that he will drive him and mates back across the Iberian peninsula after the game. Some have flown from Australia. Considering neither side has won a European final in at least years, they have a point.

It is getting hard not to be pessimistic about the future of football. UEFA's new Champions League reforms, due to commence from the 2024/25 season, show they are just as villainous as their supposed European Super League rivals. That is why tonight is special, unique, refreshing. Beyond pounds and euros, except for the ones spent on getting here. Tonight there will be 150,000 supporters in Seville, singing, dancing, enjoying the moment because, as my new friend rightly said, they might never see this occasion again. This means everything to them and that's what football is about. 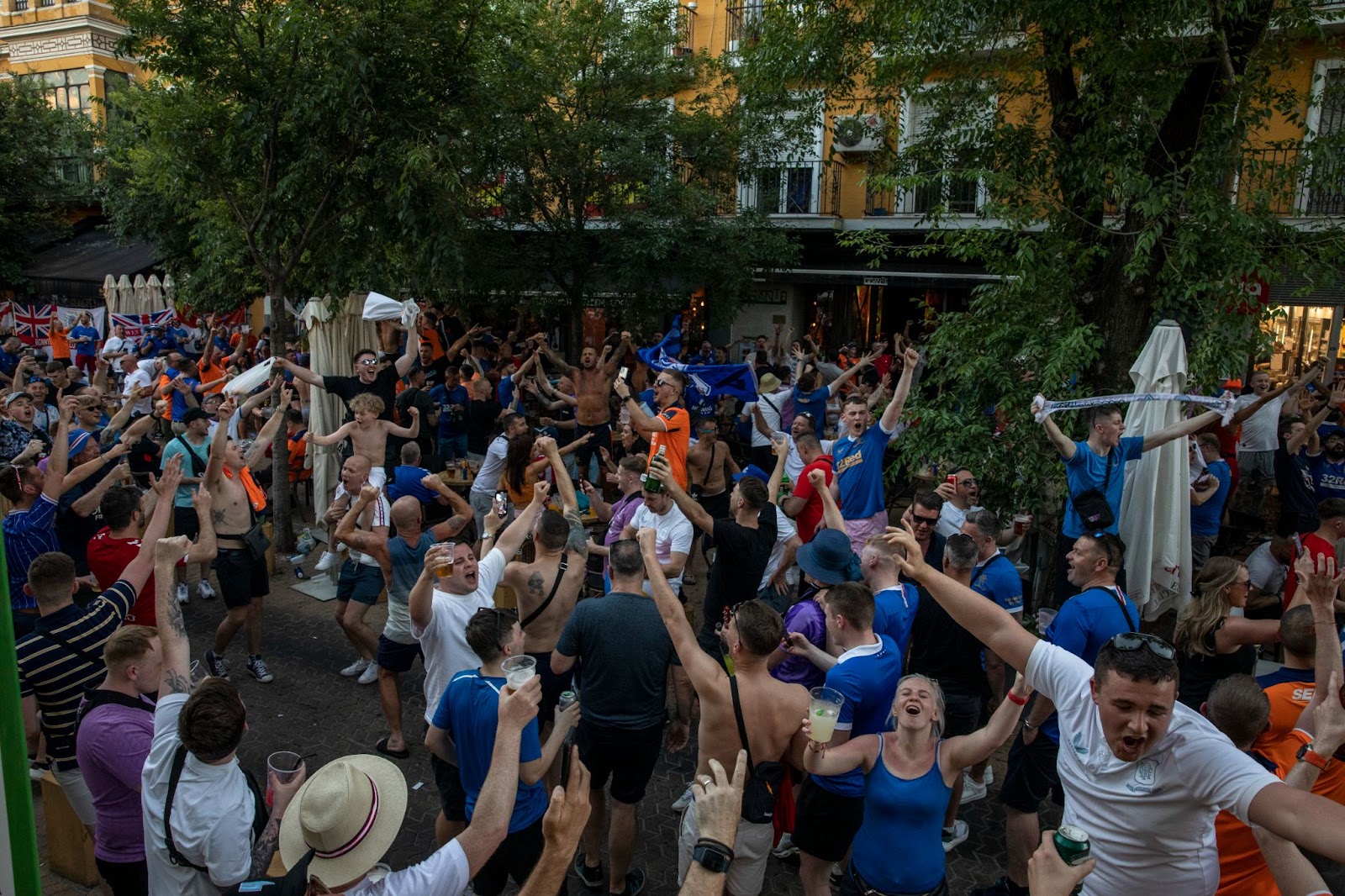 The Glasgow giants only won one of their six group stage matches but still managed to advance in a group with Lyon, Sparta Prague and Brondby.

It didn't come any easier when the play-off draw produced Borussia Dortmund. But that didn't faze Giovanni van Bronckhorst's men as they stunned Dortmund with a 4-2 win over Germany before drawing the second leg at Ibrox. Red Star Belgrade and Braga were pushed aside in the following rounds before RB Leipzig were beaten in the semi-finals, a team who has six-times more turnover.

In team news, van Bronckhorst has confirmed striker Kemar Roofe is fit and available after missing the previous round with Leipzig. Alfredo Morelos and Filip Helander remain unavailable. 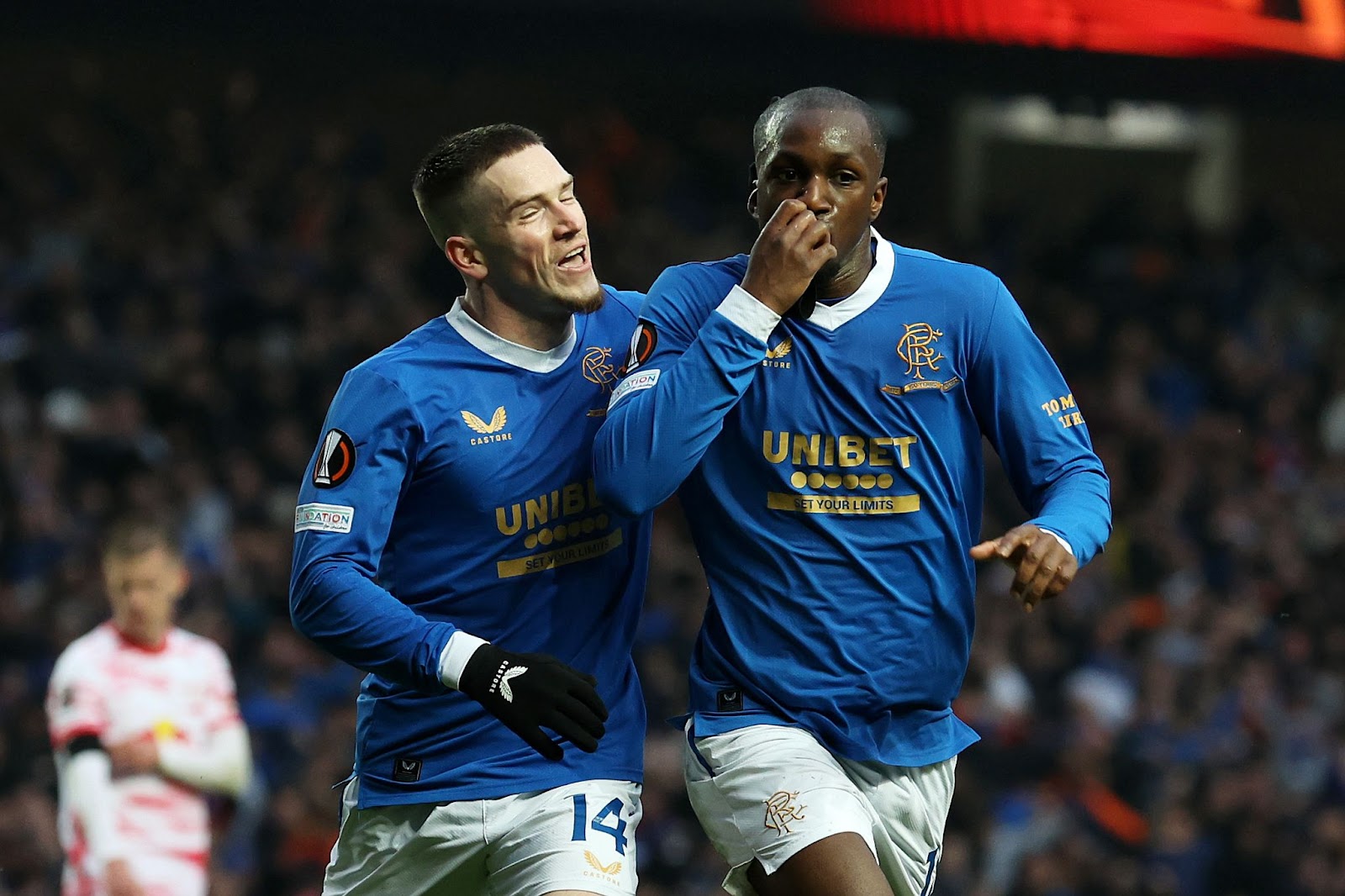 Only one other team has won the Europa League without losing a game. Eintracht can become the second if they beat Rangers tonight.

Despite their poor form domestically - they are 11th in Bundesliga - Europe has been a whole different ball game. They beat high-flying Real Betis in the last-16 before overcoming Barcelona and West Ham United.

Oliver Glasner's side possess firepower that can threaten Rangers' at times shaky defence. Japanese attacking midfielder Daichi Kamada is a star, Filip Kostic will provide a threat on the wings and Colombian striker Rafael Borre is a force up front.

In fortunate news for Eintracht, defender Evan N'Dicka will be available despite suffering a muscular injury against Mainz. However, Martin Hinteregger remains sidelined. 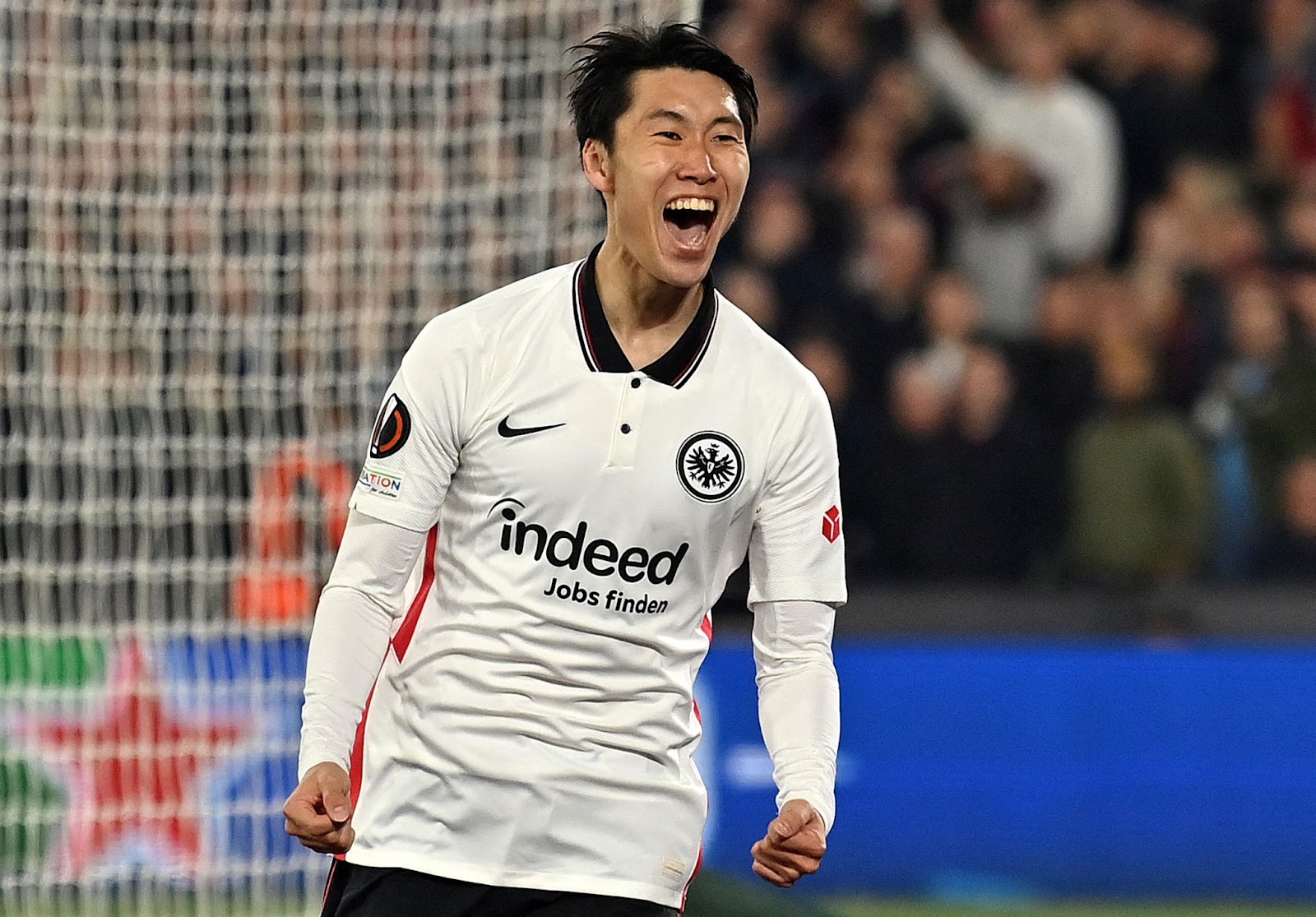