Eintracht Frankfurt are the Europa League champions after a penalty shootout victory over Rangers at the Estadio Ramon Sanchez Pizjuan in Seville.

In the sweltering Andalusian sun, both sides would have no excuse not to be switched on as voices boomed from every section of the stadium.

Perhaps the players were nervous, and rightly so. They were all probably not expecting to be in such a contest when the season began.

The fireworks started when Frankfurt captain Sebastian Rode was caught in the head by the studs of John Lundstram. Blood gushed out. But there was no way Rode was being substituted. Frankfurt had the first good chance of the game when Angsar Knauff, on loan from Borussia Dortmund, was allowed too much space to break into the Rangers box, but his shot was well saved by Allan McGregor.

Rangers responded through Joe Aribo, who curled a terrific shot just wide of Kevin Trapp's post. Other than that, however, the first-half proved a cagey affair.

The same can't be said of the second stanza as Frankfurt came out with all guns blazing, going close through Jesper Lindstrom. The Danish playmaker should have had a penalty two minutes later, but the referee and VAR said Connor Goldson didn't foul him.

Out of nowhere, Rangers went up the other end and scored. Tuta's inexplicable slip allowed Nigeria international Aribo in on goal and he took his time before finishing calmly past Trapp. 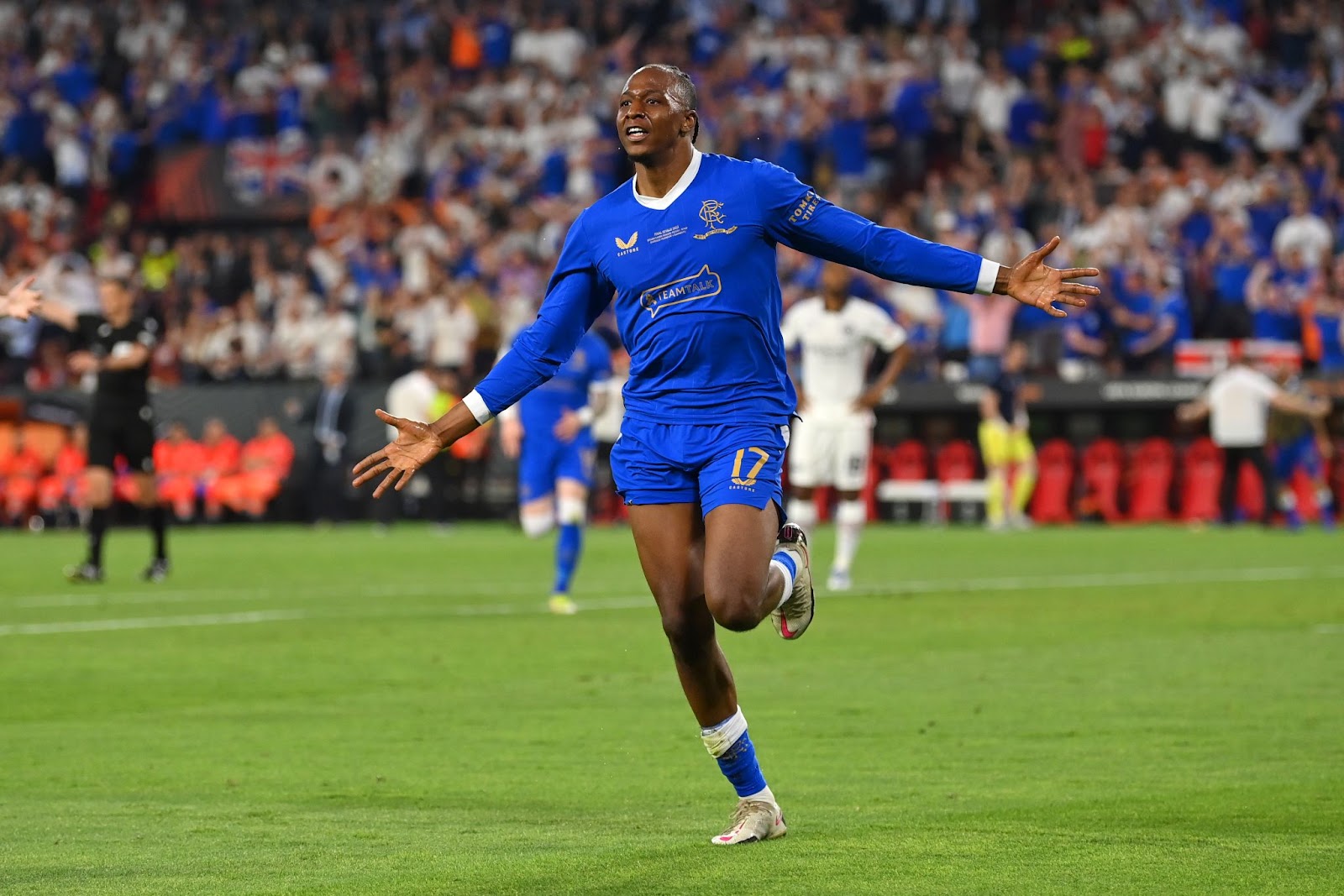 But Frankfurt weren't deterred and they almost drew level when Kamada was put through by Rode, only the Japanese international couldn't keep his shot from going over the bar.

That didn't matter though as Rafael Borre took advantage of some terrible defending from Goldson to poke home Filip Kostic's brilliant cross.

Extra-time came and both teams had their chances, albeit from long-range. There were tired legs out there, and who could blame them with the temperature gauge sitting at 28 degrees celsius at 11pm.

Penalties beckoned for the nervous fans inside the Sanchez Pizjuan. There would be only one mistake, one miss, and that was from Juventus loanee Aaron Ramsey, who was brought on especially for the shootout. The Welshman's tepid spot-kick summed up his disappointing spell in Glasgow.

Frankfurt celebrated wildly and Rangers sunk to the floor, knowing this might be the last time they get a chance to win a European trophy. 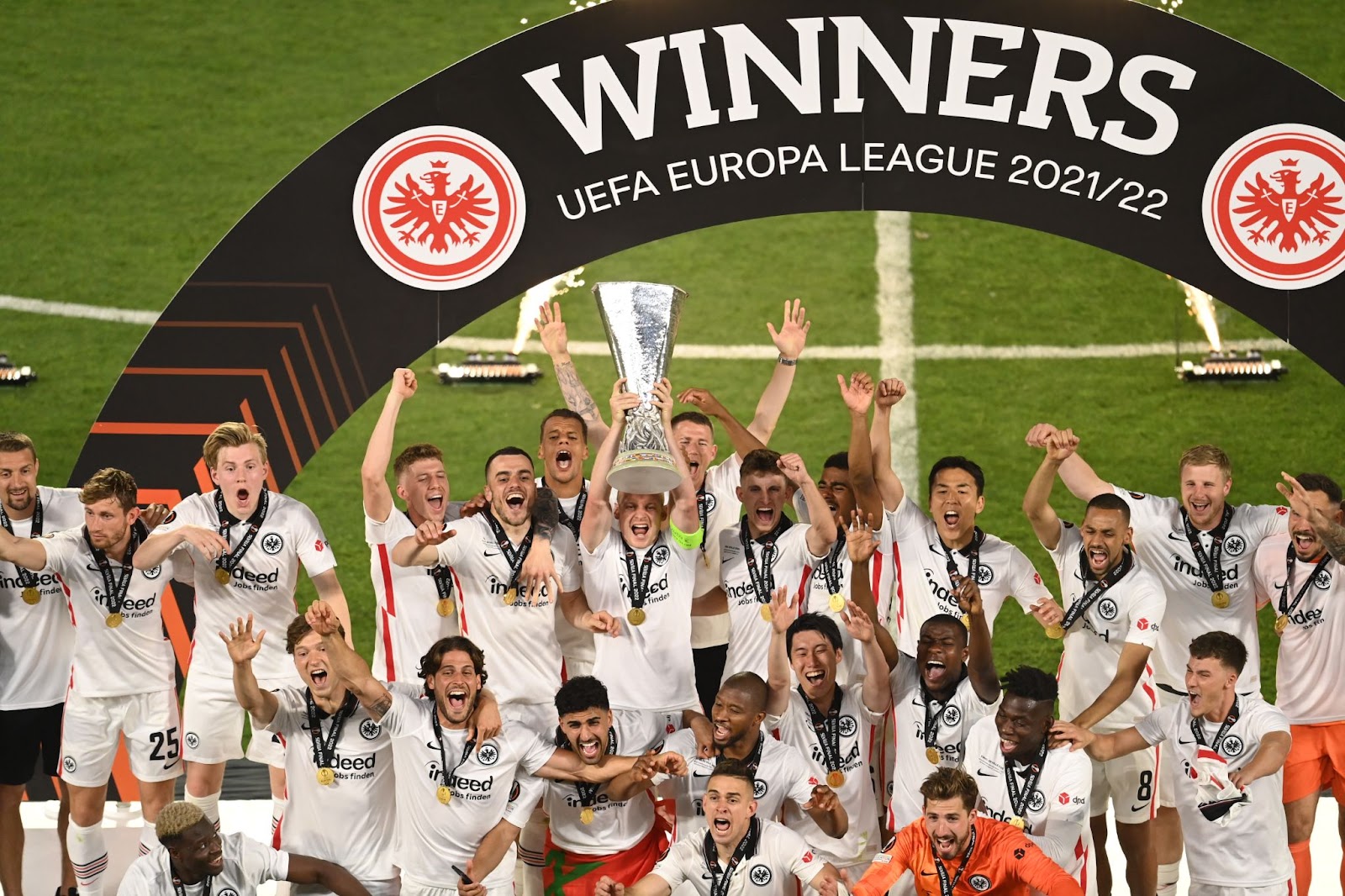