Roma and Feyenoord on the 25th evening have an appointment with their destiny, with the possibility of writing a new page of the history of their club. A journey started almost a year ago now, game after game, tough away game after another. The Conference League final will award an international trophy and will feature José Mourinho's Roma and Arne Slot's Feyenoord. There isn't a squad sharply favoured over the other. As in any final it is pure and simple reality, the percentages of victory are perfectly divided: 50% for the first team, 50% for the other. On one side there is the team that arrived sixth in Serie A, on the other there is the third placed team in Eredivisie.

Both teams have different talents to whom they entrust their own fate. Mourinho will rely almost everything on the quality and the goals from Lorenzo Pellegrini and Tammy Abraham, the two best players of Roma in this season while speaking of the defense he will entrust everything to Chris Smalling, without any doubt Giallorossi's best central defender. Slot will entrust all of his hopes and dreams to the talent of Sinisterra, actual ace of the team, by many regarded as the stronger player in the whole Dutch championship, on Dessers' goals and on Guus Til's offensive qualities.

The beginning whistle there will be at 21:00 and the stadium will be (more or less) equally divided between the two supporters groups, notwithstanding many representatives of Tirana and Albania the days before the final are saying over and over again that the country and the stadium will support Roma. 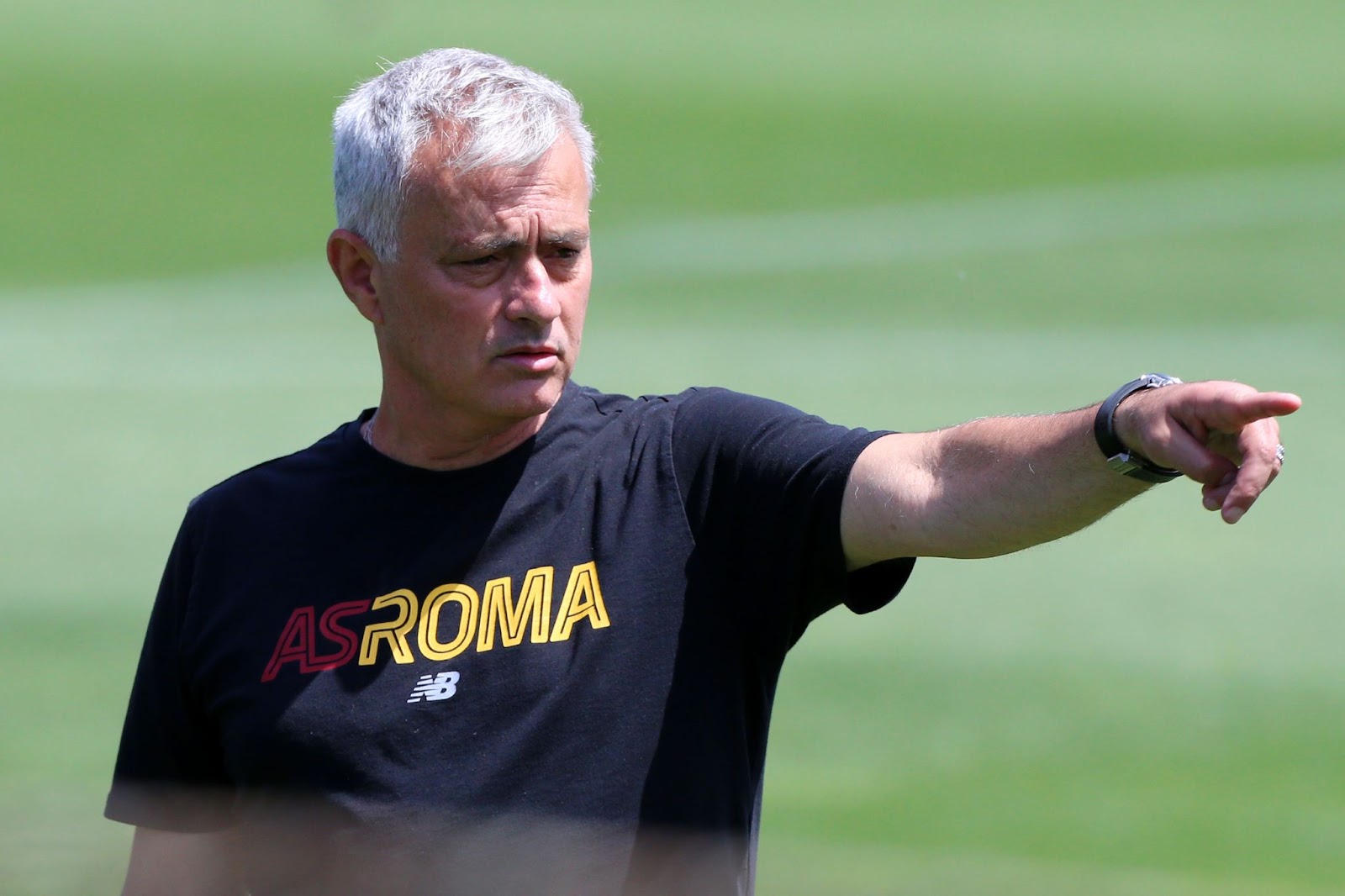 The welcome of the fans to José Mourinho was incredible, rarely one has seen things like this: practically in front of the stadium, almost opposite the building, was posted a giant poster of Mourinho driving the Vespa (the that was donated to him by the Friedkin when he arrived in Rome the first time), with the words "Welcome to Little Roma mister Mourinho". A proper welcome for a star, for the giant of football that he is and that he has proven to be over and over in his career, this year too by bringing Roma to a European final, with his four international titles won on different benches, from Porto to Manchester United, passing through the legendary Triplete with Inter. The dream of the Romanists is that another trophy will arrive in Tirana, yet another one for an incredible career, awaited for many, too many years from Roma fans. The last European final played by the Giallorossi is dated even 31 years ago, but the team hasn't won a trophy for 14 years. 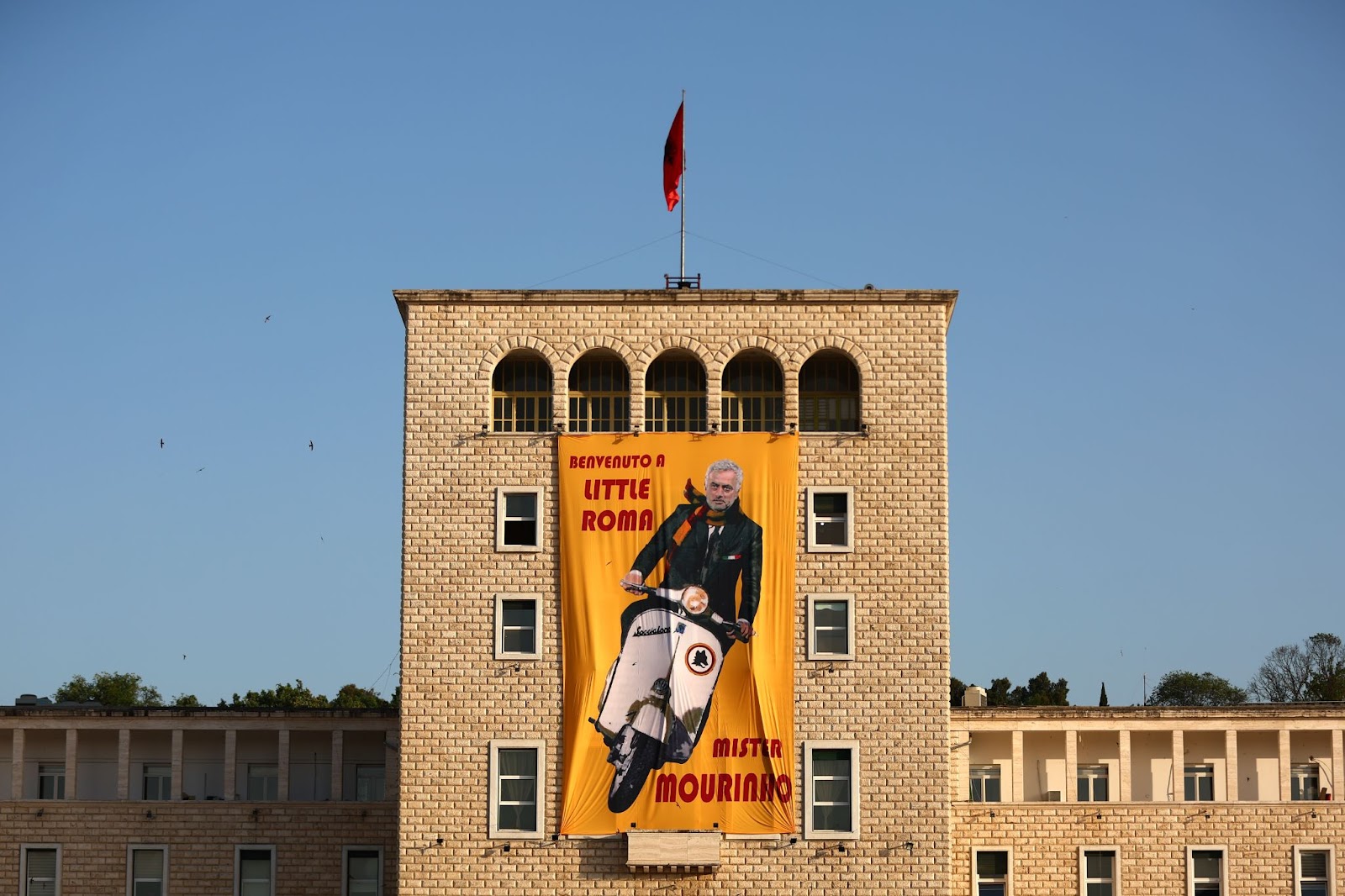 The Giallorossi have changed in this first year of Mourinho, the team seems grown and matured, even it is important to keep a thing in mind: finals have no logical sense, nothing must be taken for granted and there isn't a favorite team. It is always good to remember this "detail". Many players are grown up noticeably from the arrival of the Special One. Lorenzo Pellegrini, the captain, above all. Just read his words during the press conference of the day before the match and it's evident how much the midfielder has grown up with the shirt number 7, universally recognized as a worthy, legitimate and true captain, a true symbol of Romanism. Mourinho's impact on Pellegrini was evident, above all when he praised him publicly with the now famous phrase "if I had three Pellegrini, I would play all three of them as starters".

Roma fans completely believe in Mourinho, an actual guide and leader for a group made up of very young and unexperienced players. Another Giallorosso to watch, for the few that still don't know him, is Nicola Zalewski, a young man wing/left back born in Tivoli but National representative of Poland (for the origin of his parents), who grew up a lot thanks to the work of Mourinho. It has been possible to see his talent against Brendan Rodgers' Leicester. Just to remember some other trump cards of Mourinho, the set-pieces: the Giallorossi have scored a lot of goals from corners and free kicks, this season. The Special One has one doubt for tonight's match, the conditions of Mkhitaryan and therefore the presence from the first minute of Nicolò Zaniolo. 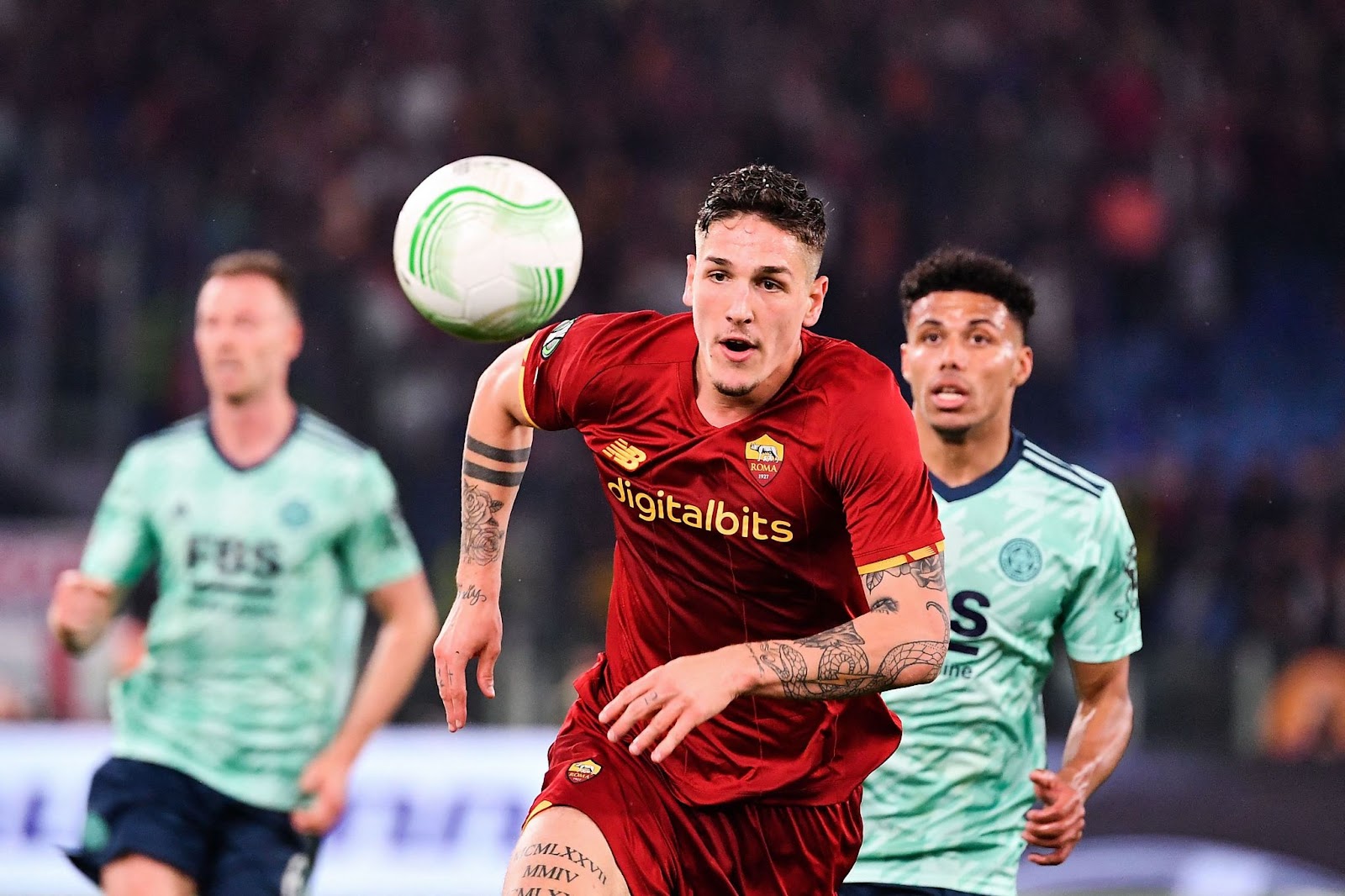 About Feyenoord, on the other hand, first of all it's necessary to point out their strengths. Arne Slot is a very good coach, his team scores many goals and in many different ways and does not concede many. The team conquered the third place in the standings in the Eredivisie with three points of advantage on Twente, they returned to play an European final and above all produced different talented footballers, interesting profiles like that of Lutsharel Geertruida, who grew a lot in the last period, the excellent Tyrell Malacia as a left back, the strong Marcos Senesi, who Mourinho likes a lot to reinforce the defence of his Roma in the summer. Roberto Mancini likes the central defender too, since he had called him up for the Italian national team: Senesi said no, he wants to play for Argentina.

Dessers, the Feyenoord centre-forward, is currently the top scorer of the Conference League, having scored one more goal than Tammy Abraham (and already this is a great merit, given the value of the level of the former Chelsea striker). To listen to the statements and words of the protagonists of the two teams, the impression is that the two teams are approaching this historic final in a very different way: both teams, of course, are happy to have reached the decisive match, but Slot's guys would seem to have come close to this final in a light-hearted atmosphere. 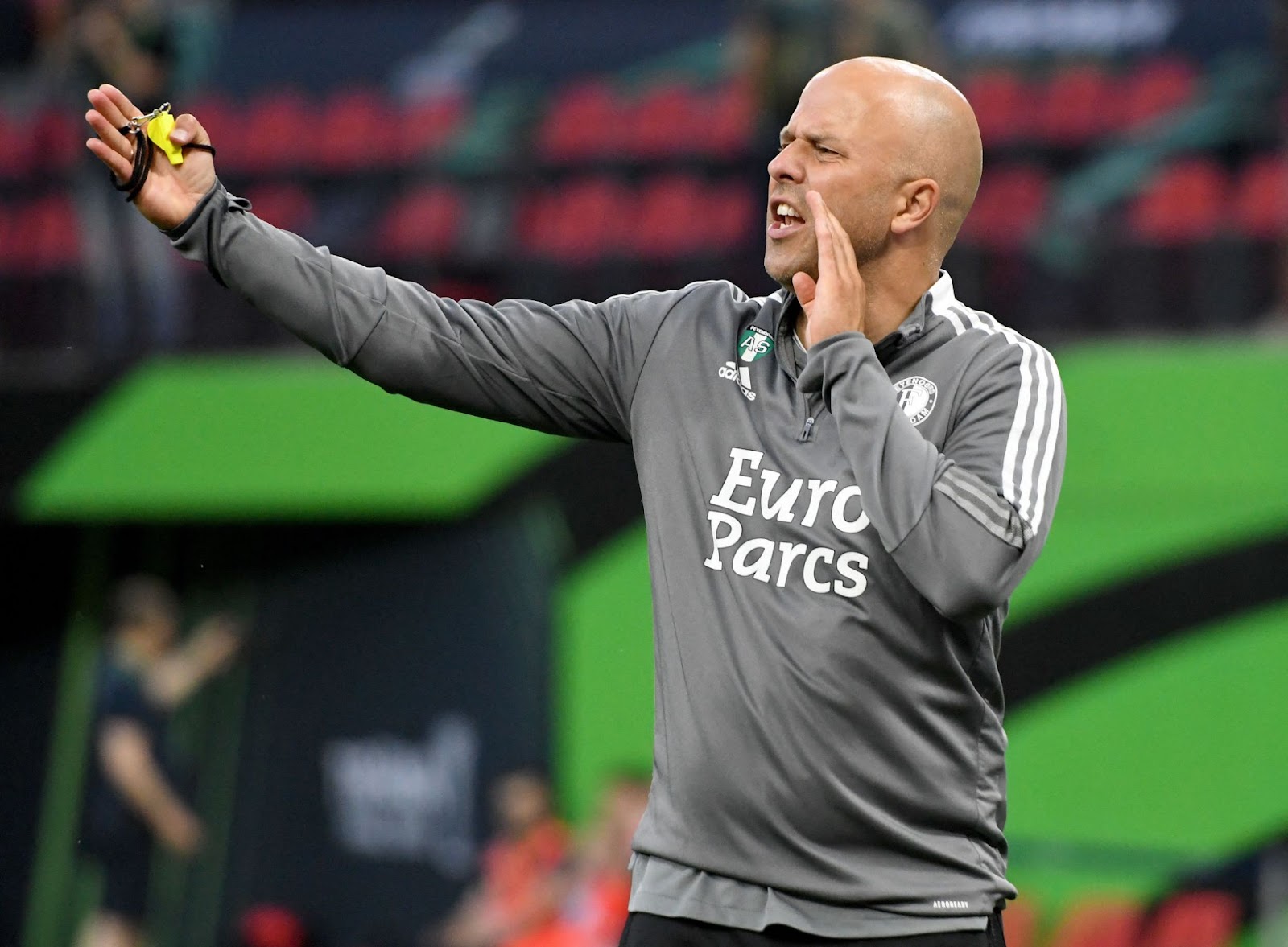 Definitely having ended the season 10 days affects the attitude from the team, so much so that the team went to Portugal to rest before the final, while Mourinho's Roma until Friday evening was engaged in the league, up to the very last day, to win the qualification in the next Europa League. It is impossible to make predictions , it is impossible to say which of the two teams has arrived better than the other to this game, that in any case will remain in the history of the two clubs. Slot and Mourinho, especially the second one, have done a lot for Feyenoord and Roma. Only six teams every year can play for an European trophy and being in Tirana, under the spotlights of the entire world of football, is anything but an obvious or trivial achievement and a mistake not to be made absolutely is to underestimate the paths of these two teams, well trained by their respective managers and protagonists of a long and difficult season, complicated and complex.

To see the match, to support Roma, there will also be Francesco Totti, who in the last period has been flirting with the club to return to work in Giallorosso, something that fans would obviously love. Not long before the match now, the ball is about to roll and only one team will lift the trophy to the sky.