Of the 24 teams competing at Euro 2020, 13 have used a back five at some point. Eight teams have used a back five system as a matter of principle, sticking to it every match. Others like Denmark and Austria have used it for specific games. Clearly, with over half the teams employing a back five in some way, shape or form, the wing-back has become an important role at this tournament.

For the minnows, it has allowed for an extra defender. Of the fourth-pot teams, Slovakia are the only ones to persist with a four-man defensive line. Wales have used the back five once, North Macedonia twice. Finland, Scotland and Hungary have stuck by a five-man back line for every single game they have played. The basic premise, put simply, is trying to stop better opponents by out-numbering them in key areas. Nonetheless, the wing-backs still provide these teams with some attacking impetus, whether through lung-bursting runs, exploiting space out wide, or simply firing in a cross. Jukka Raitala (Finland), Andrew Robertson (Scotland), Ezgjan Alioski (North Macedonia), and Attila Fiola (Hungary) have all played their part going forward.

For the higher-ranked teams, the wing-backs have been utilised even more offensively. This idea isn't necessarily new, but these Euros have been a great showcase for its effectiveness. Going from a 4-5-1 or a 4-4-2 to a 5-4-1 or 5-3-2 means taking away a midfielder or forward and adding a centre-back. Many 'stronger' sides deploying a back five are using their wing-backs as a way of making up for this shortfall, helping them to break down defences.

Wing-backs aren't just running and crossing at Euro 2020 - they're also finding the net. Of the 76 goals at the time of writing, nine were scored by wing-backs playing in a back five system. That represents 11.8% of the tournament's total. There are many different ways for wing-backs to contribute to a team's attacking weaponry, depending on their physical and technical characteristics. Some are aerial threats on crosses; some are clever in their movement behind; some are capable dribblers who can work themselves shooting angles; some are a combination of the above.

Denmark switched to a back five after their opening loss to Finland, and they've looked a lot better for it. Joakim Maehle, their right-footed left wing-back, has grown increasingly potent in the new system, with greater freedom to push up and dribble at defenders. His confidence, directness and speed has led him into dangerous positions on a consistent basis. Only Frenkie de Jong has completed more dribbles at Euro 2020 than Maehle, who is also just outside the top 10 players for shots with seven. Five of those were from inside the penalty area, one of which was Denmark's fourth goal in their crucial win over Russia. 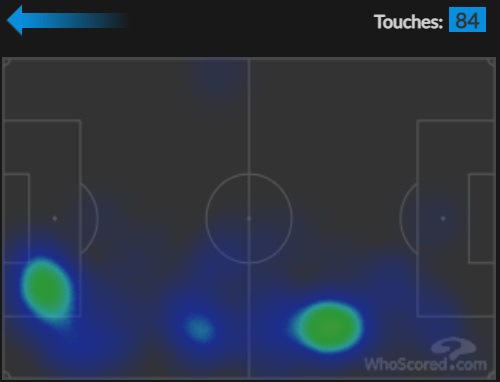 Denzel Dumfries of the Netherlands has been one of the stars of the show. Like Maehle, he is high on the list of shooters with six so far, all of which came inside the box. Those numbers highlight the fact Dumfries isn't trying his luck from distance. Rather, he's getting into credible scoring positions.

In many cases, he acts almost like a true forward, running into space behind defences in transition or when the press is broken. He has frightening pace, so defenders simply can't catch him. Once he gets going in these scenarios, it's just a case of his teammates finding him. And at 6ft 2ins tall, he also offers an aerial option, constantly hitting the box to attack high crosses. He scored against Ukraine this way. 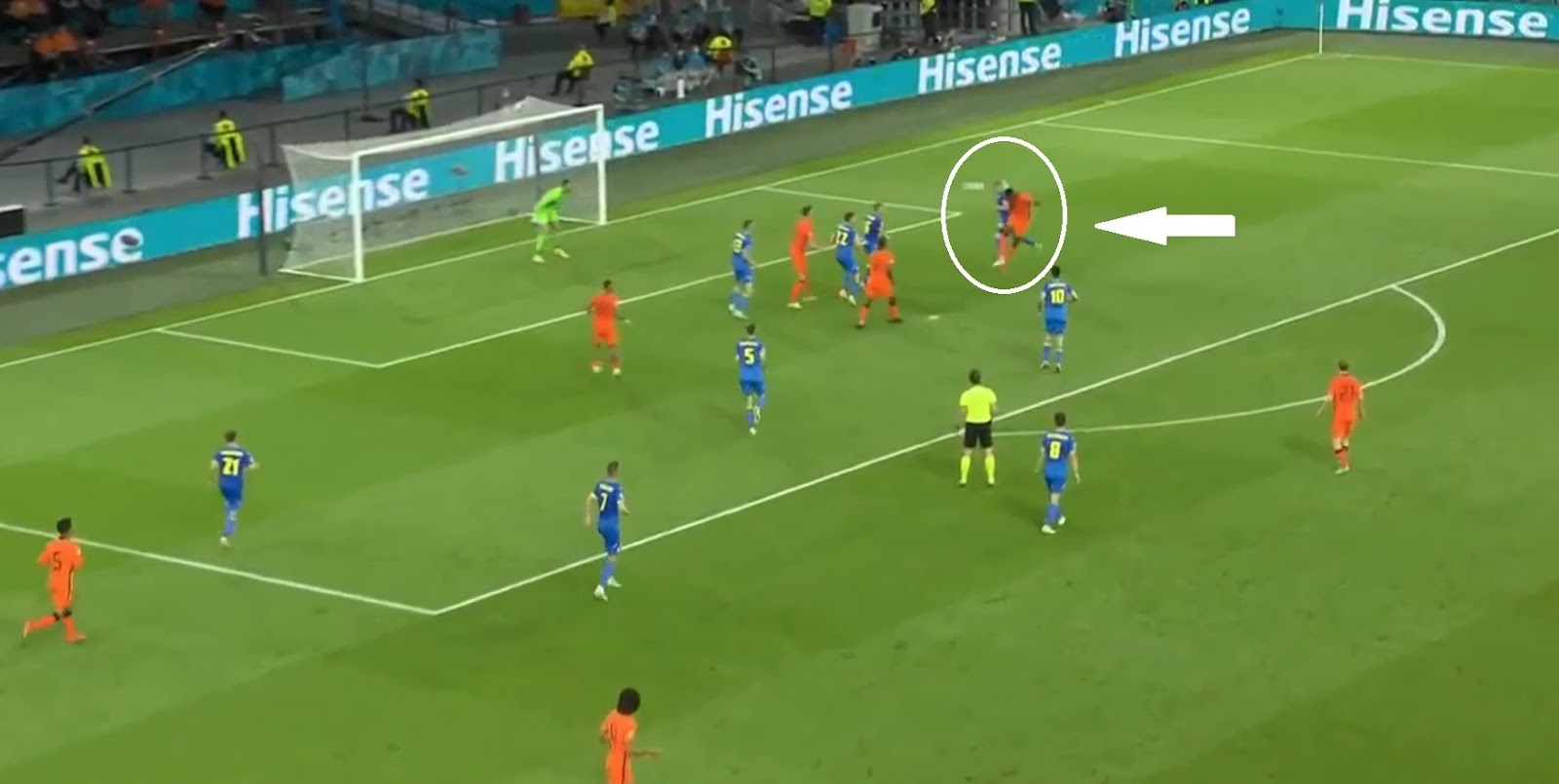 Dumfries has an excellent record at club level for PSV Eindhoven, averaging a goal every six or seven league games in the Eredivisie. He's currently joint-second in the scoring charts at Euro 2020, with two. On top of his header against Ukraine, he raced in against Austria to tap home and seal a 2-0 victory. He might be a wing-back for the Netherlands, but he's getting in and around the six-yard box and has shown he can finish on the ground or in the air. Two goals so far is a good return, though one might argue he should have even more.

Belgium's Thomas Meunier may not bring the same power and dynamism that Dumfries does, but he has quietly demonstrated a similar tendency to run on the blind side of defenders and hit the penalty area. And at 6ft 3ins tall, he too gives his team an aerial target to aim crosses at.

Meunier didn't start the tournament for Belgium, only coming in during the first game against Russia when Timothy Castagne was subbed off with an injury. But the difference in dynamic was instantly noticeable - when the ball was on the other side, he was looking to offer an option for a cross or a diagonal ball over the opposition left-back. Just past the half-hour mark he got his rewards, capitalising on a goalkeeping error to score a rebound.

Stefan Lainer further underlined the benefits of wing-backs making blind side runs in Austria's win over North Macedonia, getting in behind to score on a brilliant diagonal by Marcel Sabitzer. These runs are difficult for the opponent to track, mainly because the full-back cannot simultaneously watch the ball and a run made from outside his field of vision. 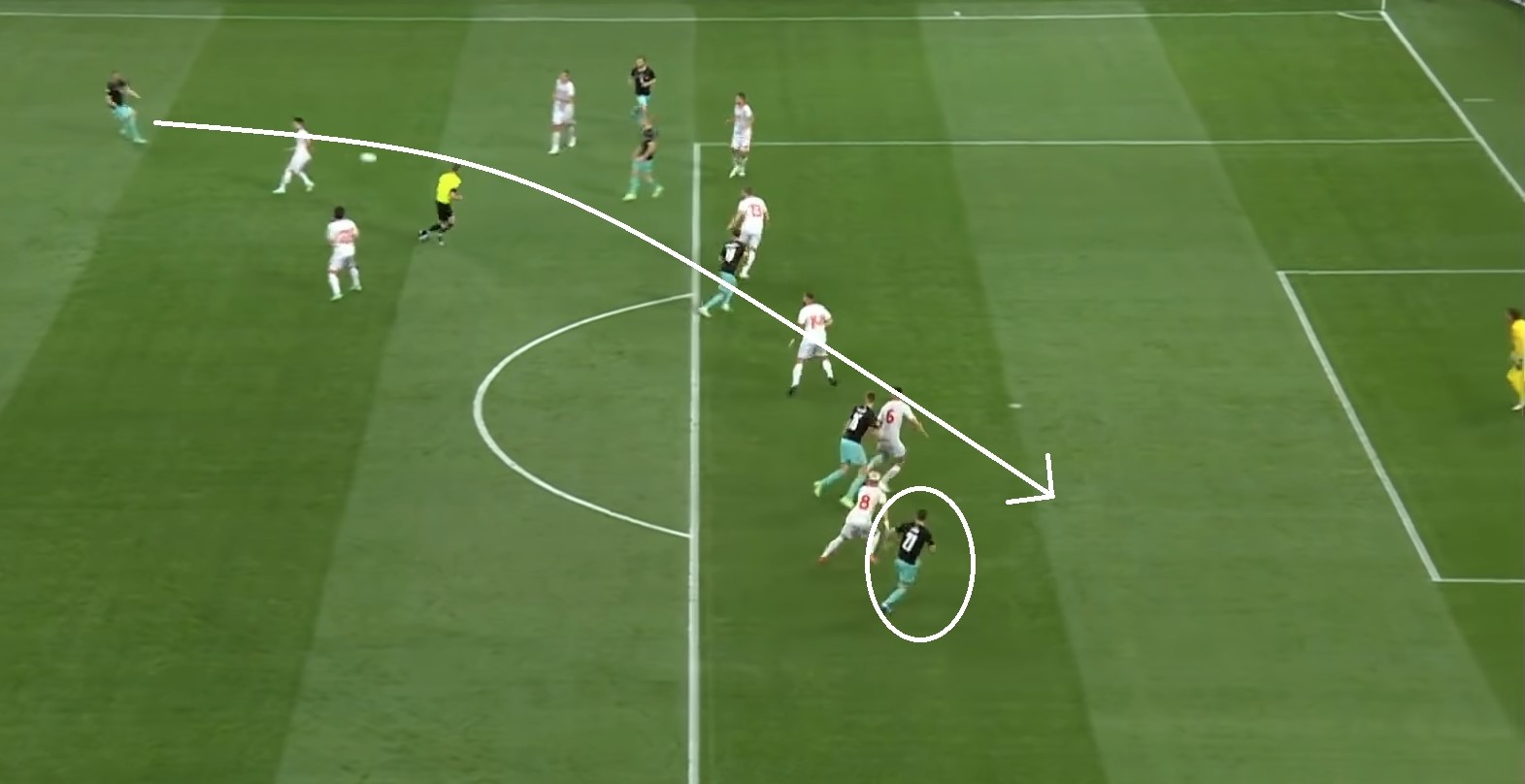 Individually, Maehle, Dumfries, Meunier and Lainer have all shown the value wing-backs can bring in the final third with their aerial threat, clever runs and/or dribbling skills allowing them to make and take shots inside the penalty box. But the best example of wing-backs being used systematically as attacking weapons came in Germany's 4-2 win over Portugal.

Portugal lined up for that game in their customary 4-2-3-1 shape, while Germany set up in an attacking 3-4-3. In truth, however, that 3-4-3 was more of a 3-2-5 as their wing-backs, Joshua Kimmich and Robin Gosens, took up such advanced positions from the get-go. That front five gave Portugal a serious headache. Their wingers found it impossible to track back with Kimmich and Gosens, meaning their back four was frequently overloaded and easily played around. On top of that, Kimmich and Gosens made plenty of darting blind side runs in behind occupied full-backs, and found their way into the box to hit scoring positions. 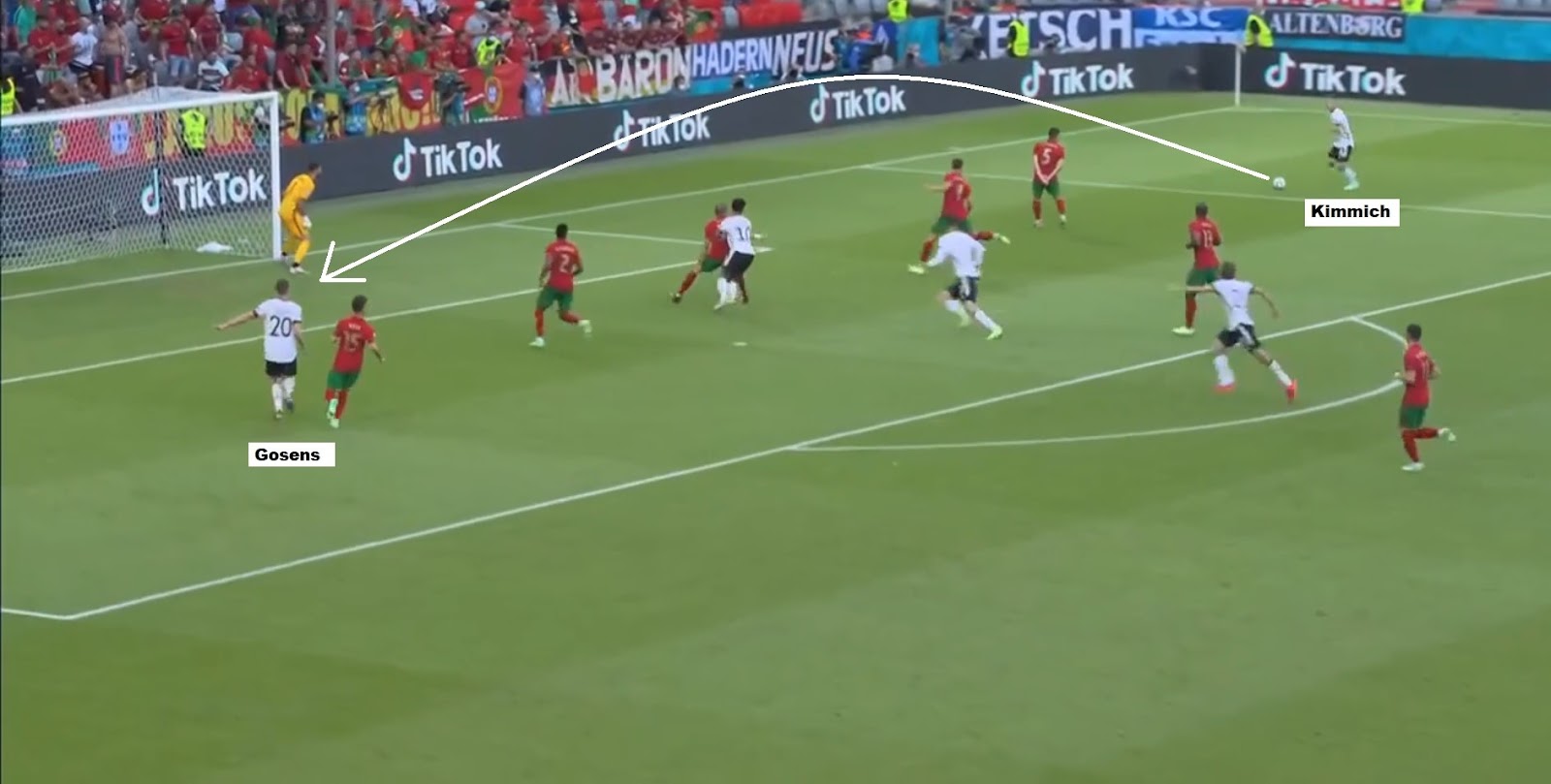 Kimmich set up the Gosens shot that led to Ruben Dias deflecting into his own goal for Germany's first. Their second came when Kimmich forced Raphael Guerreiro to do the same with a driven cross. Gosens assisted Kai Havertz for Germany's third, then came the pièce de résistance: Kimmich crossing, and the 6ft Gosens - who has scored 20 goals in 66 league games for Atalanta in the last two seasons - attacking the cross to score the fourth.

That performance and result was Germany's way of warning their rivals that they are viable contenders. It also hammered home the idea that wing-backs can be bona fide goalscoring options. In a tournament filled with back fives, this theme could recur all the way to the end.