Spain have exploded into life, emphatically securing their place in the last-16 with a whopping 5-0 win over Slovakia.

The game kicked off in Seville with all to play for, and the pressure mounting.

Enrique again stuck with his man Morata up top, with Moreno playing on the left and Sarabia coming into the side on the right. The Spanish side also welcomed back their captain Sergio Busquests.

The first major moment after a nervy start from the Spaniards came in the 10th minute when VAR was called into play.

The replay saw Hromada swing at the ball, but Koke got his leg in the way before the Slovakian could connect with the ball. The decision by Bjorn Kuipers after going to the screen was a penalty.

Up stepped the man in focus; Alvaro Morata, whose penalty was meagre and was saved by Dubravka who guessed correctly diving to his right.

The first 20 minutes were a microcosm for Spain's tournament thus far, with plenty being created and none being converted.

However the Spaniards were presented with a gift in the 30th minute. Satka played a poor ball across goal and turned it over to Sarabia, who unleashed from long range. His shot smashed against the crossbar and rose high into the sky. As the ball came down to earth however, Dubravka inexplicably couldn't touch it over the bar and managed to slap the ball into his own net.

In the space of 20 minutes Dubravka went from national hero to villain. 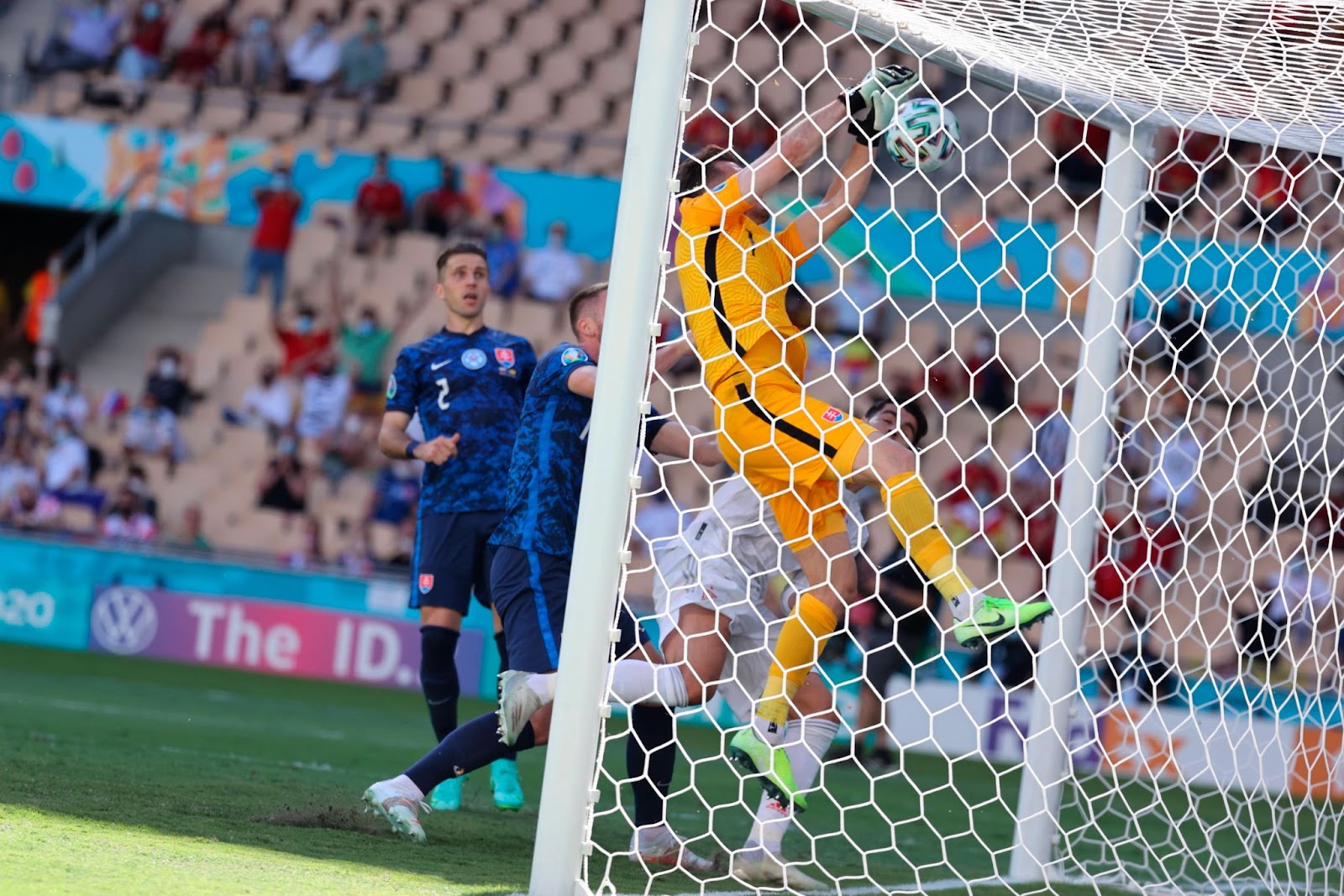 From that point forward Spain looked in control. They were expectedly dominant in possession, but their build-up play was far more aggressive and they played with much more urgency.

Slovakia on the other hand found it impossible to hold onto the ball, falling victim to the Spanish high-press and failing to register a shot in the first half.

Spain's grip on the game grew tighter right before the break, when another dissecting ball from Pedri found Moreno in the box, whose cross across goal found Aymeric Laporte's head. His header nestled into the top-right corner and sent the Spaniards in with a cushion going into half-time.

The floodgates opened in the second-half with La Roja not content to sit on their 2-0 lead.

In the 56th minute, Pedri fed the ball out to Jordi Alba, whose cross low into the box found Sarabia in the middle. Sarabia met the ball first-time and turned the ball into the bottom right corner off the post.

Again in the 67th minute, a Spain corner led to more joy. A one-two pass between Sarabia and Pedri saw the ball eventually fly across the box, where Ferran Torres, with his first touch of the game after coming off the bench, scored with a delightful flick. 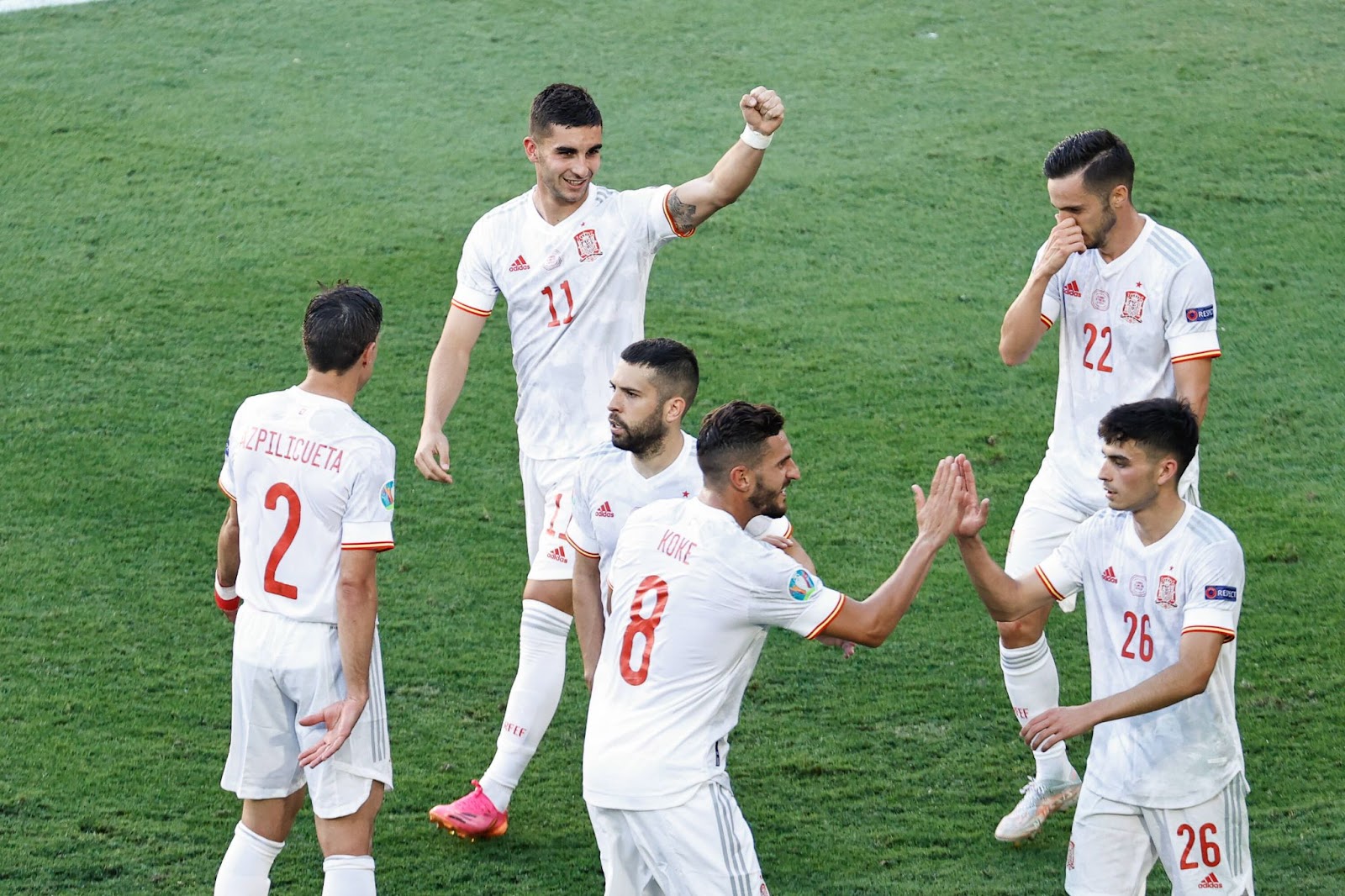 Spain find their groove before the knockout stage

Another instant-impact substitute from Enrique saw Pau Torres integrally involved from his first touch. In the 71st minute, with the ball pinballing around the penalty area, Torres headed goalwards and the ball was eventually turned in off Kucka for another own-goal.

It was a simply relentless performance from Spain, controlling the ball with class and pressing with energy. The passing was precise and controlled as always, but mingled with some end-product, the Spaniards look devastating.

Pedri, the 18 year old, was simply outstanding in the centre of the park, showcasing his incredible passing ability and control on the ball. He seemed to be at the centre of all what Spain were doing, and had an important hand in most of Spain's positive play.

For Spain, they now face Croatia in an intriguing Round of 16 clash, with Luis Enrique's men paying the price of a slow start with a tough match-up.

For Slovakia, it is the end of the road for them, who will be disappointed considering their optimism following the first matchday.