A night of intense drama ends all square in Group F, with France and Portugal battling out an electrifying 2-2 draw.

The stage was set in front of a packed house in Budapest, as the replay of the Euro 2016 final took centre stage.

It certainly did not disappoint.

For the first 25 minutes, the contest saw both sides tentatively feeling eachother out, while maintaining a high tempo and intensity.

Both sides enjoyed their share of possession and equally pressed without the ball.

Ronaldo had an early sight of goal with a header saved in the 6th minute, and Mbappe in the 16th minute was played in-behind by an incredible Pogba through-ball, only to fire his shot at the keeper.

The game truly went into full gear in the 28th minute, when Joao Moutinho sent his freekick into the box.

Lloris coming out to meet the ball put his fist to the ball, but also to Danilo Pereira's head with serious force. Antonio Mateu Lahoz pointed to the spot.

Who else but Cristiano Ronaldo? He stood up to the plate and smashed the ball home, sending the Portuguese into the lead. 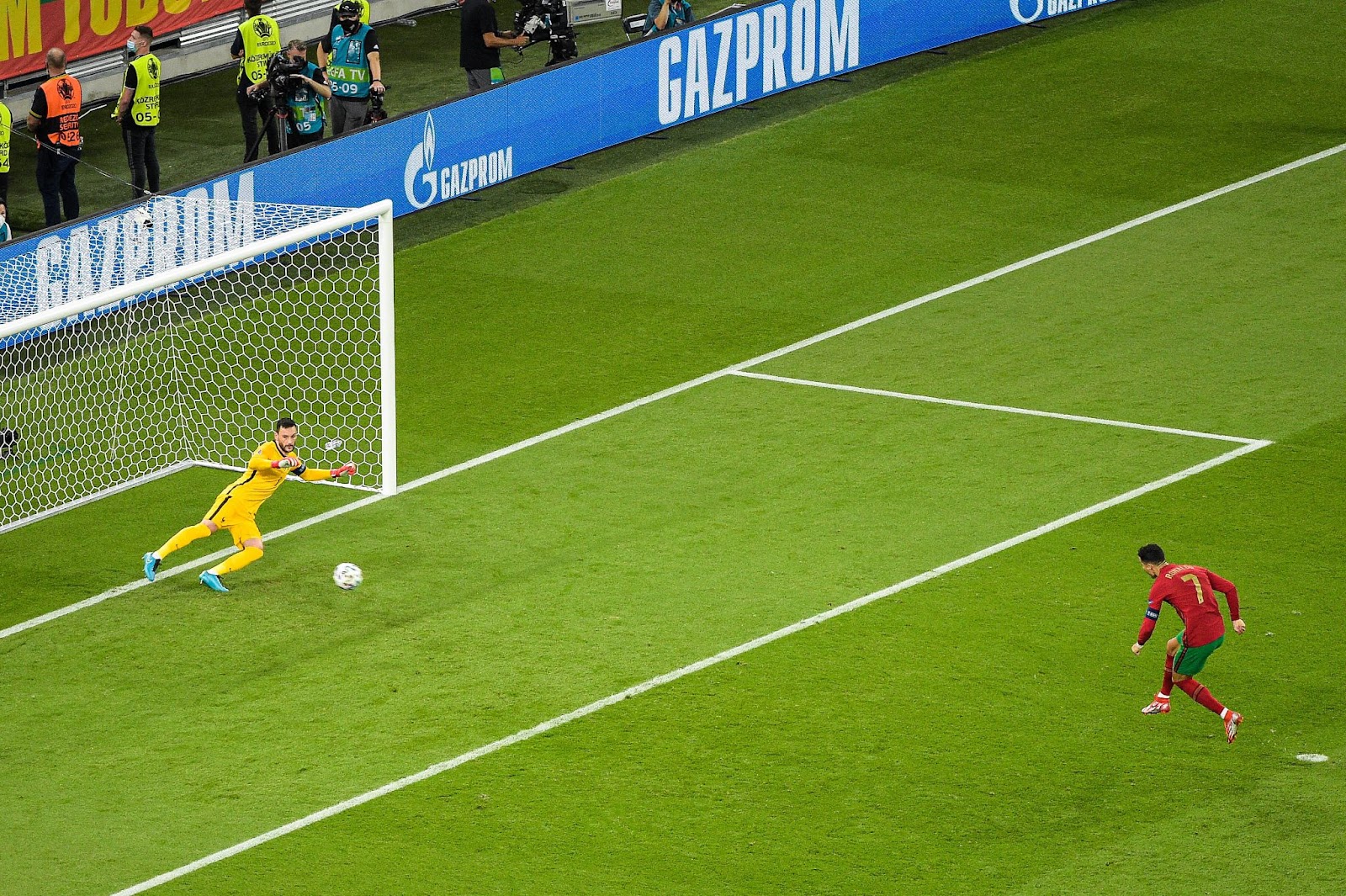 Ronaldo fires in from 12 yards out

From this point on Portugal looked completely dominant, controlling all aspects of the game.

Santos' two changes in midfield, Sanches and Moutinho, were instrumental in the first half. Sanches was strong in possession, with terrific ball retention, and Moutinho was ultra smooth and creative with his ball control and passing.

Similarly, the right-wing combination of Semedo and Silva proved threatening, with the pace of Semedo and the class of Silva on full display.

The defence of Portugal too kept the front-line of France quiet, with Benzema, Griezmann and Mbappe all nullified.

Paul Pogba seemed to be the main creative avenue for Les Blues if they wanted to get back into the game, with his arsenal of awesome passes.

This proved true as Pogba swung the game for France either side of half-time.

In the 45th minute, Pogba lobbed a through ball towards the box. Mbappe, charging to reach the pass, was checked by Semedo and went down, causing the referee to point to the spot again.

Benzema stepped up and sent Patricio the wrong way, scoring his first goal at a European Championship.

After the break in the 47th minute, it was Pogba again who played a magnificent long through ball around the back of the Portuguese defence, playing Benzema in behind. With his first-touch Benzema hit his shot across the keeper and watched it go in off the upright.

In the space of two minutes Portugal went from topping the group to sitting at the bottom.

10 minutes later however Portugal clawed their way back with ANOTHER penalty. Ronaldo with the ball on the edge of the box put in a cross that hit Kounde's arm at close range.

The man himself stepped up to the spot and once again found the back of the net; his 5th goal of the tournament. 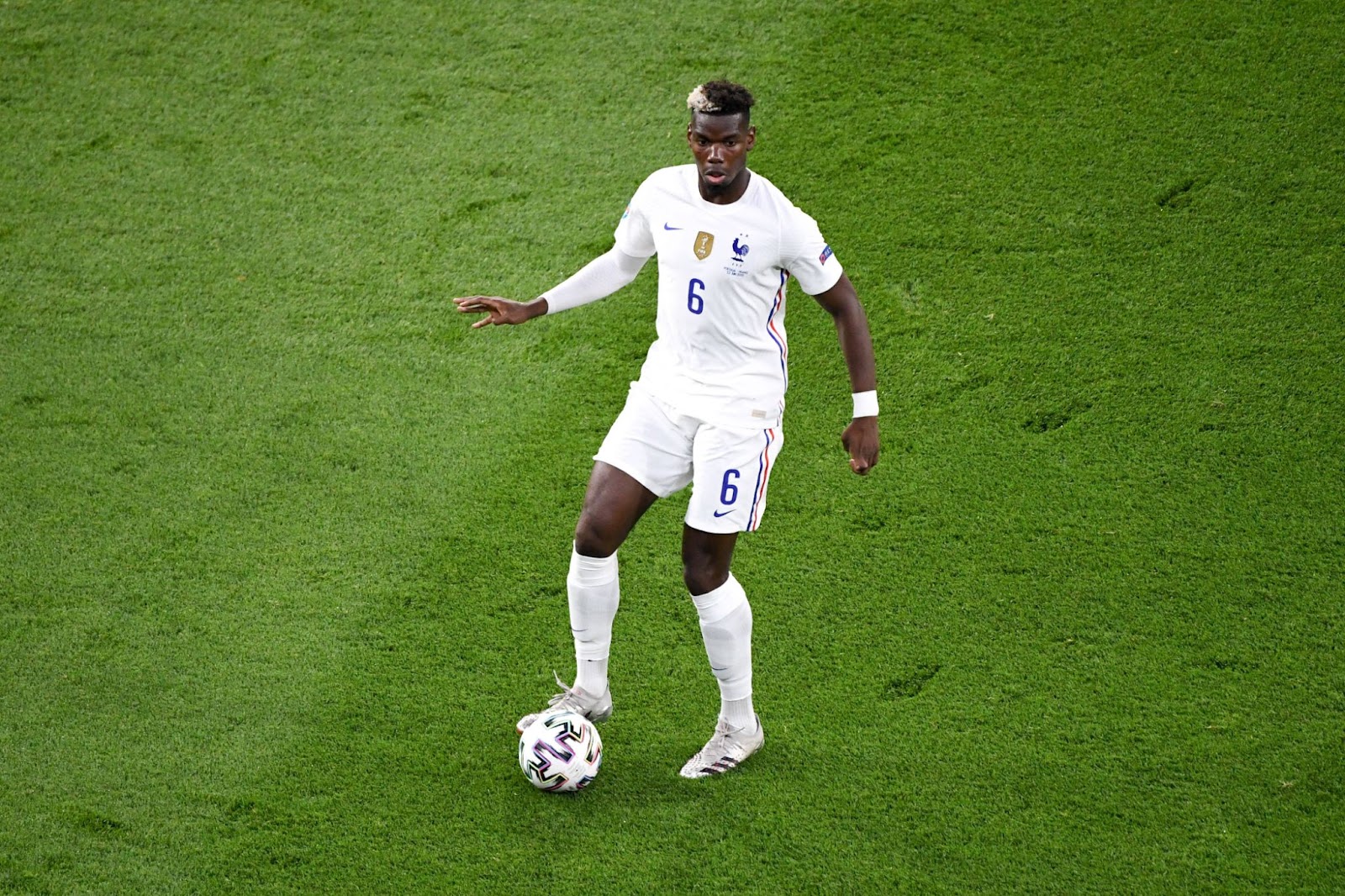 From that point on it was just wall to wall drama, with the Hungary v Germany match keeping everyone on the edge of their seats.

The dynamic of the group was constantly changing and the volatility of Group F was gripping.

Arguably the biggest moment of the 2nd-half came in the 68th minute when Pogba let rip a curling shot from the edge of the area. The ball looked certain to ripple the top corner, until Rui Patricio had his say. The keeper at full extension put out a strong right hand and touched the ball onto the bar. The follow up fell to Griezmann who fired back his shot first-time, only to be parried away by Patrcio again!

As the progress of both teams was assured, the game slightly slowed and after 5 additional minutes, the night of exhilarating football came to a close.

The result ebbed and flowed, but a draw seemed a fair result with both sides putting up a quality display. Results in Munich saw France finish in 1st and Portugal finish in 3rd.

France, topping the group, will face Switzerland in Bucharest on Monday, while Portugal will play in a mouth-watering encounter between themselves and Belgium in Seville on Sunday.