The recently-concluded Euro 2020 had its fair share of upsets, nail-biters, heart-warmers, and more. Long story short, the tournament was a spectacle to behold.

Just over a week ago, the Italian national team were crowned the Euro 2020 Champions after a glorious penalty shootout against England.

The standout performance of the game and subsequently, of the tournament, came from Paris Saint Germain goalkeeper Gianluigi Donnarumma.

The Italian shot-stopper's menacing presence between the sticks forced the Englishmen to miss 3 out of their 5 penalties taken that night.

Although Donnarumma's player of the tournament award came as no surprise to plenty of football fans, there were a multitude of players who stood-out for their respective nations - here's a comprehensive look at seven of them:

If any player has seen a significant rise to his value after Euro 2020, it's Manuel Locatelli.

The Lecco-born midfielder came into the Euros a relatively unknown entity. He plays for mid-table team Sassuolo back in the Serie A. But his performance in the heart of Italy's midfield have seen him attract interest from Italian juggernauts Juventus and Premier League side Arsenal.

Locatelli has always been a midfielder with maturity beyond his peers, his ability to make quick and smart decisions on the ball can see him become one of the best deep-lying playmakers of his generation.

With 2 goals, MOTM performance against Switzerland to his name, Locatelli used the Euros stage to showcase exactly what he's capable of to the rest of the world.

Schick proved to be one of the standout performers in the Euro 2020 tournament.

He led the Czech Republic to the Quarter-finals of the competition, scoring five goals in five games (including a 49 yard strike against Scotland) to become the tournament's joint-top scorer.

Since the Euro 2020 tournament, Schick has attracted the interest of West Ham and Everton with the Hammers looking to replace Jesse Lingard following his return to Manchester United and newly-appointed Everton boss Rafa Benitez keen on bolstering his side's attack going into the start of the new season. 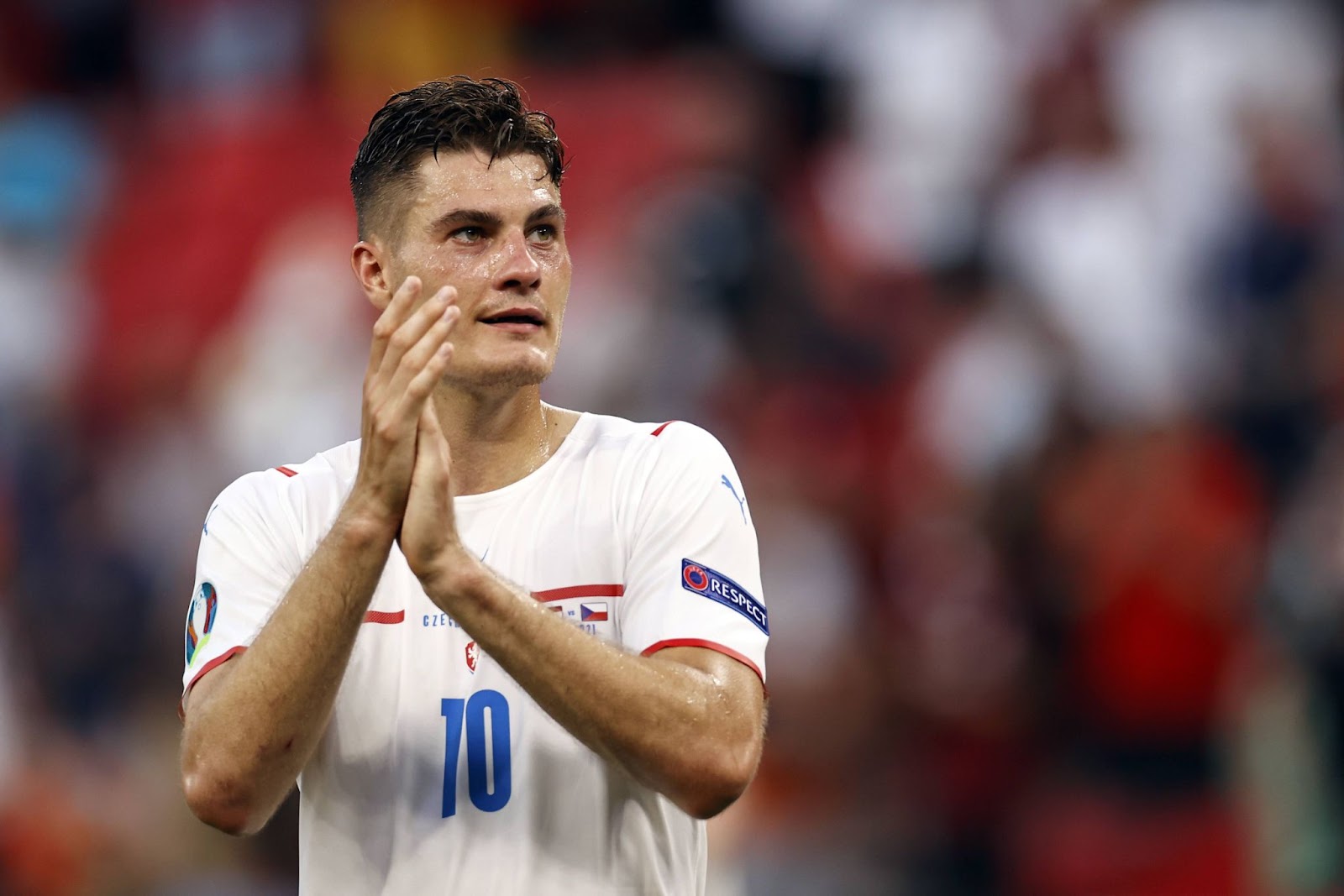 Schick was phenomenal for his country

Over the years, Shaqiri has put up stellar performances for Switzerland - and the Euro 2020 tournament was no different for the 29-year-old in that regard as he notched three goals and registered one assist in just five games for his country.

Beyond his goal and assist contributions, Shaqiri also lit his side up with heaps of flair, as he often took players on and created goalscoring opportunities with his deft touches on the ball and his creative plays.

Gosens is a surprise act by the very definition of the word 'surprise'.

You see, a few years ago, Gosens aspired to be a police officer, but as fate had it, he became a footballer, and "the saviour of Die Manschaft" various news outlets reported following Germany's 4-2 victory over Portugal in the Euros.

Although the German national team had what can only be described as a disappointing tournament campaign, Gosens played incredibly well throughout the tournament, so much so that he was arguably Germany's best player.

According to reports Gosens has already attracted the interest of Manchester United and Barcelona.

It remains to be seen where Gosens will ply his trade once the 2021/2022 season commences, but one thing's for sure, whoever signs Gosens will be getting one of the finest attacking-minded defenders to hold down their left flank for the next 5-6 years or maybe even beyond.

Although Jordan Pickford is a very popular name in Merseyside, his performance during this Euros came as somewhat of a surprise.

Pickford has always had a reputation for being a decent shot-stopper, but throughout the course of the tournament, Pickford proved that there was an extra layer to his goalkeeping abilities.

Pickford finished the tournament with a grand total of 2.3 saves per game - the least conceded goal average in the tournament and FIVE clean sheets in 7 games.

His clean sheet tally becomes even more impressive when you realise that his first goal conceded in the tournament came in the semi-finals.

Pickford rounded up his run in the tournament with 2 saves in the final penalty shootout of the competition, and he can be certain that although England didn't clinch the trophy, he has done well to improve his reputation as a goalkeeper. 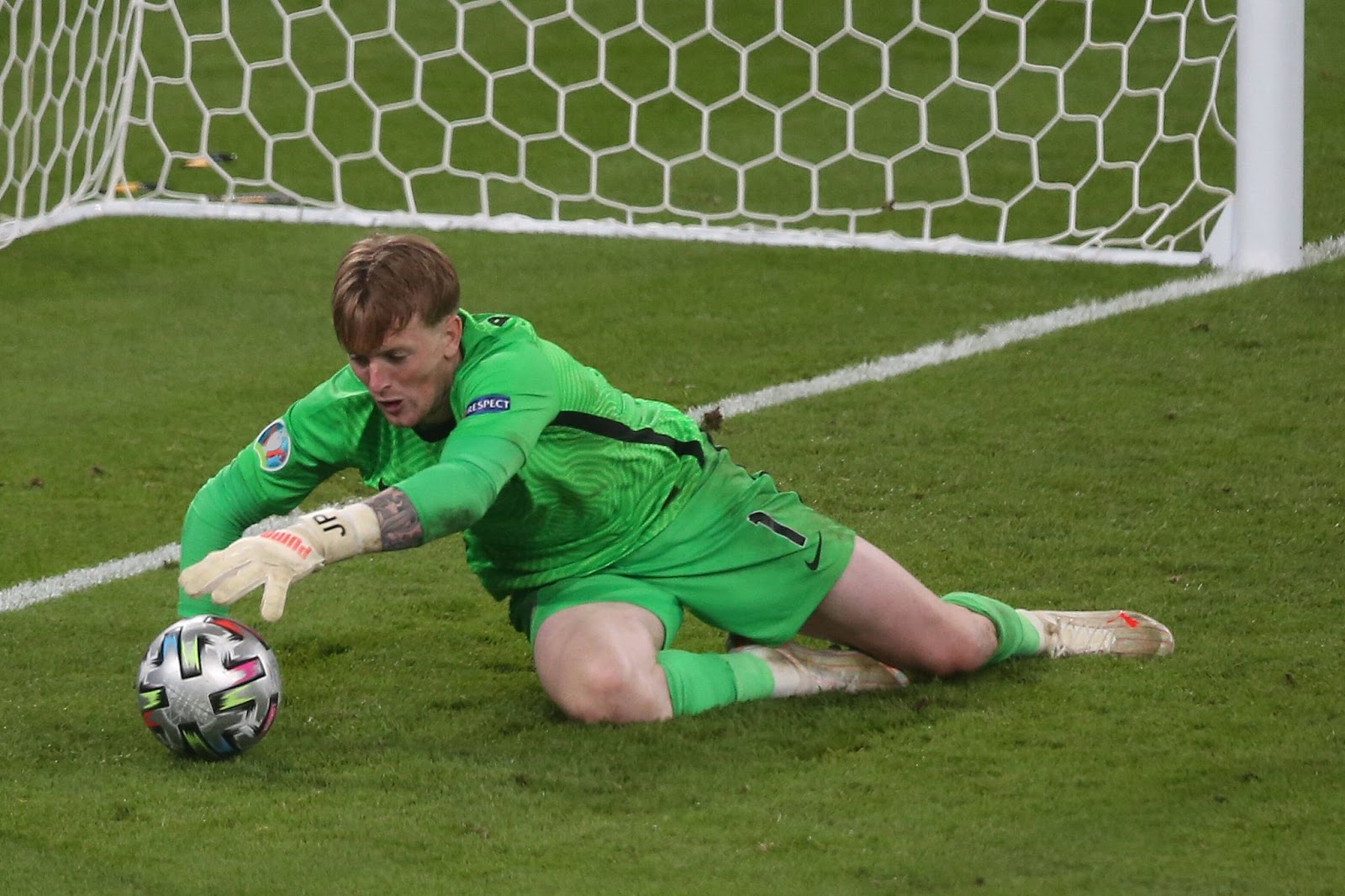 The Danish national team faced a very very huge scare in the early stages of the tournament with their star Christian Eriksen suffering a medical emergency against Finland. One could say that's where the Danish players drew inspiration from to overachieve and reach the semi-finals.

Kasper Schmeichel and Simon Kjaer played key roles in Denmark's tournament run, but one player who also made a major impact is Mikkel Damsgaard.

The 21-year old Sampdoria winger scored the only free-kick goal of the tournament and was part of the reasons Denmark made their mark on the competition.

Spanish giants Barcelona and Real Madrid are already monitoring his situation with one of them expected to make a concrete move for him before the summer transfer window draws to a close.

Over the past few years, Spain have under-performed in international competitions, due in large part to a lack of quality in their midfield.

Spain's dominant showings in international tournaments in the past can all be traced to the efforts of an elite group of midfielders - but ever since the likes of Xavi, Iniesta and Xabi Alonso hung up their boots, Spain have lacked a strong midfield core, and thus, they have struggled to replicate their performances of old.

However, following the advent of 18-year-old midfielder Pedri, Spain managed to put up a superb display in Euro 2020 before getting knocked out in the semi-finals by its eventual winners, Italy.

Despite not scoring a single goal or making an assist throughout the tournament, Pedri was named the young player of the tournament - and with good reason, considering he consistently played an influential role in his side's build-up play.

Pedri produced 348 passes into the opposition half (no other player produced more), he also averaged a pass completion rate of 92.3%, which speaks volumes about his technique and composure.

Pedri is undoubtedly the future of the Spanish national team - but it remains to be seen if Barcelona will be able to hold on to him over the next few years.