Italy will not have all the champions of France (Kylian Mbappé, N'Golo Kantè, Paul Pogba, Karim Benzema) and will not have all the talent of Portugal (from Ruben Dias to Cristiano Ronaldo to Joao Felix, Renato Sanches, and Bernardo Silva) and to be honest there is not even a great striker as strong as Harry Kane (England can also count on Jack Grealish, Raheem Sterling, Phil Foden, Marcus Rashford, Mason Mount), but Roberto Mancini's Italy can still be one of the stronger teams of the next European Championships, which will begin on 11 June in Rome.

There are national teams that are full of phenomenon or top players and reading all these names one after the other it is almost difficult even hoping in another possible glorious path like the one of the World Cup in Germany, in 2006. All that quality, all that talent: Italy can't rely on such players and it is useless to lie. 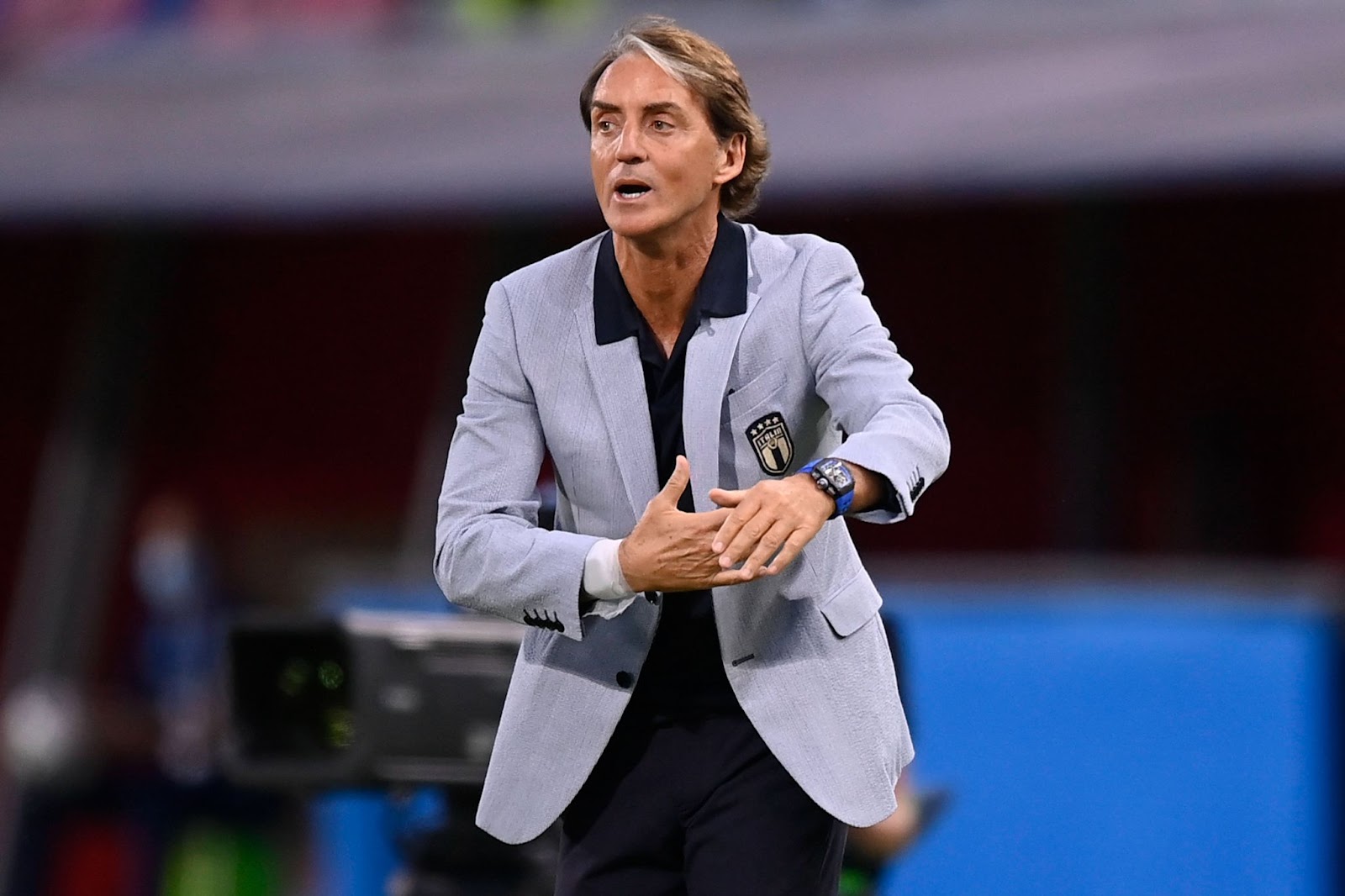 Roberto Mancini, the coach of the Italian national team, has done an extraordinary job so far (Giampiero Ventura's Italy was an actual nightmare and Italian fans are finally over that period) proving once again to be a top manager. This Azzurri side is known for its offensive tactics, plays excellent football and is made up of a close-knit group devoted to sacrifice, all qualities that allow Italian fans to dream. Group A includes Italy, Wales, Turkey and Switzerland. The main objective is first of all to win Group A in the best possible way, possibly arriving first in the standings, in order to avoid complicated pairings in the later stage. Avoiding one of the favourites in the title race would be absolutely essential in that case. The last friendly match before Euro2020 was a massive victory against Czech Republic, an impressive 4-0.

While in terms of the quality of the players there are several teams that are much better equipped, from a tactical point of view Italian side has enviable weapons and in a direct clash it would represent an obstacle for any national team. The "real" top player of the Italian national side is its coach. Mancini is the Italian coach with the highest percentage of victories in the history of the national team. Furthermore, Italy and Belgium are the only two national teams to have scored thirty points out of thirty in the qualifying matches for Euro2020. Even if technically inferior to other national teams, the Italians aim to the trophy and intends to go as far as possible.

Although some of Mancini's choices have left many Italian fans confused, the former Manchester City manager will still be able to work with reliable and potentially decisive players. Talking about the team, the strengths are certainly the role of the goalkeeper and the entire midfield, which is probably the real strength of the Italian national team, both in terms of assortment and for the average level. 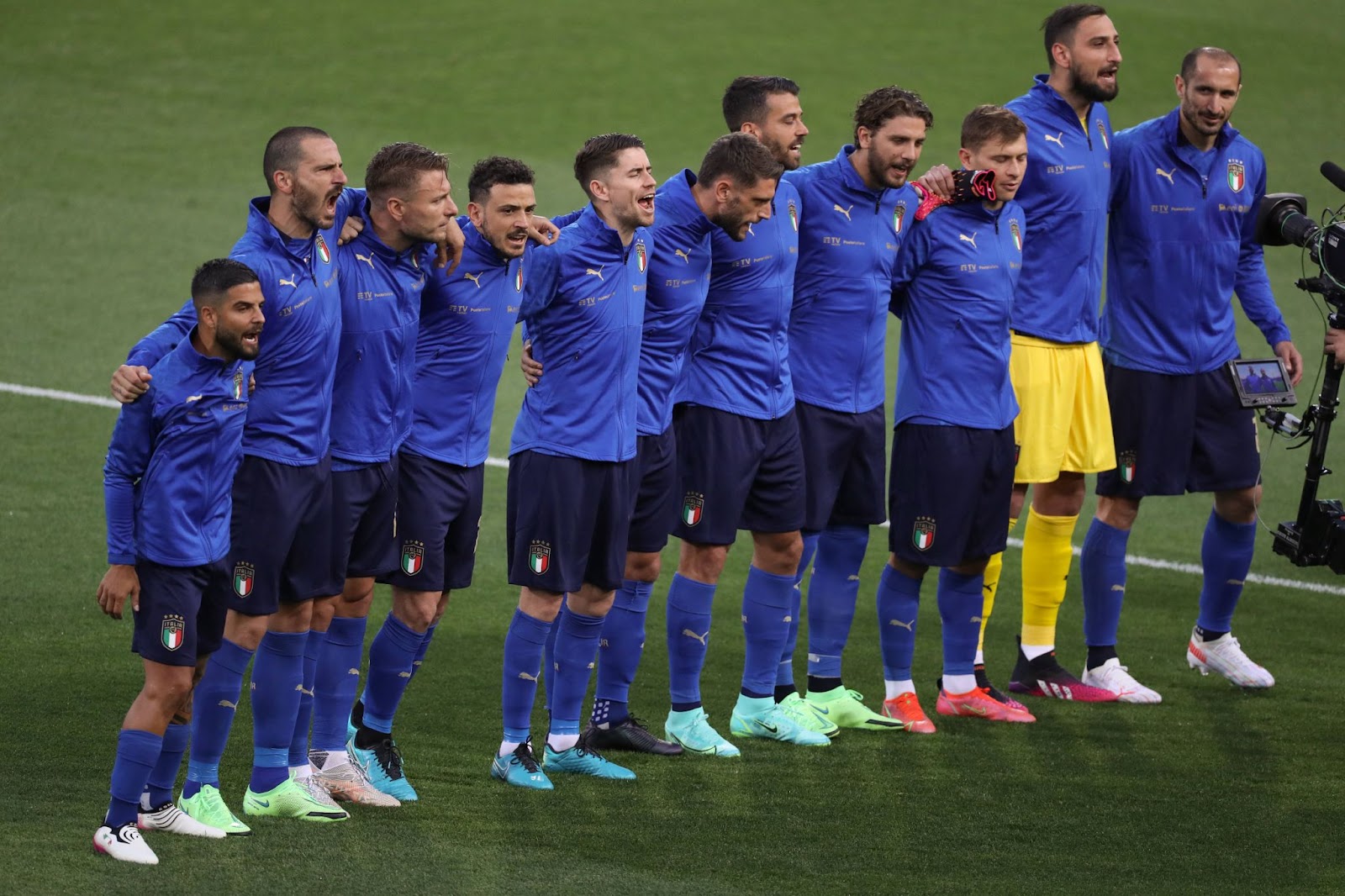 Jorginho (who has just won the Champions League with incredible performances, being as an absolute protagonist), Verratti, Pellegrini, Barella, Locatelli, Cristante and Pessina are all players of quality and substance. Above all they are very well matched, given that there are defensive midfielders, playmakers, central midfielders and attacking midfielders. Jorginho and Verratti are undoubtedly the playmakers of the team, while Pellegrini and Barella respectively guarantee quality (especially the Roma captain, who collected 11 goals and 9 assists this season) and quantity (among the players in Serie A with the most minutes played and more km covered).

Mancini in the qualification matches in order not to give up on any of these players has come to deploy Pellegrini in the role of left winger, to focus on fast and short passes. Pessina himself, one of the revelation players of Serie A in Gasperini's Atalanta, is a player capable of guaranteeing quality and quantity. A player probably still little known to many European fans, but who will certainly be able to give a big hand to his teammates, if called upon.

Donnarumma is undoubtedly one of the most important players of the national team (and certainly the most discussed, for the decision to leave Milan as a free agent). Scoring against Italy will not be an easy mission for any striker (Lukaku and Ronaldo, among others, who had to face him in the league, are well aware of this particularly), not so much for the excellent level of the various central defenders at Mancini's disposal, in particular we are talking about the two very expert leaders of Juventus, Bonucci and Chiellini, as well as for the incredible level of performances offered with great continuity by "Gigio", as the Italian fans call him.

Italy's opponents cannot even underestimate the Azzurri full-backs, a very important role for the attacking tactics of the Italian national team. The list of full-backs includes: Florenzi (starter of PSG), Spinazzola, Di Lorenzo and Emerson (European Champion with Chelsea), all players good at attacking, fast and with a great stamina. Especially Spinazzola, who plays for Roma, which balances the defensive deficiencies with great speed and great quality in dribbling, characteristics that make him a constant danger for the opposing defences. 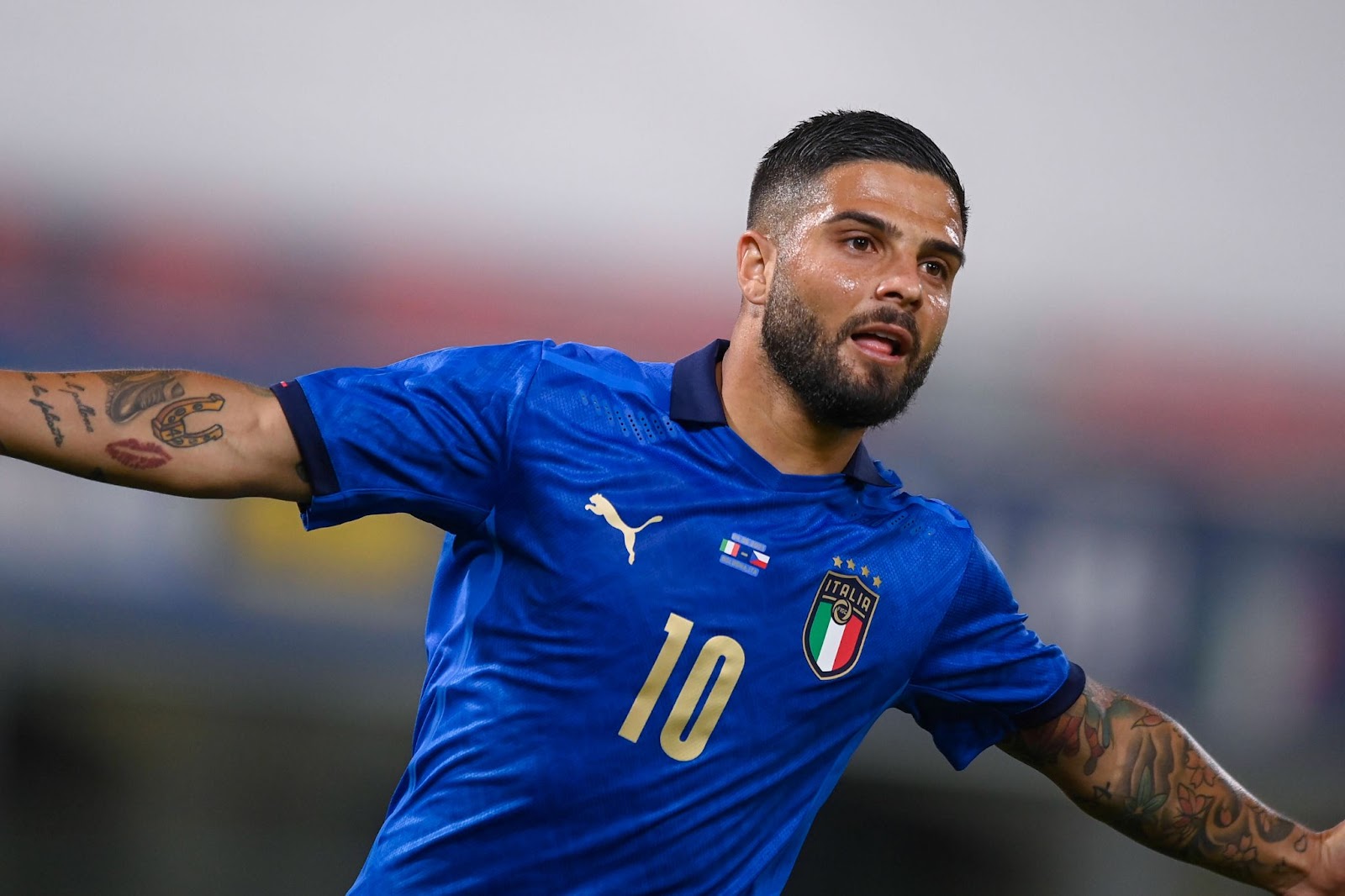 Despite the heavy absence due to injury of Nicolò Zaniolo (the best Italian talent in years), which Mancini tried to wait until the last second, Italian coach will be able to count on a group of good strikers and wingers. "Mancio" certainly expects a lot of goals from Ciro Immobile and Andrea Belotti, with the former likely to play the role of starter and that will have to establish himself in the national team as he has never been able to do so far, but the most important player in attack could be Lorenzo Insigne of Napoli, who played a wonderful season with his club. Lorenzo is called to an international consecration: his goals, his assists and his ability to combine speed and technique will be needed to worry every defence and ultimately to get his team to the Final. He is undoubtedly the most unpredictable player available to Roberto Mancini.

The player to follow with the greatest interest, however, could be Domenico Berardi. Even his name might be little known to many European fans, but the Sassuolo winger in this European championship could make the leap to the next stage. With the club team this season he scored 17 goals and 8 assists, great ballistic skills and a poisonous left foot, he could really make a difference for the Azzurri. The last thought, however, is inevitably dedicated to Giacomo Raspadori, a 21-year-old Sassuolo striker, of whom Mancini said: "I hope he can be our Paolo Rossi", referring to the surprising summoning of the Italian hero in the World Championship in 1982, won by Italy. Paolo Rossi scored 6 goals. No pressure Giacomo, don't worry.