Netherlands, already qualified for the Round of 16 after two previous wins in Group C, dispatched North Macedonia in Amsterdam on June 21 by a 3-0 scoreline.

In the 9th minute, North Macedonia's Goran Pandev (Genoa of Italy) fed Ivan Trickovski (AEK Larnica of Cyprus) on an excellent through ball for a goal but it was disallowed for offside. Both Pandev and Trickovski are retiring from international football now that the tournament is over for the European Finals debutants.

In the 24th minute, Memphis Depay (Olympique Lyon, who is joining Barcelona of Spain for the 2021-22 season), scored the opening goal for the Netherlands after a breakaway led by Donyell Malen. The Dutch attack went into overdrive in the second half, utilizing their speed and sublime passing as they quickly transitioned rapidly out of defense. 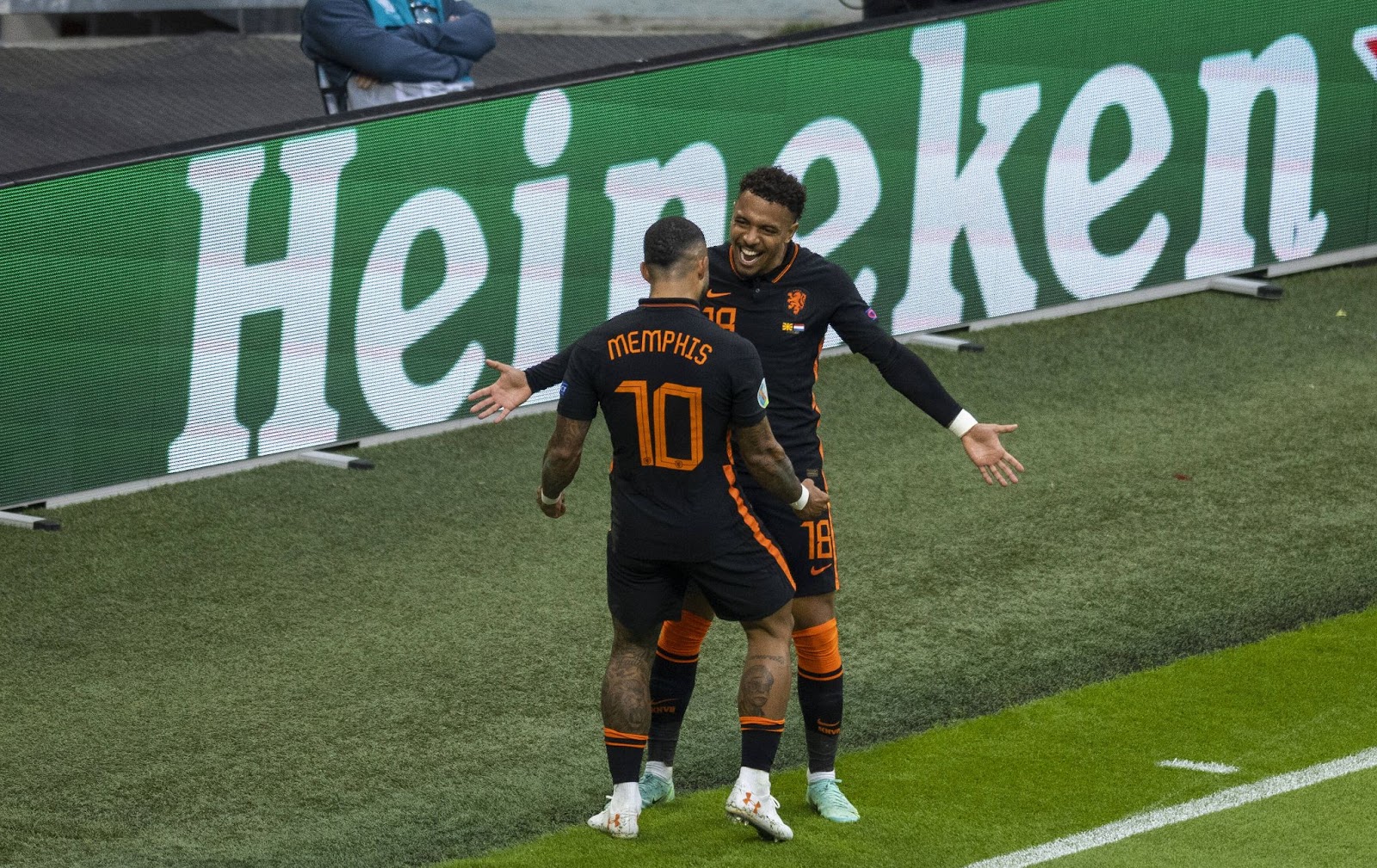 Depay fed Georginio Wiljnaldum (Liverpool of England, who is joining Paris St. Germain in Paris for the 2021-22 season) to score in the penalty box for a 2-0 advantage in the 51st minute. Wiljnaldum scored his second of the game and third in three EURO games in the 58th minute.

Darkov Churlinov (VfB Stuttgart of Germany) had another North Macedonian goal disallowed for offside in the 72nd minute. The game was entertaining throughout and the Netherlands finished with 17 shots to 12 for North Macedonia (7 to 1 for shots on frame) and led in possession (56% vs. 44%). 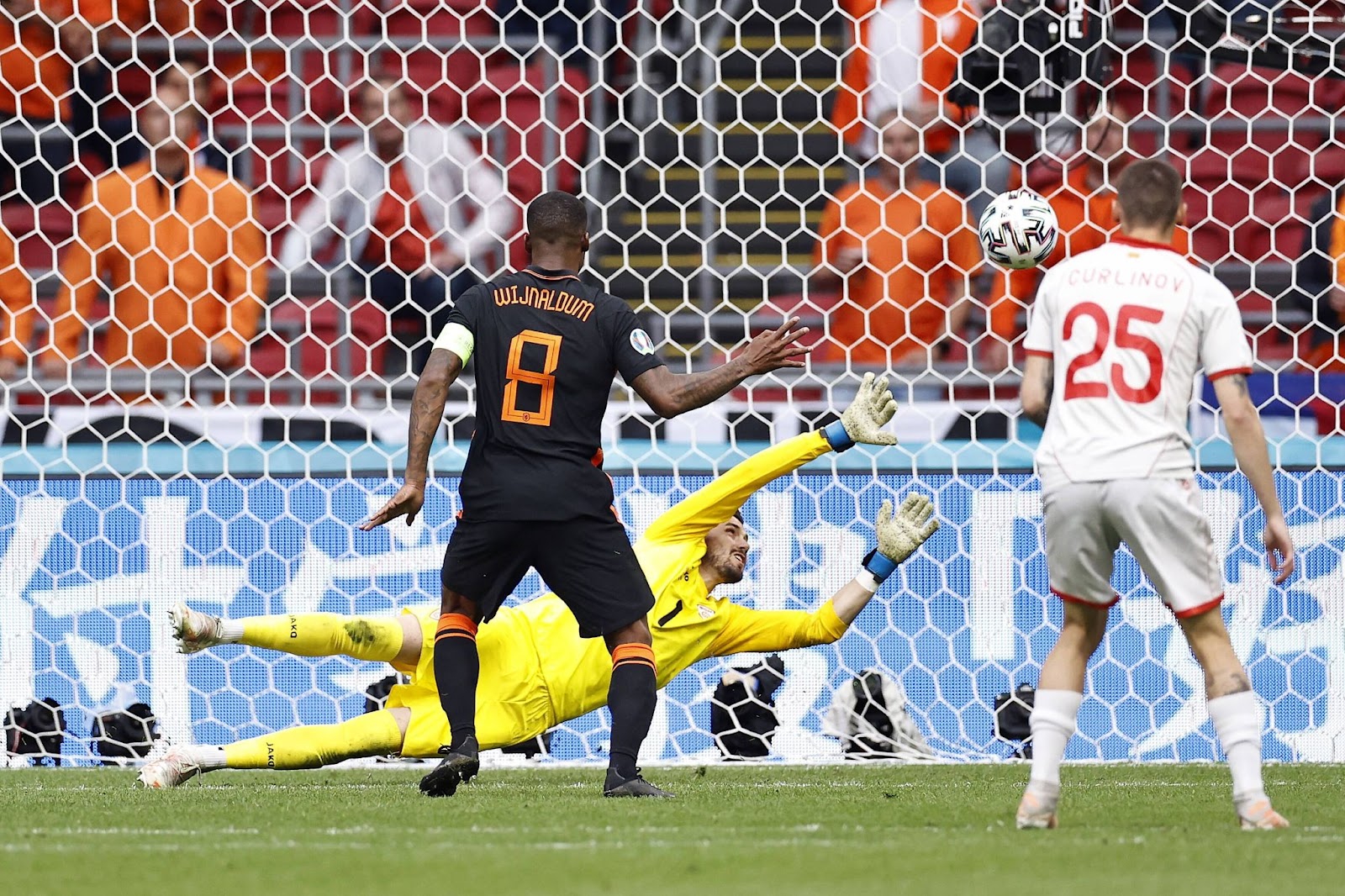 Wijnaldum is on fire

The Netherlands finished Group C in first place with three wins and showed such quality moving forward that they should be a serious concern to their opposing sides in the knock-out stage. North Macedonia finished with three losses and scored twice while allowing seven goals but were competitive in their first ever major finals appearance. In a sporting movement before the game, Pandev was presented with a Dutch jersey with the number 122—representing his total number of caps—by Netherlands captain Wijnaldum.