Italy are European champions after beating England on penalties in the Euro 2020 final at Wembley.

The scores were tied after 120 minutes after Luke Shaw's early opener was cancelled out by Leonardo Bonucci in the second-half.

An early sign of England nerves was quickly quelled when a stunning counter-attack put the home side ahead after just two minutes.

Harry Maguire headed clear an Italy corner and England broke with menacing pace as Harry Kane sprayed the ball to the right wing for an onrushing Kieran Trippier, whose immaculate cross found Luke Shaw at the back post.

The Manchester United left-back had plenty to do, but given his form over the past 12 months, it is perhaps no surprise he rifled a difficult half-volley past Gianluigi Donnarumma. 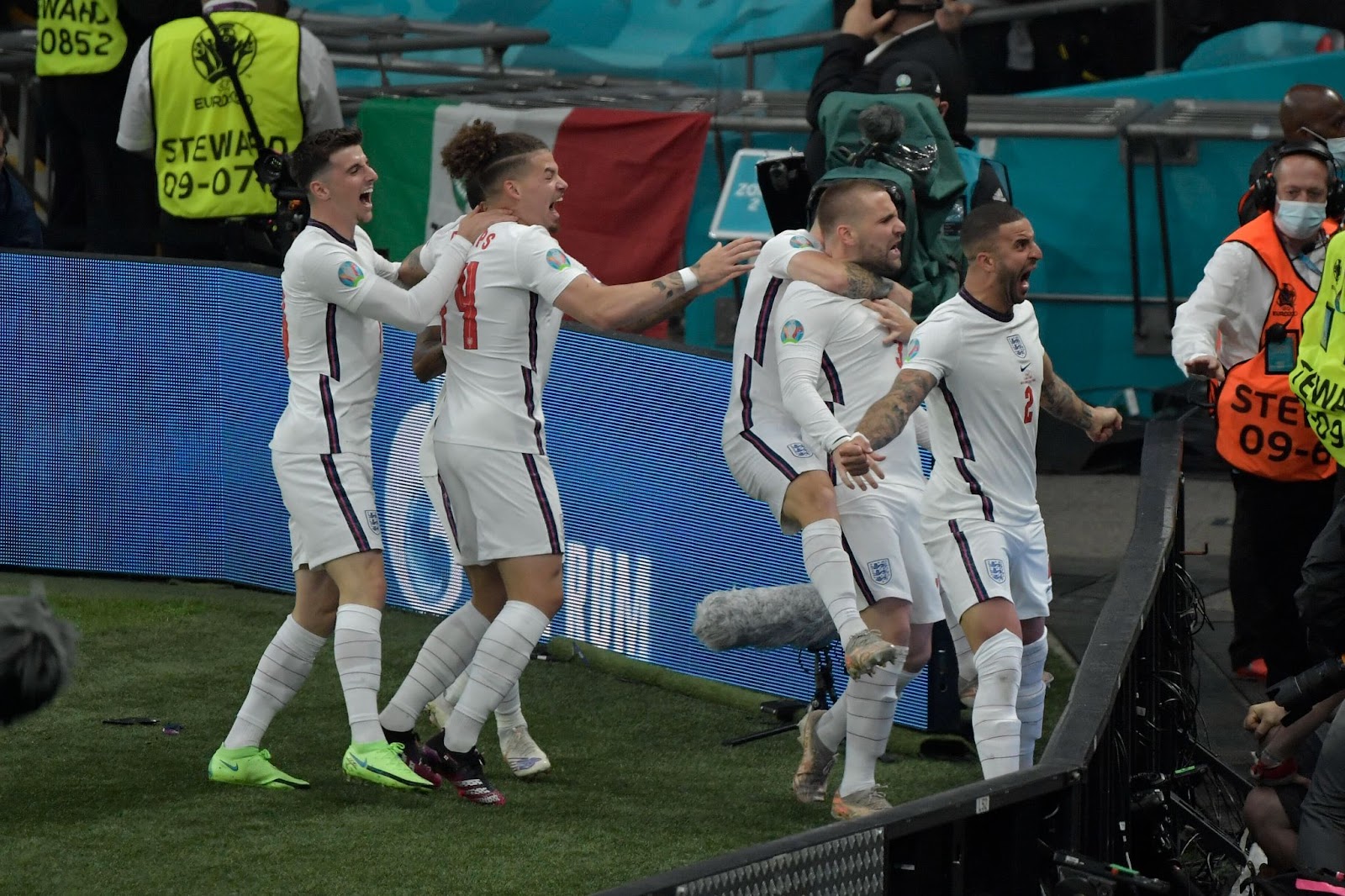 Understandably stunned, Italy slowly worked themselves back into the game as Jorginho pulled the strings from midfield.

But that didn't stop the threat of England's counter-attack as Trippier almost grabbed another assist, only for his square cross to evade Raheem Sterling.

Federico Chiesa came closest to equalising before half-time. The Juventus star, arguably Italy's best player at Euro 2020, went past Declan Rice with ease before releasing a rasping strike past the post.

Things almost went from bad to worse for Roberto Mancini's men early in the second-half when Raheem Sterling went down in the box, but the referee rightfully waved play on.

Sterling then conceded a silly free-kick on the edge of the Italy box but Lorenzo Insigne wasted the opportunity by spraying wide of Pickford's post.

Pickford was then called into action twice in quick succession, first denying Insigne and then Chiesa, who was centimetres away from tucking the ball into the far corner.

England began to sink deeper and deeper in their own half and Italy made them pay when a corner saw a mad scramble in the box finished off by Leonardo Bonucci. 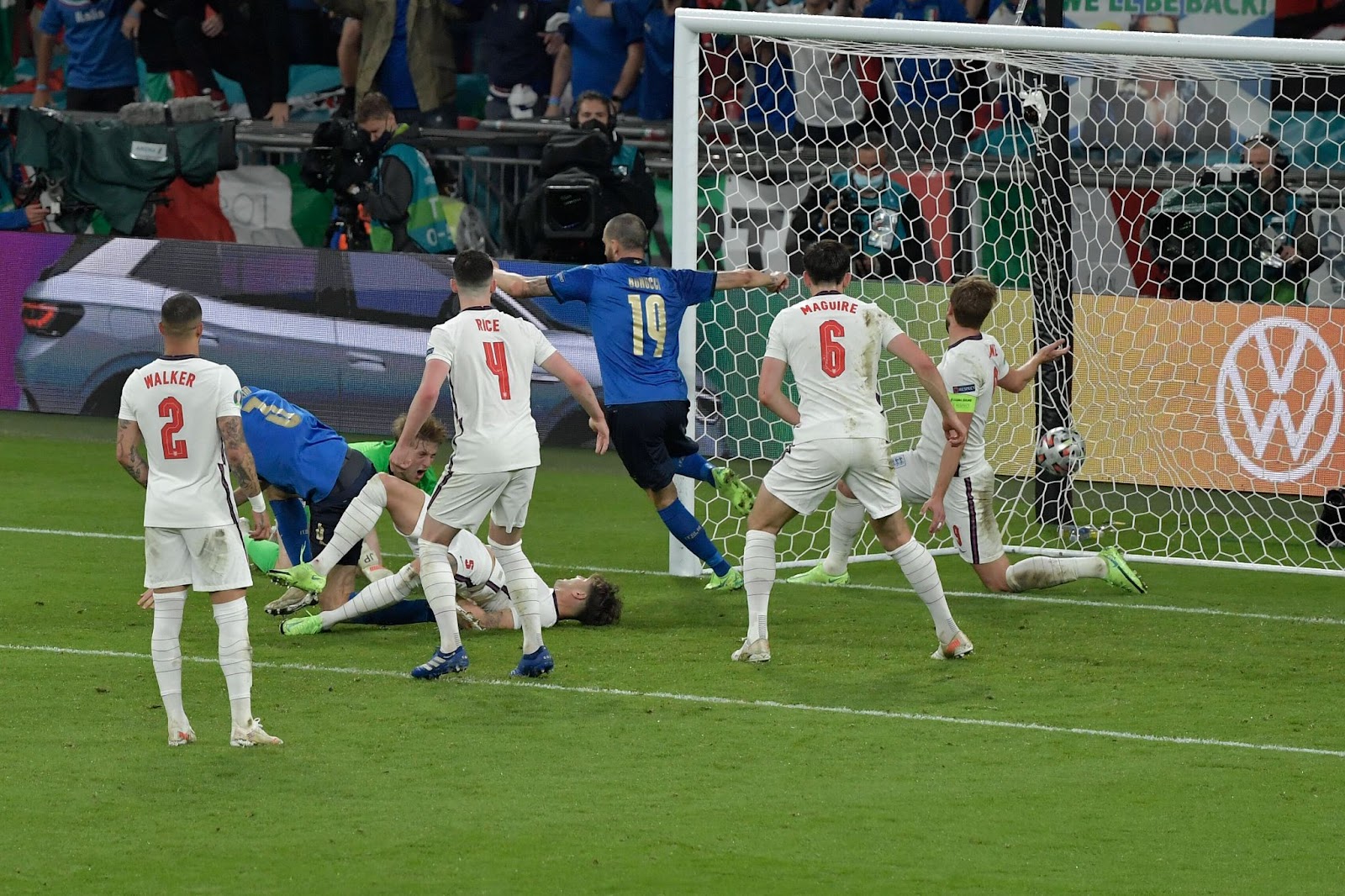 Italy had their tails up, but despite their dominance, failed to conjure up many clear cut chances, perhaps inhibited by Chiesa hobbling off injured with under 10 minutes remaining.

Not much changed in the early stages of extra-time. Italy looked impenetrable at the back and their attackers continued to press England's defence ferociously.

Southgate's side weren't without hope however as Sterling blundered a promising counter-attack and Kalvin Phillips hit wide from distance.

Italy had an excellent chance just before the end of the first extra-time period after Emerson's dashing run was blocked by Pickford, with the ball then pinging off Andrea Belotti at high speed before sailing wide.

The second-half of extra-time saw both sides caught in limbo between going for the win and potentially making a mistake or sitting back and waiting for penalties.

It seemed Italy accepted the later as the half went on with England finally pushing the visitors into their own half for a decent period of time.

But the Three Lions too were apprehensive in attack, wary of the consequences of being caught on the counter-attack, and the match finished 1-1 after 120 minutes.

Wembley held a collective breath as each manager allocated their spot-kick takers. 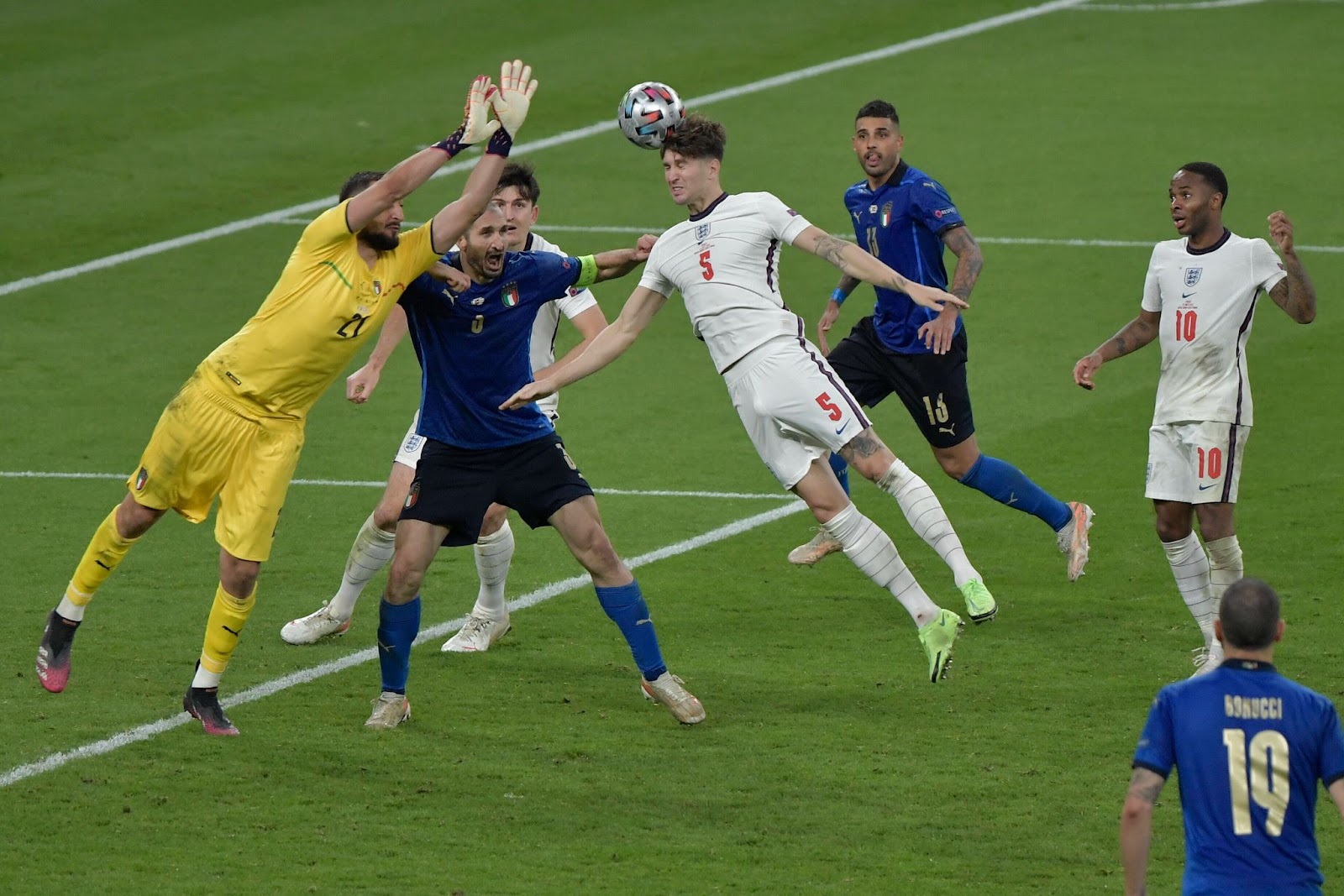 As they did against Spain, Italy won the toss and took the first penalty with Domenico Berardi finishing with poise to put his side ahead.

Harry Kane responded for England with an excellent strike into the bottom corner.

Andrea Belotti did not look confident walking up to the spot and the Torino striker's tame effort was subsequently saved by Pickford.

Harry Maguire put England ahead 2-1 with a smashing strike into the top corner, only for Marcus Rashford to miss off the post after Leonardo Bonucci scored his penalty.

Federico Bernardeschi then finished calmly down the middle before substitute Jadon Sancho saw his penalty saved by Donnarumma.

Jorginho was then denied by Jordan Pickford in dramatic fashion, but Donnarumma stopped Bukayo Saka to give Italy their first European Championship since 1968.

Man of the Match:Gianluigi Donnarumma