Italy and Spain went head-to-head for a place in the UEFA Euro Final and did not take the easy route by any means. Spain performed brilliantly and looked the stronger of the two sides on the day, but Italy took the highway to hell via a penalty shootout to secure their place in the final of Euro 2020.

These two sides are no strangers in the Euro Championships, having faced off in every tournament since 2008.

The Spanish won in 2008 and in the final of 2012 during their 4-year dominance of world football, before Italy pulled one back in 2016 by eliminating Spain in the round of 16.

Italy's run has been flawless since the end of last year, having won 12 consecutive international matches and remain undefeated in their last 32 international games. The loss of Leonardo Spinazzola to a ruptured Achilles tendon is hard to cover but provides them with an extra incentive to win.

On the other hand, Spain's Euro campaign was slow off the blocks, drawing their first two group stage games before becoming the first team in Euro Championship history to score 5 goals in back-to-back matches, which includes 2018 World Cup finalists Croatia. 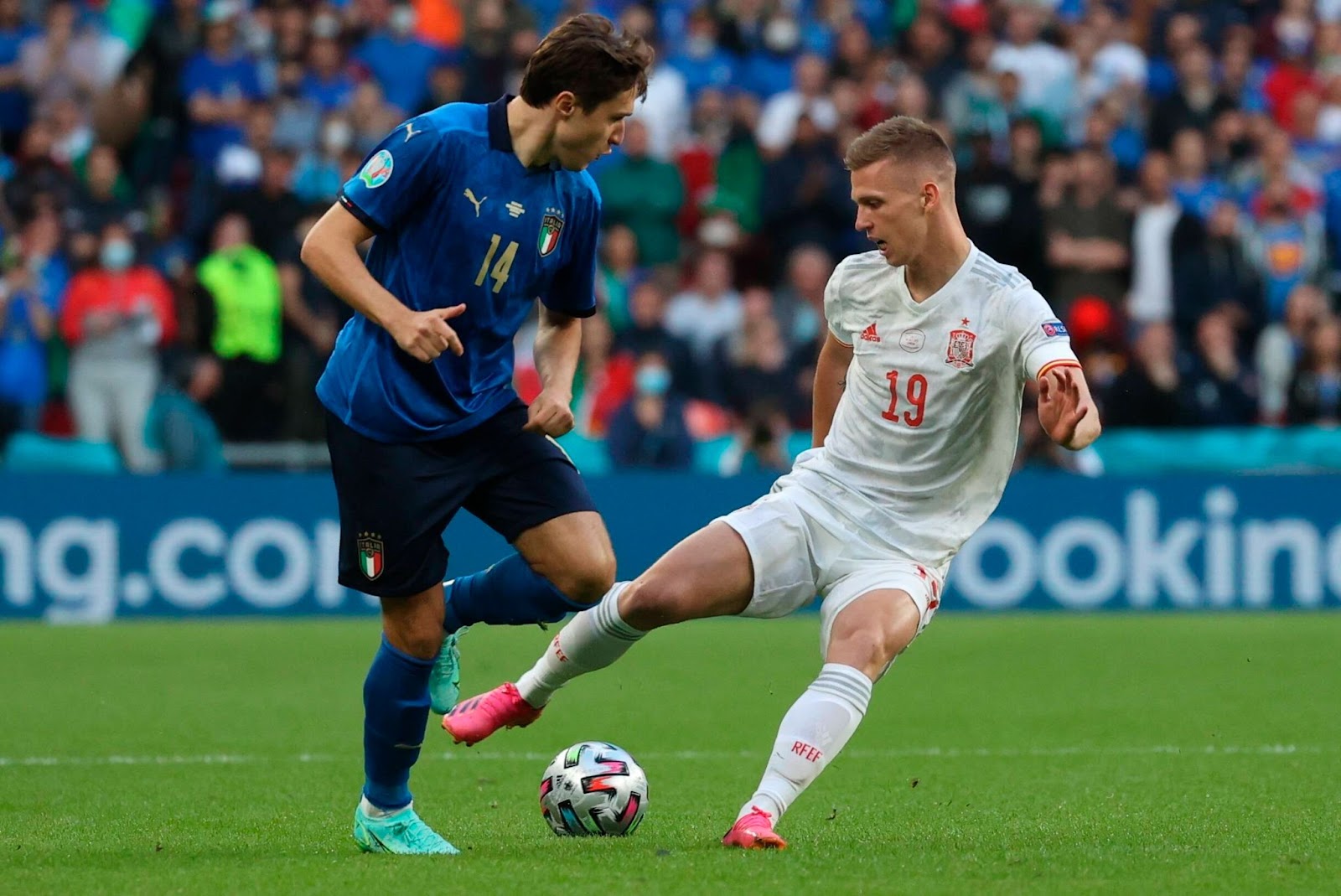 Dani Olmo was brilliant for Spain

The first half was something against the narrative of expectations, Italy was forced on the back foot hard from the outset and struggled to wrestle the ball off Spain as Luis Enrique's side showed signs of the classic tiki-taka that made them so successful on the world stage.

Spain's composure on the ball was brilliant and any meaningful possession by Italy was essentially wasted on inefficient counterattacks, though they did come with some serious speed and venom when they pushed on the attack.

Dani Olmo caused some problems for Italy by dropping back into midfield to outnumber the Italians and help assert Spain's dominance on possession. Nonetheless Italy defended well, holding Spain to just one shot on target out of five attempts. Italy's only opportunity on goal came late in the half, a shot by Emerson glancing off the top corner of the bar from a difficult angle on the left-hand side.

As expected, Italy came out of the half time break trying to assert themselves more through the likes of Ciro Immobile and Lorenzo Insigne showing some serious intent when fighting for the ball.

The Italian perseverance finally paid off in the 60th minute, the breakthrough coming against the run of play. 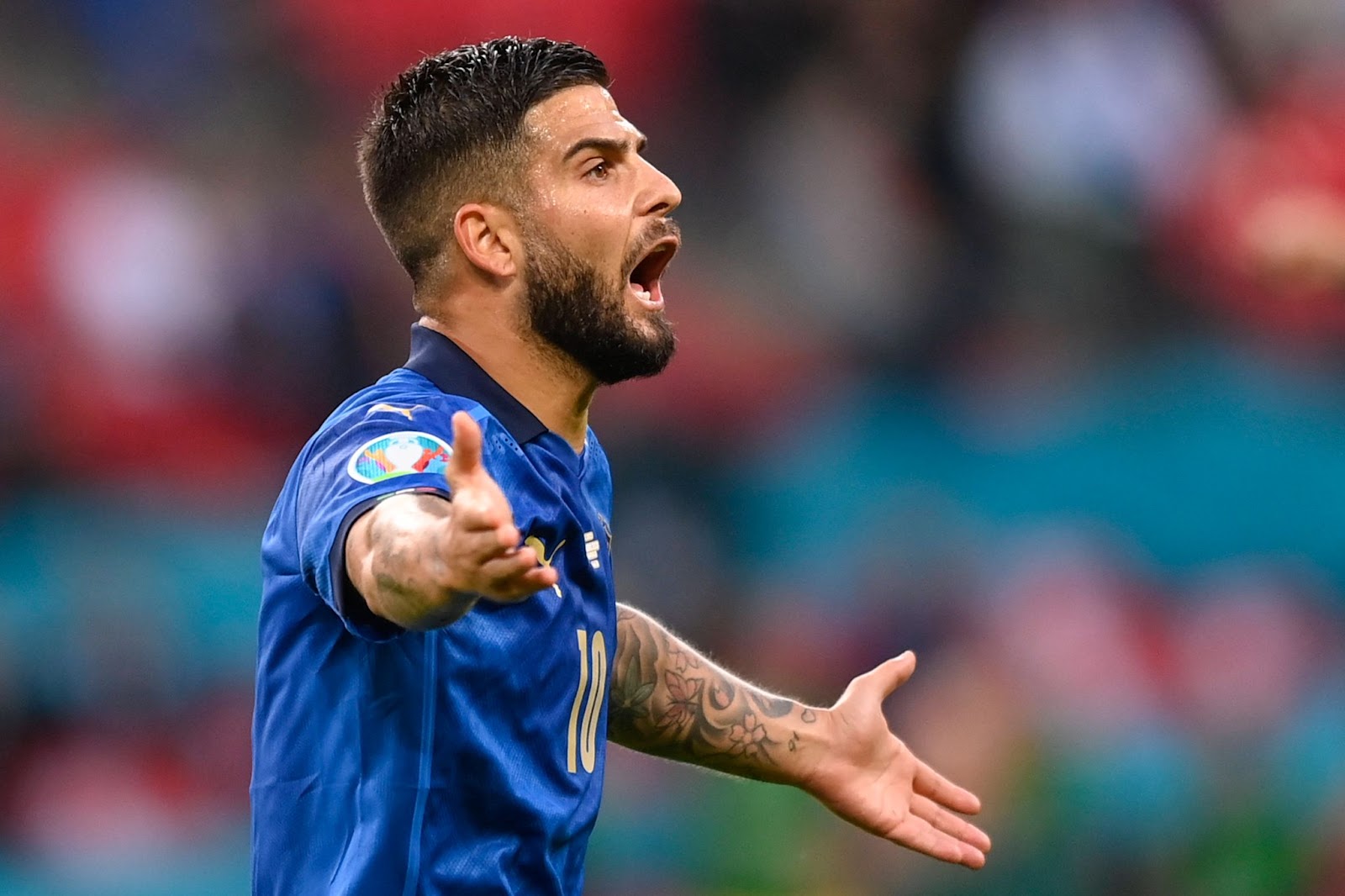 A beautifully threaded ball for Immobile was thwarted by Aymeric Laporte, and Federico Chiesa pounced on the loose ball to send a curling effort past the hands of Unai Simón to give Italy an unexpected lead.

It was still largely one way traffic on possession in Spain's favour, but as the game went on Spain were beginning to lament their lack of chances being created. The much-maligned Álvaro Morata was substituted on in the hopes of creating some magic.

The substitution from Luis Enrique proved to be a tactical masterstroke. Morata burst through the middle and played a beautiful 1-2 pass with Olmo and slipped his shot in the bottom left with class and composure to level it 1-1 in the 80th minute.

90 minutes could not separate the sides and the incredible matchup went into extra time, Spain's third successive venture into the 120 minute game.

Spain continued their impressive form in possession, and really started to turn up the heat on the Italians in the first half of extra time. Fatigue becoming a factor as the tackles looked tired and scrappy both ways, but Spain were creating more chances and keeping Italy on their toes. 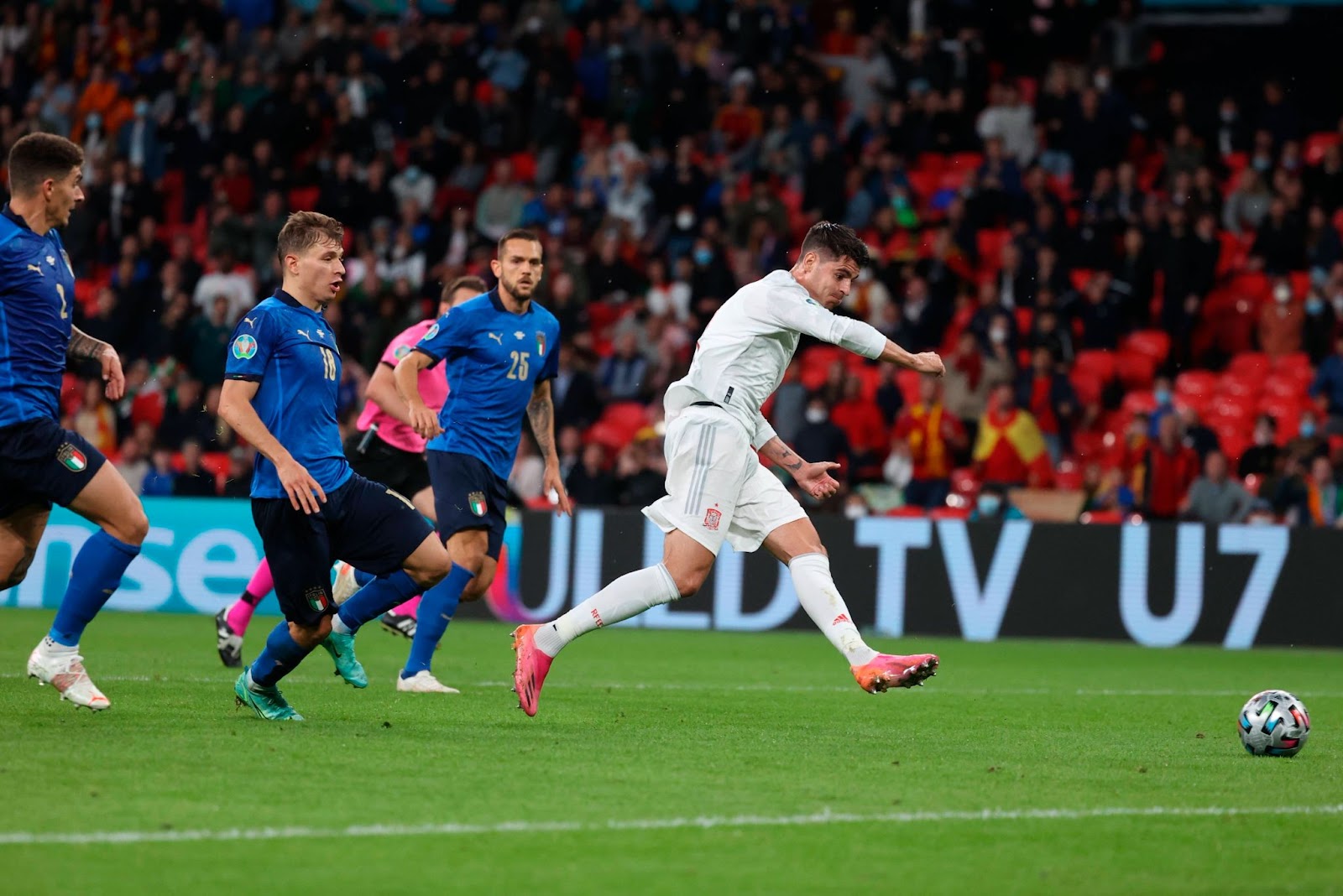 Morata fires in the equaliser

Italy substitute Domenico Berardi thought he'd gotten a winner in the 110th minute of extra time, but the wind was immediately sucked out of Italy's sails as he had strayed offside. The two sides could not find a dramatic winner, and the game was destined for a penalty shootout, a spot in the decider on the line.

Italy won the toss and Manuel Locatelli was the first to step up. Unai Simón saved brilliantly to his right hand side. Dani Olmo was first for Spain and sent his shot sky high to Donnarumma's relief.

Spain's hero Morata was fourth for Spain, and previously missed at Wembley while playing for Chelsea. He stepped up but could not shake off the demons of his past, having his shot saved by Donnarumma.

It came down to Italy's Jorginho, who composed himself and eased the tension with a softly taken penalty to the bottom right corner of the goal to send Italy through to their first major final in almost 10 years. They will face the winner of Denmark vs England.

Spain will be left wondering what could have been after a brilliant performance, but should hold their heads high as they look to some of their young stars of tomorrow who have plenty more to give in their careers. 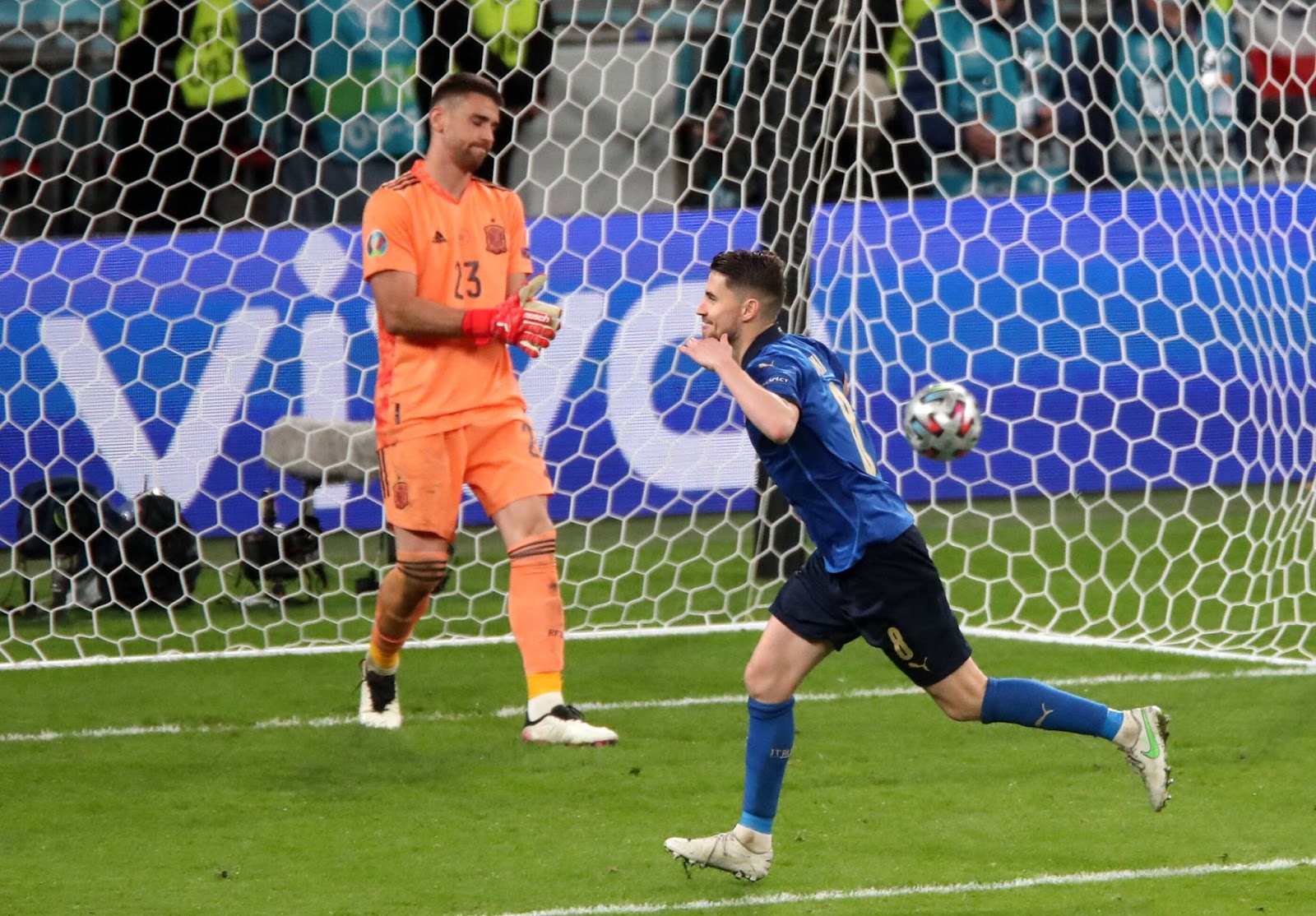