Italy have claimed a 2-1 victory over Belgium to reach the Euro 2020 semi-finals.

The opening stages of the game played out at a cracking pace as both sides showed they were unafraid to take chances in the final third.

Italy thought they were ahead after 13 minutes when Leonardo Bonucci bundled in Lorenzo Insigne's free-kick.

But after their wild celebrations, replays showed the ball had taken a touch off Giorgio Chiellini before reaching his Juventus teammate in an offside position.

For all their dominance in possession, it was Belgium who forced Donnarumma to produce two excellent saves to deny De Bruyne and Lukaku. 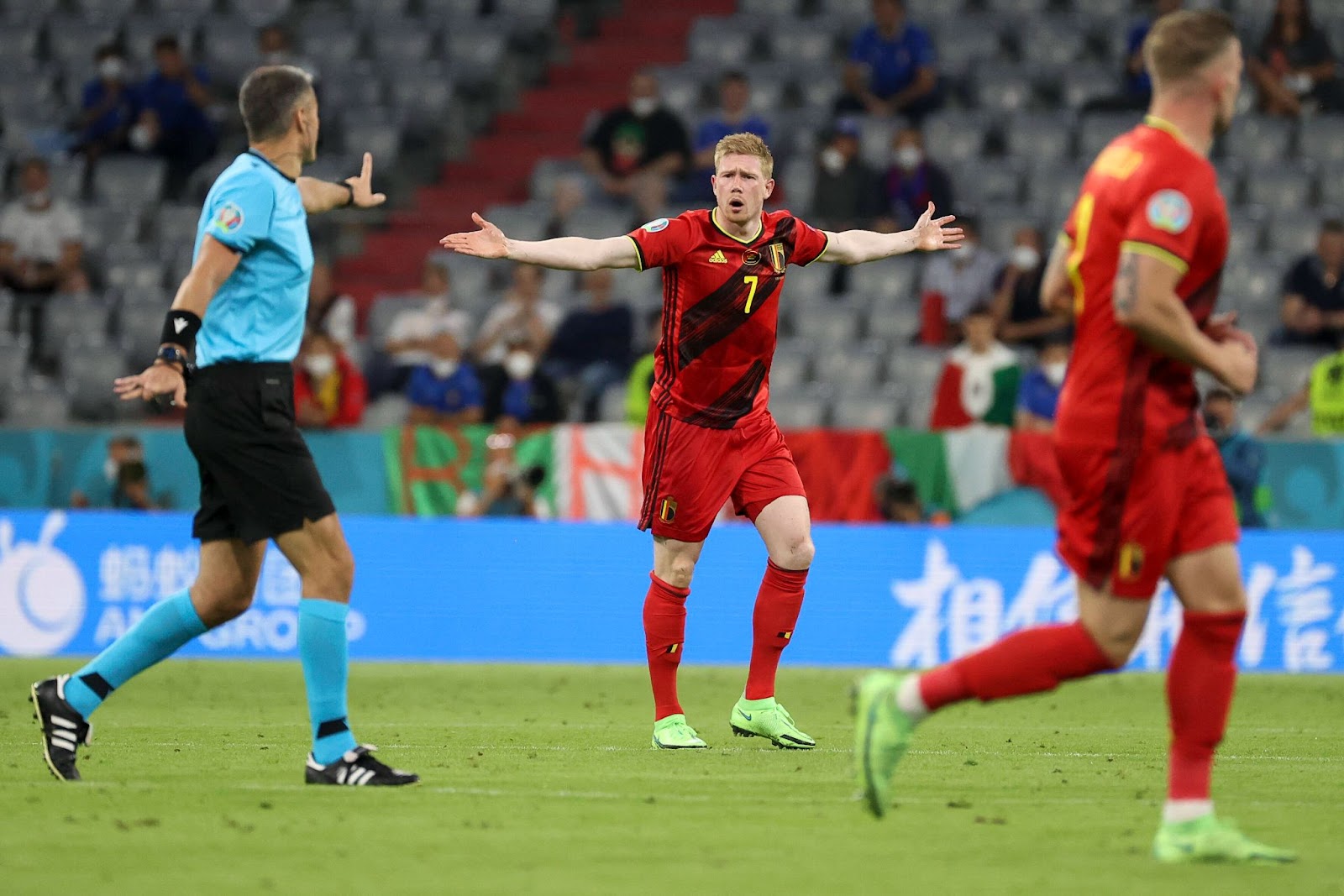 Chiesa then almost beat Courtois when his shot deflected off Alderweireld but the Real Madrid goalkeeper stayed on his feet to take the ball safely in his arms.

The Azzurri began to dominate possession and push Belgium deeper and deeper inside their own half, eventually resulting in the game's opening goal after 30 minutes.

A quick free-kick was unable to be cleared by Belgium, falling to Marco Verratti who fed Nicolo Barella.

The Inter Milan midfielder produced a lovely piece of skill to evade the Belgium defenders - who were protesting a dive from Ciro Immobile - before firing across Courtois.

Immobile had an excellent chance to make it 2-0 just before half-time but his decision not to hit Leonadro Spinazzola's cross first time allowed Belgium defenders to step in.

But it didn't matter as Insigne delivered a world-class strike, taking advantage of a backtracking Belgium defence before firing an unstoppable curling shot past an outstretched Courtois. 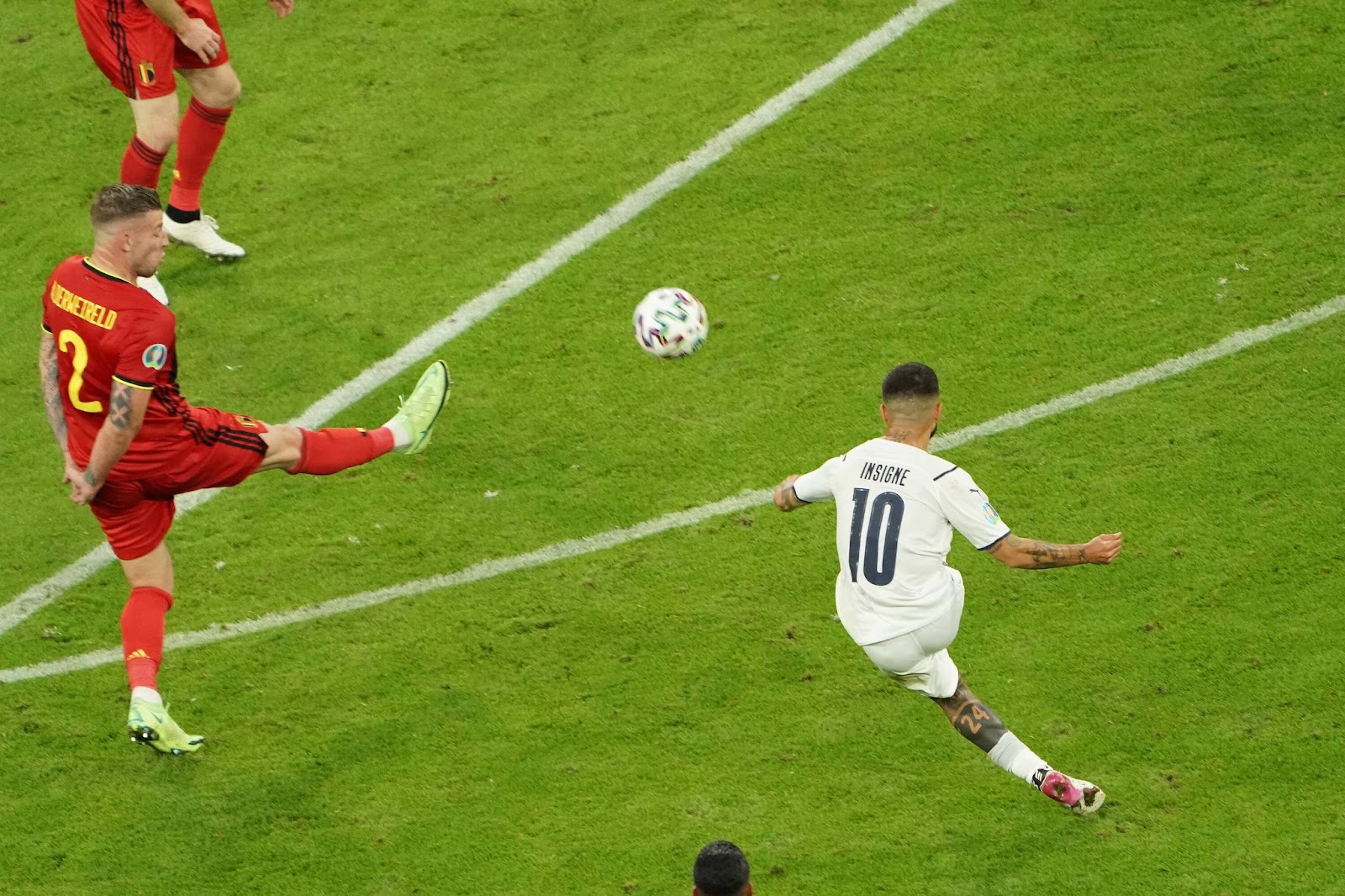 A still moment of class from Insigne

Belgium had a golden chance to equalise early in the second-half. Doku was once again lively on the wing, finding De Bruyne with a defence splitting pass.

The Manchester City star squared a magnificent ball across the six-yard box for Lukaku, who should have buried it into the bottom corner but could only find the backside of Spinazzola.

Italy almost had their third with 25 minutes remaining but Spinazzola could not finish off a glorious move into the Belgium defence.

A double change from Martinez, bringing on Nacer Chadli and Dries Mertens, almost paid immediate dividends but the former's cross evaded both Thorgan Hazard and Lukaku.

19-year-old Doku, a surprise starter, was Belgium's most dangerous player in the second-half and almost tied the scores after evading a number of Italian defenders with a terrific run, but his fizzing strike was always going over the bar. 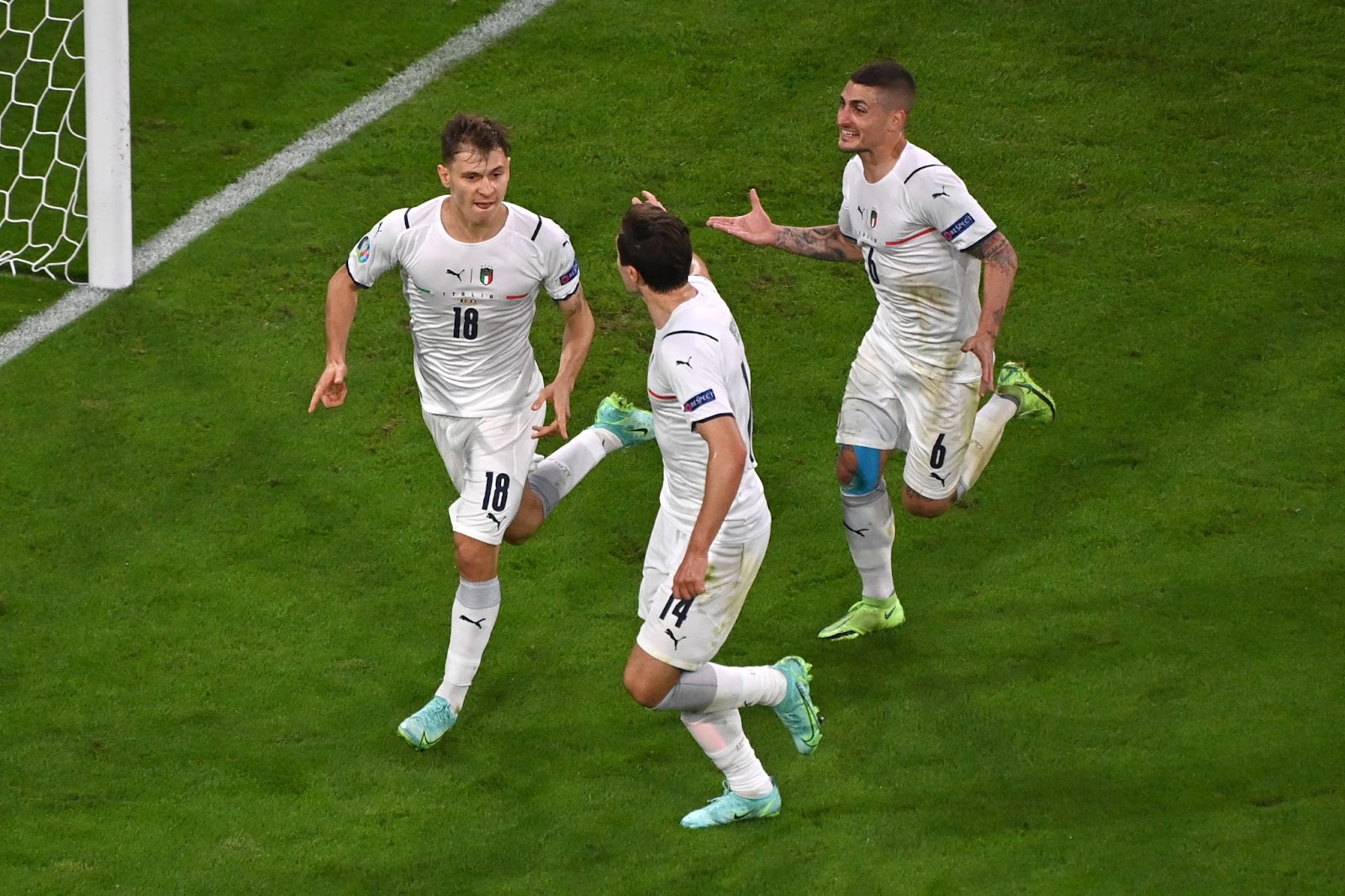 The stubborn Italian defence were in their element as they shut up shop to see themselves home with a well-earned victory.

Roberto Mancini's side will play Spain in the semis at Wembley on Tuesday July 6.

There will be plenty left to ponder for Belgium, whose 'golden generation' have perhaps spurned their last chance for glory.

Man of the Match: Lorenzo Insigne