Watch: Tuchel on Chelsea victory over Arsenal 'I'd rather play easier opponents'

Sturridge delighted over Liverpool reunion with Henderson at Mallorca

Varane commits his best years to Man Utd: Why it's on teammates & manager not to let him down

The Netherlands have managed to secure victory in a five goal thriller over Ukraine.

Even in a goalless first half, both teams were entertaining viewers with a swashbuckling brand of football.

Denzel Dumfries almost put the Oranje ahead after six minutes thanks to a clever ball from PSG midfielder Gini Wijnaldum.

But the PSV winger was denied by a fine save from Heorhiy Bushchan.

Both sides continued to match intensity without any killer instinct in the final third.

That was until Dutch skipper Wijnaldum found a way past Bushchan seven minutes after the break.

Having signed for PSG from Liverpool prior to the tournament, Wijnaldum began the next phase of his career with an inspiring performance for his country.

Dumfries fired in a low cross from the right, only for Buschan to fluff his lines and clear the ball directly to an onrushing Wijnaldum, who duly finished into an open net. 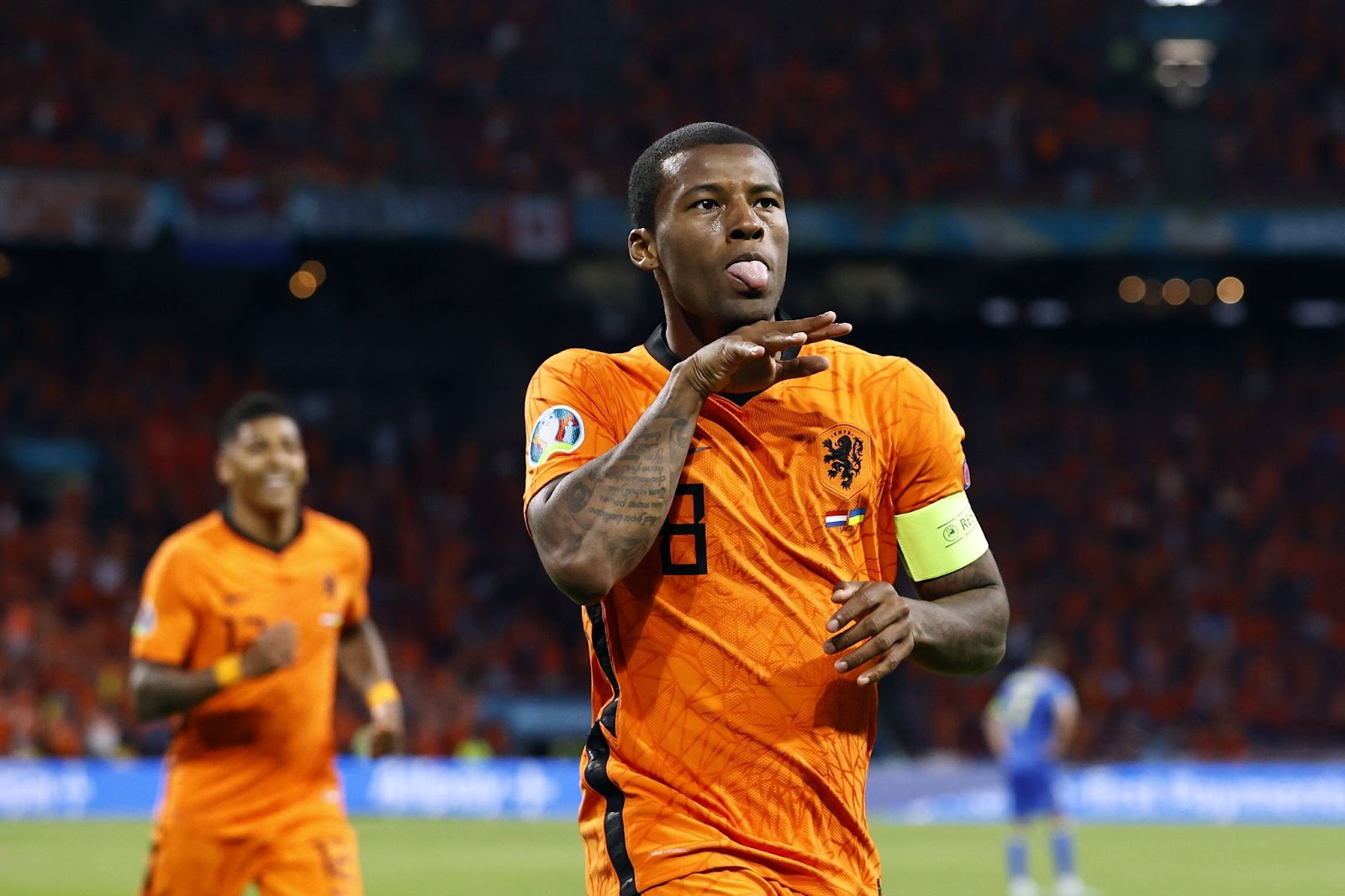 From there, the game burst into life.

The 28-year-oid was a recipient of some fine play between Dumfries and Frenkie De Jong, with the former's shot saved by Buschan, only for Weghorst to pounce on the rebound.

Ukraine were not to be undone however as West Ham United winger Andriy Yarmolenko curled in a stunning 25 yard strike to get his side back in the game.

Just four minutes later and Andriy Shevchenko's side had levelled the scores thanks to a Roman Yaremchuk header. 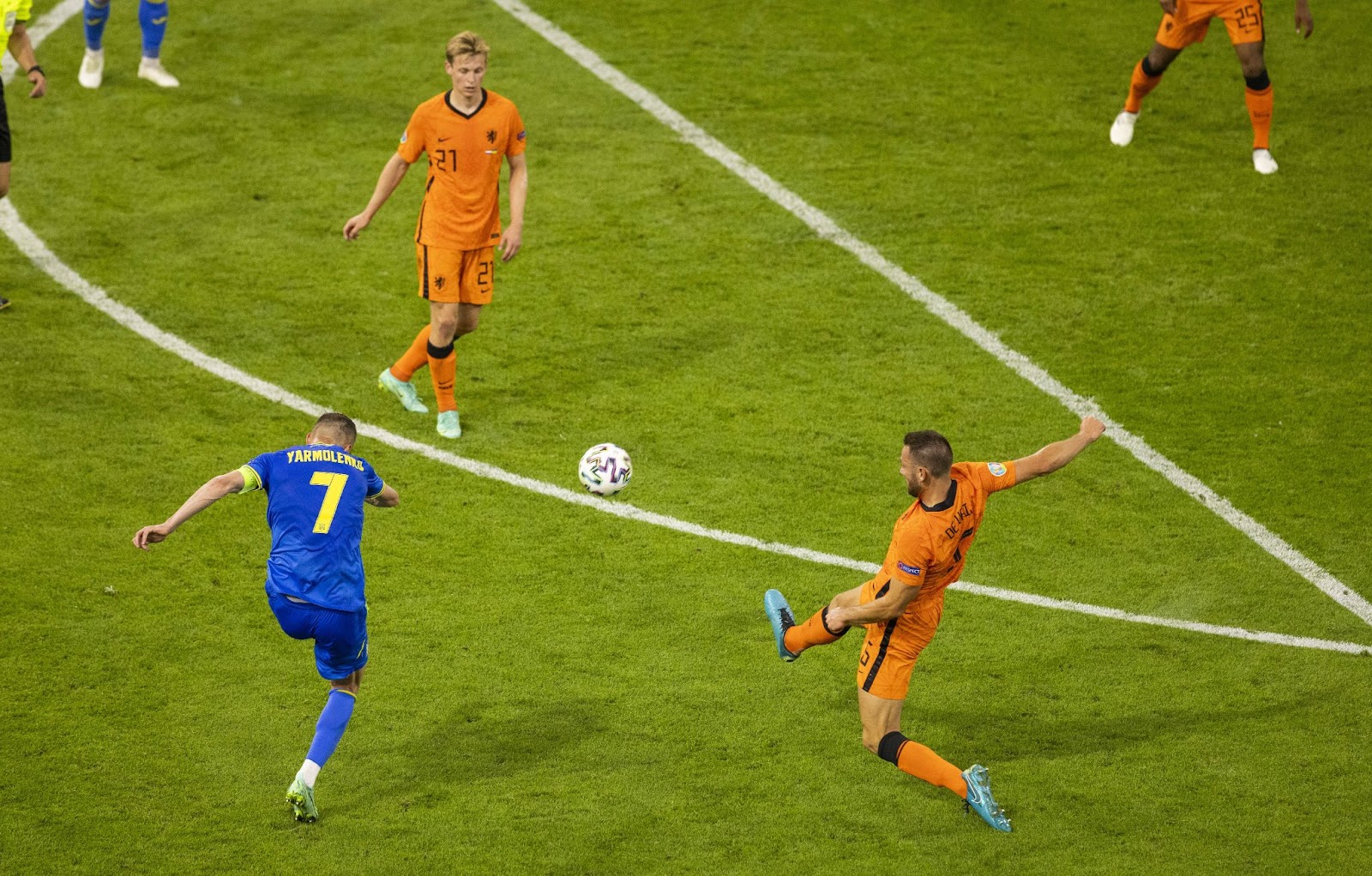 And the Manchester City defender made them pay when his dangerous ball was met by Genk star Yaremchuk.

The 25-year-old, long linked with a move to England, did himself plenty of favours when he turned in a winning goal for Holland with minutes remaining. 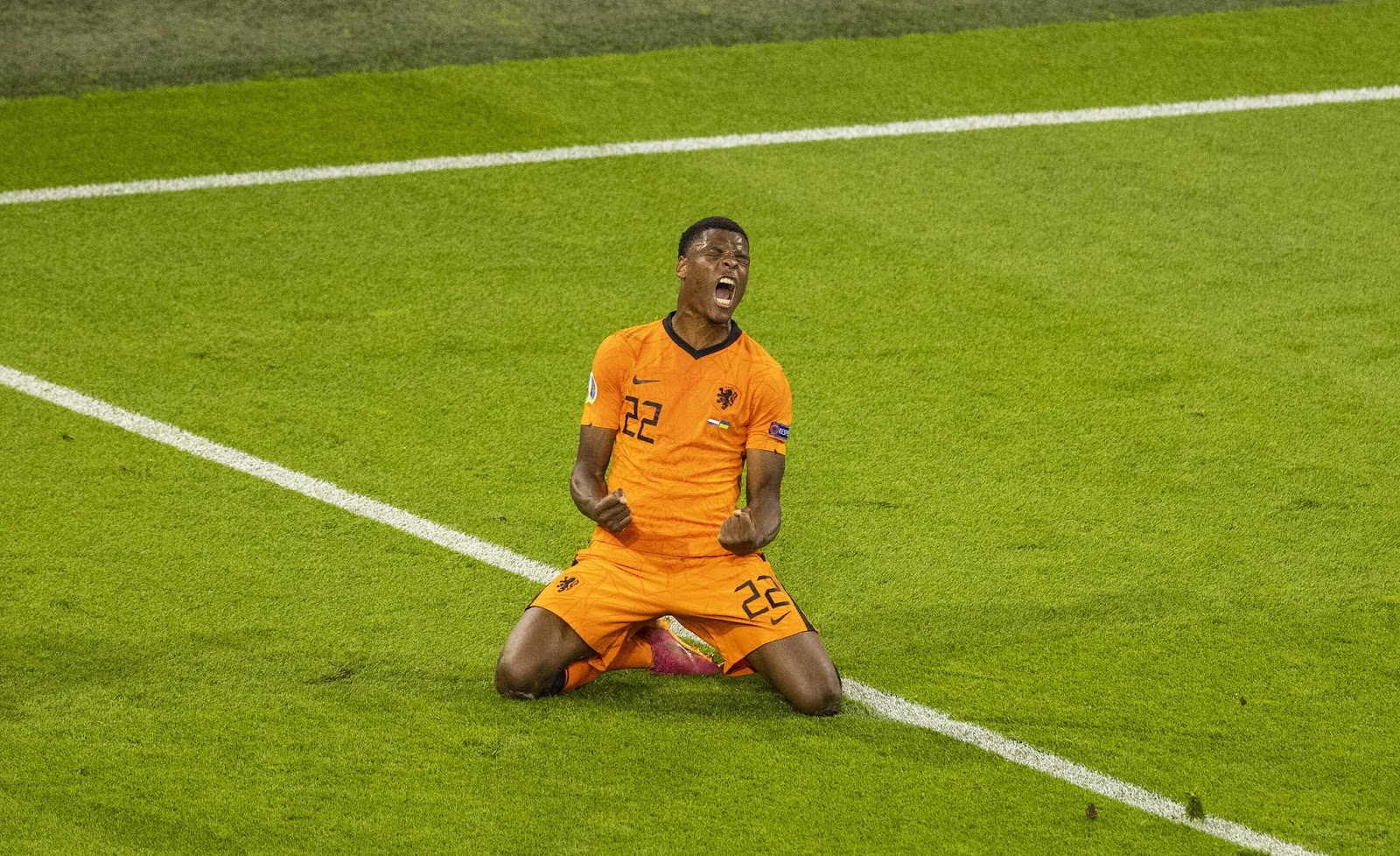 An elated Dumfries secures the win

Having fluffed an easy header in the first half, Dumfries did not make the same mistake when a cross from Nathan Ake was curled into the box, rising smartly to turn the ball past Buschan.

Both teams can hold their head up high for delivering the best match of Euro 2020 so far.

But it is ultimately the Oranje who walk away with the points, taking second spot out in Group C after Austria's win over North Macedonia.