Euro 2020: Depay on fire as the Netherlands defeat Austria to seal top spot

The Netherlands booked their spot in the last 16 at Euro 2020 as they claimed a 2-1 win over Austria in Amsterdam.

The Oranje are the first team in Euro 2020 to secure top spot in their group, booking their place in the knockout stages for the first time since 2008.

Memphis Depay gave his team the perfect start with an 11th minute penalty.

Denzel Dumfries was clipped just inside the box by Real Madrid signing David Alaba, allowing talisman Depay to score in the bottom left corner from 12 yards out. 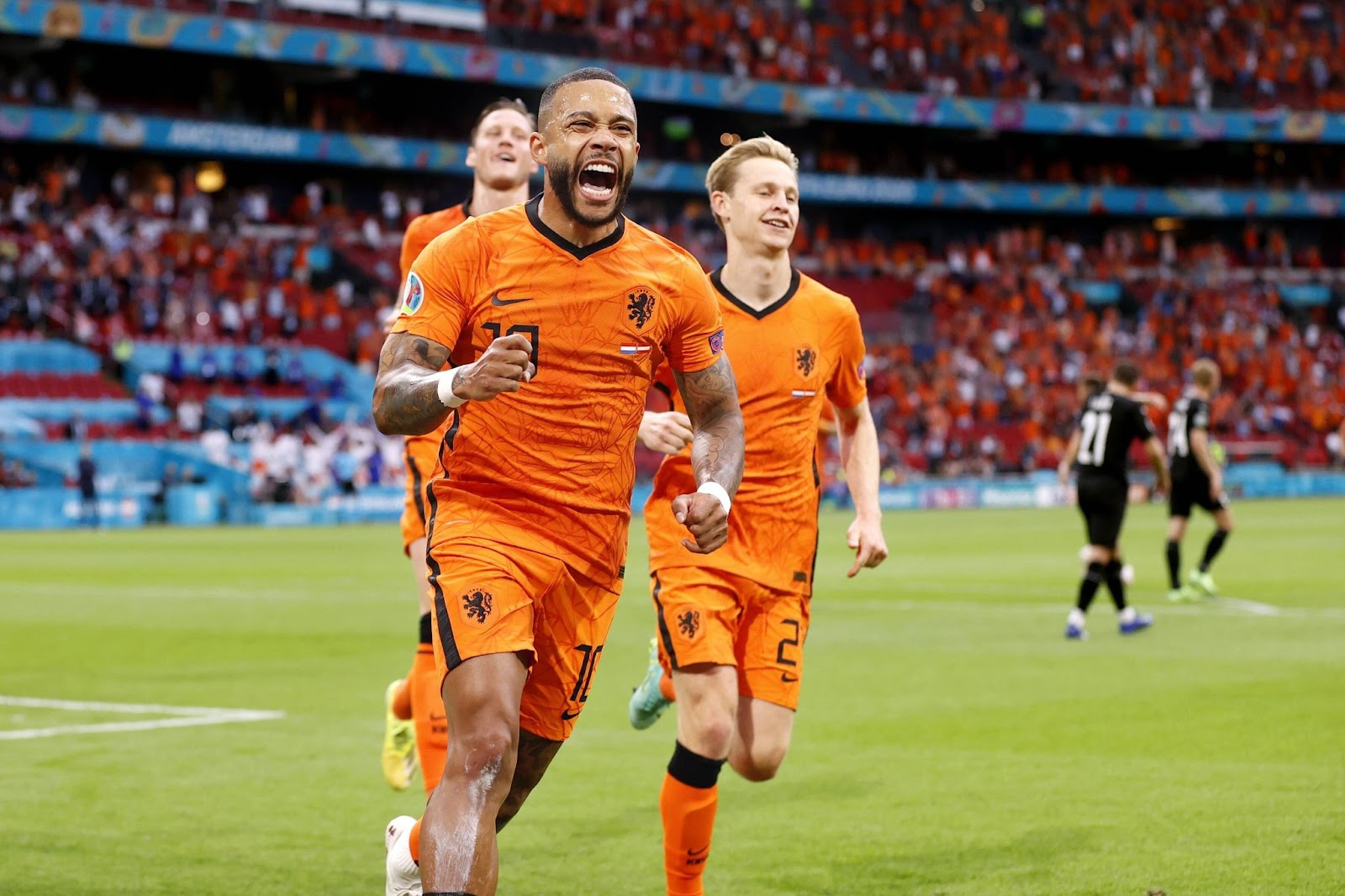 Depay was electric for the Oranje

Austria had plenty of the ball in the first-half but failed to really test Martin Stekelenburg in the Dutch goal.

Franco Foda's side emerged from half-time with intensity and directness, but a lack of quality in the final third let them down time and time again.

Wouf Weghorst almost made them pay when he connected on a cross from Depay, only to find his header saved brilliantly by Daniel Bachmann.

Four minutes later, Frank De Boer made three changes for the home side which included the introduction of PSV excitement machine Donyell Malen.

The 22-year-old, linked with Liverpool and Borussia Dortmund, took only two minutes to make an impact when a pass from Depay sent him in on goal after Austria had pushed high up the ground for an equaliser.

Manyell sprinted toward Bachmann, drawing out the Watford goalkeeper, before squaring the ball for Denzel Dumfries to score his second goal of the tournament. 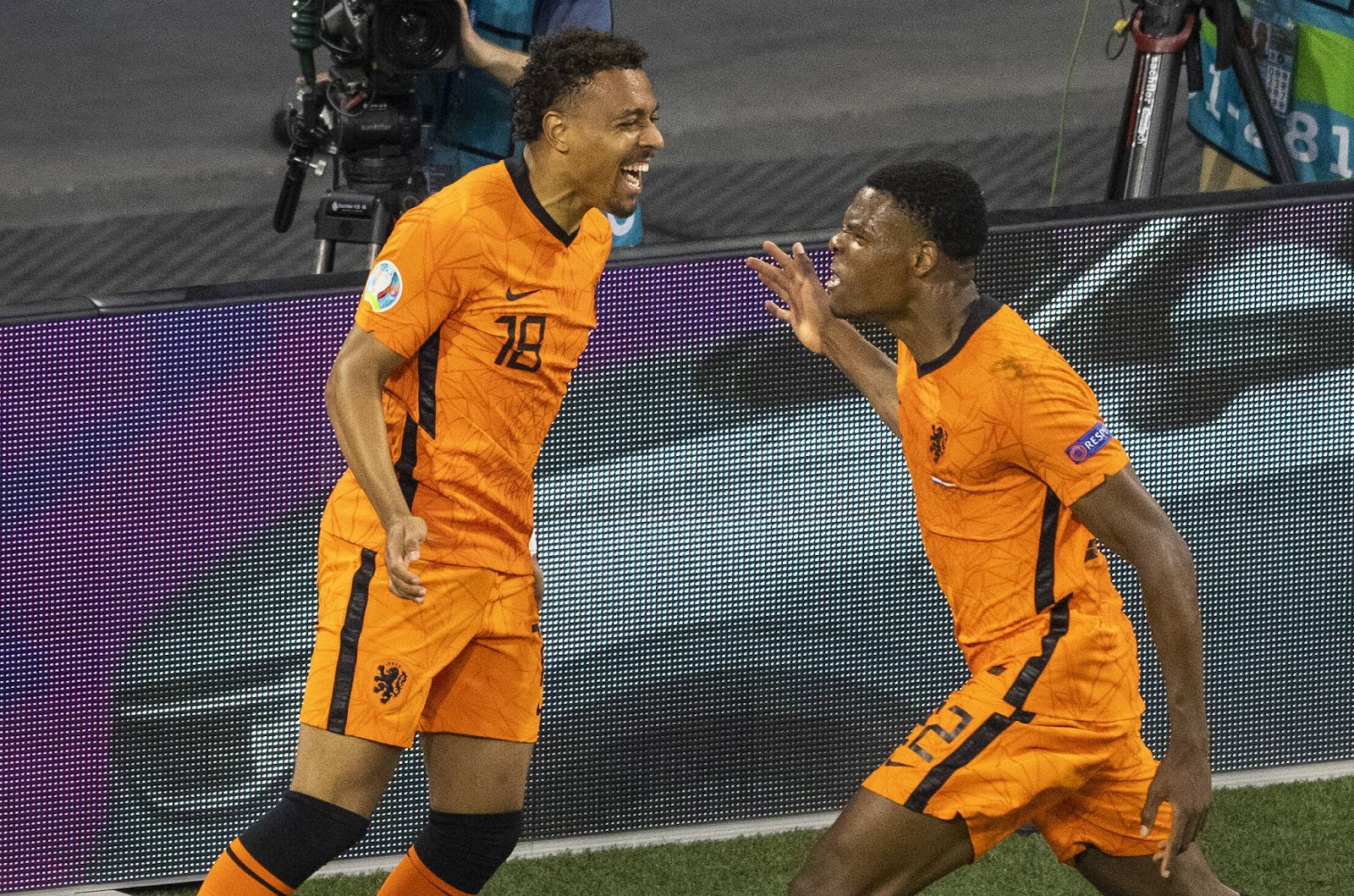 Austria had a terrific chance to pull one back with the game winding down but Karim Onisiwo directed his free header directly at Stekelenburg.

The Netherlands will play a third-placed team from group A, D, E or F in the last 16. With the way things stand, realistic possibilities include Switzerland, Portugal, Germany, Czech Republic, Sweden, Slovakia and Poland.

The tournament isn't over yet for Austria, but they must at least draw with Ukraine in their final game to reach the knockout stages of a tournament for the first time since 1982.