Belgium held onto a slim advantage to defeat Portugal and advance to the Euro 2020 quarterfinals.

Thorgan Hazard's stunning first-half goal was the difference between the two sides.

The match was billed as a blockbuster however it will not go down in the annals of the European Championship as one of the great games.

Portugal had the first chance of the match through Diogo Jota, but the Liverpool forward dragged his shot wide after a slide from Toby Alderweireld.

The first-half continued to be a cagey affair as neither side wanted to concede the first goal.

Cristiano Ronaldo's free-kick forced a good save from Thibaut Courtois with 25 minutes gone.

It was Rui Patricio, in fact, who would be the first goalkeeper to put the ball out of his own net before the half-time whistle.

With three minutes remaining in the half, Borussia Dortmund star Hazard picked up the ball from his fellow wing-back Thomas Meunier, had two quick touches and then smashed a sublime shot that swerved from Rui Patricio and into the far corner. 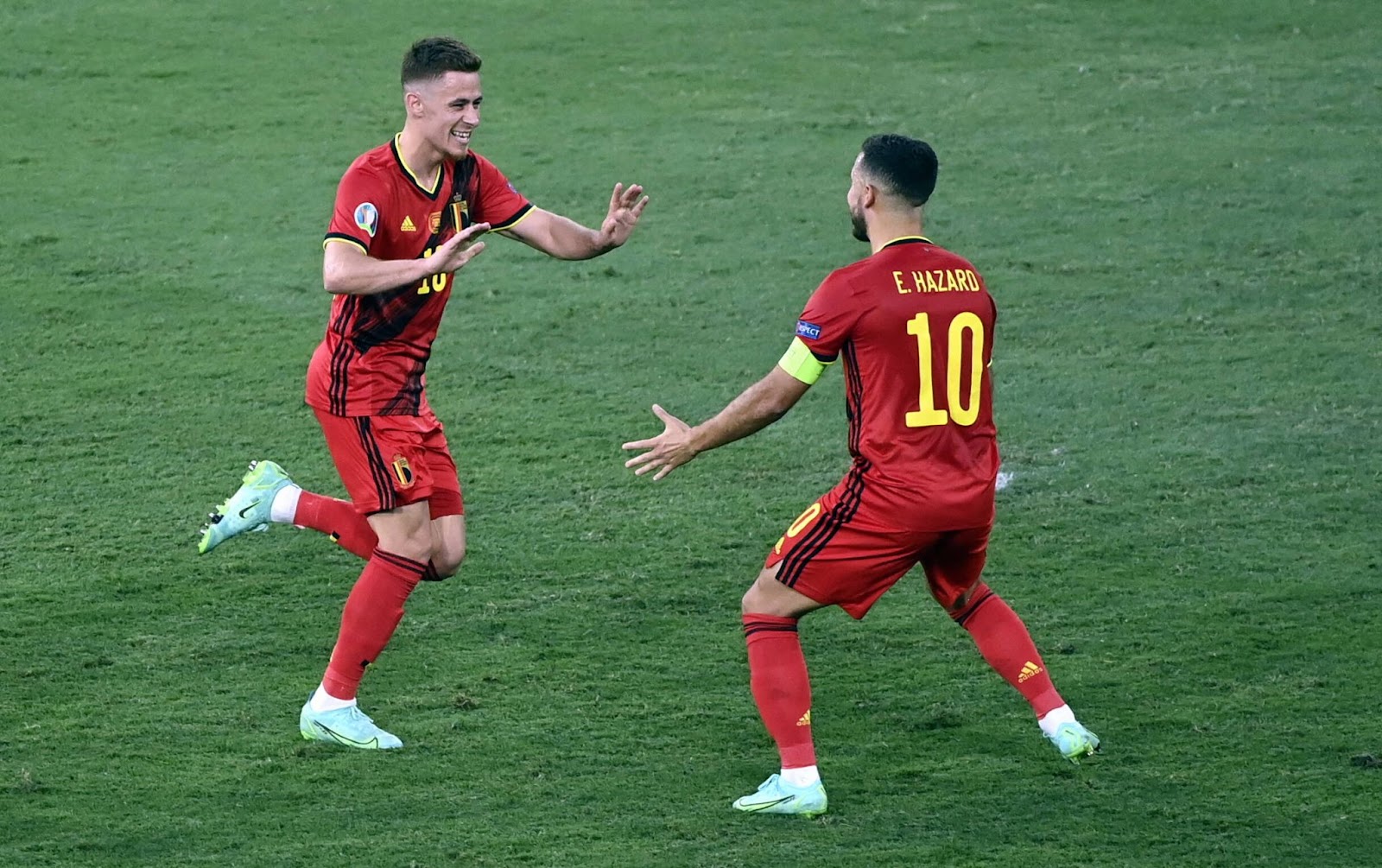 But it wasn't all smiles heading into the tunnel in Seville as Kevin De Bruyne hobbled off with a knee injury following a terrible challenge from João Palhinha.

Dries Mertens replaced De Bruyne, who will now face a nervous wait to see if he is fit to face Italy on Saturday.

Portugal coach Fernando Santos introduced Joao Felix and Bruno Fernandes to provide something different in attack, and they pushed for an equaliser, forcing Belgium to retreat further and further as they second-half went on.

Ruben Dias rose majestically to force a good stop from Courtois before Raphael Guerreiro struck a superb, low shot that bent against the post.

Despite having 23 shots, Portugal couldn't get past Courtois and will now enjoy the rest of their summer before returning to domestic duties.

It doesn't get any easier next for Belgium, who are hoping to cash in on their golden generation by winning their first major trophy.

They will face in-form Italy in Munich on Friday.

Man of the Match:Thibaut Courtois