The Czech Republic has upset the Netherlands with a 2-0 victory in the round of 16 at Euro 2020.

The Oranje entered the knockout rounds on the back of three comfortable group stage wins over Ukraine, North Macedonia and Austria.

But they were put to the sword after going down to 10 men following a red card to Matthijs de Ligt.

The Juventus defender pulled the ball back with his hand in the second half, which caused referee Sergey Karasev to overturn his original decision to show just a yellow card.

It was a tournament defining moment for the Dutch, who had lost their defensive leader and with him their chances of advancing to the final eight. 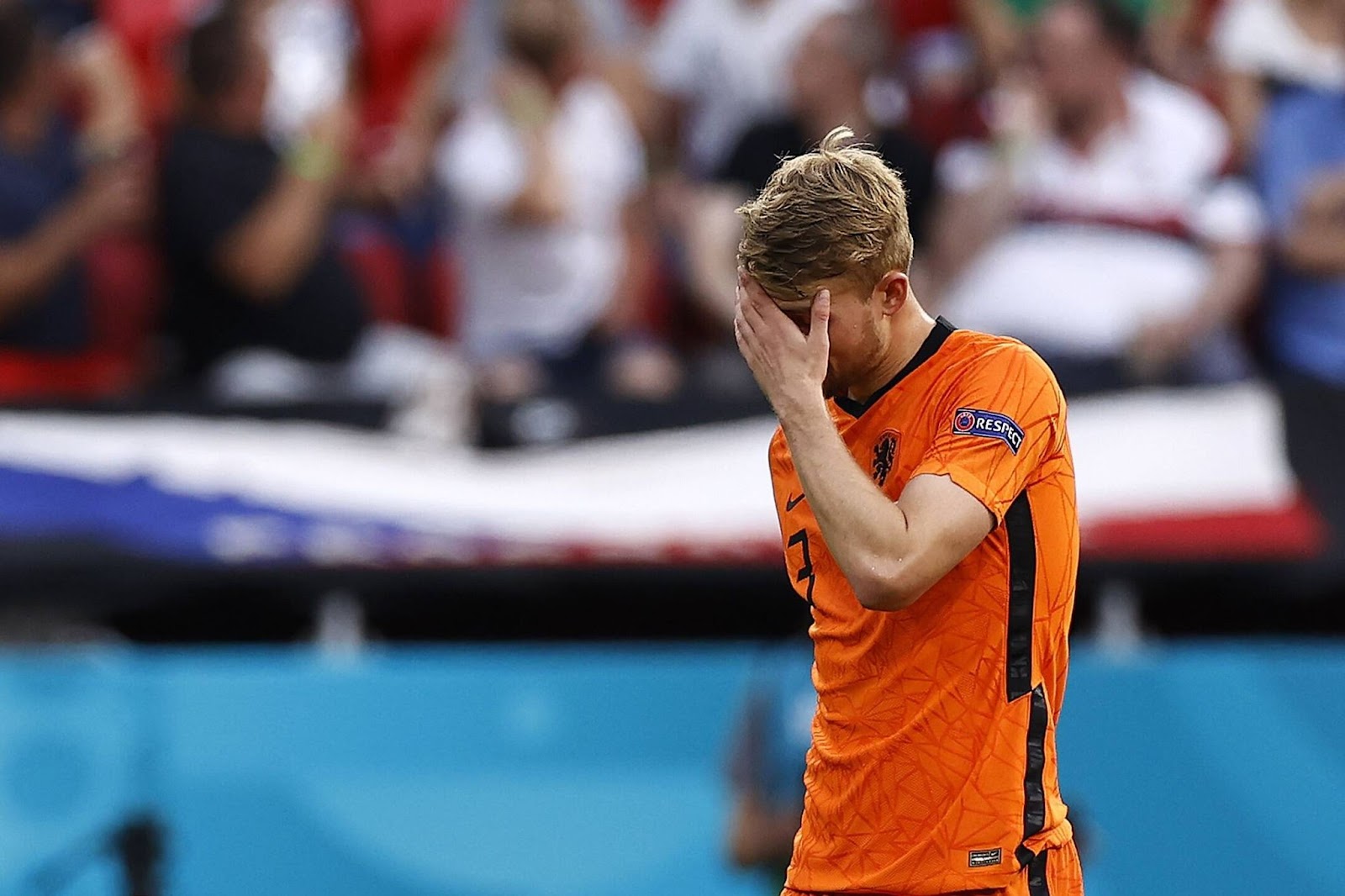 The disciplined and determined Czech Republic finally got their goal after 68 minutes through Tomas Holes.

After Denzel Dumfries made a goal saving block, Holes made no mistake from close range after a knock back from Tomas Kalas.

Slavia Prague star Holes drove into the box, outmuscling Gini Wijnaldum before cutting the ball back for Schick to score his fourth goal of the tournament.

The Czechs will meet Denmark in the quarter-finals in Azerbaijan on Saturday.

Speaking after the game, Netherlands boss Frank De Boer was quick to take responsibility for the defeat.

"I am responsible and I need to take a look in the mirror," De Boer said. 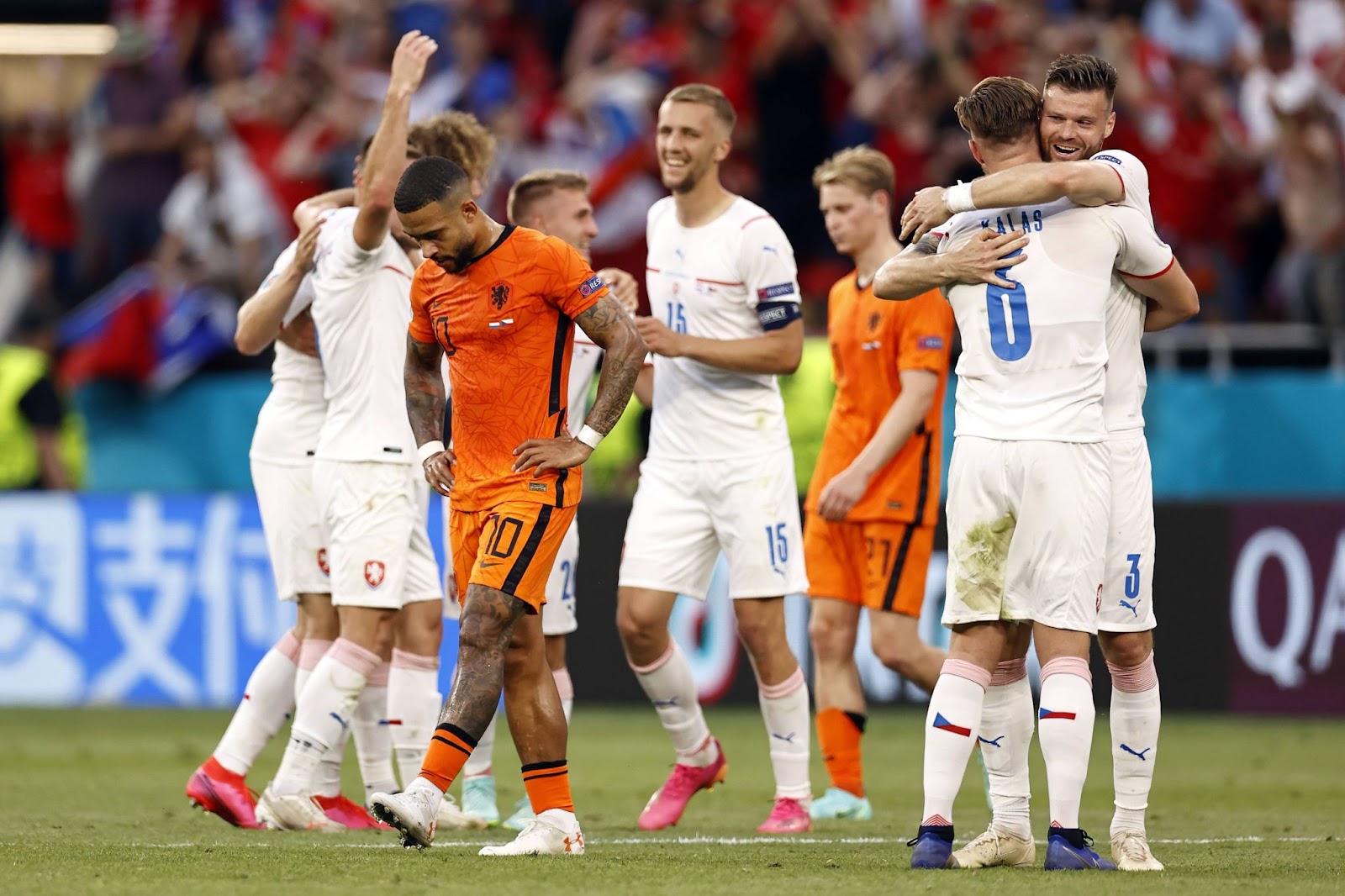 "It wasn't our best game, that is clear, but it wasn't that we didn't dominate. In the second half we had control of the game and created two opportunities but at the top level of sport details decide the game and in one minute a player slipped and our whole world turned upside down. We had to make it 1-0 then and we couldn't do it. It is a hard lesson to take but I'm responsible, I'm the one to blame."

When asked if he intended to quit, De Boer added: "Right now I am full of emotion and I need to reflect on it. When you feel you should reach the final and go out it hurts really bad."