COMMENT: Emile Smith Rowe. Poor fitness. Poorer form. And the manager calling him out in public. It really has come at him fast this season. The question is, does Arsenal's No10 have it in him to overcome...?

At 22, Smith Rowe is no longer a project. He's no longer potential. The midfielder was given the coveted No10 shirt not as a gift. Not on a whim. But for a considered, studied reason. The belief from Mikel Arteta and his higher ups that he'd be a first-choice. A player to build a team around. But for this season, at least in it's opening month, Smith Rowe has been relegated to an afterthought.

As we say, so far this term, it's come at him fast. Niggling injuries in preseason. New arrivals to compete directly for his position. Benched. Publicly questioned. It's all hitting Smith Rowe - and from all angles. The player who featured in 33 of 38 Premier League games last season now demoted to a pinch hitter. Smith Rowe yet to complete 20 minutes on the pitch so far this campaign.

With Martin Odegaard reveling in his role as club captain. With Gabriel Martinelli now free and clear of injury. And with summer signing Fabio Vieira now fully fit. Smith Rowe's face just doesn't fit. An interrupted preseason could be blamed. Those minor knocks could be reason enough. But Arteta dispelled such excuses, publicly bringing into question Smith Rowe's attitude in training.

"He needs to now earn the right to play in the team. In order to do that, he needs to perform and be consistent," declared the manager, before also admitting a one-on-one chat was something not on the agenda. In other words, 'sort it our yourself'.

With Vieira to focus on. Marquinhos suddenly emerging as a prospect. Arteta now has other options. And Smith Rowe is finding himself further and further down the pecking order.

In South America, they'd dub him 'pre-destined'. A player in his youth guaranteed to make it to the top of the game. That's Emile Smith Rowe. That's why he now wears the club's No10 shirt. As talented and driven as Bukayo Saka is, it's Smith Rowe who was long regarded inside the club as the jewel of their academy. And to be fair, the midfielder still is.

That engine is still there. The clever change of pace hasn't been lost. The quick feet. The eye for a pass. It's all still in Smith Rowe's game. Just consider the words of Kieran Tierney. For all the talent on show at London Colney, Arsenal's left-back nominates his homespun teammate as the most gifted. 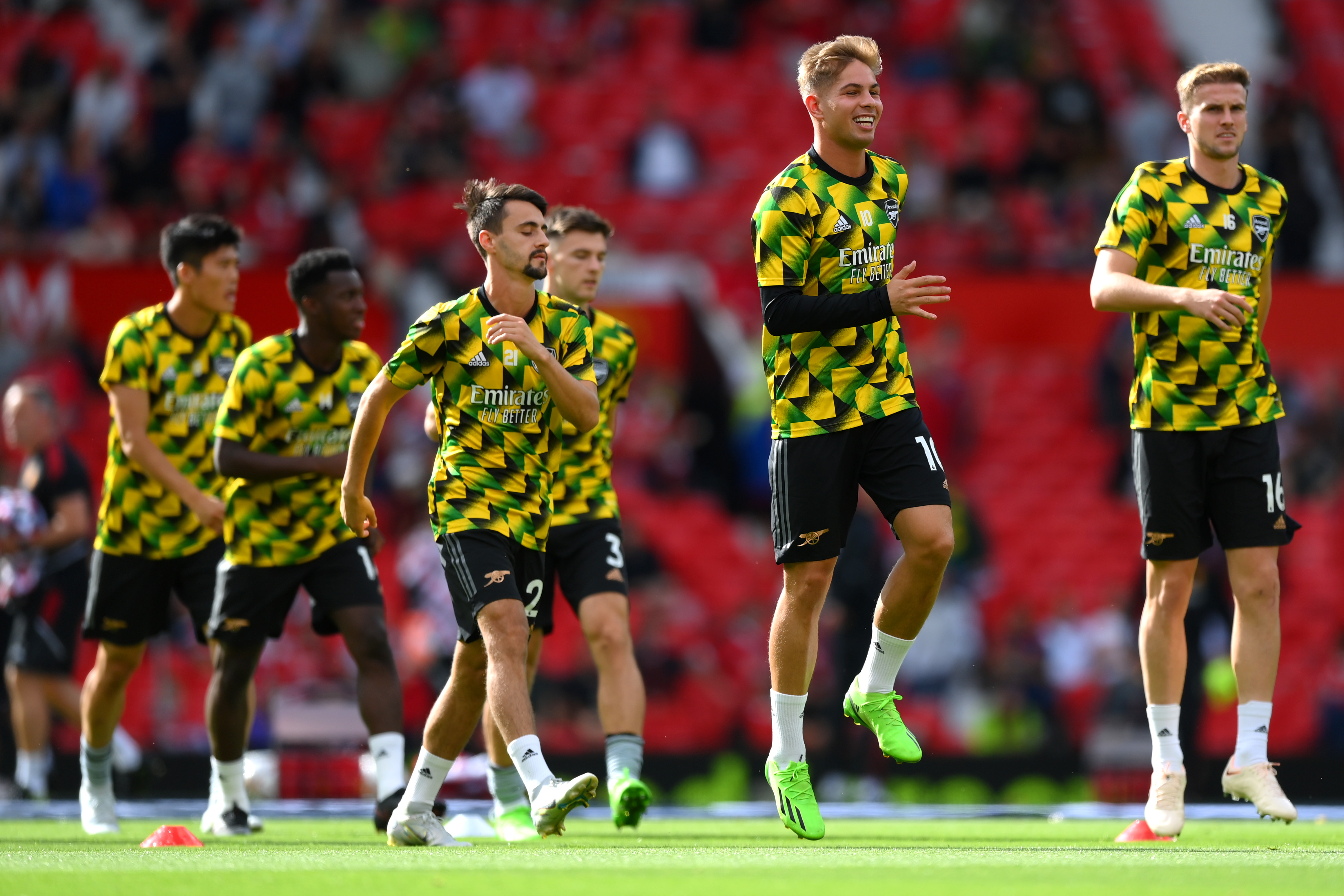 "The best player in training would be Emile Smith Rowe," declared the Scot. "The fans can see how good he is but by training with him every day, you realise how special he is.

"He can take the ball under pressure, he can beat a man, he can score goals and he can get assists, so he's a great player and I love playing with him."

But he's hit a wall. He's suffering a dip. And for the first time since he was enrolled as a 10 year-old at the Hale End academy, Smith Rowe is facing a genuine career challenge.

Arteta, when in public, does nothing off the cuff. Every word is thoughtful. Considered. So when he chooses to send a message to his No10, no matter how short, it speaks volumes for what is going on behind the scenes.

Like his staff, Arteta knows the talent of Smith Rowe. He knows what he could become. But Arsenal can't wait for him. The team. The club. They can't wait for Smith Rowe to decide when he'll blow hot. The place is on the move. Top of the table. With title winners now inside the dressing room. The team is changing. Transforming. And it has to be said, there'll be players at Arsenal who will be left behind.

It was just a few short lines, but they were telling. "Be consistent", was the manager's message to Smith Rowe - in training as much as on matchday. This wasn't simply a throwaway soundbite. It wasn't even a challenge. Arteta was warning the player: start to fight, start to compete, or you'll be left behind.

The fitness issues are one thing, but Smith Rowe now faces a direct challenge to his future within the Gunners' XI. Fabio Vieira is the inside-forward Smith Rowe can be. He's everything Smith Rowe is - but with a £30m price-tag needing to be justified. If Arteta can't get what he needs from his young No10, you can't blame him for giving the club's big summer signing an extended chance.

This is a footballer's life. Especially at a title contender. And it's come at Smith Rowe fast. But he can't say he wasn't warned. Before Arteta, there were the words of Edu, the club's technical director, when discussing the shift in attitude they were engineering within the squad.

"When a player's 26 or older, has a big salary and is not performing, he's killing you," said the Brazilian before preseason. "In the past, 80 per cent of the squad had those characteristics and there was no chance anyone would buy them.

“They don't have a transfer value and are comfortable on a long contract living in London."

In terms of ability. In physical qualities. Smith Rowe has it all. He has everything to meet the expectations of being a great Arsenal No10. Edu knows it. As does Arteta. But now he faces a different challenge. A mental test. And the question is, does he have it in him to overcome...?