FC Barcelona face Real Madrid this Sunday in a clash which pits together some of the most exciting rising stars in football today. Here's a look at some of the best talent to keep an eye on.

LaLiga Santander leads the way with more nominees for the 2021 Golden Boy than any other league, with Pedri, Gavi, Camavinga and Rodrygo all nominated alongside Villarreal's mercurial 19-year-old Yeremi Pino.

There is something special about the Barcelona and Real Madrid squads this season: both clubs have many young talents earning serious minutes. Both are inside the top six when looking at the LaLiga Santander teams with the youngest average ages, demonstrating that Ronald Koeman and Carlo Ancelotti are both placing their trust in rising stars. Here's a look at the up-and-coming talents at Barcelona and at Real Madrid in each position.

In goals: Lunin and Peña have talent even if they lack minutes

In Marc-André ter Stegen and Thibaut Courtois, Barcelona and Real Madrid have two of the best goalkeepers in the world. That means it is incredibly difficult for up-and-coming shot-stoppers like Iñaki Peña and Andriy Lunin to earn minutes. Yet these young goalkeepers have impressed in training and with their national teams, with Peña having been involved at all youth levels for Spain and even making the senior team's bench for one friendly, while Lunin has featured for Ukraine's senior side on six occasions.

In defence: Both clubs already have their centre-backs of the future

Finding world-class centre-backs is one of the most difficult tasks in football, but both Barcelona and Real Madrid have young central defenders they believe in. Éder Militão's excellent end to last season convinced Real Madrid that the 23-year-old Brazilian is already capable of leading their back line and he has started 2021/22 on the front foot too. Over in Barcelona, Koeman has been rotating between two young centre-backs to start the campaign as 20-year-old Eric García and 22-year-old Ronald Araújo have each shown promise.

Also in defence, there is excitement at both clubs over the promising young left-backs to have come through their respective academies. At Real Madrid, 20-year-old Miguel Gutiérrez has already earned 10 appearances for the first team after catching Zinedine Zidane's eye and then earning further opportunities with Carlo Ancelotti. Barcelona, meanwhile, have high hopes for Alejandro Balde, the 17-year-old who sadly saw his first senior start end prematurely because of an injury. In 20-year-old Sergiño Dest, Barcelona also have a quality right-back to be excited about. 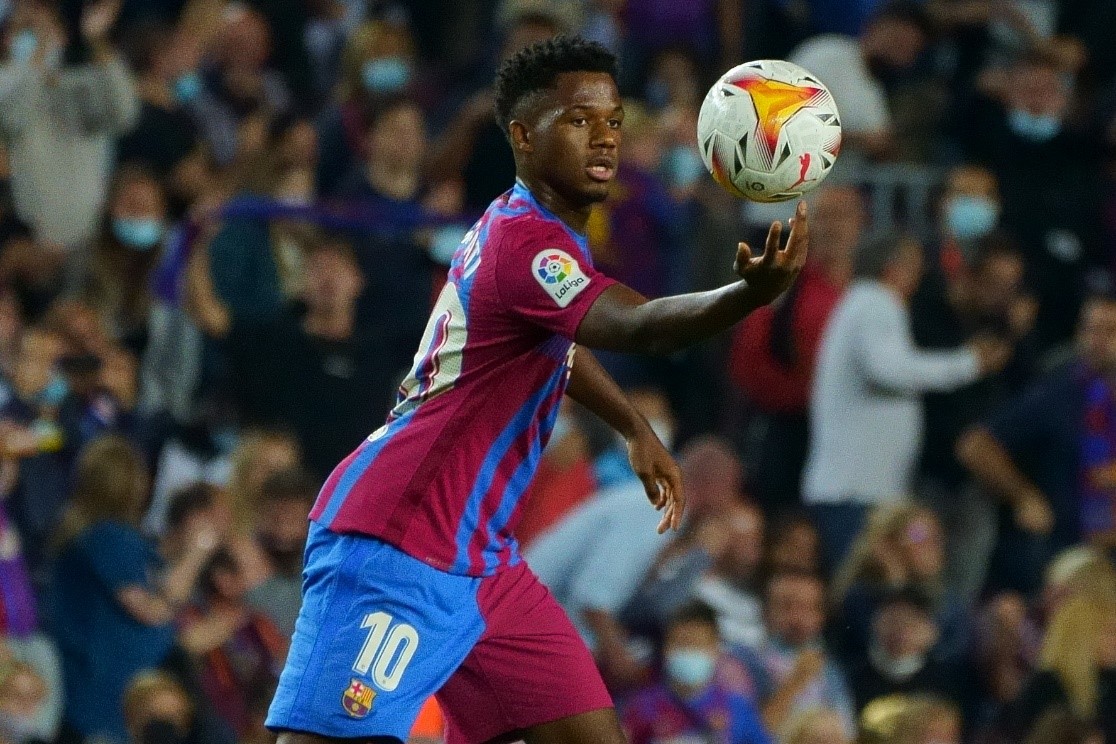 In midfield: The future has arrived with Valverde, Pedri, Camavinga and Gavi

The centre of the pitch is so important and both Barcelona and Real Madrid already have young midfielders who can lead their sides for many years to come. Nobody has made more appearances for Real Madrid so far this term than Fede Valverde, just like nobody had more appearances at Barcelona last year than Pedri's 52. What was incredible about Pedri last season was that the 18-year-old had never before played at LaLiga Santander level, yet he immediately became one of the most important players for Barça and then for the Spanish national team.

This year, the Pedri story is being replicated with Gavi, who has emerged from Barcelona's La Masia academy and then slotted in seamlessly to the Spain squad, even becoming La Roja's youngest ever player during the Nations League Final Four at the age of 17 and 62 days. Eduardo Camavinga has been just as impressive at Real Madrid, scoring and assisting across his first few appearances following his move from Rennes.

So impressive have the performances of these young stars been that Pedri, Camavinga and Gavi are among LaLiga's five nominees for this year's Golden Boy award, given to the best U21 player in European football.

With other young talents earning minutes too, such as Nico, Riqui Puig and Antonio Blanco, it's clear that Barcelona and Real Madrid have young talent in midfield, players who'll dominate in the future but who are already impressing in the present.

In attack: Ansu Fati vs Vinícius could be the great individual battle of the next decade

In Ansu Fati and in Vinícius, Barcelona and Real Madrid each have a talented young forward who could go on to become one of the world's very best. The Spain and Brazil internationals have burst onto the scene in LaLiga Santander and have already demonstrated that they deserve to be starting up front for these two prestigious clubs. With Ansu Fati still just 18 and with Vinícius only 21, both players have room for growth and the latter is showing that this season by already scoring five LaLiga Santander goals, surpassing last season's tally. Ansu Fati, meanwhile, has just returned from a long-term injury and will be looking to rediscover the form he showed when he shocked the world as a 16-year-old. 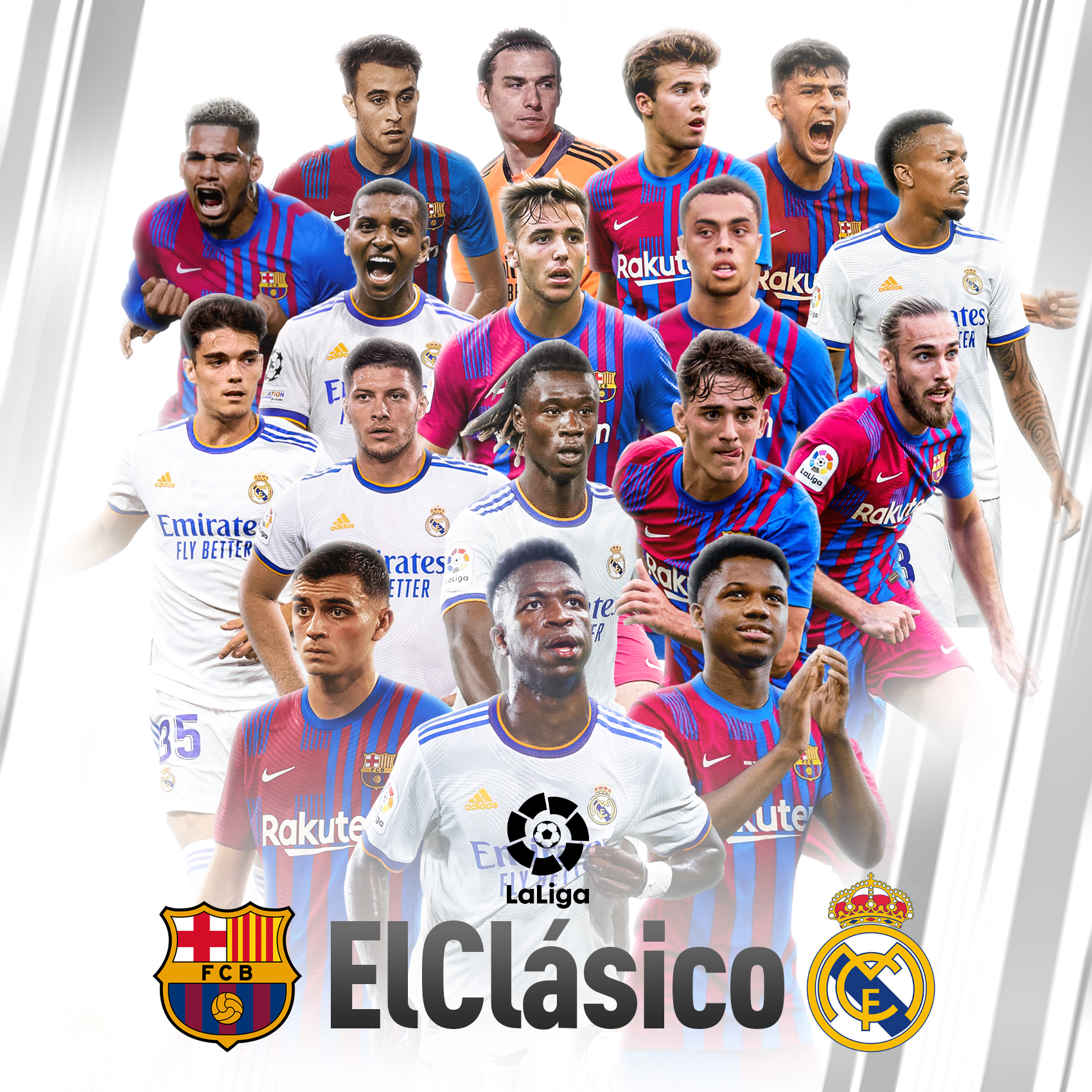