COMMENT: For his confidence. For his career. It couldn't have run better for Eddie Nketiah at Stamford Bridge on Wednesday night...

Two goals. Three points. The admiration of the away support. The admiration - and an apology - from his manager. All against the club that rejected him as a 14 year-old. For Nketiah, Arsenal's 4-2 win at Chelsea was a landmark performance.

Before Wednesday, the 22 year-old's career was meandering. Off contract in June. With some questioning his commitment. Nketiah was being mentioned alongside teams in the bottom half of the Premier League table. A free agent. With some, if unproven, potential. He was being written up as a player not ready for prime time. And certainly not ready for a Champions League team.

But after Wednesday night's performance, that will change. On paper, the double - as opportunist as it was - is impressive. But Nketiah's contribution was much more than this brace. He was mobile. He was powerful. He was nimble. He led Arsenal's line like a genuine Premier League centre-forward. And did so against a top four rival. His speed caught out a lethargic Andreas Christensen for the first. His power and determination forced Malang Sarr into panic for the second. And beyond the scoresheet, he was a constant threat when facing the goal, while always being available to teammates with his back to it. As we say, for Eddie Nketiah's career, it was a landmark moment.

Certainly his manager thought so. Mikel Arteta deserving credit for starting his young striker ahead of the available Alexandre Lacazette. The reward was clear, but it also gave Arteta the opportunity to hint at reasons for Nketiah's absence and what he truly thinks of his No30.

"What Eddie has done tonight is because of what he has done for the last 10 months and no-one has noticed," Arteta said in the aftermath - essentially a pitch to Nketiah and his minders about why he should sign when that new contract is tabled.

"I said to him I haven't been fair. I should have been playing him more. We have other issues as well and that has not been easy.

"But he deserved completely what happened to him tonight." 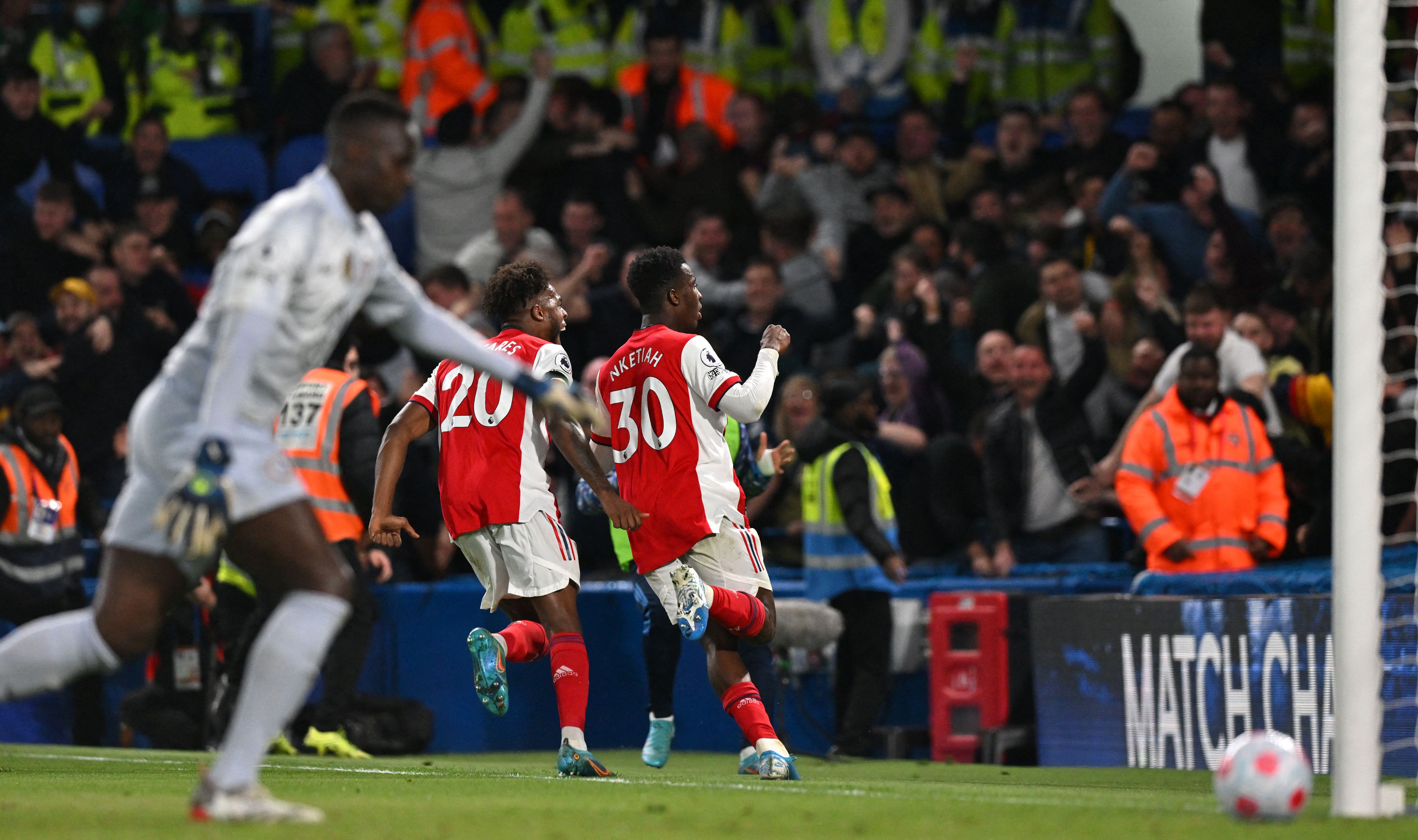 Significantly, Arteta also made it crystal that Nketiah's absence hadn't been due to attitude. Whether it was his contract, or simply systems or personnel, the manager didn't go that deep. But Arteta was clear about what he and his staff think of their young striker.

"When you look at him in training and how humble and hungry he is, good things happen to good people," added Arteta. "If I'm happy for anyone it is especially him because I know what he has been through."

And there'll be many connected to Arsenal echoing such comments. You could see it in the reaction of his teammates and the Gunners bench for Nketiah's goals. "Humble". "Hungry". They're qualities Arteta values in a player. The Basque isn't making a public apology to someone he doesn't rate or want around. It was a career night for Nketiah. But also one, publicly, for his manager to clear the air.

And you hope the gesture is appreciated by Nketiah and his support team. Arteta has shown his commitment to youth. Perhaps not to Nketiah. But certainly to his teammates. Whether the issue was the negotiations or not, both the apology and even selection for such a critical game, should not be dismissed by those advising the young forward.

Watching from afar, no doubt, will be a pleased Arsene Wenger. The Frenchman gave Nketiah his debut five years ago and in the process predicted a "long career at Arsenal" for the then 18 year-old. Wenger knew at the time they had something special on their hands, questioning the wisdom of Chelsea to cut loose Nketiah some four years previous.

"Life gives a chance to young people and hopefully he will make a long career at Arsenal FC," said Wenger. "We are proud to give young players a chance.

The full circle? This game has a habit of offering such moments. If a performance was needed to convince Nketiah and Arsenal to continue together, he couldn't have chosen a better opposition and better ground to prove himself.

Chelsea at the Bridge. And after three consecutive defeats. No-one could've predicted Arsenal finding four goals amongst them on the night. But they did, thanks to Arteta's gamble with his centre-forward selection.

Nketiah proved himself an Arsenal player on Wednesday night. An Arsenal matchwinner. The evening was definitely a shop window - and with the opinion of Arteta now known - it was as much for the Gunners' board as any watching scout.

For his confidence. And definitely for his career. It couldn't have run better for Eddie Nketiah on Wednesday night. And for Gooners, you do hope that show of humility from Arteta in post-match is enough for their young striker to agree to stay.