COMMENT: On today's form. In today's atmosphere. There is an argument to be made againstManchester United handing Bruno Fernandes an improved contract...

But this deal isn't about the here and now. It's far more important than that. Upgrading and extending Fernandes's deal is about the future of Manchester United - and also the player's immediate past.

Yes, this season he's not hit the heights consistently of his first six months in a United shirt. Yes, the team's form can be directly tied to Fernandes' struggles this season. But on potential. On past performance. The Portugal international remains the team's most important player. He is still the lynchpin. And he's built that reputation on a salary that ranks him amongst the lowest paid of his peers across the Premier League.

On 100,000 quid a week, Fernandes has at times carried this club. Not recently, we'll grant the critics that. But he has done it. And as we say, he did it on wages worth less than a third of what Paul Pogba has managed to accumulate over his time at Old Trafford. In terms of business, it can be reasoned to make Fernandes wait a little longer before discussing new terms. After all, his deal doesn't run out until 2025 - and even then there's a 12 month option the club can trigger if it so needs.

But Fernandes, for his status, his influence, for what he has done since arriving in January 2020, deserves to see his deal upgraded. The talk of more than doubling his wages to £240,000-a-week makes good headlines. But, again, when you have a Pogba running around on £300,000-a-week, it's the least Fernandes deserves for what he's done these past two years.

However, this new agreement isn't just about rewarding Fernandes. It's also about the club. The team. And it's future. At 27, Fernandes is entering his peak years. And you want your prime player happy, dedicated and focused. The present contract may still have three years to go, but given his wage status, it's only going to cause problems as it continues to run down. With a new manager to arrive. A new chief exec in Richard Arnold now pulling the strings. And a new era to launch. You don't need any unnecessary distractions. Reaching new terms with Fernandes just as the new manager is appointed will go a long way to kicking off this new cycle in the best possible way.

Some pundits are insisting Fernandes hasn't done enough this season to warrant the upgrade. Further, criticism has grown regarding his on-field demeanour. The flailing arms. The head shaking. It's turned off some ex-players. 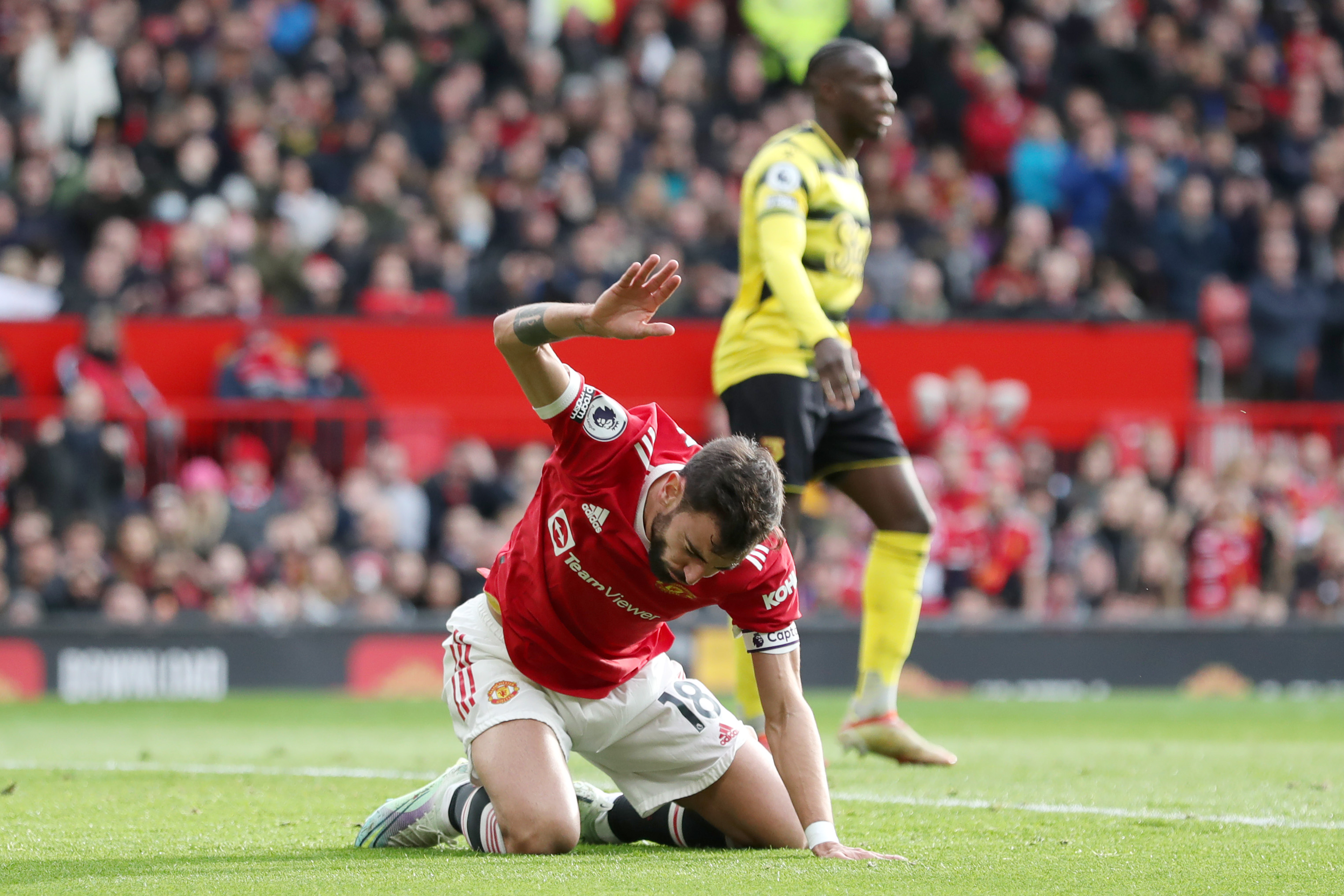 Fernandes (again) showing his frustration on the pitch

Tony Cascarino, the former Aston Villa and Chelsea centre-forward, said just Saturday morning on local radio: “He frustrates me because he's a talent but he's always waving his arms around. It feels like he's complaining and moaning about his team all the time during the game.

“I don't think they should be offering him a deal yet."

But don't you want your senior players to be demanding of their teammates? Don't you want to see passion displayed? A player who wears their heart on his sleeve? If it's offputting for his teammates, then this column would argue the best solution is to outdo their No18. If the subject of Fernandes' wrath is outscoring or creating more chances than him, it's a far better way of throwing it back at the Portuguese than hoping pressure from a watching a pundit or a word from the manager will convince him to back off.

You want a demanding dressing room. A driven squad of players. You want the senior group to create such a culture. To take it upon themselves to shake things up and push their teammates to new levels. At the moment, that isn't happening. Indeed, we've two instances in the last 24 hours of United players seeking more excuses regarding their own form.

On Friday night, more soundbites of Pogba's self-involved interview earlier in the week emerged: "You have to tell the truth.

"When there were difficult times in Manchester, I needed this break in Blue to regain that confidence."

Then after helping England defeat Switzerland on Saturday night, Luke Shaw had this to say: "When we're here we just focus on what's happening because my main focus is England at this time. I think everyone does. It's always important to feel like you're wanted.

"Especially here, I always feel that. I'm not saying I don't at United but especially here, the way things are, I feel wanted, I enjoy my football. The big part of football is enjoyment."

Shaw and Pogba, two senior players inside the United dressing room, complaining about the atmosphere at the club. But it's an atmosphere that they're responsible for. That in their roles as senior leaders, they have the ability to shape and change. But they've chosen not to do it.

And this is why Fernandes needs - and deserves - his new contract upgrade. Eleven Bruno Fernandes', with his attitude and approach, and United have a team. Eleven Pogbas? Is it even worth the argument...?

Yeah, on current form, you could argue Fernandes doesn't deserve a new contract. But this isn't about today. It's about a new manager and a new era. A new era that needs a happy Bruno Fernandes who feels appreciated. And Manchester United can do that by paying their No18 what he deserves.