Diego Costa: Explosive, entertaining; but is he worth the risk for Arsenal or Wolves?

COMMENT: Diego Costa. There's a player in there. And both Arsenal and Wolves know it. They're not ready to pull the trigger just yet, but he has been more than simply mentioned inside both clubs as they plan for January's transfer window.

He's older. Slower. But still carrying the same fearsome reputation as he had two years ago with Chelsea. You don't need your Moneyball stats for this one. The proof was in the protective clauses Atletico Madrid demanded as part of their termination agreement. The LaLiga leaders wary of blow-back after settling on releasing Costa from his contract. A €20m penalty should he sign for direct title rivals Real Madrid, Barcelona or Sevilla. A cost of €5m in damages should he join a Champions League-competing club anywhere across Europe.

Atleti's board know what they're doing. After all, they've been the big beneficiaries from Barcelona's failure to do the same when pushing Luis Suarez out the door over the summer. That they've now replaced Costa with Suarez - and made sure the same can't happen to them - really does leave eggs on the faces of Josep Maria Bartomeu's former Barca regime.

But it's also proof. Proof that Costa still has much to offer. Maybe not at Atleti, where coach Diego Simeone is settled on Suarez and the nimble Joao Felix as his prime attacking partnership. But Simeone and his directors still rate their old centre-forward as a difference maker - and were determined to make sure that difference wasn't going to affect their ambitions this season.

"I will not explain the contractual issues," Simeone said at the start of the week. "We want to help Diego as he has been helped, but obviously we do not want to harm ourselves.

"The people who work at the club will have put the balance between the club and wellness."

Costa huffed. He puffed. But in the end he backed down. Those clauses were put to him when first demanding a release at the beginning of the season. He rejected them initially. Oh, and insisted the termination include a full payout for the coming campaign. In the end, Atletico won this arm wrestle on both counts.

But not without cost. Though again, as much as Costa became a bad influence around the club, he only ended up damaging himself. Going AWOL from training. Clashing with staff. Almost coming to blows with Simeone's assistant Nelson Vivas. The final weeks of Costa's second spell with Atleti ended much as it did two years ago with Chelsea. Sources at the club describing Costa as "toxic" and "unbearable" - again those at Chelsea will surely afford themselves a wry smile.

But there's no getting away from the fact that as much as Atleti wanted rid, they were insistent it be on their terms. And it's why Arsenal and Wolves are contemplating rolling the dice on the now 32 year-old.

In terms of football. In terms of where each team is in their cycle today. The advice would be to run a mile - and quickly. 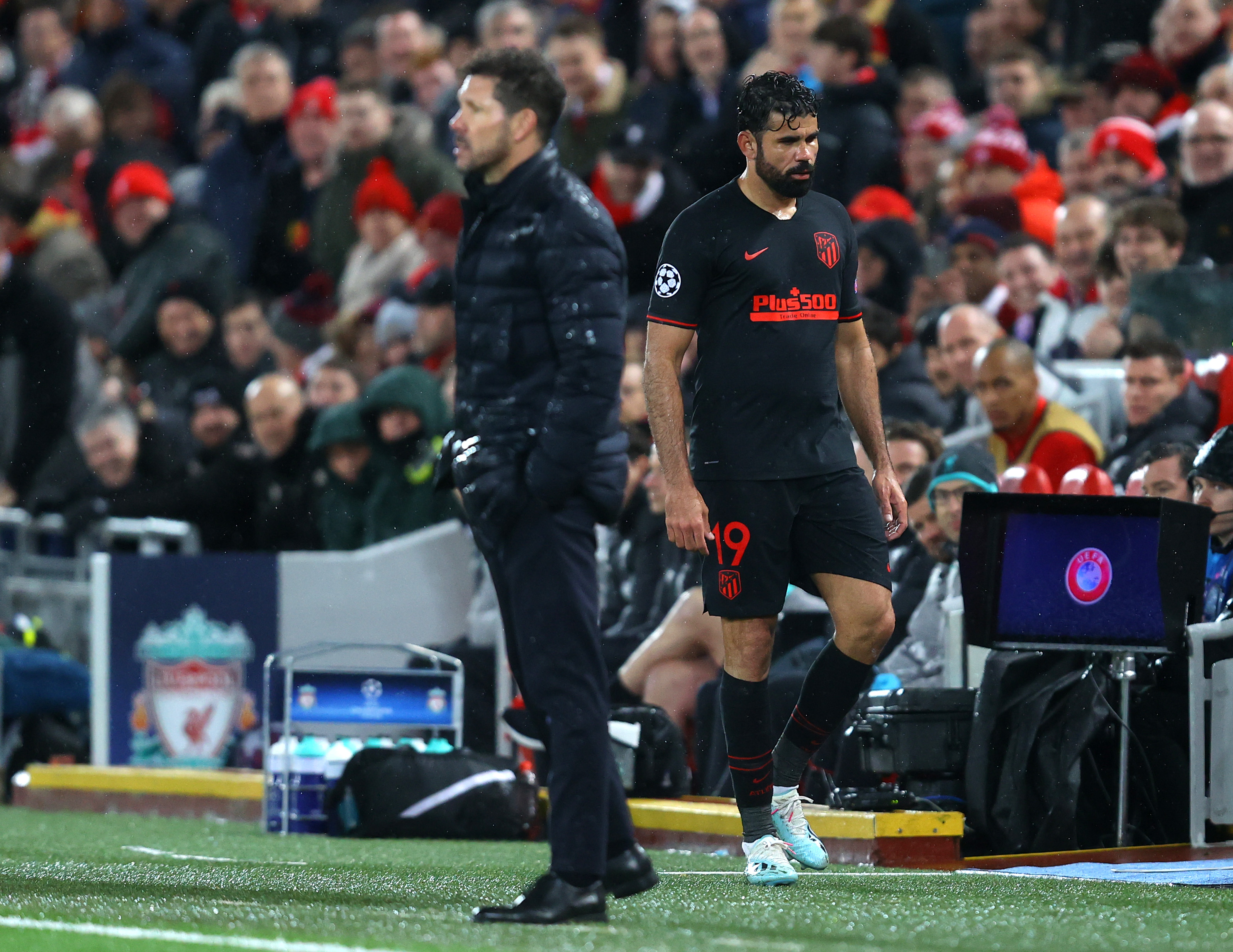 At Arsenal, where manager Mikel Arteta has just begun to turn the tide, they're in a complete rebuilding phase. And part of that rebuild should involve young centre-forwards Eddie Nketiah and Folarin Balogun. With Balogun's deal to expire in June - and Nketiah's in 18 months time - the arrival of Costa will surely make the prospect of convincing either player to stick around long-term all the more difficult. And that's without considering the Spain international's reputation for disruption and an injury record which has seen him sidelined for six weeks this season.

However, Costa does offer Arteta something he doesn't have at the moment - a top drawer centre-forward capable of playing with his back to goal. He could be the hinge that brings it all together. But it'd be a risk. A big risk. And across at Molineux, the odds of success would be just as long.

Putting Costa together with Nuno does add up. Shorn of Raul Jimenez for the season, Wolves are in need of an experienced, warrior-type centre-forward ready to step in for the Mexican. Fabio Silva is a cracking signing - but is years away from matching the impact of Raul. The chat around the Costa option does make sense.

But again, it's a gamble. A risk. A gun for hire? Sure. At his best, Costa could help fire Wolves back into Europe. The reliance of Nuno's system on a free-scoring centre-forward has become obvious in Raul's absence. Costa could be just the short-term solution the manager needs.

But again how long before it all backfires? Indeed, would Costa's personality even fit inside the Wolves dressing room? A dressing room dominated by good, serious professionals - but no-one with the personality of a David Luiz or Pierre-Emerick Aubameyang to at least keep their new teammate in check. Again, that squad dynamic, which has taken so long for Nuno to successfully build, could quickly be shattered with the introduction of the wrong type of character.

For Wolves, the twist in this saga is that they have a readymade replacement for Raul on the books. Patrick Cutrone will be returning from his loan with Fiorentina this week. The Italy U21 centre-forward finding himself surplus to requirements for new coach Cesare Prandelli. It's clear that Nuno has written him off - but they haven't in Italy, where Napoli, for one, would prefer to take over Cutrone's loan than register Arek Milik for the remainder of the season. There must be some inside Wolves who can see they're missing a trick here...

For Costa, if you're connected to Arsenal or Wolves, your first instinct should be to run a mile. But as a neutral, this column would love to see him back in the Premier League. He'd be a headline maker. Explosive. Entertaining. Costa remains the player you'd be drawn to when seeing him in the flesh at Premier League grounds. The ball could be at the end other end of the pitch, but he'd still be the most engrossing figure on the field. As a neutral you want that. And the Premier League, in terms of entertainment, need that.

But there's more - much more - to Costa's game than simply winding up his marker. There's still a player in there. It's why Atletico demanded all those clauses. And it's also why he's now being discussed seriously inside Arsenal and Wolves.