Declan Rice & Chelsea? Why Lampard must swerve that and find his Chiellini

To be fair, cycling back to that 1990/91 season, the players on Chelsea's books were no mugs. Beasant in goal. Steve Clarke at right-back, a league winner in Dorigo at left-back. With Erland Johnson and Ken Monkou in the middle of that back four. Player for player. Reputation for reputation. Not really so bad. Which is the same that can be said when pulling apart the Chelsea defence of today.

But facts are facts. And this season, Chelsea have conceded more goals than anyother back four in 29 years. And for Frank Lampard, it seems the solution to the manager's problem is simply to throw money at it.

For the moment, the focus is on finding agreement with Bayer Leverkusen for Kai Havertz. Another attacking signing. A third for the summer market following the arrivals of Timo Werner from RB Leipzig and Hakim Ziyech from Ajax. But Lampard's defence is about to get the same treatment. A new left-back. Potentially a new centre-half. And a replacement for Kepa. There's more business to be done. Much more. But will it bring the desired result? 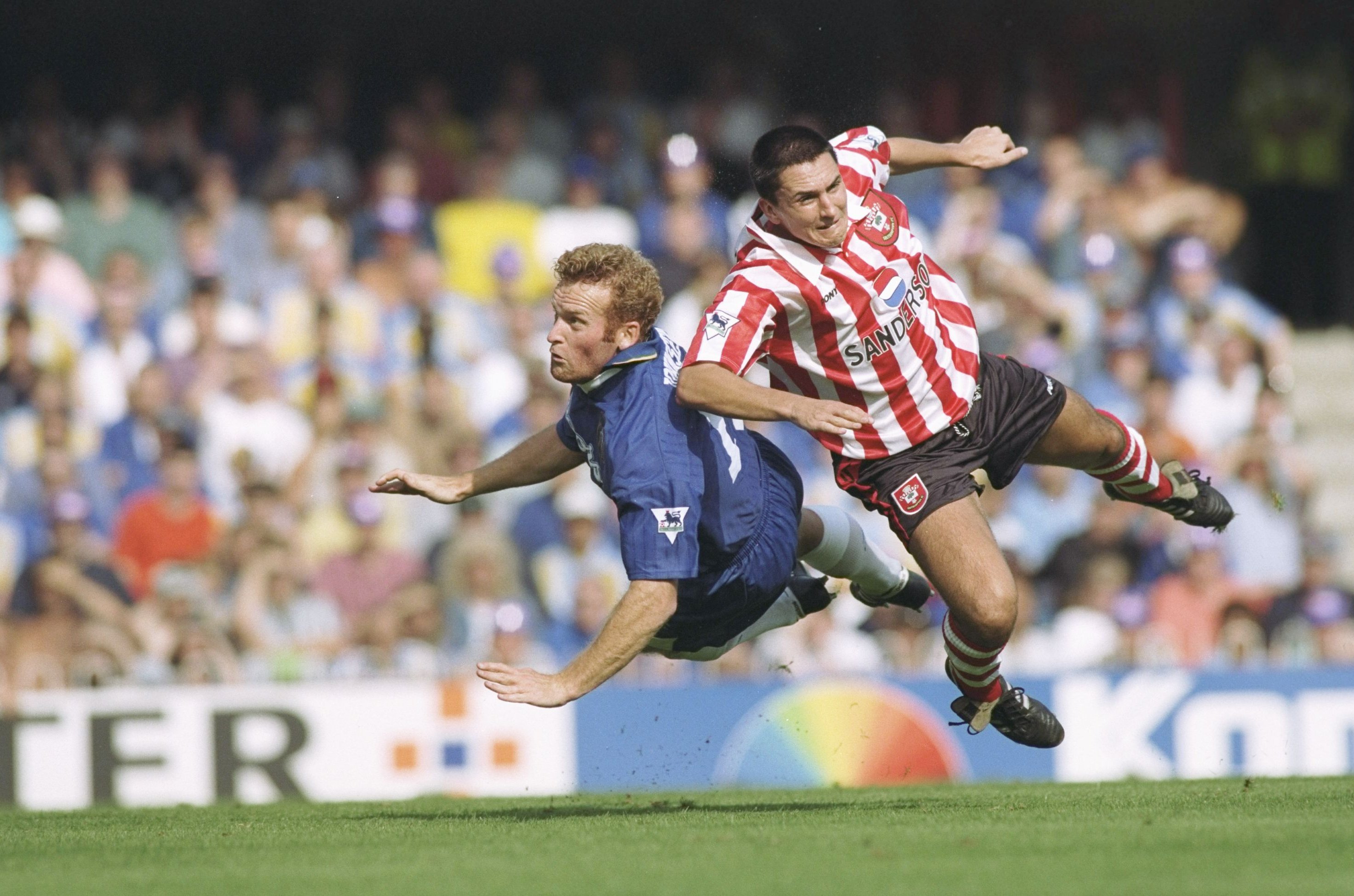 Erland Johnsen in action for Chelsea at The Dell

In goal, Chelsea's pursuit of Jan Oblak has been encouraged. The Atletico Madrid No1 not ruling anything out on the eve of last night's Champions League quarterfinal defeat to Leipzig. Asked directly about Chelsea's interest, Oblak was erm, oblique, "There'll be time to talk", he stated, leaving the door ajar.

And while this column has been supportive of Kepa, it can be argued Oblak would be a step up. Perhaps Kepa will grow into a goalkeeper of the presence of Oblak. He certainly has the talent. But as Lampard has stated, talent alone doesn't make a great goalkeeper. Particularly one that is playing behind a relatively inexperienced defence.

Discussing what he believes makes a great No1, Lampard highlighted where he felt Kepa was falling short: "There should be that desire to keep clean sheets, use their feet and be a personality - which we see from top-level goalkeepers all over the world."

In other words, the Spaniard has everything in his locker. But he needs to be louder. He needs to have a presence. Be a leader to those in front of him. When you pick apart the faint criticism from Lampard, you understand why Chelsea are making a serious pitch for Oblak.

But what about that potential new centre-half? The latest is Lampard has identified Declan Rice as a priority. The manager seeing West Ham United's ball-winning midfielder as a more natural ball-playing centre-half. And just as a subscript, also the chance of righting a wrong which saw Rice dumped by the Blues academy as a junior.

But will Lampard simply be replacing like for like? Andreas Christensen. Kurt Zouma. Fikayo Tomori. Any one of them is likely to make way - possibly sold - for Rice. But how does replacing one, young centre-half with another change what has happened over the past season?

The short answer is: it doesn't. And rather than throw as much as £80m at West Ham to convince them to part with their young England international, Lampard would be better served by finding his very own on-field defensive coach.

The likes of Christensen, Zouma and Tomori are talented enough. But the risk is such potential will eventually be lost without the right on-field guidance. Dutch great Marco van Basten highlighted as much when discussing his country's big hope Matthijs de Ligt and his progress at Juventus this season.

"I don't think he is much better than he was at Ajax last season," declared Van Basten. "He has had an interesting year for himself. De Ligt was unlucky that he did not have (Giorgio) Chiellini, who is a real team player, beside him, because he is a better trainer.

"(Leonardo) Bonucci does his own thing, does not organise and does not indicate what De Ligt should do. In my view, Chiellini does that, he does things for others and is a bit more social."

For De Ligt, you can read Zouma, Christensen and Tomori at Chelsea. Potentially Marc Guehi also. They need that on-field coach. Lampard needs his own version of Giorgio Chiellini.

This month, such an approach has served PSG well with Thiago Silva. As it has Barcelona with Gerard Pique and Bayern Munich with Jerome Boateng. And of course, two of those three will become available once this Champions League campaign conludes. Should Lampard be turning up his nose at the chance of adding Thiago Silva or Boateng to his young locker room? If they're good enough for PSG or Bayern, then why not Lampard and Chelsea?

The talent is there. As is the potential. But something needs to change within that Chelsea back four next season. Lampard needs to find his Chiellini. And the positive thing is - they're out there.

There's no hiding from this season's 29-year record.