COMMENT: This is a win-win. Surely? Ole Gunnar Solskjaer and this goalkeeper dilemma. Whichever way he goes, he can't he really lose. And if he should go young over old, there's every chance nothing really will change...

It was inevitable. Especially from those inside the Dean Henderson camp. Something has to give. Manchester United essentially have two Premier League No1s on the books. David de Gea long recognised as such. Henderson, after last season at Sheffield United, now viewed in the same category. But this can't continue... apparently. And it's a situation now accepted by their manager.

It's no surprise who's driving this. Henderson, now about to turn 24, can see it all falling into place in front of him. He can taste it. About to reach 10 years as a Manchester United player. There's an argument that if he can grab first-choice status away from De Gea, he'll also be first-choice with England for the next five years - at least. But he needs to get started, hence that meeting with his manager.

So the story goes, Henderson initiated clear-the-air talks with Solskjaer. He wanted to know where he stood. And to also make it clear that another season playing second fiddle wasn't in the script. The response was positive. The door left ajar. De Gea's untouchable status had long gone. Henderson assured that this season, not only had he and the Spaniard been judged on equal ground, but a decision would be made in the summer over the future of both players. Only one would be left. Neither goalkeeper, if push came to shove, would be forced to act as cover for their training mate. Neither man would be kept 'against his will'.

And that's an important distinction. As it could bring into question how much faith Henderson and his minders have that Solskjaer will always treat him fairly. For if Henderson is backed by Solskjaer, unlike if the roles were reversed, there's no guarantee that De Gea would force a move away.

Yes, next season is a World Cup year. Yes, at 31 and given everything's he achieved for club and country, the demotion would be difficult to take. But even more difficult to accept would be the huge cut on wages De Gea would have to accept should he move on. At £375,000-a-week, not including bonuses, De Gea is among the highest paid players in the world. He's the highest paid goalkeeper in the history of this game. And given the state of the industry as it is today, there is no chance of any European rival being prepared to get anywhere close to what he rakes in every week to tempt him away. 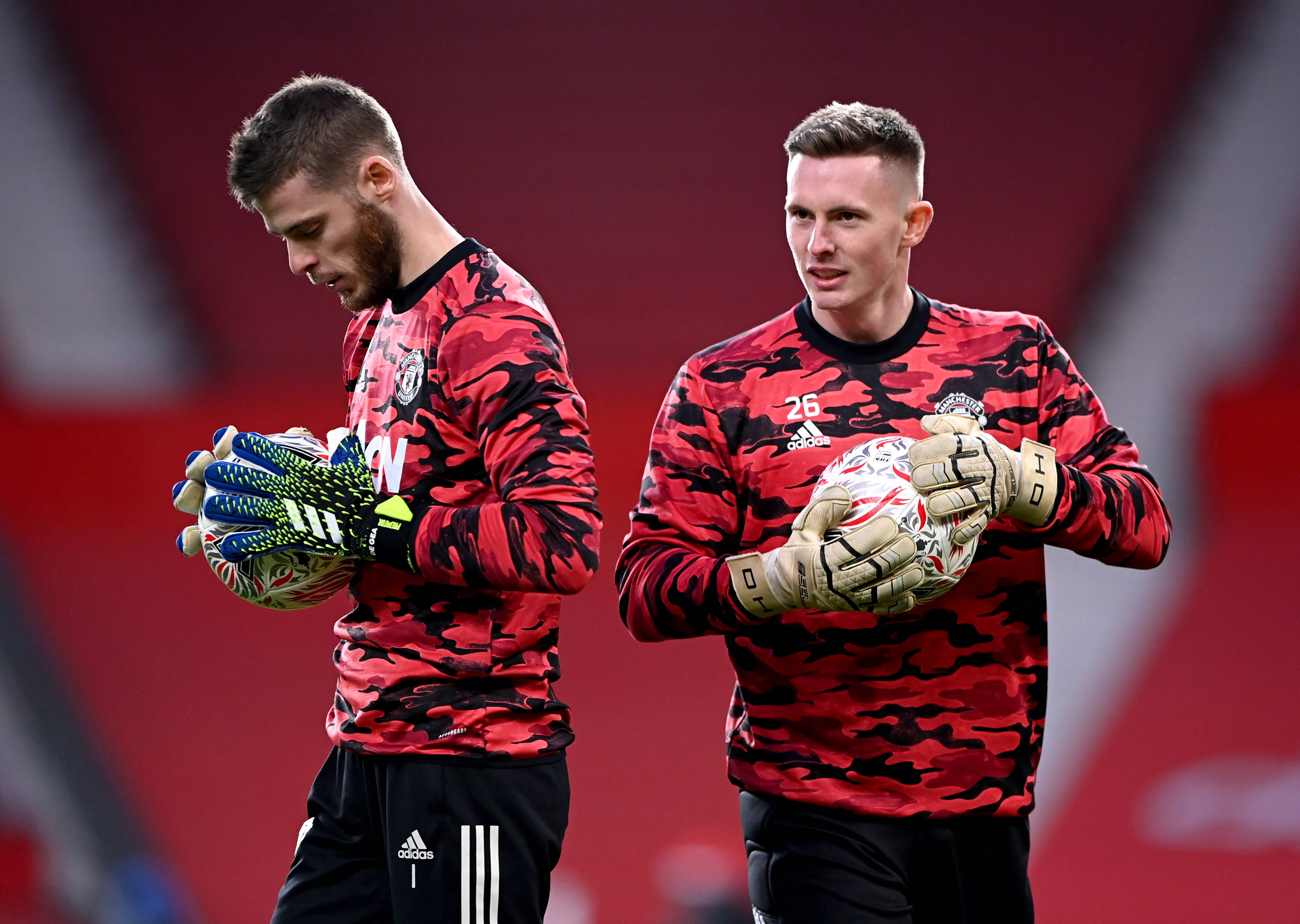 De Gea and Henderson - will they really split next season?

And this is a contract which still has two years - plus an option for another 12 months - to run. Essentially another £60m on the table from June this year. Whether it be Real Madrid, PSG or Juventus. No club capable of offering De Gea a competitive team and Champions League football are going to consider matching what he currently earns. If given the option to stay and push Henderson - maybe even reclaim his place - or accept a massive cut on salary to move abroad, the prospect of De Gea making life easier for his English rival and simply departing is remote.

So then, for Henderson, it'll come down to trust. Can he trust Solskjaer to always judge him fairly? Can he trust the club's top brass not to pressure their manager to select the higher paid player? And does he have enough trust in himself that he can handle being the hunted, rather than the hunter, should De Gea stick around? These are the questions now being bounced around Henderson's entourage. And they're questions that require serious consideration.

One thing Henderson can put his trust in, if he is to leave, is that there's life for goalkeepers after Old Trafford.

Plenty has been leveled at and debated around United's academy system in recent years. But one position they've succeeded at has been goalkeeper. De Gea, ever since his arrival in 2011 from Atletico Madrid, may've always been regarded as the club's No1. But there's been some great work done underneath the first team in terms of scouting and developing goalkeepers.

Ron-Robert Zieler, now with Hannover but currently on-loan at FC Koln, has played for Germany. Pierluigi Gollini, a star with Gian Piero Gasperini's exciting Atalanta team, is an Italy international. And even young Kieran O'Hara, now with Burton Albion, has been capped by the Republic of Ireland. All goalkeepers recruited by United as juniors. All goalkeepers developed and sold elsewhere - but also good enough to eventually play for their country.

Indeed, examine Henderson's career development and you see a tried and tested plan in place. A first loan with National League North Stockport County was followed by a League Two spell with Grimsby Town. Then came Shrewsbury Town in League One, two appearances at Wembley - a losing EFL Trophy final and also heartbreak in the promotion playoff final. And finally there was the Championship - and then Premier League - campaigns with Sheffield United. United's coaching staff put the project in place. Henderson did what was needed to complete every task demanded of him. And now United have an England keeper. But for how long...?

If his trajectory continues as it is, Henderson will be the protagonist in all this. De Gea, no matter what happens, will dig in his heels. Henderson will either push his senior teammate to new heights. Or replace him. But either way, it'll be up to the lad from Carlisle to decide whether United's two senior keepers stay or split up.

For Solskjaer, it'll be a win-win. And if it is to be the younger man, there's every chance nothing really will change...