Of all the top prospects in football right now, Benfica's Darwin Nunez is among the most sought-after. The 22-year-old Uruguayan striker is the top scorer in Portugal, with 26 league goals to his name at the time of writing. He's also found the net consistently in the Champions League, scoring against Barcelona, Bayern Munich, Liverpool and Ajax. Only five players - Karim Benzema, Robert Lewandowski, Mohamed Salah, Sebastien Haller and Christopher Nkunku - have scored more in Europe's elite club competition this season.

Unsurprisingly with this form, Nunez is attracting interest from a number of top clubs, including Liverpool and Manchester United. Does he have what it takes to make that step up? And can he do it this summer? Here, we will analyse his game in an attempt to answer those questions.

Nunez is the type of striker who doesn't involve himself much in build-up play, and who doesn't offer much when he does get involved. He can seem a bit unsure of himself when receiving with his back to goal, sometimes needing a couple of touches to secure the ball, and he rarely goes looking for the ball between the lines. In short, he is at his best when his teammates build the attack up into the final third, or release him directly into space behind defences.

He is explosively quick and excellent in one-v-ones. On the counter-attack, he has a tendency to peel wide left to get isolated against a defender near the touchline (see below). In these situations, where there is space to exploit, Nunez is almost impossible to stop. He can simply knock the ball past the defender and accelerate away. 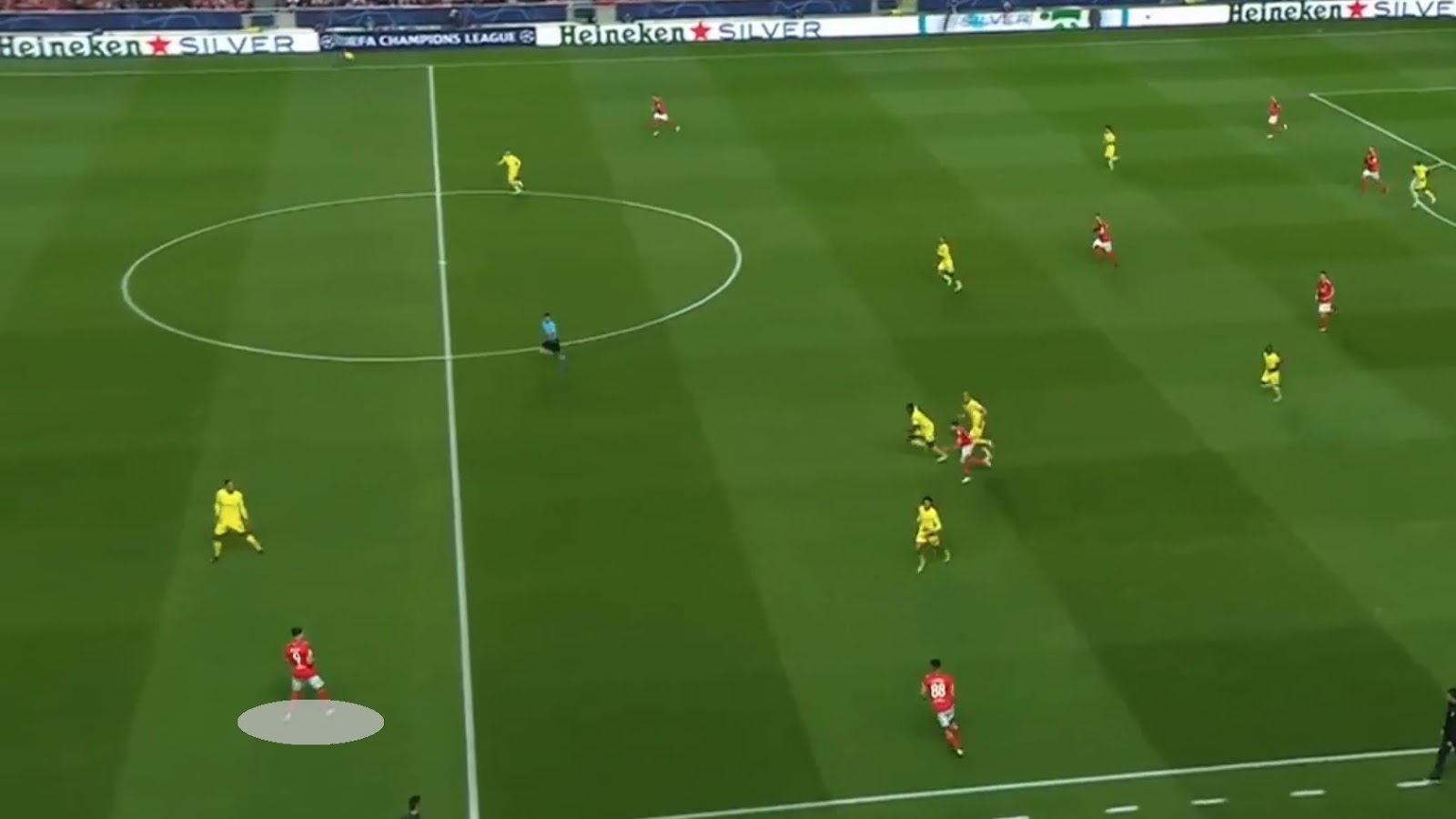 Likewise, when the opponent tries to play a high line or set offside traps, he is a threat in behind. He plays mostly on the shoulder of the last man, sometimes even wandering offside before checking back just as the ball is about to be played (see below). In truth, he can give most defenders a head start and still get there before them, simply through his incredible pace. 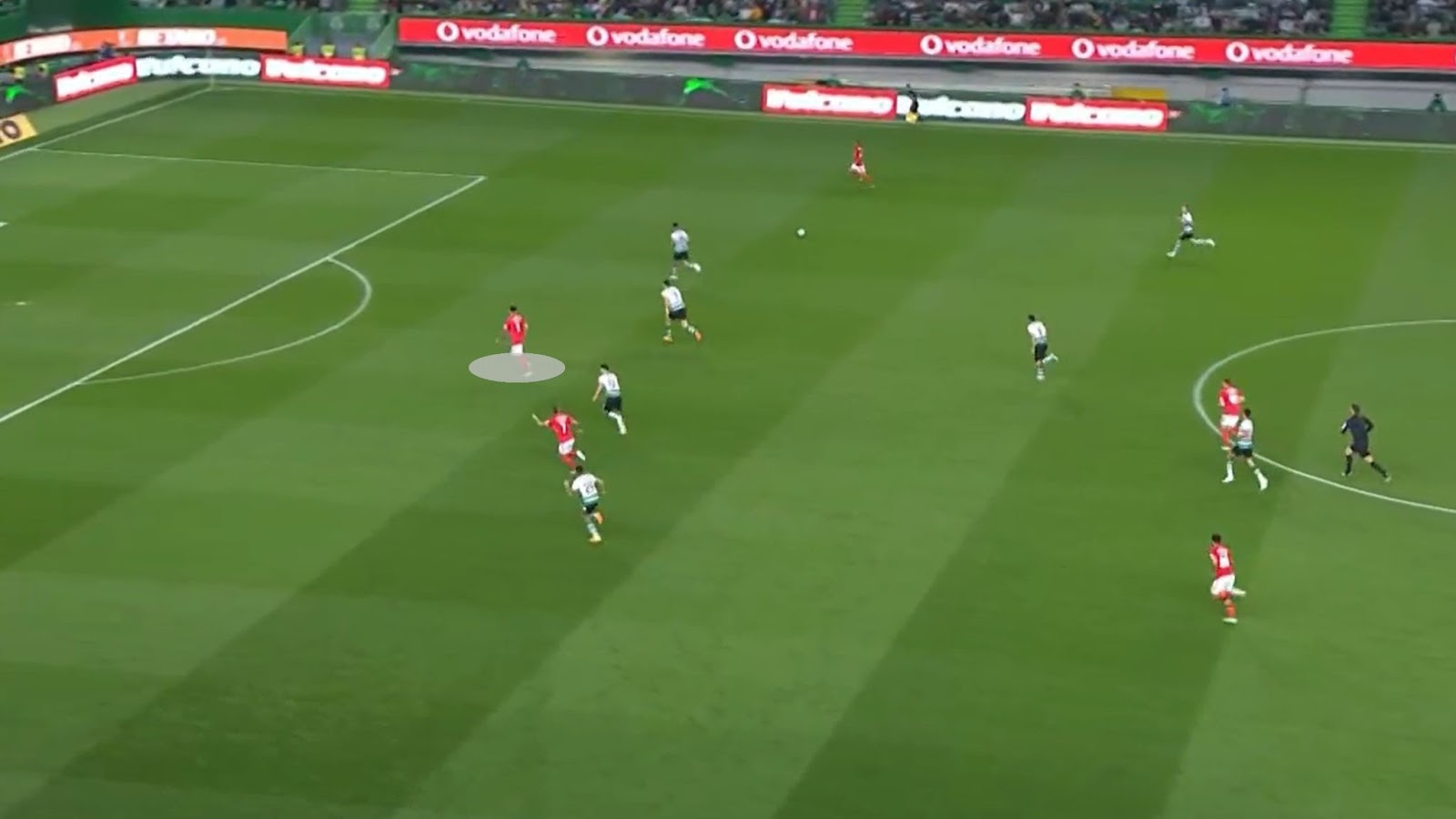 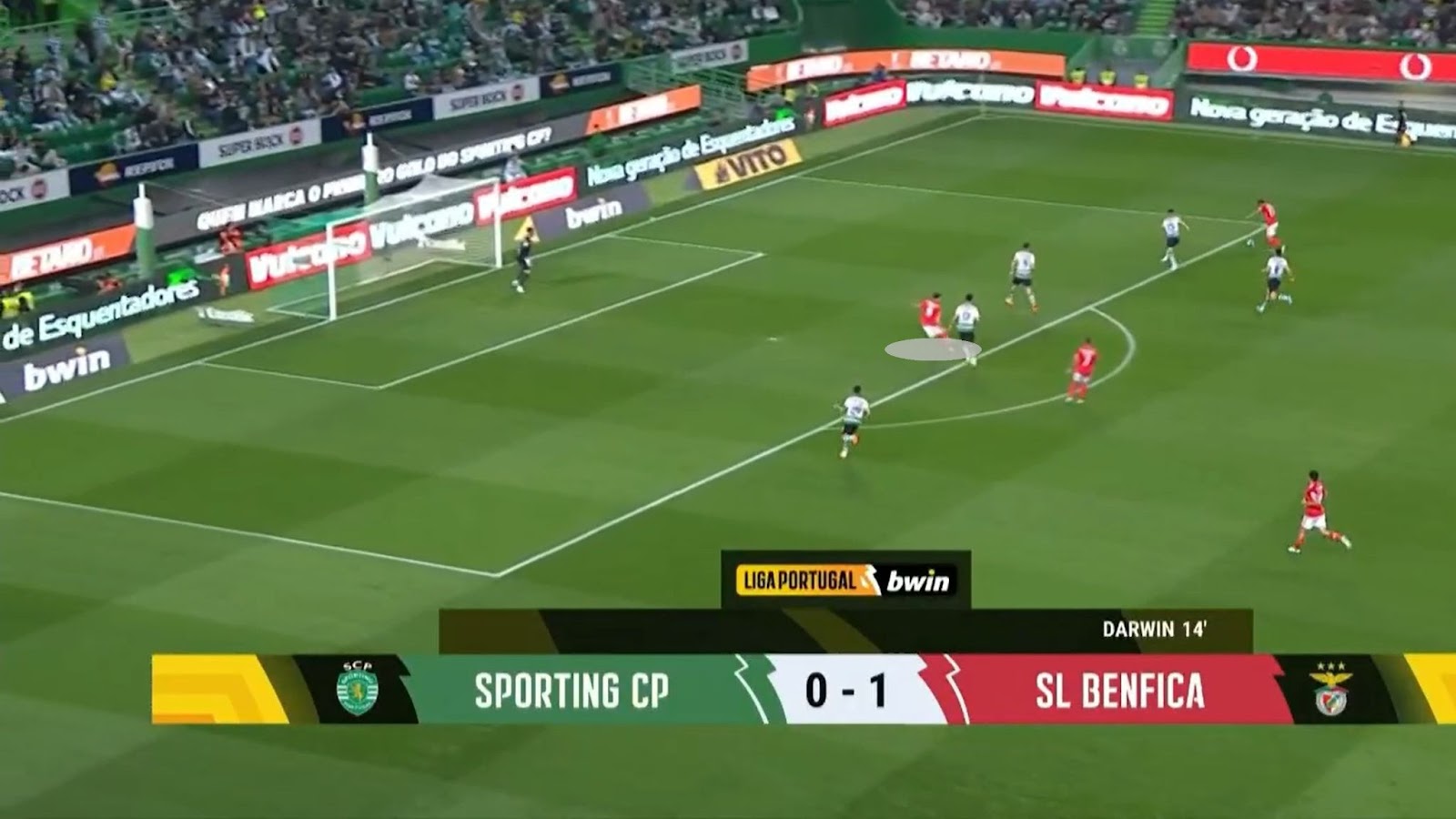 Nunez can score from outside the box, and likes to cut in from the left before unleashing a shot with his favoured right foot. He strikes the ball well and generates good power on his shots, but could improve his decision-making on when to shoot and when to pass to a teammate or try to work a better angle for himself.

Inside the penalty area, his speed helps him to beat defenders to crosses. With a 6ft 2in frame and good strength, he can also compete in the air. However, most of his finishes come with his right foot, and he shows good composure when presented with opportunities.

The obvious comparison to make would be with Cristiano Ronaldo. Like Ronaldo, Nunez is an outstanding athlete with searing pace. He's single-minded, shoots with power, though not necessarily finesse, and is extremely dangerous in transitions or with space behind a defence. However, also like Ronaldo, he doesn't offer much by way of combinations, hold-up or link play to bring teammates into the game. Perhaps the big difference is that Nunez can still improve his movement inside the penalty area, to make space for himself.

According to WhoScored data, Nunez's passing accuracy is 15.9% lower than Ronaldo's this season, while he produces marginally more in terms of key passes and assists. Nunez completes twices as many dribbles, though, and has scored eight more goals despite shooting less frequently. These numbers appear to back up some of the aforementioned similarities between the players - as single-minded goalscorers, with Nunez a greater threat on the dribble.

Looking to the future

In the short-term, Nunez's strengths and weaknesses are aligned with more counter-attacking sides who will play in open games, such as Atletico Madrid. His pace and acceleration are his greatest attributes, but they wouldn't count for so much if he were playing in dominant sides against low defensive blocks.

It is also worth noting that the Portuguese league has not always been a good indicator of how well a player will do in England, Spain, Germany or Italy. In recent years, top scorers like Jackson Martinez and Carlos Vinicius failed to make the grade when they left Portugal for Atletico and Tottenham Hotspur. Others, like Bas Dost and Haris Seferovic, moved to Portugal after failing to score consistently in Germany and Spain.

However, at 22 years of age Nunez is at an earlier stage of his career than all of these players were, and he has more upside. The next step in his development will be to become a clinical finisher in the penalty area, with better movement to generate first-time finishes on crosses. If he refines that last part of his game, and combines consistent goal-poaching with elite counter-attacking threat, he can go from world class prospect to world class striker.