Man Utd winger James: I was NEVER a Liverpool fan

In this week's LaLiga Q&A we chat with Valencia captain and fans' icon Dani Parejo. Dani discusses his sudden goalscoring form, Valencia's transformation since Albert Celades succeeded Marcelino and the honour of now being with Los Che for nine seasons.

Question: Let's start now in that game against Atlético de Madrid in which you scored an amazing free-kick goal. How is that vision from thirty metres with the ball in that free-kick? You could hear the valencianista's murmur. Whenever there's a free-kick, Dani Parejo is at the steering wheel and there's danger for the opponents.

A: Yes, it's true that I had confidence, I was feeling well and I was completing a good second half and well, whenever you are going to shoot a free-kick or a penalty, it's a situation that I like to visualize and be confident that I am going to score.

Q: Do you work on your free-kick shooting carefully?

A: Well, now that we play every three or four days, I am playing a lot and at a high level, so you have to rest… It's very difficult because you have heavy muscles and well, whenever you can save some energy… At the end, when you train those situations, it's the quadriceps that suffers, so you do train them, but you train them with special care.

A: Well, yes, it's true that I have equaled last season's record and I believe that now with the VAR it's significative because there will be many more penalties. At the end, the referee does not see this kind of situations, but now, with the help of the VAR, as there's another referee in front of a screen that sees everything that happens, he can correct him and help him… You can check that matchday after matchday: there are many penalties and there will be more, that's obvious. I hope that we are awarded more and more penalties… We have been awarded quite a few already, but we have been awarded many against us too. 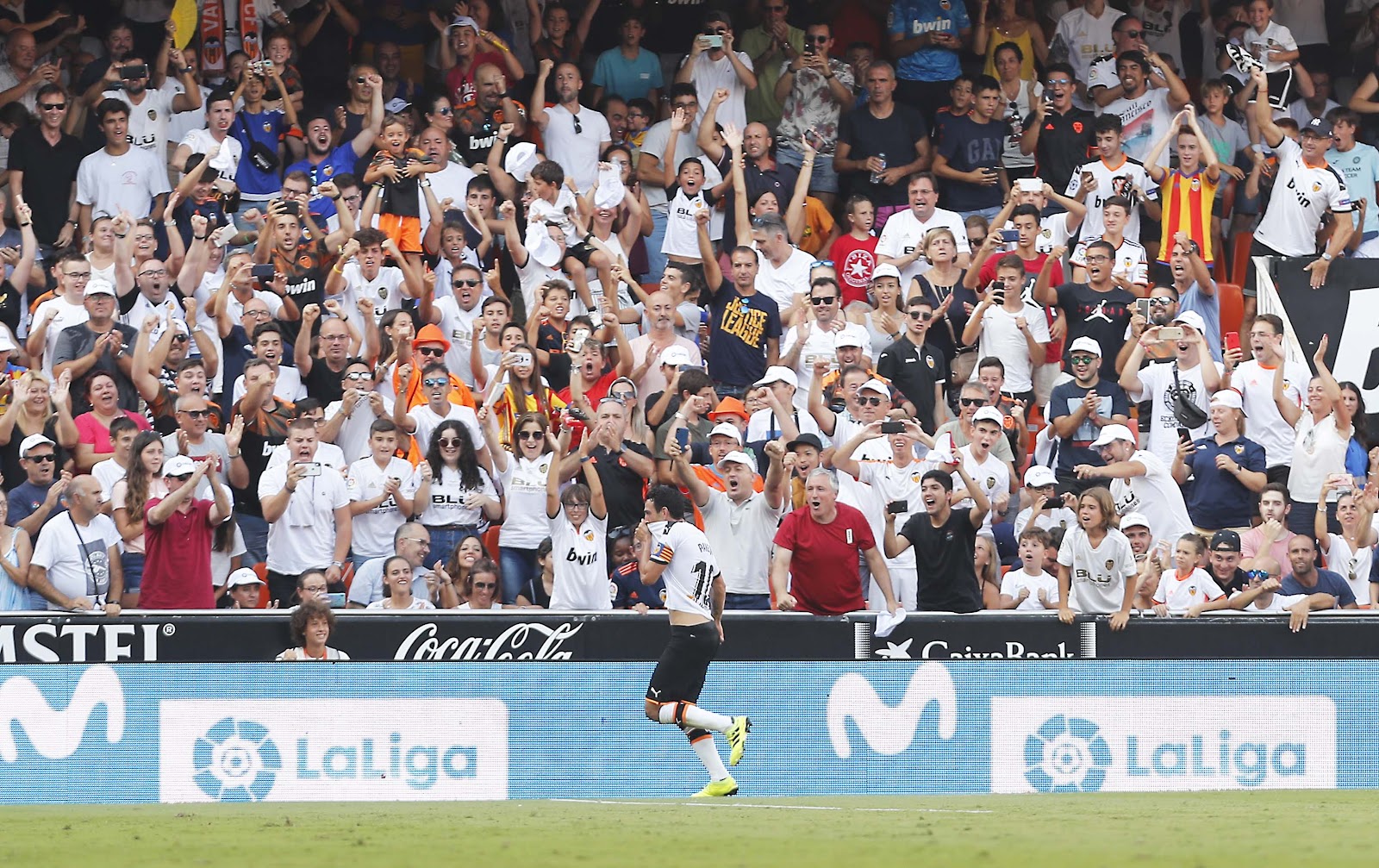 Q: The fact that there are more and more penalties forces shooters like you to vary their way of shooting them? That's why there are penalties like the ones against Mallorca that were shot differently, or the one against Alavés in the Panenka way…

A: Sure! At the end, the opponents, just like we do, watch videos of the other teams to see their strengths and weaknesses, and the keepers also work on those things. Of course, the opponents analyse it all and, well, nowadays there's apps and videos in which you can see the last 30 penalties shot, or where you usually shoot them… Obviously you have to vary, if you don't… I believe that keepers work hard on that.

A: Well, we were playing against Alavés, we were winning 1-0, and the keeper was Sivera. Sivera went through our Academy and has trained a lot with us, so I believe that he knows me quite well… So I chose to shoot in the Panenka way because I was convinced that he would go down. When the game was over, he told me that he thought about standing in the middle and I told him: "Yes, but you haven't ". But it is true that at the end, when you train with your teammates, they get to know you, and if they know you, it's always tougher.

Q: You are the team's top scorer, How are you experiencing it?

A: Yes, it's true. I am happy for it because it's always important to score goals. It is true that six came from a penalty and one from a free-kick, but you have to score them. There was a Champions League game against Ajax in which I missed out on a penalty with a 0-1 result, and we ended up losing 0-3. And another against Lille in which we were 0-1 and I scored it, and we ended up winning 4-1. Well, it's true that they are "easier", but you have to score them. I am happy for this and I would like -and I am sure- that the strikers will score more goals than me the current season, I have no doubt about it.

Q: What are Valencia's aspirations in LaLiga?

A: Well, of course we have to compete for being in the Champions League again next season. It's true that, a priority, we can compete against teams such as Sevilla, Villarreal, Real Sociedad -who are completing an amazing season so far-, Athletic Club… I don't know if I am leaving someone behind. We are all going to fight for the same and the truth is that this season we and Sevilla are the only ones that play during the week and have that plus of fatigue that maybe is not felt now, but on the long run will appear. That's something that has to motivate us, even if it makes it more difficult. And, as I said, we have to reach the furthest stage we can reach in the Spanish Cup, because it was beautiful for us last year and we made history in the year of the centenary. 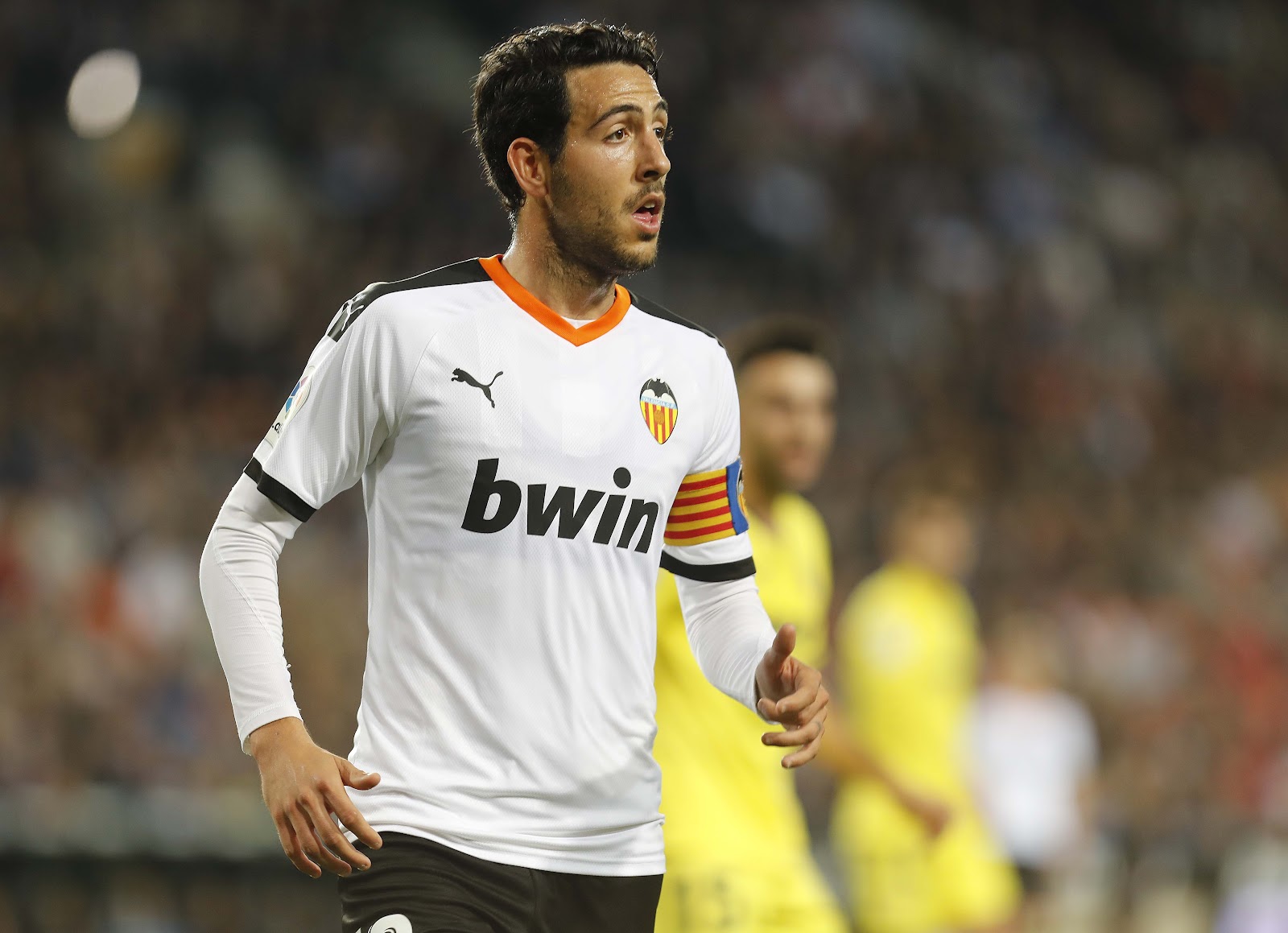 Q: Is the Ferran Torres' level surprising you?

A: Yes, I think that he is having a great season so far and especially in the games against Lille and Granada. In those two games it's true that he has taken a step forward in all senses, not only because he scored two amazing goals -and he did-. Not only because he was one of the best. But for his way of understanding the game, his hard work and the fact that he put his conditions at the service of the team. I would invite him to keep going down that path, cause he has done nothing yet and he is still young and has a lot to prove still, and he, with these performances, makes us a stronger team.

Q: I asked for him but I will also ask you about the block. You as the captain of Valencia, What would you say about the group this season?

A: Well, the fact that we are a group. We don't have players that win games on their own. I believe that we are showing every game that we have to be a team for 90 minutes, for good and bad things, and if we play as a group, we will win more games than the ones we are going to lose or draw, even when there will be games in which things won't work out.

Q: What can you tell us about Albert Celades, after three months of work with the new coach?

A: Well, the coach came in a tough situation, very uncomfortable for the players, and of course for him as well. Little by little, he is trying to transmit us his football, how he reads football, and how he wants the team to play at each game. He wants us to have an identity. After this time and after Marcelino's departure, I believe that there's great value in what the group have been doing so far. In other situations, as it has happened in here before, we would end up sitting in 12th and you could see a very different attitude. I don't know if it will happen of not, but the way we trained and how the games were faced was very different. Today we have a team, an incredible block made up by great footballers and people. That's very important and I think that in this kind of situations we are getting through this. As I said, we have been helping the coach from the very first minute in everything we could. He is also doing as much as possible so that things work out. I believe that what we have to do is try to help and support him, because that's very important for us, and for him, and it's only a saying but it's so true: if we are together, we are stronger. 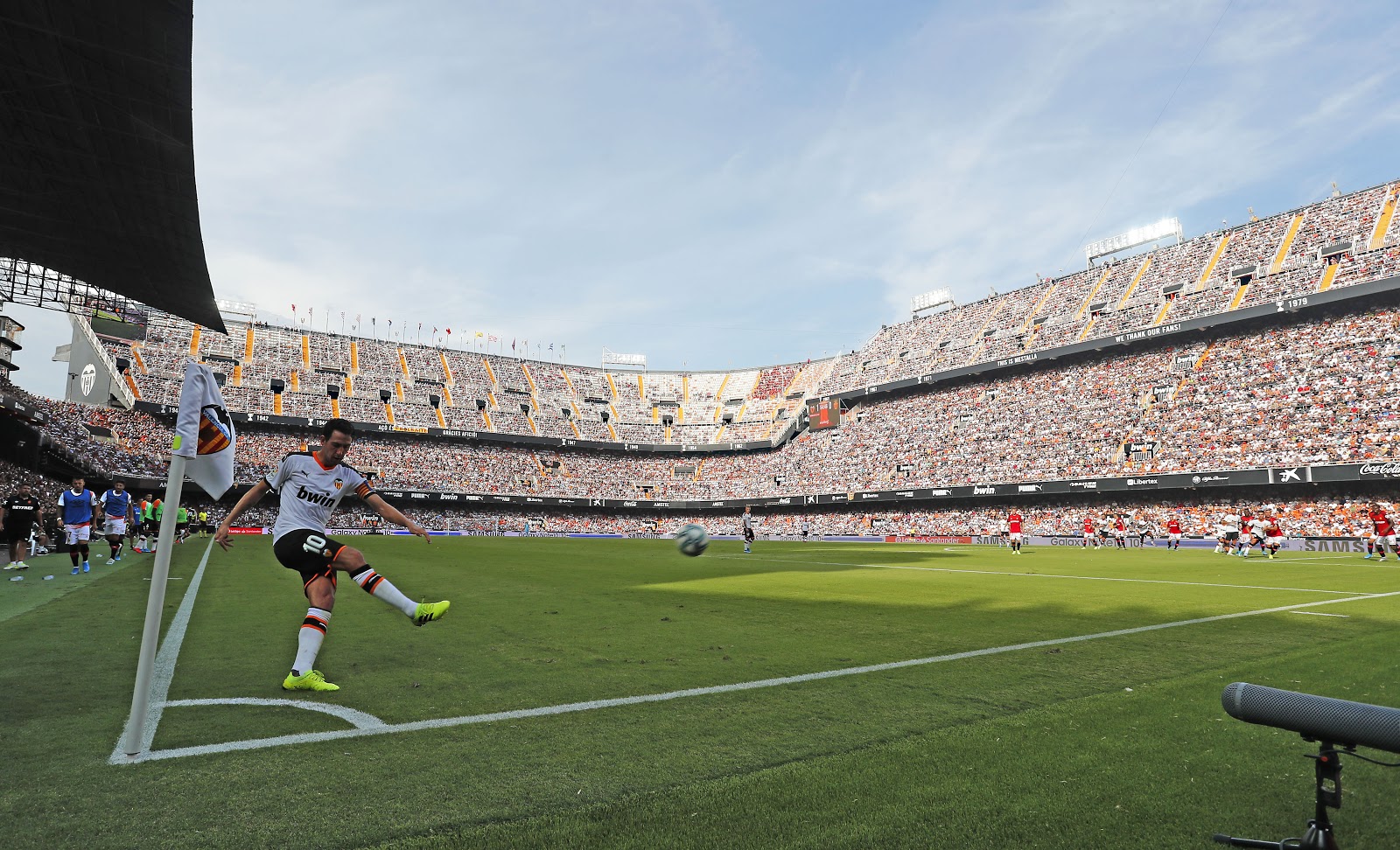 Q: Albert Celades is trying to instill his identity in this Valencia. How is this Valencia side? What does he want this team to play like? We were very used to the 4-4-2 that Marcelino used…

A: Well, it's true that Marcelino had a series of automatisms that were pretty clear and easy to identify, so changing all that drastically would be a mistake, as far as I am concerned. Especially with zero margin to work on those situations, and even more so playing every three days. I believe that the coach is being very intelligent in that sense, and it's true he sometimes includes slight changes that he would like us to use. We have played with a 4-4-2 many times. And in some other we have played with a 4-3-3 and the results have been quite similar. The coach just came and we have spent very little time with him. He will have to get to know each of us much better. I believe that little by little he is marking a way of playing and, as long as the results are coming our way and we are winning and achieving the goals we set, it will be easier.

Q: Dani Parejo seems to be stepping up as a captain, How do you feel this season? This is your 9th season at Valencia, and Dani Parejo is always on the pitch…

A: Well yes, thank God, it is. I am proud to have spent 9 years in this club where I have spent almost my whole professional career here. It's been nine years that have not been easy at all, but for me is a great pride to wear Valencia's shirt and represent Valencia around Spain, Europe and the World. I give value to those things too, playing at such demanding clubs as Valencia in which you fight for important, beautiful goals, year after year. Being nine years at this club is a great honour and a great pride for me. I want to thank everyone that's making possible that I live this dream: my family, friends… And I hope that this dream lasts for a long time.