Cutting loose Auba: Why it was a fight Arsenal boss Arteta had to have

COMMENT: These were the fights he had to have. Ozil. Guendouzi. Aubameyang. These were the showdowns Mikel Arteta needed to confront to get this Arsenal squad to where he wants to take it...

There's a momentum about Arsenal. Sure, the results can be inconsistent. The performances more so. But you can see what management are trying to do. The progress being made and the target of where they want to take this team is clearly evident - which is something you can't say for other clubs in the Premier League.

Pierre-Emerick Aubameyang's departure has upset many, not least Arsenal's exes. For them, Arteta is the culprit in all this. Martin Keown. Paul Merson. Both league winners with Arsenal. And both essentially branding Aubameyang's release to Barcelona as a failure of Arteta's man-management.

But for this column, it was a fight Arteta was always going to have to endure. The manager has a plan for this team. He also has a model in mind for the type of player he wants in this team. And Aubameyang just didn't fit.

But the former Gunners captain wasn't alone. Mesut Ozil has gone. As has Matteo Guendouzi, Shkodran Mustafi and even Hector Bellerin. Guendouzi apart, all inherited from Arsene Wenger. But these weren't the personalities, the professionals, for Arteta. And in a tetchy, pressurised media conference on Wednesday morning, the manager didn't mince his words when it came to questions about squad planning.

Ahead of Thursday night's trip to Wolves, Arteta was bombarded with questions about Aubameyang. From the decision to cut him loose. To the lack of a replacement being signed. To the striker's comments about him being the only problem he had at the club. Arteta took it all on and gave us a clear explanation of why things have been so combustible during recent transfer windows.

"We did what we believed was the right thing to do, first of all with the players that had to leave," said Arteta. "The squad composition and the contract situations were catching up in many of those situations and we had to make decisions and be fair as well with players who have not had a lot of minutes this season.

"That is what we did and then we had a very clear plan of what we could do and then it has to be doable." 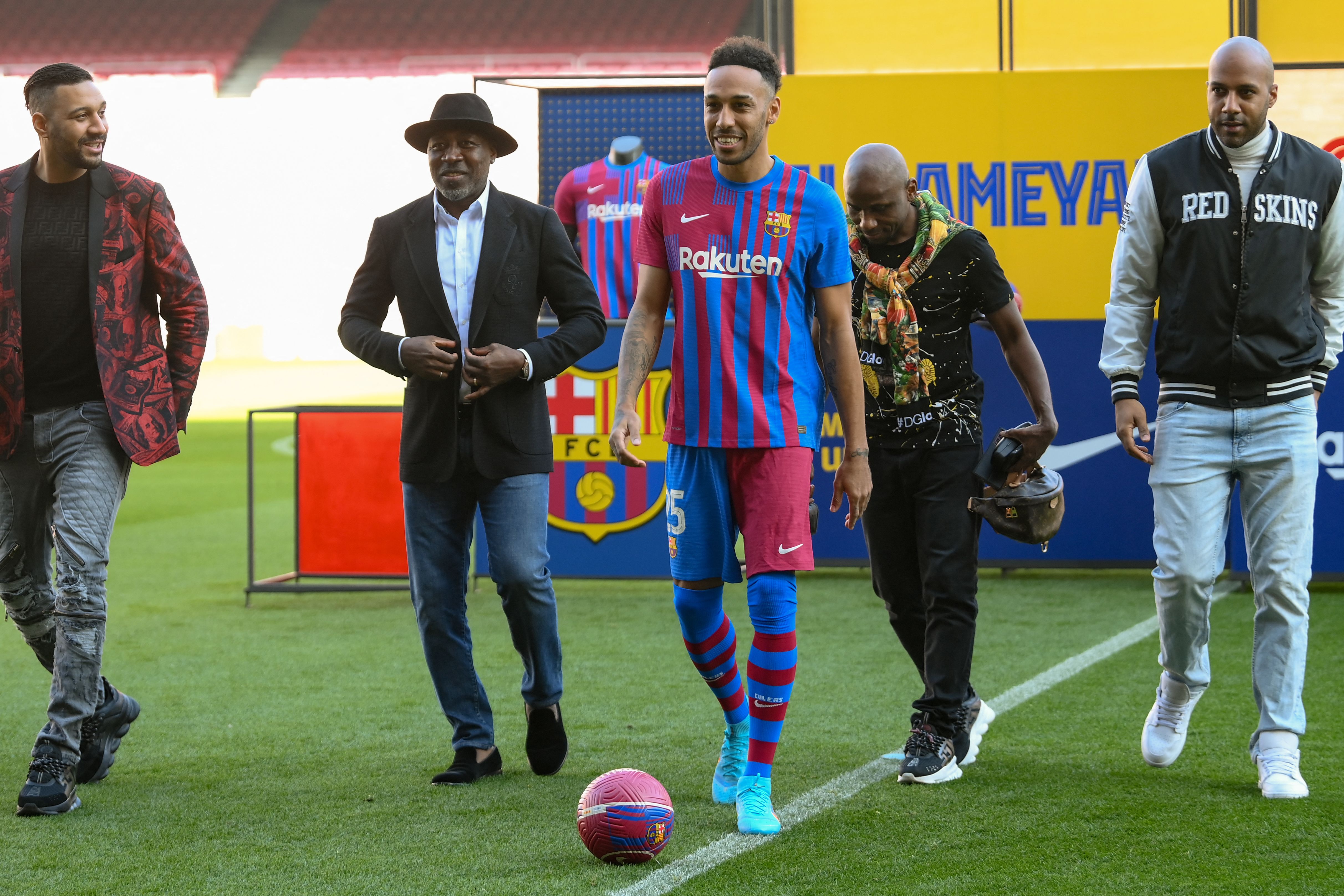 Aubameyang and family at his Nou Camp signing presentation

Then came the kicker, as Arteta used a question about the failure to add to the squad in January to send an unmistakable message to those who have been shipped out these past 18 months.

He continued: "Edu and his team did a fantastic job and they continue to do that, but we are very clear: we only want the best people and the best players at this club and when we are in a rush or different pressures, and the reasons are not the right ones to get a player on board, we decided not to do it."

Pressed further about Aubameyang (the entire presser would always return to questions about the Gabonese), Arteta again didn't play coy. The explanation for his departure was simple: this isn't the Arsenal he first joined. The culture and the leeway Wenger gave his players no longer exists. It just doesn't serve what is needed inside the club today.

"I think it ended up in the best possible way for everybody," insisted Arteta. "I think when things change and the context changes, this is part of football. What we did yesterday or a month ago is not relevant.

"It's what we're doing today and what we're going to be able to do in the future and you have to make the decisions and we all made the decision that the best thing to do was to move on and now he plays for Barcelona."

Reputations don't count. History doesn't count. It's about what you can offer to Arsenal in the here and now - and into the future. Arteta articulating the work we've seen this Gunners squad undergo ever since his arrival from Manchester City.

And that was epitomised by Aubameyang. Who, as an Arsenal player, has been on a steady decline for the past 18 months. What he could offer Arsenal and Arteta today was nothing like what he was producing in that FA Cup winning run of 2020. And no amount of handing wringing from his fans in the media could paper over these ever widening cracks.

Indeed, the Aubameyang of May 2020 perhaps would still be an Arsenal player today - poor timekeeping n' all. But without the numbers and form to fall back on, the antics and behaviour simply became a liability.

Arteta again, "We did what we believed was the right thing to do... with the players that hadto leave."

Big contracts. Big reputations. Of course it was going to get messy. But like with Ozil. Arteta chose to fight. And it was a fight he had to have.

Not everyone is happy about it. But for where Arteta wants to take this Arsenal team, cutting loose Aubameyang was the only decision he could make.