Ten Hag tells Man Utd chiefs ahead of transfer deadline: We must GO FOR IT

Malo Gusto: Why I chose Chelsea

Cruyffs of Barcelona; Kluiverts of Valencia: The greatest father-son combo's of La Liga

Cruyff, Alonso, Busquets… surnames that all football fans will know well. But, did you know that more than one generation of these famous footballing families have played a starring role in LaLiga Santander history? A love of football is often passed down from generation to generation and, in some cases, sons even follow their fathers into football stardom.

With Justin Kluivert and Marcos Alonso the latest to follow in their fathers' footsteps, courtesy of their arrivals in LaLiga Santander, here comes a look at some more of the top father-son duos in the competition's history.

Two of the most successful Basque players of all time are also father and son. Miguel Alonso, better known as 'Periko', won league titles at Real Sociedad and at FC Barcelona in the 1980s, before moving into coaching. He enjoyed his best managerial spell at SD Eibar between 1995 and 1998, before taking charge of his Real Sociedad on an interim basis in 2000/01.

His son, however, eclipsed even his father's illustrious achievements. Xabi Alonso came through the ranks at Real Sociedad, spending a year out on loan at local rivals SD Eibar in the process – a move which was arranged by Periko, who had strong contacts at both clubs. Xabi will go down as one of Spanish football's all-time greats. A World Cup winner with Spain in 2010, the cultured midfielder won the LaLiga Santander title with Real Madrid in 2012 and also picked up medals in England and Germany.

While Busquets Sr and Busquets Jr may have played in very different positions, they both possessed that ability to play the ball with their feet that is so valued at FC Barcelona. Between them they've won 10 LaLiga Santander titles, accounting for over a third of the club's historic league title count.

Goalkeeper Carlos stepped into the FC Barcelona goal following the departure of the iconic Andoni Zubizarreta and was first-choice under Johan Cryuff between 1994 and 1996, winning two LaLiga Santander titles in the process. But as with the Alonsos, his son has gone on to far eclipse the achievements of his father.

Sergio Busquets will go down in Barça history as one of the club's finest players. Given his first-team debut by Pep Guardiola in 2008, the midfielder has gone on to rack up eight LaLiga Santander medals, seven Copa del Reys and three Champions League titles, and has been an integral part of Spain's international success since 2010.

As one of the most important figures in FC Barcelona's history, Johan Cruyff brought glory to the Camp Nou both as a player and as a coach, while helping install the philosophy that stills powers the Catalan club today. He won one LaLiga Santander title as a player, in 1973/74, before lifting the trophy four times as FC Barcelona coach and also leading the Blaugrana to their first ever European Cup in 1992.

The Dutch legend loved his adopted hometown of Barcelona so much that he gave his son a Catalan name. Jordi Cruyff went on to follow in his father's footsteps by also playing for FC Barcelona and was even given his debut by his old man. Cruyff Jr also represented RC Celta, Deportivo Alavés and RCD Espanyol during his time in Spain and actually ended up making more LaLiga Santander appearances over the course of his career than his iconic father. 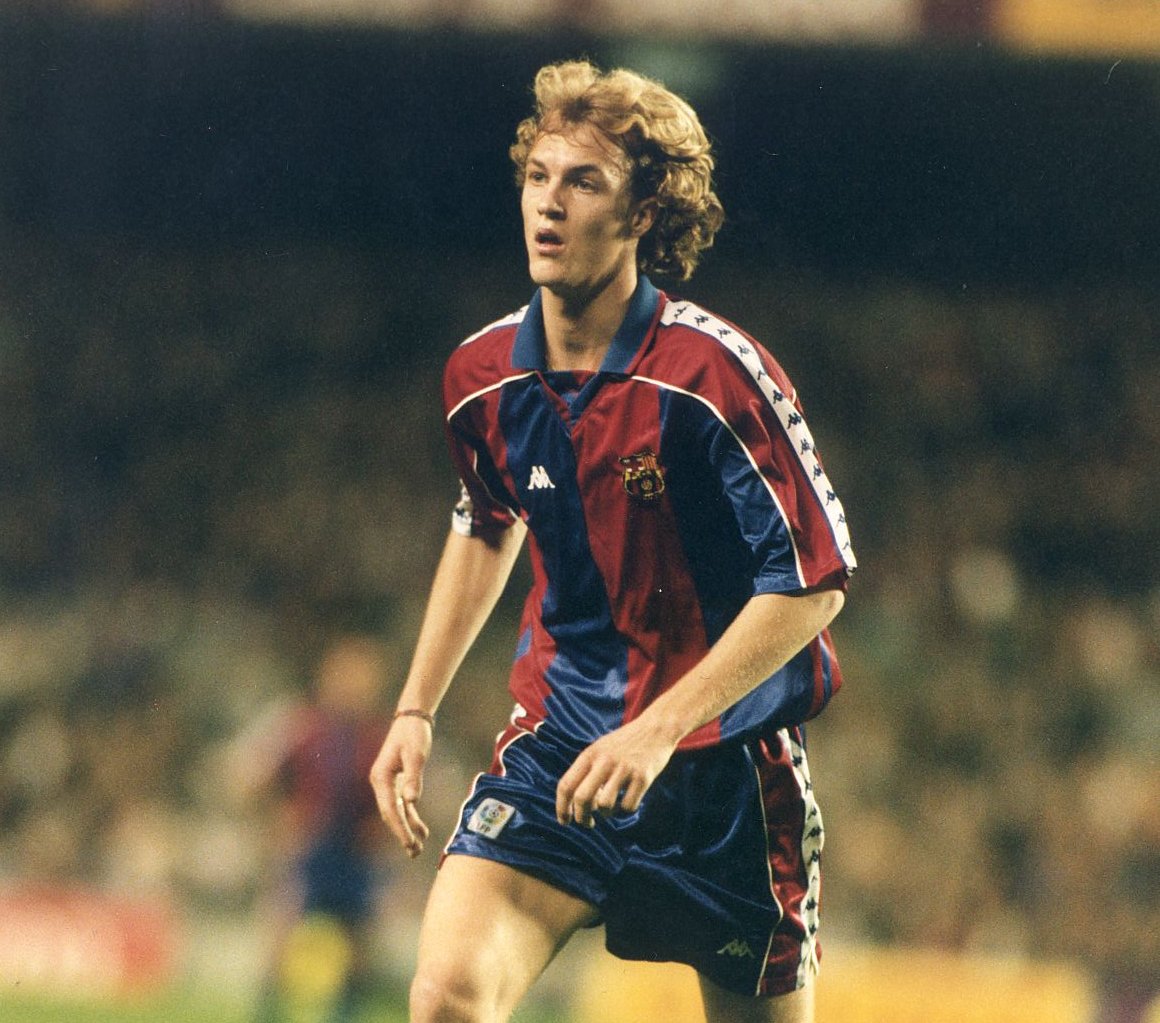 This is another family story involving an FC Barcelona goalkeeper, but this time the son also went on to play between the posts. Miguel Reina moved from his hometown club Córdoba CF to FC Barcelona in 1966, where he stayed for seven seasons before making the move to the capital with Atletico de Madrid. The Andalusian won the 'Zamora,' given to the goalkeeper who concedes the fewest goals in a LaLiga Santander season, on two occasions and earned a handful of caps for Spain.

His son Pepe Reina also represented Spain and was part of La Roja's three-in-a-row success between 2008 and 2012. At club level, the shot-stopper started his career at FC Barcelona, before making over 100 LaLiga Santander appearances for Villarreal CF and later enjoying adventures in England, Germany and Italy. This year, he has made a return to LaLiga Santander and to Villarreal CF.

Brazilian great Mazinho fathered two future LaLiga Santander players. Thiago and Rafinha Alcántara were both born before their father made his move from his native Brazil to Spain, first joining Valencia CF and later moving to RC Celta after two seasons.

Both sons spent much of their childhood in Spain and both ended up at the FC Barcelona academy. Stylish midfielder Thiago, the elder of the two, made 68 top-flight appearances for FC Barcelona before a 2013 transfer to Bayern Munich. Rafinha, meanwhile, has played for FC Barcelona, RC Celta and Real Sociedad, making 85 appearances in total.

When Deportivo La Coruña were one of the best teams in Spain and competing for titles, one of the leaders of the Galician team was Fran. The club won LaLiga Santander in 1999/2000, and the team was nicknamed SuperDepor.

It turns out that Fran's son, Nico González, is also super. The 20-year-old became a starter at FC Barcelona in 2021/22, before joining Valencia CF this summer and impressing immediately.

There is an example of three generations of the same family who have all reached LaLiga Santander. The youngest is Marcos Alonso, who just signed for FC Barcelona this summer. The full-back's father, also called Marcos Alonso, played for FC Barcelona and Atlético de Madrid, while his own father, Marquitos, was a regular at Real Madrid in his career. All three have also played for the Spanish national team.

Patrick Kluivert became a goal machine in LaLiga Santander, with the Dutch striker scoring at least 15 goals in the competition in each of his first five seasons at Barça after arriving from AC Milan in 1998. He later played for Valencia CF and was also important there. In total, he managed 91 goals in 192 appearances in the Spanish top flight. Now, his son has signed for Valencia CF. There, 23-year-old Justin Kluivert will work with Gennaro Gattuso and try to put the Kluivert name back on the Mestalla scoreboard.