COMMENT: There's been no demand. Nothing has been submitted. But there is a request. And it has nothing to do with the club, the fans, nor even his teammates. There is one factor driving Cristiano Ronaldo's frustrations at today's Manchester United...

For United fans. For Cristiano fans. The sad thing is there's truth about this morning's story in the English press about Ronaldo - via agent Jorge Mendes - 'asking' United to listen to offers for him. Mendes made the request last week. And as Ronaldo trained Saturday at the Portuguese Federation's Cidade de Futebol ahead of joining Erik ten Hag's preseason, he was told by Mendes that the story would be breaking today.

The backlash has been instant. And in some quarters vicious. But Ronaldo is prepared to stay with United and play out the final year of his contract. Everything he has stated publicly since the end of last season, the Portuguese also believes privately. He supports the appointment of Ten Hag. He believes he is the right manager for Manchester United. He believes in the club's young players. He loves playing for the United support and is proud of his place in the club's history.

But Ronaldo has felt let down. He's not only frustrated, but almost panicking. As we say, everything he has stated publicly, he believes privately - and that includes the admission that "major changes are needed" for the team to be a challenger this new season.

Panicking? Well Ronaldo, one source tells us, has become increasingly anxious as United have been left at the gate in this summer's transfer market. Liverpool have taken Darwin Nunez from Benfica. Arsenal have Fabio Vieira from Porto and Gabriel Jesus about to be rubberstamped from Manchester City. City, of course, have landed Erling Haaland from Borussia Dortmund. And even Chelsea, for all the chaos in their front office, are on the brink of landing Raheem Sterling. The City midfielder now in the process of selling his £4.5m house as he prepares to return home to London.

No-one inside United can claim this has been a quiet market. Yet, the club is stuck. They're not even in first gear. A deal has been agreed with Feyenoord for young left-back Tyrell Malacia, but this isn't what Ronaldo was assured of when Mendes asked his contacts at the club about their summer plans. 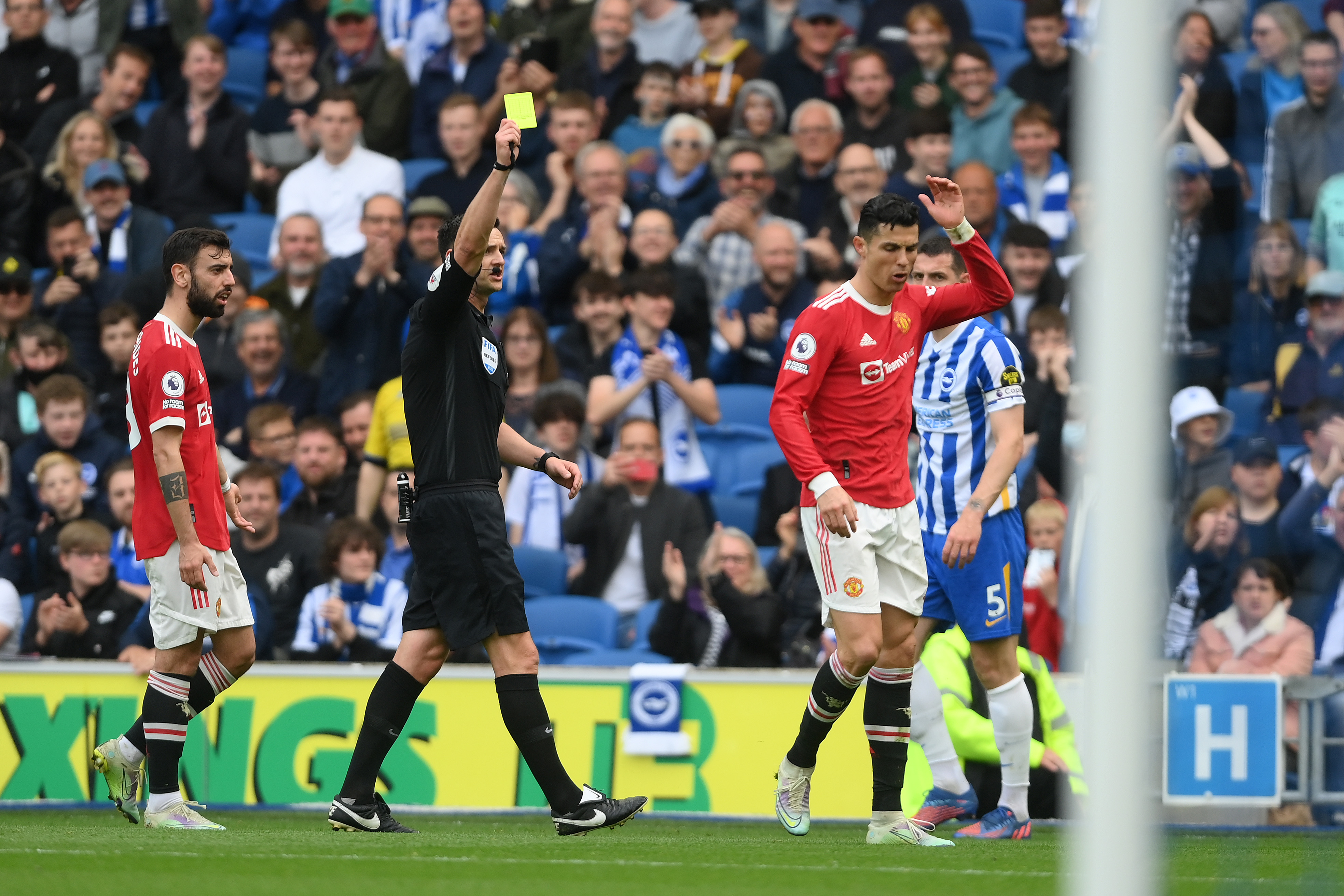 Indeed, our source has told us that Ronaldo believes the squad "needs six maybe seven new players" to be competitive this coming season. At the moment, United have added none. And as he's watched on from his summer training break - "Cristiano never switches off" - that anxiety has increased as rival clubs have acted swiftly and decisively.

Again, as another long time source close to Mendes stressed, Ronaldo isn't about to go to war with United. There'll be no official transfer demand. No strike or downing of tools. The 'request', as it has been described, was just that. Mendes asking United to listen to any offer he's able to drum up for his star client. Ronaldo isn't doing this to skip off to the Middle East or the USA. Indeed, contrary to some claims, missing Champions League qualification isn't the motivating factor.

Ronaldo wants to be a challenger. He wants to be competing for trophies. And given the state of the club and it's recruitment process, he just can't see that happening for United this coming season.

Inside the board room, United have made it clear to Mendes - Cristiano will not be sold. And again, while there's some speculation Ten Hag would be willing to see him leave, the reality is the opposite. Ten Hag is counting on Ronaldo this new season. There's been no plan, no shortlist, drawn up to replace the 37 year-old striker. And given the state of their market campaign thus far, there's little to suggest United would be capable of finding an adequate replacement should they relent to Ronaldo's request.

But the board cannot be shocked by Mendes' approach last week. Almost a year ago, this column wrote about the need for United to switch up their ambitions as Ronaldo and former Real Madrid teammate Raphael Varane arrived. The pair had signed in the belief they were joining a team on the rise. That more players of their calibre would be signed to satisfy their ambitions. But, of course, this hasn't happened. January, with Ole Gunnar Solskjaer dumped, was written off. And now a summer window over a month old is yet to deliver anything substantive.

So Ronaldo has made his move. He doesn't want to leave United. His family is settled in the Northwest. Son Cristiano Jr is happy at United's academy. He loves the club. He loves the fans. But at this moment, Ronaldo does not see a winning future for this current team.

Of course, it could all turnaround in a week, if not days. Frenkie de Jong could agree to make his move from Barcelona. Gavi could follow him. Inter Milan could be convinced to part with Lautaro Martinez and Kalidou Koulibaly could yet arrive from Napoli. A lot of 'coulds' there. But this is the level of player Ronaldo believes he should be sharing a United dressing room with. And as much as these names sound the stuff of fantasy calcio, they're all available for the right price - and to the right club.

Ronaldo doesn't want to leave United. But he feels he has to. This has nothing to do with the club, the fans nor his teammates. It's ambition. Both his own and that of this board. That's the one factor driving this transfer 'request'.