There were a host of fine teams with equally fine players present at the Copa America.

The likes of Neymar, Lionel Messi, Diego Godin and Juan Cuadrado all lived up to their respective reputations as key figures for their nations.

Meanwhile, dwelling in the not-so star-studded teams are some players that helped their teams exceed expectations at various stages of the tournament.

Here's a look at seven of those players, most of whom were relatively unknown before the tournament - and all of whom have now garnered a new wave of individual attention.

Ecuador crashed out of the Copa America after a 5-game winless run, but boy did they put up a fight in every game they played.

It's fair to say that the 3 draws the Ecuadorian team were able to muster was due in large part to the efforts of Ayrton Perciado, who scored 40% of their goals scored in the tournament.

The 26 year old right-footer's impact in this tournament was evident in both his presence and his absence.

He made only a 20-minute cameo in Ecuador's group opener against Colombia and the Ecuadorians failed to score a single goal.

However, when Preciado started the next games, he alone produced 2 goals and 5 key passes in 177 minutes of football.

Although an in-form Brazil team kept Preciado under wraps in their final group game, the Santos Laguna man ended the competition in 3rd place on top goalscorers list.

Although this would be a tournament run to forget for Carlos Lampe and the Bolivians, the 34 year old veteran goalkeeper can hold his head high knowing his individual performance was stellar.

Bolivia were put in group B, the hardest group of the tournament alongside teams like Argentina, Chile, Uruguay and 15-time Copa América winners Uruguay.

Bolivia did not qualify from their group as they lost every game they played but Lampe went above and beyond between the sticks.

The Always Ready goalkeeper played in 3 games and made a total of 25 saves. Those stats show that if only the current crop of Bolivian defenders were any better, the national team might just have made it out of the group stage or at least kept a single clean sheet. 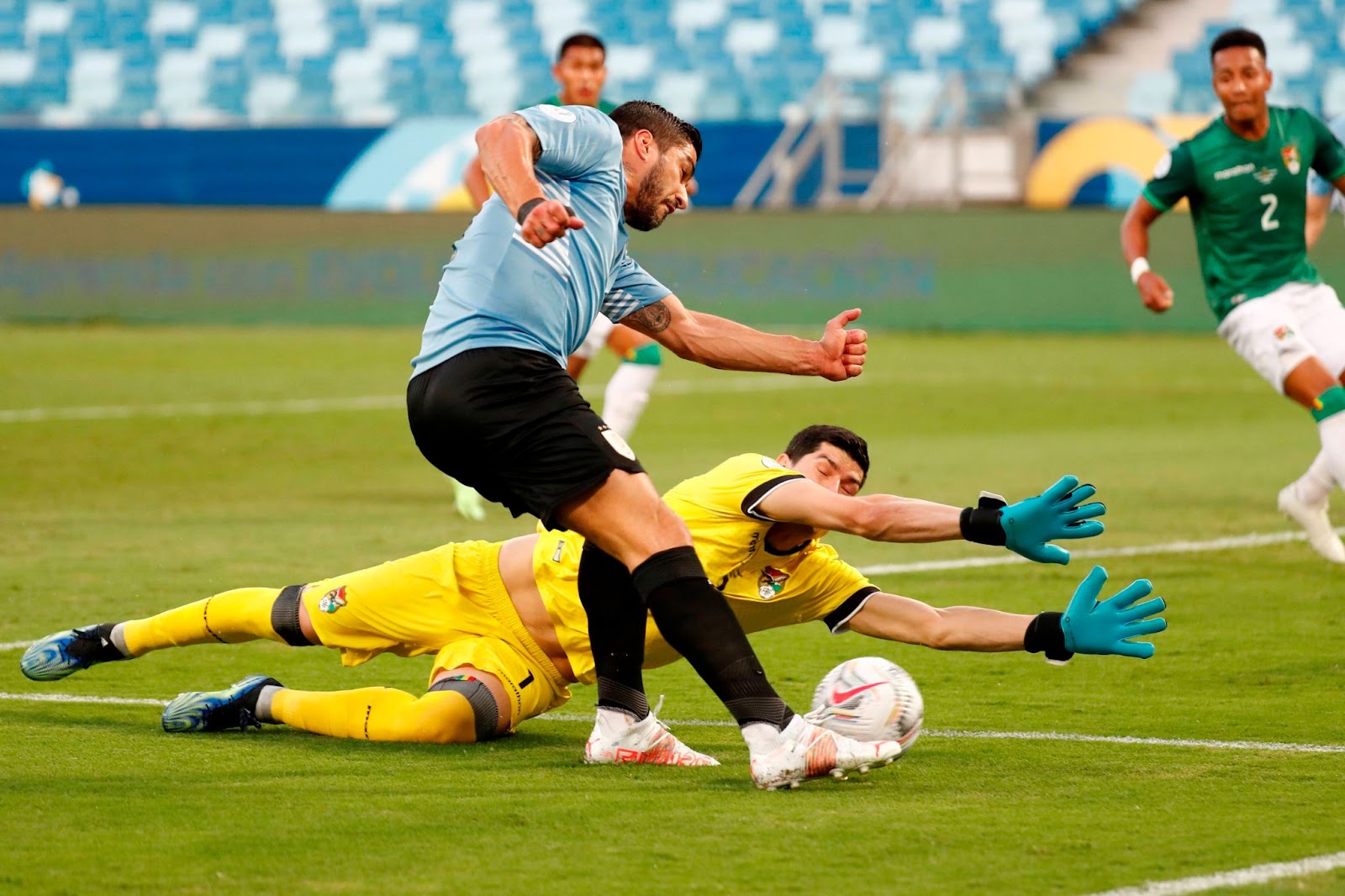 Alberto Espinola helped his team to 2 wins in 4 group games by being solid defensively and being a force to be reckoned with going forward.

Espinola led the tournament in tackles per game and interceptions per game before his team's penalty shootout loss to Peru in the first knockout stage of the competition.

Espinola plays for Certo Porreno in Paraguay where he helps his team fend off competition in the Division Profesional - Apertura.

The defensive midfielder went up against Argentine stars Giovanni Lo Celso, Leandro Paredes and Rodrigo De Paul in a midfield duel and left the game as the second best Chilean on the pitch behind lone goalscorer Eduardo Vargas in a closely contested 1-1 opener.

That match underlined his 2-year experience in the Serie A with Fiorentina and the rest of the tournament.

Pulgar continued to show his quality in the tournament by holding Chile's midfield together in their 1-0 win against Bolivia and their draw against Uruguay.

Chile unfortunately went on to get eliminated by Brazil in the tournament's knockout stage, however, but despite their exit, Erick Pulgar had a great individual tournament.

Luis Diaz proved to be the strongest threat to Lionel Messi's lone golden boot throughout the course of the competition.

The Colombia international is likely to attract the attention of clubs from Europe's top five leagues following his stellar showings at the Copa America thanks to his stellar goalscoring run which saw him bag four goals in four starts during the tournament.

The mazy Porto winger consistently terrorized defenders with his mesmerising dribbling and ball control - he was one of the biggest surprise acts of the entire tournament. 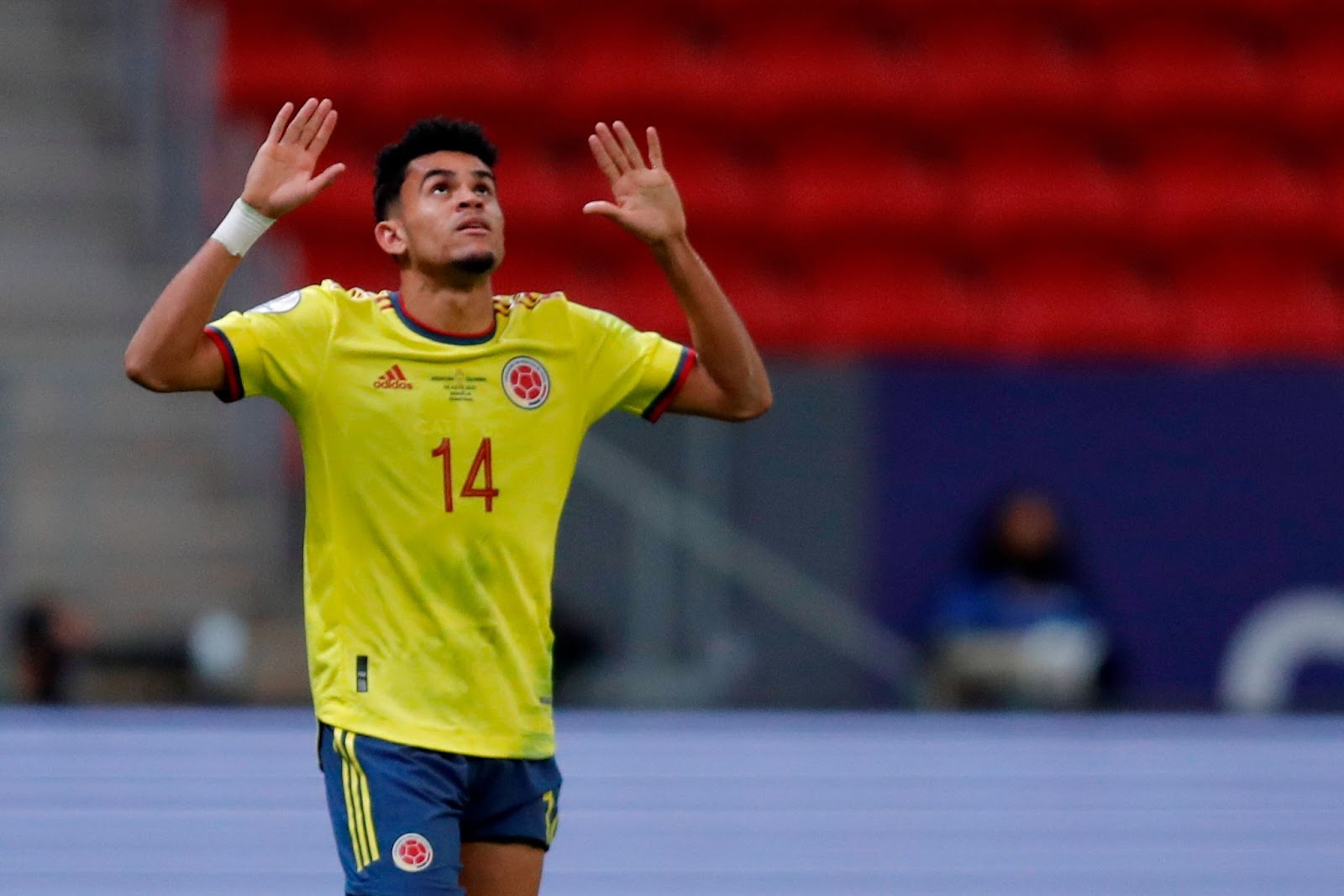 Diaz was a revelation for Colombia

The Peruvian national team suffered a 4-0 thrashing at the hand of hosts Brazil in their very first game of the Copa America but the Peruvians were reborn out of the ashes of that game following their Yoshimar Yotun inspired 2-1 victory against Colombia.

Cruz Azul midfielder Yotun made significant contributions throughout the course of the game against Colombia - from his well-timed tackles and his brilliant interceptions, to his shot that rattled against the woodwork.

And he continued his brilliant displays in the tournament against Paraguay and Venezuela scoring once, assisting once and making a total of 6 key passes across both wins.

The Peruvians did suffer a 1-0 defeat at the hands of Brazil to set up a 3rd place match against Colombia where Yotun and Gianluca Lapadula's goals weren't enough to topple Colombia who secured a 3-2 victory over Peru.