Liverpool boss Klopp feels for Solskjaer and Man Utd: It's a crime

COMMENT: They can watch them. They can even sign them. But unless the manager plays them, Arsenal's scouting and transfer team are always going to get it in the neck...

Tony Adams has been throwing barbs all season. Emmanuel Petit had his pop this week. This front office of Arsenal and their transfer policy. They don't know what they're doing, apparently. There's no sense of genuine team building, it's been claimed.

But there are some inside the game who are grateful for the work of Arsenal's talent spotters. Problem is, they have no ties to the Gunners. Instead, the expertise of Arsenal's scouting team is benefitting Adrian Ursea at Nice this season - and Pellegrino Matarazzo at Stuttgart.

They have two, do Arsenal. Indeed, more than that, they have a partnership. At least the potential of one. William Saliba at Nice. Dino Mavropanos with Stuttgart. One a stylish, ball-playing centre-half. The other a no-nonsense stopper, dubbed a "warrior" by his coach. Both contracted to Arsenal. And both whom have made their respective teams better for their arrival.

In Germany, Mavropanos has been a slow burn. Not due to form or a failure to adjust, but simply injury. But now with a consistent run of games under his belt, the newly-capped Greece international is showing why there was so much anticipation around his signing after being plucked from little PAS Giannina.

"He's our gladiator!" enthuses Matarazzo, Stuttgart's head coach. "He's a monster in terms of physique. And when he makes a mistake, he mutters some Greek swear words.

Matarazzo is right to be so enthusiastic. The return to full fitness of Mavropanos has coincided with VfB's rise up the table. From being regarded as genuine relegation candidates over the winter break, Stuttgart are now looking up and have their eyes on European qualification. And a big influence on the turnaround has been the presence of their on-loan Gunners stopper. The 23 year-old even breaking into the Bundesliga's official Team of the Week last month.

Of course for Stuttgart, the welcome impact of Mavropanos does represent a Catch-22 situation. As their sporting director, Sven Mislintat concedes: "The better Dino plays, the less likely it is to be able to loan him again.

"If possible, we'd like to take him on-loan for another season. But I don't see it as very likely at the moment." 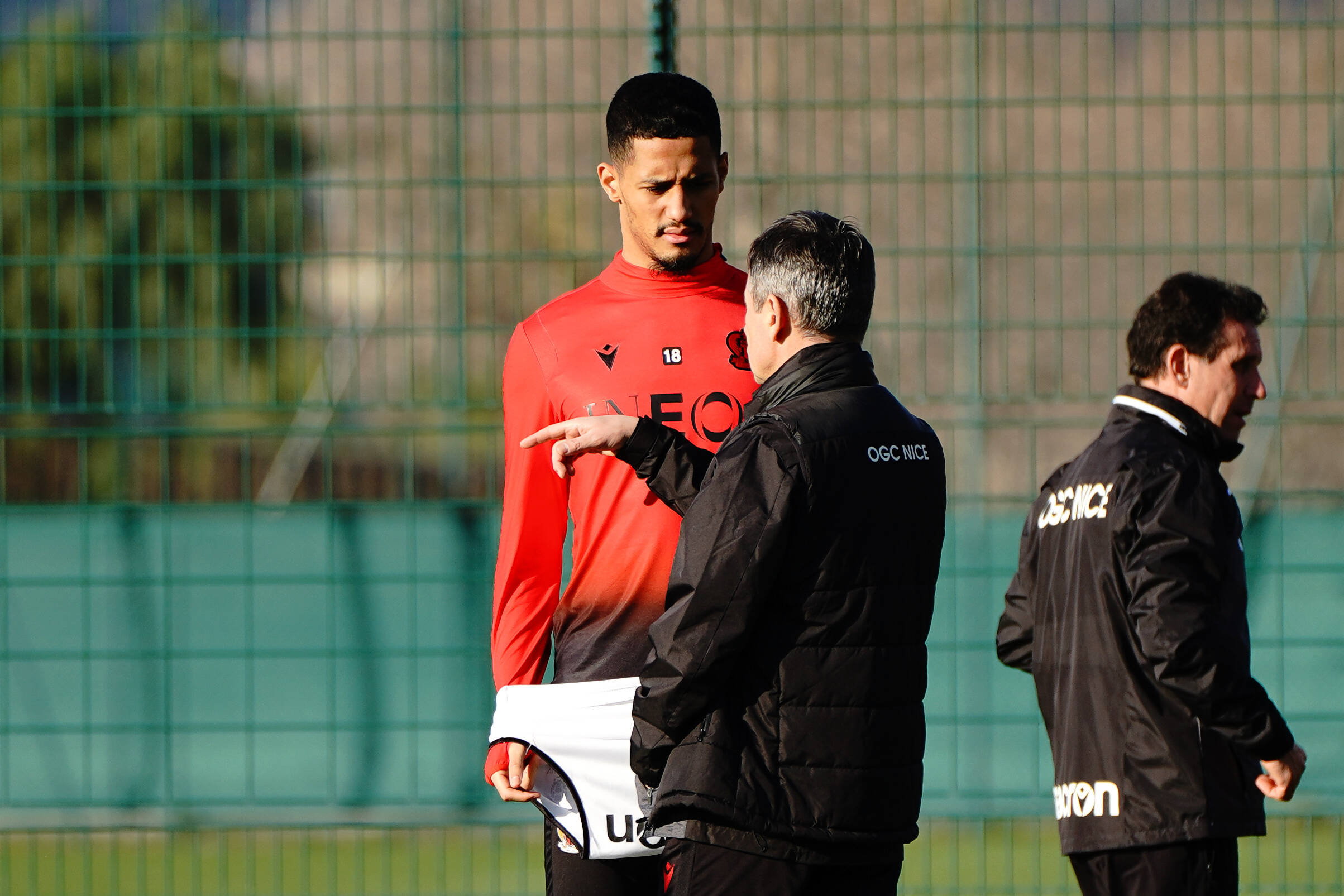 Saliba and Ursea at Nice training

At the very same time Mavropanos is making headlines in Germany, Saliba has been doing the same in France.

Again, the 20 year-old's presence at Nice has transformed the club's fortunes. From facing the drop - and having sacked Patrick Vieira - the January arrival of Saliba has seen OGCN now move into the top ten. And for coach Andrea Ursea, the presence of Saliba cannot be underplayed.

Indeed, Ursea goes as far as stating the team's entire way of playing has radically changed since the additions of Saliba and fellow loan signing Jean-Clair Todibo from Barcelona.

“Despite their young age, they bring a lot of personality and control, and it affects the stability of the team," declared Ursea.

“A defender must first know how to defend, and both do. But we want to start our attacks from the defence, and Todibo and Saliba give us peace of mind in this. We try to take advantage of it because what we can do in the last 30 metres depends on how we use the ball from our defence."

Inside the Nice dressing room, the feeling's the same. Striker Amine Gouiri admits the passing and control of their two young centre-halves has made all the difference since the New Year.

“Saliba and Todibo are very good technically, they are quick and they are strong in duels," says Gouiri. “They allow us to play football the way we want, to keep the ball and to stay high up the field."

So they have two, do Arsenal. Indeed, they could have the makings of a long-term partnership. Think Rio Ferdinand and Nemanja Vidic. Or better yet, Adams and Steve Bould. One the ball-player, the other simply ball-n'-all. But certainly, on the evidence of these past few months - and from the soundings of their managers - Mavropanos and Saliba are the real thing. Question is, does Mikel Arteta feel the same way?

The treatment of Saliba by Arsenal's manager remains cloaked in mystery. To go from not even getting on the bench for a Carabao Cup tie, to becoming such a vital cog in Ursea's system must raise questions about Arteta's approach.

Mavropanos' case isn't dissimilar. Arteta was only weeks into the job last season when the Greek was shipped off to FC Nürnberg - and he hasn't been seen again. But like Saliba, no-one at Arsenal, not Arteta nor any of his staff, can claim he hasn't held up his end of the deal. Both centre-halves have performed superbly since their departures. It can be argued they've even exceeded expectations. Yet, there remain doubts about whether either man will get his chance under Arteta next season.

And the irony is, if Adams had his way, neither would get his chance. For the Gunners great, Arteta already has his long-term centre-half partnership in front of him. The former England captain insisting Gabriel and Rob Holding are the pair for Arsenal's present and long-term future.

"It's got the potential to be one of the best partnerships in the league," Adams insists.

If that's the case, then Adams can't have it both ways. The success of Mavropanos and Saliba on the continent is proof enough Arsenal's scouting team do know what they're doing. They can watch them. Even sign them. But it ultimately gets down to the man in Arsenal's dugout as to whether they actually play.