The sun was shining over the Peninsula Stadium on August 8 when Salford City made a historic step on a path laid down many years ago.

It was the day the club played their first ever match in the Football League, resulting in a memorable 2-0 victory over Stevenage.

Only one more win has followed in nine League Two games, but Salford City sporting director Chris Casper remains optimistic about the season ahead.

He told tribalfootball.com: "We had a good start against Stevenage.

"And we've had some opportunities in games, where going late into games we've conceded goals, so we could've had more points on the board.

"We're finding our feet and it's a reasonable start."

Many will know the Salford City name due to their connection with Manchester United's famed Class of 92'.

In March 2014, Paul Scholes, Ryan Giggs, Nicky Butt and Gary and Phil Neville announced they had each bought a 10 per cent stake in the club, which is based in the working-class area of Salford, three miles from Manchester city centre.

Having been a member of the Class of 92' himself, Casper says his former teammates take a vested interest in the Ammies despite their various commitments.

"They take a real active interest in the club as well. They're very supportive and have a lot of experience, which you've got to utilise."

Four promotions in five years have kept Salford on an upward trajectory, with Gary Neville stating after their latest promotion that the Championship could be reached within 15 years. However, not everyone is a fan of their dramatic ascent.

Dubbed the 'Manchester City' of the lower leagues due to their comparative wage bill, the club also had plans to convert a public park into a training facility vetoed after massive backlash from local residents.

But simply buying their way up the leagues is not the grand plan, according to Casper.

The 44-year-old insists the club will provide the same first-team opportunities to their young players as he and the Class of 92' received at United, exemplified by the debut of academy graduate and Salford-native Alex Doyle against Cheltenham last Saturday.

"We've had two promotions in two years and we want to be competitive in this league, that's the thing. The goal is for the club to progress really, that's the most important thing and to do it in the right way.

"I wouldn't want to say that we want to win promotion, everybody wants to challenge and do well in the league, that's obvious, but for me personally on the behalf of the club, it is to continue to build and develop all aspects of the Football Club.

"The Ladies team did very well last season, winning promotion and 2 other cup competitions, whilst the academy also had a fantastic year, which culminated in the first academy graduate to make his debut in the Football League last Saturday in Alex Doyle, who is a local Salford lad.

"He epitomises everything we are about and that for me is a massive success for the club as well, so we are on our way to hitting our targets." 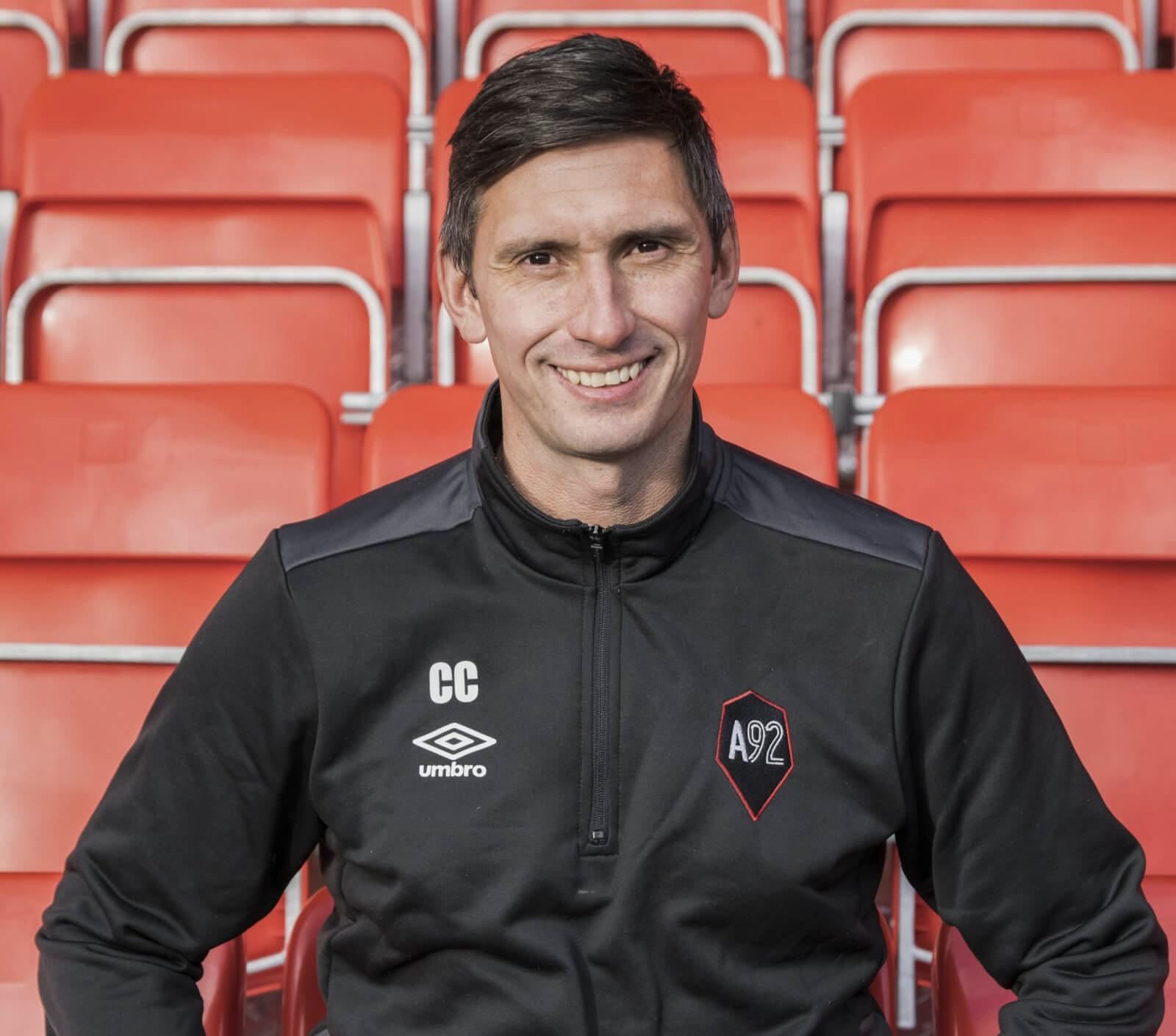 Now in the fourth-tier of the English football pyramid, Salford are a desirable destination for Premier League clubs looking to loan out their young players, evident in the arrival of Leicester City defender Sam Hughes on transfer deadline day.

With connections to various clubs through Casper and the Class of 92', as well as manager Graham Alexander's history with Burnley, there is certainly potential for Salford to establish a long-term connection with Premier League clubs.

To do that though, Casper insists Salford must build respect and trust by showing their commitment to playing loanees.

"I think it's important you've got as many options as possible instead of cutting it down to one club.

"We've got quite a few Premier League clubs within an hour of the local area and we've got to build a reputation of giving young players an opportunity, looking after them properly etc. It doesn't happen overnight.

"We've just taken a player from Leicester called Sam Hughes, he is 22-years-old and has come over for the season.

"We approached Leicester, I know their sporting director John Rudkin. We had scouted the lad and identified him as a player who fitted our profile, so I talked to John and we recruited Sam last week.

"Leicester are a real good Premier League club, obviously Manchester United and Manchester City aren't far away, Liverpool and Everton, like I say it's about building those relationships so the players coming in are getting the opportunity to play."

Staying close to home is not the only plan however, as Casper makes clear Salford are scouting not only in the United Kingdom, but the whole continent and beyond.

This past summer Oscar Threkeld from Belgian club Waasland-Beveren and Australian defender Cameron Burgess from Scunthorpe United joined Alexander's senior set-up, while 19-year-old defender Yianni Nicolaou, also from Australia, was signed to the youth team after a successful trial period.

And Casper revealed former Melbourne City boss Warren Joyce, who joined as the club's development coach this summer, played a role in Nicolaou.

"Warren played a big part Yianni over and we've got to continue thinking outside the box with recruitment.

"Obviously having the contacts that Warren's got and has built up over the last few years we've got to utilise that, and obviously from our side with my experience and the owners and the contacts they've got.

"We're all in recruitment together. It's not just one person's specific job. We've all got to do it and utilise our contacts.

"It's just a matter of everybody being aware and being on the front foot in regards and thinking 'Where can we get that next gem?' 'Where's the untapped market?' Looking in places that a lot of places that other clubs aren't and getting that market advantage."

It came as a nice surprise to Casper when he received the offer to become Salford's sporting director in 2017 after working for six years with the Premier League, where he helped develop new programs for youth academies across the country.

Casper moved into the role after working in a variety of positions at professional clubs, including manager of Bury and Team Bath, youth-team coach at Bradford City and assistant manager at Grimsby Town.

And he says this experience was vital to his appointment as an all-encompassing director at Moor Lane.

"It kind of came out of the blue really. Gary approached me one Sunday to see if I'd be interested. I'd been working at the Premier League for over six years in the youth department.

"We'd brought the Elite Player Performance Plan which kind of changed the way the academies operate in England now.

"A big part of why I was recruited was to develop the academy because there was nothing here at the beginning, and the idea is to develop our young players and give them the opportunity that we had when we were at United.

"Part of that was to utilise my knowledge and experience in working with the academies, places such as Liverpool and Man United, Sunderland, Newcastle, and obviously from an experience background having been a manager, a coach, a scout and a player, it was kind of ticking a lot of boxes."

After injury ended his promising career at the age of 24, Casper's longest stint in management came at Bury, where he spent three years in the dugout and oversaw the young careers of Brighton midfielder Dale Stephens and QPR winger Marc Pugh.

Asked if he missed the rigours of management, Casper replied: "A little bit. Especially working with individual players and seeing them develop. It's a really enjoyable part of the job.

"When I was at Bury we didn't have a great deal of resources but the players who I kind of worked with in the youth team; Andy Parish, Nicky Adams, David Buchanan, Marc Pugh, Dale Stephens, they've all gone on to have four, five, six hundred games each which, for me, is a real enjoyable part of the game.

If they follow the Class of 92' formula to a tee, you can bet your bottom dollar Salford City will continue their rise up the Football Leagues sooner rather than later.