COMMENT: It wasn't a bigger budget. Nor big name players. Manchester City won a fifth Premier League title in ten years this week simply because they do things better...

A proper football club, run by proper football men. There's no higher compliment you can offer this season's champions. And it rings true. This City team is a champion team. There's no great standout. No-one great matchwinner. The staff and squad may complain about City's players missing out on the individual end of year awards, but they should take it as a compliment. This is a proper, proper football team, where no one player is above the other.

And it's culture that has been driven throughout the club this past decade - particularly these past few years of the Pep Guardiola era.

Yes, City have spent - and spent big. But they've never competed in auctions. The success of this season's team has been built on the ability of the club's scouting team - and their contacts - to simply do things better.

No-one could foresee the impact of Ruben Dias when City first announced his arrival from Benfica last summer. The year previous, it was Rodri, of Atletico Madrid, who would join to little fanfare. And before him, a young fullback, but a journeyman, in the form of Joao Cancelo was also recruited. Good players at the time. Good reputations. But not world-beaters.

But look at them now. Their performance. Their consistency. And their contribution to the culture that now runs through the Etihad campus. The scouting; the homework City did on all three players proving better than their peers. City landing the trio virtually unopposed. Yet no-one doubts their qualities now.

City could've gone the auction route. They certainly had the resources. But it didn't chime with the culture Guardiola and his higher ups Ferran Soriano and Txiki Begiristain wanted to develop. 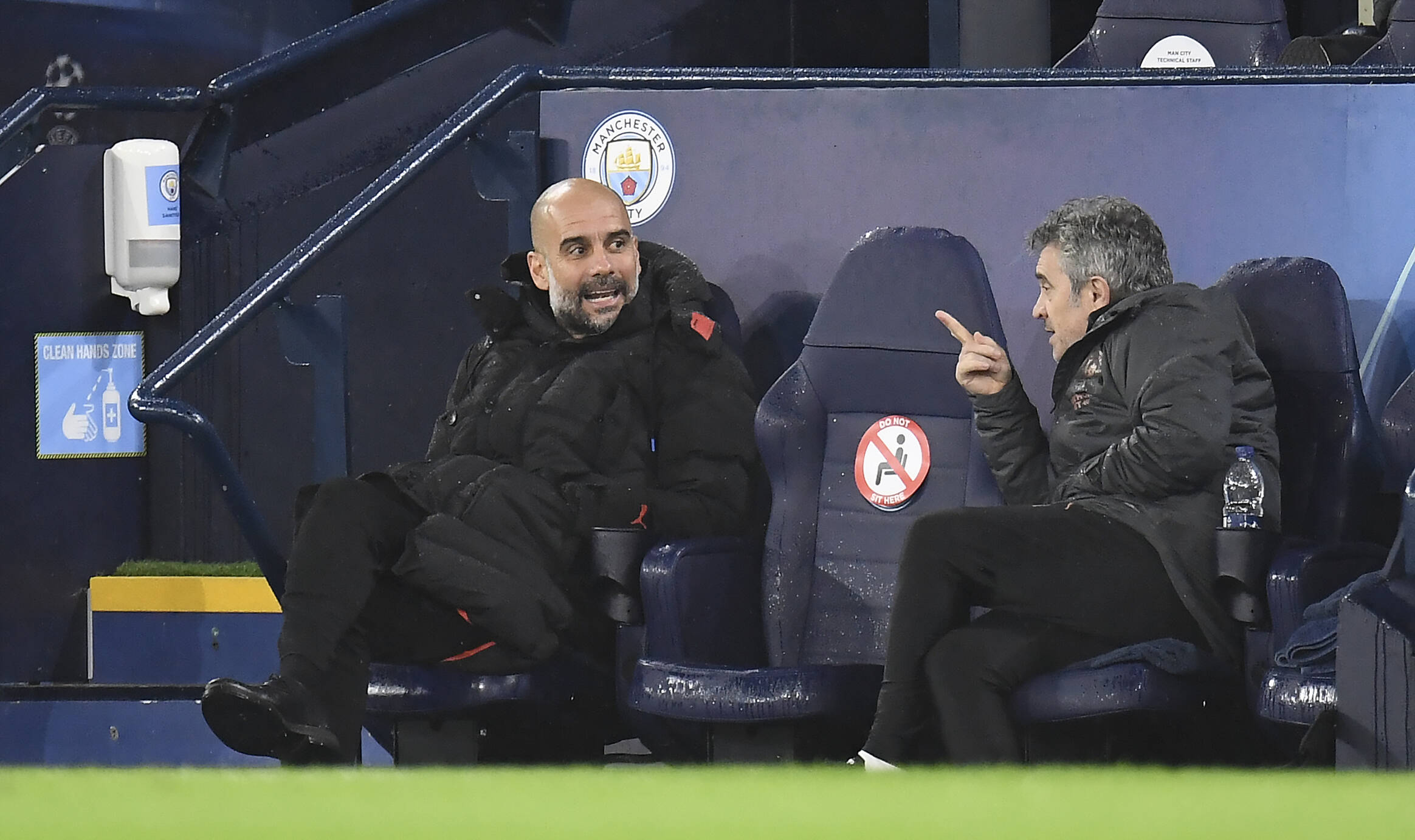 Instead, Guardiola and co simply found another way. As the manager has stated when asked about Maguire: "He's an excellent, top-class player. We were interested but could not afford it.

"United could afford it. Congratulations to United."

"Congratulations", but we've moved on. Two transfer blows in the space of 18 months, but City didn't waver. The transfer policy wasn't suddenly ripped up for a Galacticos approach. They simply made it better. More focused. And have been rewarded with a squad of players who reflect the life approach of their manager.

Which is also reflected by the man who sits beside him in City's dugout. Again, just like these past few player deals, Juanma Lillo arrived at City to little - if any - press. Tempted away from China after a personal call from Guardiola, Lillo's fingerprints are all over this campaign's success. But in terms of a profile, in England at least, it's non-existent.

It's about football. Systems. Patterns. Lillo's approach again just like the manager's. Indeed, while his assistant is reluctant to discuss his influence on a potential Treble winning season, Guardiola has made sure City's fans know of the impact the Spaniard has made on their club.

"His knowledge of the game is overwhelming. He sees things that few people in the world, me included, are able to," declared City's manager, acknowledging his No2's calm input was crucial at the start of the season as his team appeared in crisis.

"This is a different year. You have to be more patient and Juanma helps me a lot to be patient. He has told me many times 'it will change, everyone is going to lose games'."

Good people. Good, experienced football people. All with the confidence of knowing what works in this industry and what brings success - sustained success.

It's why Phil Foden is where he is today. A slow burn if ever there was one, the very same pundits whom were slating Guardiola for holding the midfielder back. Urging the lad to quit City for the sake of his career. Well, there's no apology, but there is an acknowledgement that Guardiola's methods - and those of Txiki and Soriano - have done wonders for Foden's progress these last 6-8 months. The England international's emergence this season a triumph for City's calm, measured development plan.

And it's that calm that will never see management being held over a barrel by agents - or parents - of their trainees. City have shed talent in recent years. Great talent. Potential losses of over a £100m. But again, they haven't wavered in their approach.

Jadon Sancho has long gone. As have Javairo Dilrosun, Jayden Braaf and Jamie Bynoe-Gittens. But there hasn't been any rethink of how to handle such potential looking elsewhere. Instead, the road is laid and remains so. Where Sancho didn't fancy it, Foden did. Braaf and Bynoe-Gittens? Just think Cole Palmer and Liam Delap.

As mentioned, it's long been laid. From the academy, to the coaching staff, right through to the first team, City have a trust in their approach. A belief that has been generated from decades of experience and know-how.

This season's title winners isn't a story about big names, nor bigger budgets. It's just about a club, a proper football club, that simply does things better.