REVEALED: Guendouzi clashed with Arteta and Arsenal staff in Dubai

Bayern have been reborn since Hans-Dieter Flick took the manager's position. In recent months they have been almost unbeatable, surging back to the top of the Bundesliga and increasing their chances of retaining the title. In Europe their progress will be put to the test by Frank Lampard's Chelsea, a tactical chameleon of a team that have been inconsistent this term.

This is Tribal Football's tactics preview of the tie.

Perhaps the best chance Chelsea have against Bayern is exploiting the space between their defensive line and goalkeeper Manuel Neuer. Bayern tend to shape up in a 4-2-3-1 offensively, and when they give the ball away Neuer is responsible for sweeping up any long balls over the top of their centre-backs. Additionally, when Bayern defend they try to keep a high line to ensure compactness while pressing. This could give Chelsea an opening. 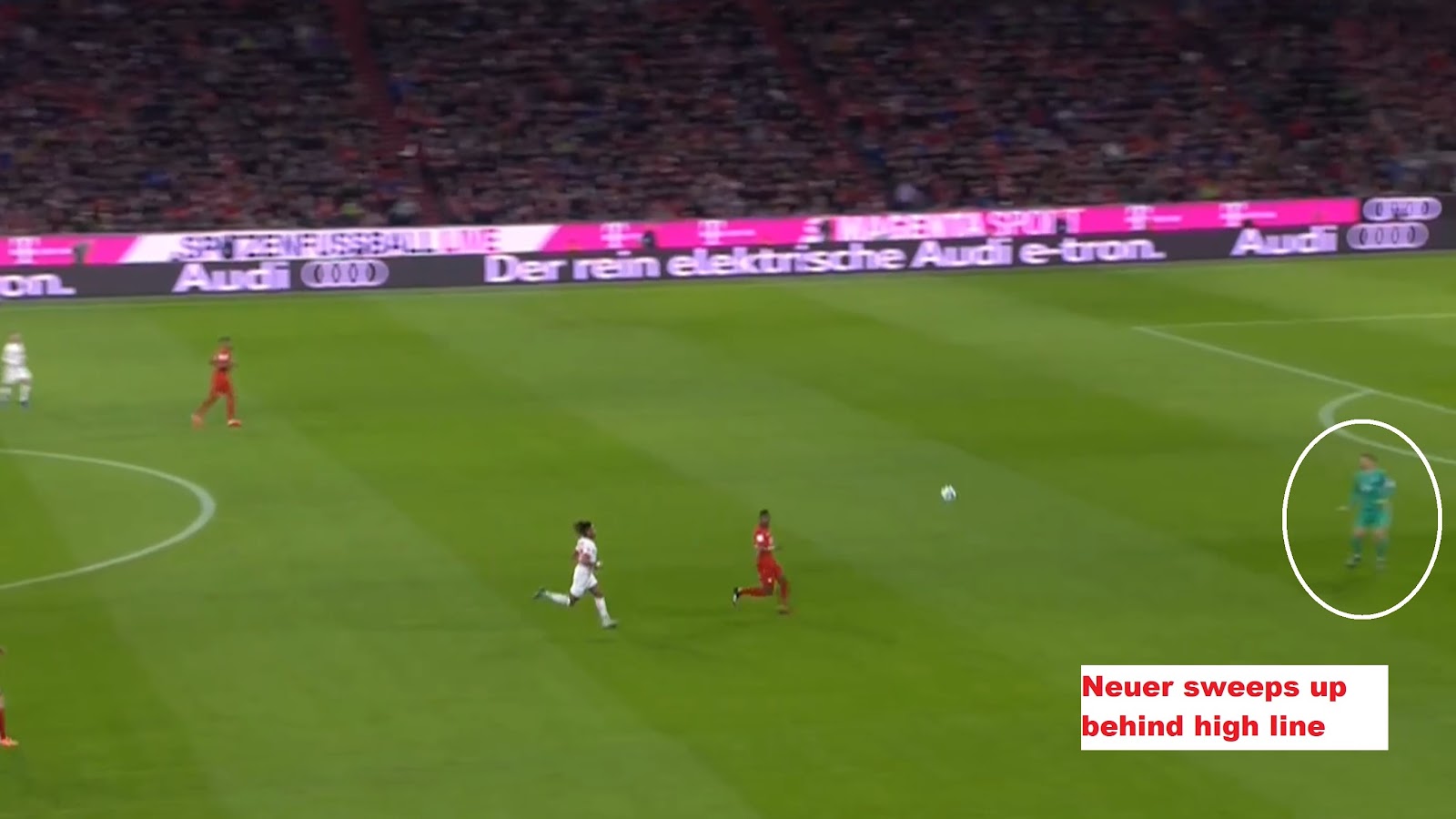 Lampard likes to experiment with his formation and selections, but his side have continuously threatened with quick counters and fast attacking play thanks to the profile of their forwards. While Christian Pulisic may miss this tie through injury, others such as Willian, Callum Hudson-Odoi, Pedro, Mason Mount and striker Tammy Abraham possess the speed, movement and directness to take advantage of space behind Bayern's defence.

RB Leipzig provided a template of how Chelsea could potentially defend and counter against Bayern. During a recent draw with the reigning German champions, Leipzig set up with a defensive front three that kept high positions and tried to make darting instant runs beyond Bayern's last line in transition. When they won the ball back, they constantly looked to play over the top for their forwards to run onto, and they created good chances in the process.

Immediate, direct counter-attacking with balls over the top of Bayern's defence for the likes of Pedro and Hudson-Odoi could be the way through for Chelsea in this tie.

The personnel in Bayern's back line has changed this season. David Alaba, who is perhaps the most dynamic player in a positional sense in world football, has moved into the left centre-back position, while Alphonso Davies has taken Alaba's old left-back berth.

Davies is naturally a winger, and that's probably where the 19-year-old will end up playing. For now, he provides attacking width down the left-hand side, marauding forward from deep and overlapping. On the other flank, Benjamin Pavard provides less dribbling and 1v1 threat, but is good in combination play, using 1-2s to work crossing opportunities for the likes of Robert Lewandowski to attack. 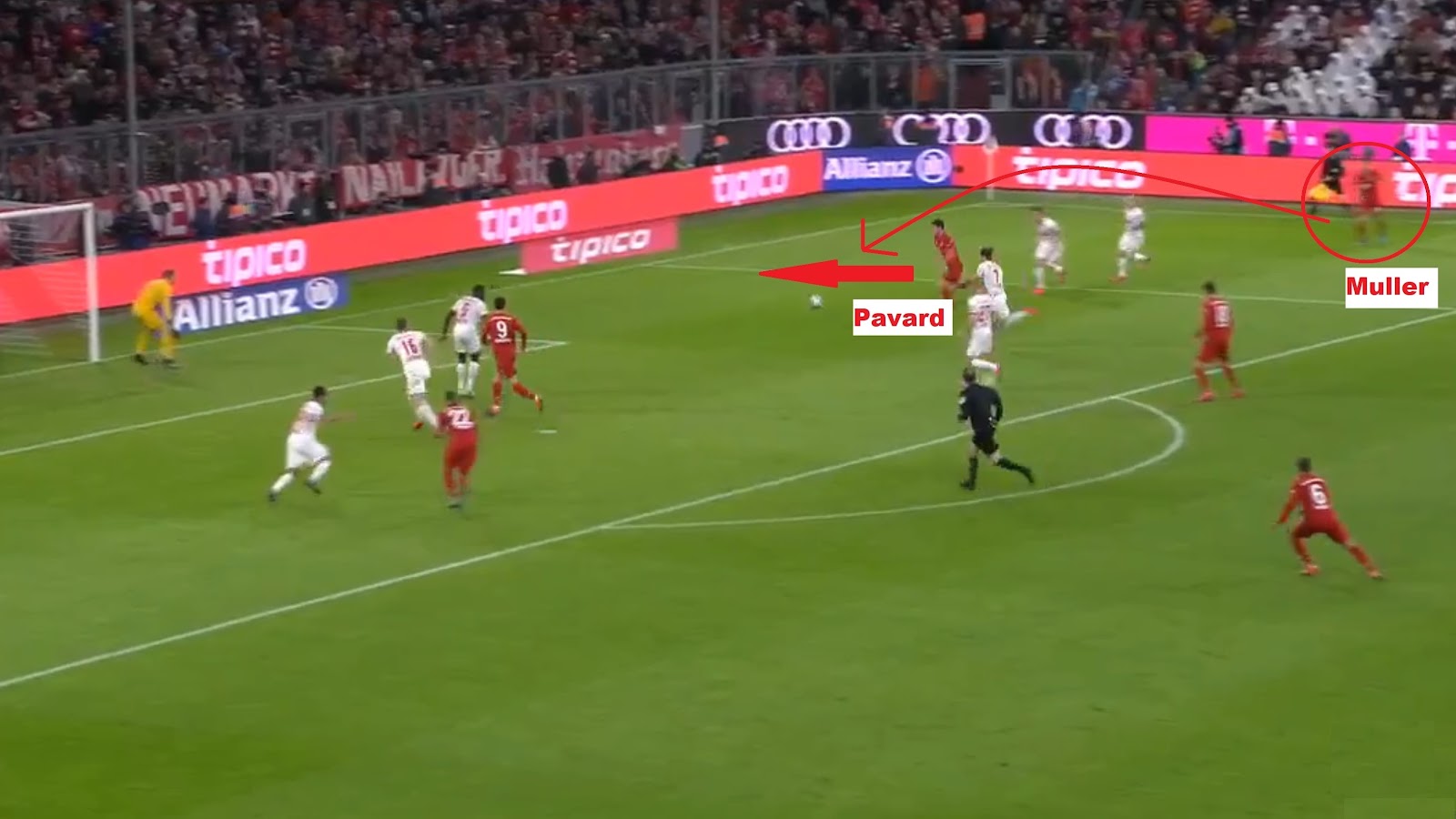 The forward runs of Pavard and Davies are threatening and are consistently used by Bayern to get to the by-line before cutting back or crossing into the penalty box. So even if Chelsea shut down the middle of the field with good defensive pressure from the irrepressible N'Golo Kante, their wingers and full-backs will need to be on point to prevent Bayern from progressing effectively down the flanks.

GNABRY/COMAN FORM AND FITNESS COULD BE KEY

The last time Bayern travelled to London for a competitive game they returned to Munich with a 7-2 win in the pocket. They thrashed Tottenham by that score in Champions League group stage action last October, demonstrating some clinical counter-attacking play. At the heart of all that was good in that game were their wingers, Serge Gnabry and Kingsley Coman.

Both players have since struggled to retain their positions in the team consistently – Ivan Perisic and Thomas Muller have taken up the wide berths in some domestic games, while Coman has also been out through injury. But the pair's combination of speed, creativity and dribbling make them a real threat in transitions, and Bayern look a more dangerous attacking outfit if both are fit and firing.

Chelsea are adaptable, but they have been vulnerable to opposition counter-attacks at times this season. Indeed, on the very first day of the Premier League campaign they were constantly caught out on the break by Manchester United's lightning quick counters, ultimately losing 4-0.

Bayern may look to exploit any moments of disorganisation in Chelsea's defence in a similar way, particularly in the first leg at Stamford Bridge. If so the pace and skill of Gnabry and Coman could be crucial to the strategy's success.