COMMENT: I know I have written about him before but trust me, I need to write about him again. Even during our poor form he is ALWAYS the one player you can rely on to give everything. When we lose, he hurts with us fans more than ANYONE ELSE.

Find me one person who has given as much to Chelsea as John Terry has. Apart from the fans. There isn't anybody else. Not one. Who was it that changed the life of Oran Tully by giving him a money can't buy VIP experience? JT got him FREE tickets to the game, as well as a mention in the OFFICIAL programme and then after the game invites him to meet the ENTIRE squad. The next day he played football with Oran on the Stamford Bridge pitch and then took him to the megastore and got him loads of stuff for FREE.

A few months later he invited him and his family out to first team training in Holland.

I couldn't find one piece of news on this, but if it was a certain other Englishman (take a guess) you just know it would be well publicised.

Where this positive news about John though?

I'll tell you. There isn't. Because all the media write about is the negative stuff, and most people just jump on the bandwagon and go with it. It's funny, most true fans would adore having somebody who gives back as much as JT has to Chelsea fans, but it's hard to see the truth when most people are inside the media's flock of sheep. (Baaaaaa)

But not me. Maybe I'm just some biased Chelsea fan, but at least I can make my own decisions instead of somebody being paid to stir up or lie doing it for me. Maybe I'm coming across pent up but let me tell you a story...

It was after a disappointing draw away to Southampton. A young fan named Evan was desperate to meet his hero, John Terry. Unfortunately, if my memory serves me correctly, there was too many people for Evan to get to see JT. Evan was understandably, and unsurprisingly, upset about this. As the team coach was driving off, JT saw how upset Evan was and STOPPED THE BLOODY TEAM COACH, got off the coach and gave him his captain's armband and got a photo with Evan.

Here's something else. I wrote John Terry a letter but knew it could be difficult to get it to him, so I waited after the Norwich game for him specifically. I was lucky enough to see him and give him the letter. A few days later I nearly passed out through happiness because JT had responded to me. Now it may not seem like much, but this to me means the world.

Hate me all you like, my opinion isn't going to change on John Terry. He's been a massive inspiration in my life since I was a little boy and I'm just hoping and praying that he gets that contract extension. He 100% deserves it.

So here's to you John Terry. Captain. Leader. Legend. 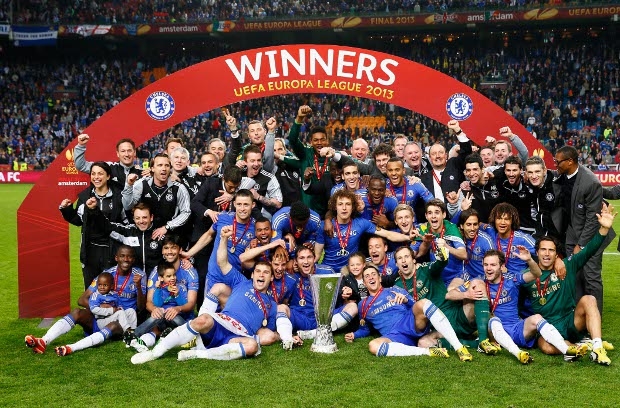