Scott Minto admits he would not have picked Eddie Newton as a future manager when the pair played together at Chelsea.

Newton moved into coaching after his playing career and spent eight years on the staff at Chelsea, winning the Champions League as Roberto Di Matteo's assistant in 2012.

He started last season as part of Frank Lampard's backroom staff before moving to Turkey to take up the role as assistant to Huseyin Cimsir with Trabzonspor in February.

The 48-year-old replaced Cimsir with two games remaining and led Trabzonspor to their first trophy in a decade with victory in the Turkish Cup final, which won him the job permanently for the 2020/21 season.

Minto spent three years with Newton at Stamford Bridge and says he was a 'laid-back' character in the dressing room. But the former left-back has no doubt Newton owns the necessary 'tactical nous' to be successful in the dugout.

Asked if he thought Newton would become a manager when they were teammates, Minto told Tribalfootball.com: "(Laughs) No, no. Eddie and I are very similar characters, we're both quite laid-back.

"In terms as a person, to become a coach, I wouldn't have said that. A top, top guy. I really like Eddie. But in terms of being a manager and everything that brings, even more so in today's football, no I wouldn't have called it.

"But he definitely has got the tactical nous. As a player, a very clever player. A clever man. And he would have learnt lots from his time at Chelsea as a coach. And what he did with Robbie (Di Matteo) in the Champions League with Chelsea. So that's probably stuck in his mind that the impact that they made, those two, absolutely fantastic and he probably just thought you know what let's give it a go." 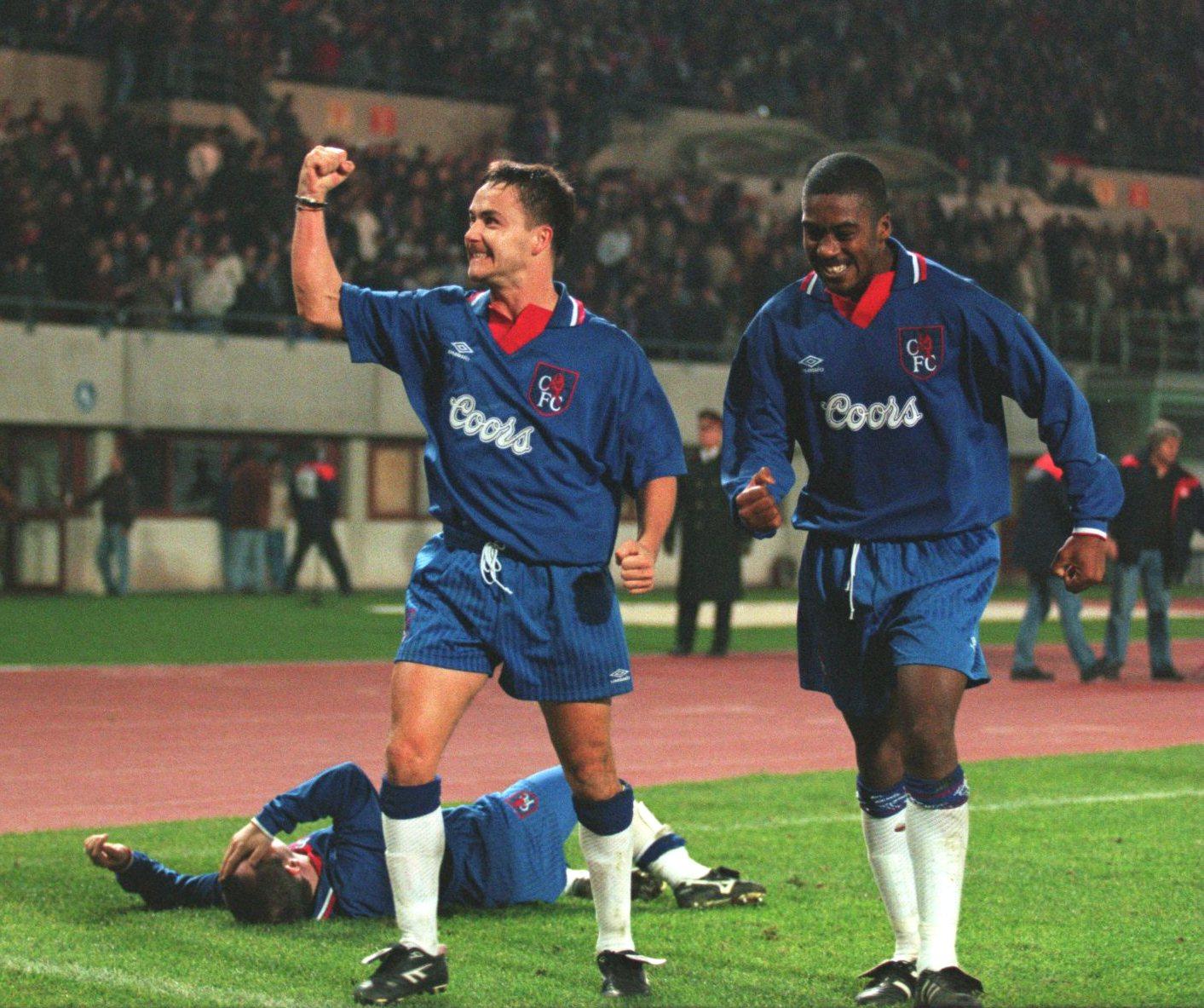 Newton and Dennis Wise in 1994

Born in west London, Newton came through the youth ranks at Chelsea and made over 200 first-team appearances in nine years with the Blues.

He also helped end the club's 26-year wait for a trophy by scoring in the 1997 FA Cup final victory over Middlesbrough.

And Minto believes Newton - who he calls 'the original Claude Makelele' - would have played for England had it not been for a debilitating knee injury.

"Eddie was the original Makelele," Minto continued. "He was that holding midfielder, who I'm telling you would have played for England many times if it wasn't for his knee injury.

"And he'd do that all the way through because Ruud realised how important he was. He was the original Makelele."