Chelsea great Frank Lampard has paid tribute to his former managers Harry Redknapp and Claudio Ranieri after being inducted into the Premier League's Hall of Fame.

During his time at West Ham United, Chelsea and Manchester City, the dynamic midfielder scored 177 Premier League goals and made more than 100 assists – winning three Premier League titles in the process. He now receives the League's highest individual honour.

Lampard is one of the six players of a 23-man shortlist to receive the most combined votes from the public and the Premier League panel.

One of the competition's most complete midfielders, Lampard was named Premier League Player of the Season for 2004/05.

He became Chelsea's all-time leading scorer during his career and also surpassed a century of assists in the Premier League.

Only four players have scored more Premier League goals than Lampard, who also netted against 39 different opponents in the competition, more than any other player.

Lampard was renowned for his stunning long-range goals, and he holds the Premier League record for the most scored from outside the penalty area, with 41.

Congratulations on being inducted into the Premier League Hall of Fame. How does it feel to be a Hall of Fame inductee?

“As a young lad I remember just wanting to make it into the West Ham team, and looking up to players like Roy Keane, Alan Shearer and Thierry Henry so to be mentioned in the same bracket as them is a real honour. I am very proud and thankful for the recognition."

How does it feel to have followed inaugural inductees Alan Shearer and Thierry Henry into the Hall of Fame?

“The Premier League has had so many great players who have achieved so much. Alan and Thierry are icons of the game so to join them is a very proud moment."

You are a three-time Premier League winner. Do you have a favourite from those three, and why?

“I think that first PL title we won in 2004-05 with that win at Bolton will always be very special. Chelsea had not won the league for 50 years and we had a really strong, young and ambitious team. The celebrations with the fans on that day will stay with me forever." 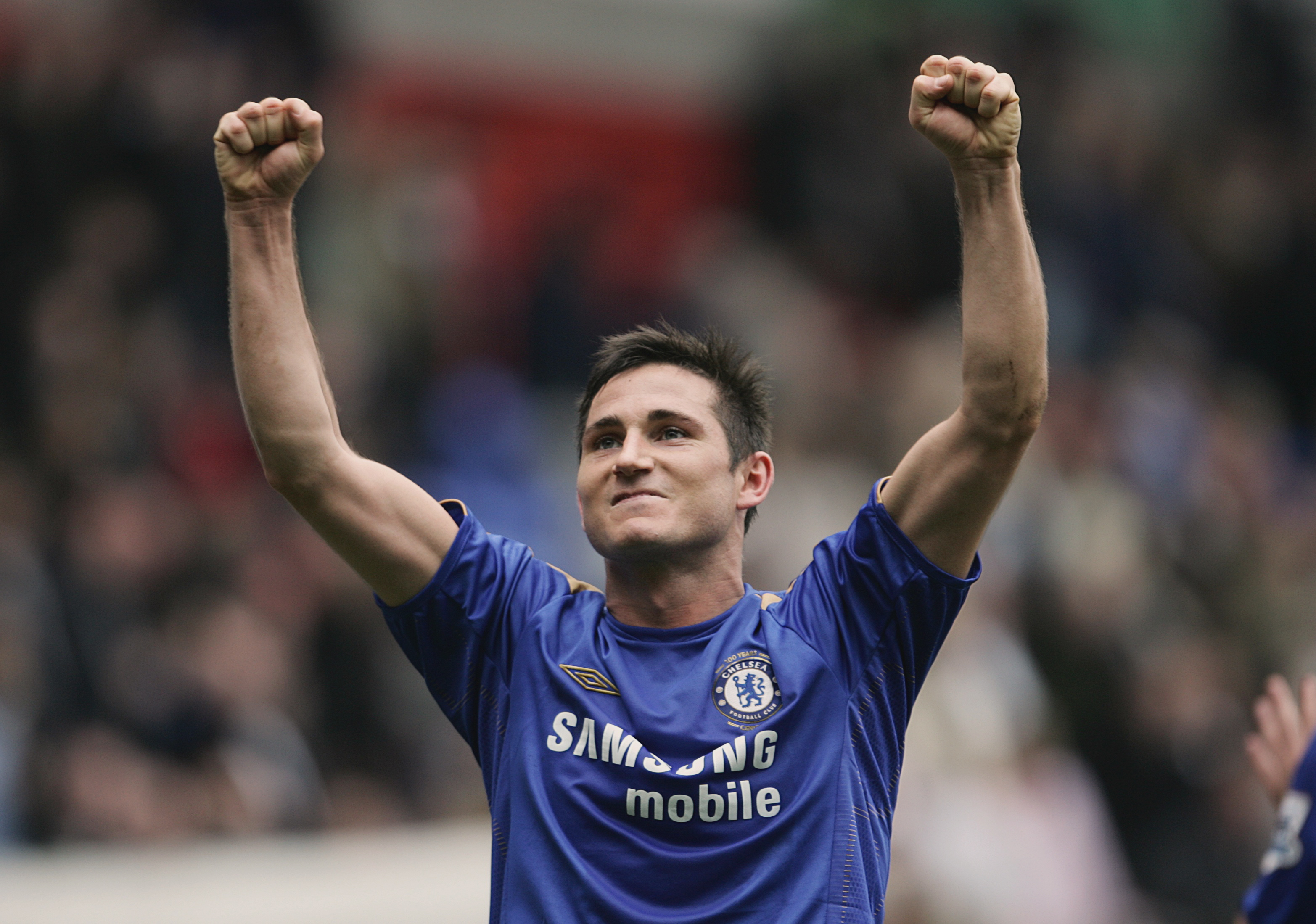 You arrived at Chelsea while the club was still in a transitional phase – could you have envisaged that just a few years later you would be a back-to-back Premier League champion?

“I think when Roman took over the club you could see what he wanted to build, and as a team we all had ambitions to win trophies. It's so difficult to win back-to-back titles but Jose instilled that belief in us and the squad had huge talent and a great mentality."

There was an influx of world-class talent arriving in the years after you joined, did that drive you personally to become the best player you could possibly be?

“It certainly pushed me personally when Chelsea started recruiting top talent from around the world. To remain playing consistently well in a team like Chelsea, with the squad we had, was a big challenge and one that I relished. We all worked hard and were ambitious, so in a way I think we all pushed each other to be the best we could be. It was the norm for players to stay after training and continue working and that is the mentality you need to become winners."

You are the highest-scoring midfielder in Premier League history, and fifth overall on the all-time list. What was the key factor in you scoring so consistently and do you have a favourite from your 177 Premier League goals?

“The key for me was practice and hard work. I had a talent for arriving and scoring goals. I had done it in all the teams that I played for but to score consistently over that period in the Premier League was mostly down to my hard work and dedication to constantly improve. My favourite goals are the two goals I scored against Bolton when we won the league in 2005. They meant so much to me personally but more importantly it was what they meant to the club and the fans to win the League that year."

Goals were a huge part of your game, but you also topped the Premier League assist charts in three seasons. How much pleasure did you get out of creating goals for other players?

“People always talk a lot about my goals, but I was just as proud to provide assists for teammates and it was a big part of my game. I was fortunate to play with great players and had a particularly great relationship with Didier for so many years. We would look for each other and know the moves that the other was going to take. Those relationships on the pitch are beautiful!

Who were the biggest influences on your Premier League career, and how did they help you become the player you developed into?

“There have been a lot of people that have influenced me. I guess really Harry Redknapp's belief in me at West Ham to give me the first opportunity, Claudio Ranieri for taking me to Chelsea, and Jose Mourinho for the influence he had on me when he first arrived. However, I took things from all my managers and am thankful to them all."

What was your favourite moment in your Premier League career and why?

“My favourite moments are always the Premier League titles because football is about winning as a team and winning a PL is so difficult. The feeling when you fight all year and succeed is amazing."

To be eligible for the Premier League Hall of Fame this year, players had to have been retired as of 1 August 2020, and only a player's Premier League career was considered in his candidacy.
Each inductee will receive a personalised medallion, engraved with the year of their induction. 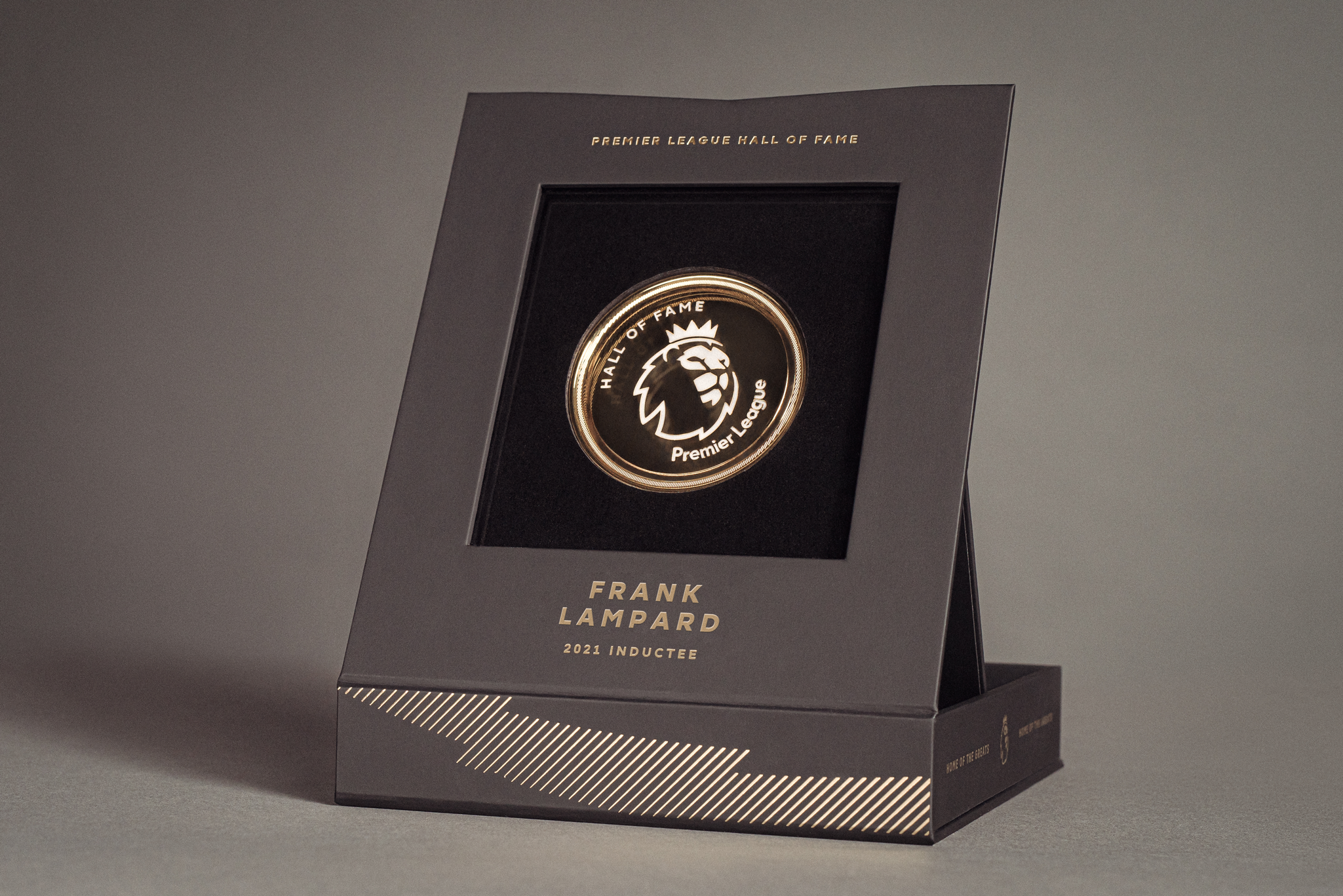