Chelsea blanked by Vitesse? Why there's still plenty of life in this partnership

COMMENT: As Mason Mount lifted the Champions League trophy at the Dragao in May, a small, select group in Arnhem looked on with satisfaction given their role in launching the career of Chelsea's No19...

Now eleven years in, this season is the first where Vitesse Arnhem have not taken a player on-loan from Chelsea. At it's height, Vitesse counted on no less than seven young Blues. That was in 2013. But today, as it stands, Vitesse have entered the new Eredivisie season without a Chelsea loanee for the first time since they began doing business with the European champions in 2010.

Armando Broja, now on-loan with Southampton, was the 29th Chelsea player to spend time in Arnhem. Like many before him, the move was a success. A mutual success. Broja, just like Mount two years previously, experienced his first taste of regular first team football - and thrived. The 20 year-old striker hit 11 goals in 34 games, helping his loan club reach last season's Dutch Cup final. It was the theory of this informal alliance put into practice.

And we say informal as this partnership has always been on a nod and wink. The two clubs have no formal agreement - and certainly no signed contract - between them. It's been a partnership built on connections, specifically between Vitesse owner Valeri Oyf and his Chelsea counterpart Roman Abramovich. The pair have known eachother since college and Oyf - via Millhouse Capital - manages Abramovich's financial assets. And as much as it's drawn criticism from many on the outside looking in, it's been a relationship of mutual benefit.

"It's the exception," insists Spors, "The relationship is what we call: excellent. Nothing has changed. We still have the same focus and working method and there is frequent contact. We have seen in recent years that a loan programme can have value for both clubs." 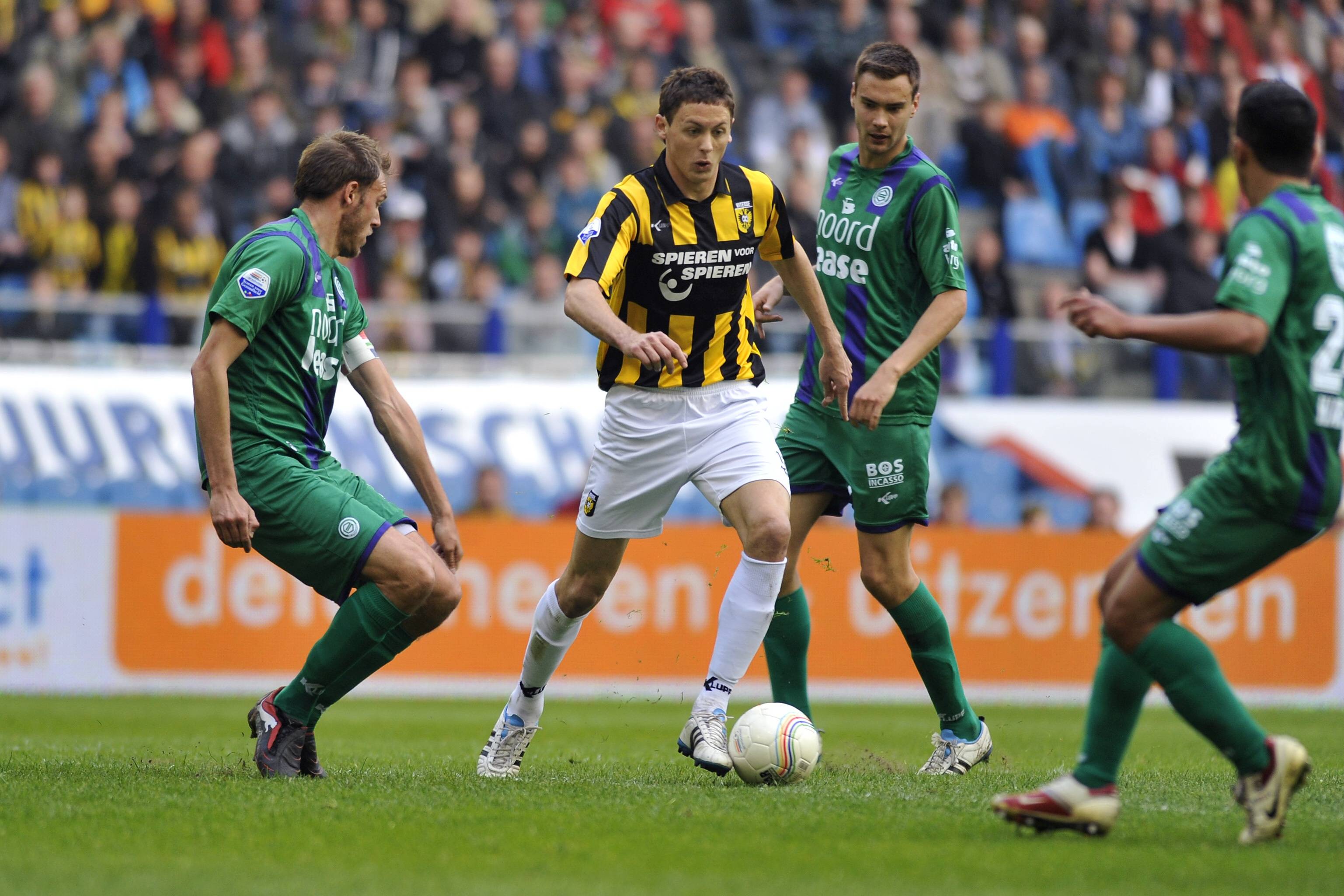 In Vitesse's case, the contribution of Broja last season is evidence of that. And for Chelsea, after the year Mount enjoyed at the GelreDome, the benefit is obvious. Indeed, given this season's decision - at least until January - you do wonder whether there's a more considered approach from both clubs. Just as Mount, after his year in Arnhem, was then to spend another 12 months in English football with Frank Lampard's Derby County. Broja is following the same path, the Albania international hoping to build on those 11 goals last season in a Southampton shirt this term. This could be a new approach from both clubs. Chelsea viewing Vitesse as nearer a finishing school these days. It's significant that between the time of Mount and Broja, Chelsea placed the unfortunate Charly Musonda at Vitesse. A player earmarked for first team football with the Blues, if not for his injury problems.

And this cuts both ways. As Spors says, Vitesse isn't a dumping ground for Chelsea's cast-offs. They seek out players who will make a difference, an impact, on the team: “Everything has to do with positions, qualities and the arrival of players from other clubs. So the course of events says nothing about our relationship with Chelsea."

Borne from these 11 years, there's a greater sophistication of how to make the most of this alliance. Nicky Hofs, Vitesse's U21 coach, says after over a decade of dealing with Chelsea's loanees, management have developed a know-how of what works and what doesn't - both in coaching and personality.

Discussing Mount, Hofs says a key to his success with Vitesse was having his father also make the move to Holland: "Despite his age, he worked hard in training. Some other guys who come from big clubs sometimes think they're already there. He continued to work hard, that was what his father always said to him."

As Hofs attests, nothing was guaranteed to Mount when he arrived. Nor to Chelsea. The midfielder had to find his own way into the first team: "It's tough. You're from London, you play football at Chelsea. That was still youth football, but now you come to a first team in another country. Such imports should adapt.

"I've also seen guys from Chelsea who had more trouble with that. It's just how you deal with it. Mason handled it very maturely, despite being such a young age."

Mount, perhaps, set the standard. A bar which Broja was able to reach. But this preseason, Vitesse couldn't find anyone available capable of doing something similar. Spors again: "We spoke with Chelsea about the loan options. But in the end, no match was found."

No obligation. No demands. Vitesse aren't there for Chelsea to simply park their fringe players. And Chelsea know if they are to send across a young prospect, he will benefit from the experience garnered from 11 years of coaching and managing foreign loanees.

The opposition is there. It always will be. But this partnership has matured. And it continues to do so. The days of 2013 and Cristian Cuevas and Gael Kakuta are long gone. There's a greater consideration from both sides of what works and why.

"Winter is a time to talk to Chelsea and explore the possibilities," says Spors. "There can always be a player from Chelsea, but then everything has to fit sportingly and be of value to both clubs."

Mason Mount at the Dragao in May is proof enough of that.