Marseille comms chief Cardoze on Arsenal defender Saliba: William's will is beyond doubt

Chelsea ready to focus on multiple centre-half signings this summer

Chances for some; doors slammed for others: The big Chelsea changes Tuchel forcing through

COMMENT: Six months in and he's seen enough. A clearout is on. Changes will be made. And even a top four finish and the Champions League trophy won't alter the thinking of Thomas Tuchel at Chelsea...

For the German, even with a Champions League winner's medal inside the trophy cabinet at home, the squad he's inherited falls short of what's required and where he wants to take it. And the assessments he's made these past six months are now wide open and in public view.

Just this week, we've had a first bid tabled - and rejected - for Erling Haaland, the Borussia Dortmund centre-forward. Another offer has been resisted by Juventus for their Euro 2020 winning attacker Fede Chiesa. And we also had confirmation from Achraf Hakimi's agent that Chelsea made a serious pitch to the former Inter Milan right-back before his €73m move to PSG.

So a centre-forward. A goalscoring, versatile winger. And an attacking fullback. Positions that on paper you'd think Chelsea were well catered for. But clearly Tuchel believes otherwise and it was the make-up of that bid for Haaland which confirmed it.

The money component wasn't mentioned, though from Germany they're insisting the proposal reached €110m: cash plus a choice of one from Callum Hudson-Odoi or Tammy Abraham. BVB have resisted - but Chelsea will come again. With finances still an uncertainty. And knowing Haaland can walk out of the club in a year's time for €75m. There's a confidence - even a belief - at Chelsea's side of the table that Dortmund's board will sell for the right price. It's why Roman Abramovich has been so bullish in this pursuit of the Norway international. The club's billionaire owner convinced by those he trusts that Dortmund will part with Haaland if offered enough motivation.

For the makeweights, this week's offer simply brings more anxiety. Both players reported for the first day of preseason training at Cobham last week. Both still hopeful of a place in Tuchel's plans. But the news out of Dortmund has shut that down. For Abraham, any thoughts of winning over Tuchel now appear dashed. Not only is the manager attempting to bring in his own centre-forward, he's trying to offload Abraham in the same deal. There's really no coming back from this. 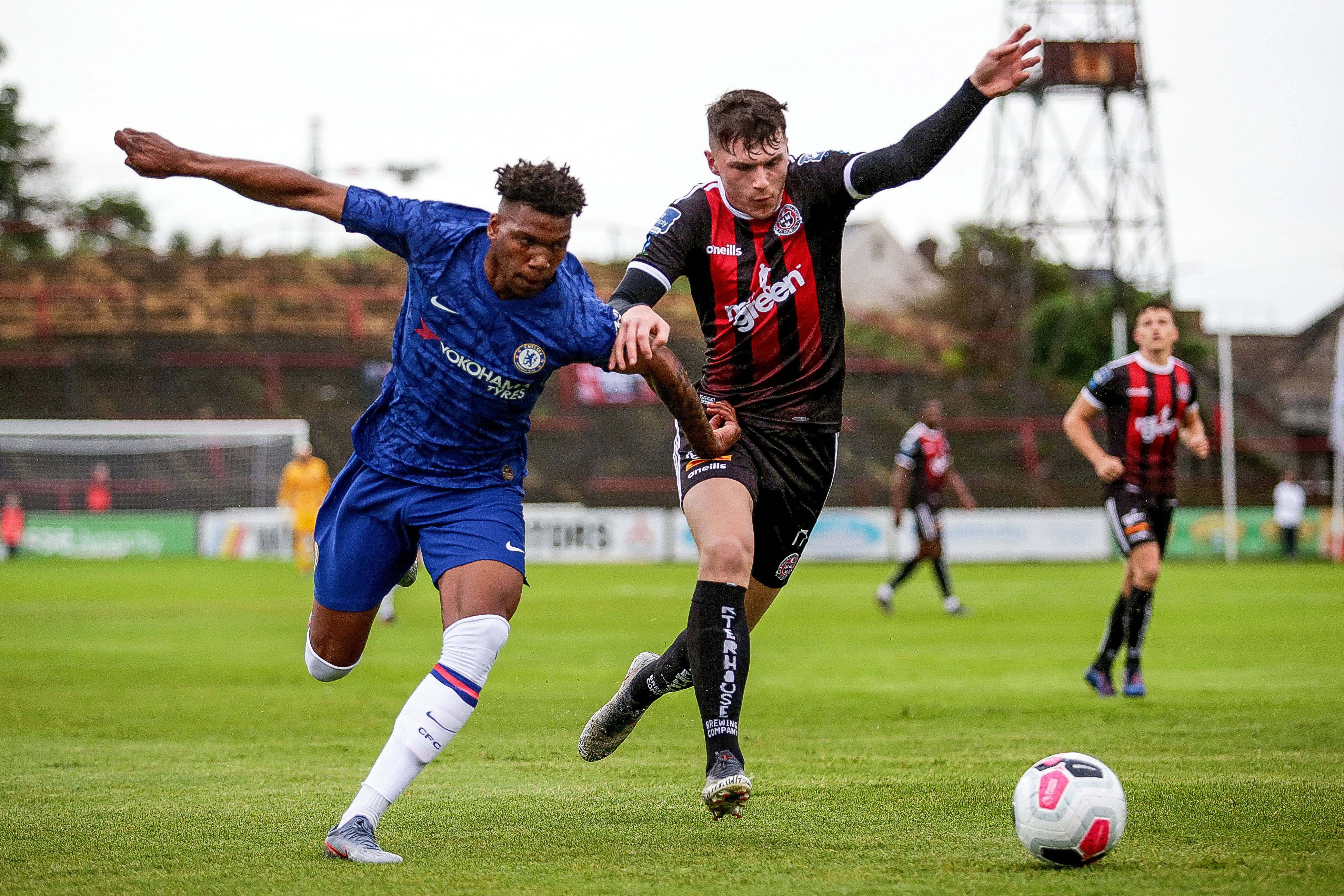 Putting more credence to that idea is movement around fellow academy graduate Armando Broja. Eleven goals in 36 appearances for Vitesse Arnhem last season - his first as a senior player - Broja returns to Chelsea with a Golden Boy nomination. And waiting for him is a new contract and a genuine chance to work his way into Tuchel's new season plans. An Albania international, though London born and bred, this coming month has been offered to Broja to convince his manager he deserves Premier League registration. As it stands, Broja has jumped ahead of Abraham in Tuchel's pecking order.

For Hudson-Odoi, he also should be seeing the writing on the wall - and twice over. Attempts to convert the England international into a wing-back have clearly been disbanded by Tuchel. The attempt for Hakimi confirms that. And the German also appears to have doubts about his attacking prowess given Chelsea's €100m bid put to Juve for Chiesa just days ago. That Tuchel is also willing to sacrifice Hudson-Odoi in negotiations for Haaland does suggest he has other ideas for the 20 year-old's favoured position.

Beyond Abraham and Hudson-Odoi, the move for Hakimi also brings into doubt Reece James' long-term future in Tuchel's system - at least positional-wise.

Again, Chelsea aren't backing their manager with a move for a player valued in the €70-80m class to simply add competition. Tuchel went for Hakimi with the view to the Morocco international being his first-choice wing-back. Like Abraham. Like Hudson-Odoi. It appears Tuchel doesn't see James as capable in that position.

But in contrast to his fellow England internationals, James could still find a place in the manager's long-term plans. However, there'll be a lot of work ahead. The latest surrounding James being that Tuchel can see him developing into a talented central defender. Not a centre-half, but certainly a player with the attributes to succeed in a back three. Think more Cesar Azpilicueta than Andreas Christensen...

It's significant that there's noises coming out of Cobham about a fit-again Dujon Sterling. Powerful. Pacy. And with an eye for goal. From some sources, there's a suggestion Chelsea's coaching staff believe Sterling could be a bolter in preseason. There's never been any doubts about Sterling's ability, only injury has held back the now 23 year-old. But with Tuchel wanting to employ a system with genuine wing-backs, long time coaching staff believe Sterling has the chance to surprise in the coming weeks.

Opportunities for some. Shut doors for others. A new manager. A new set of eyes. Six months in and Tuchel has seen enough. Even a Champions League medal won't alter his thinking: this Chelsea squad needs change.