Round 18 of the Championship is complete, and for those players still standing, it's two games until a very well earned 7 day break over Christmas, from this shortened season's incessant grind.

We here at Tribal Football break down all the best bits from the weekend's Championship action.

We can't ignore a hat-trick where player of the week is concerned, and James Collins became the second player this season to leave with the matchball, sanitised of course! Preston will be happy to see the back of Collins, after a close range header, and two ruthless right footed finishes ensured the Hatters registered a comfortable 3-0 victory.

It will be the likes of Ivan Toney, Adam Armstrong, and Tyrese Campbell, linked with big money moves when the window opens, but like Luton, Collins is a 'not to be taken lightly' Championship foe.

Although fans of teams higher in the table may myopically disagree, the stakes were probably highest, and the impact of victory greatest, at the New York stadium this weekend.

A comfortable 2-0 win over Bristol City, helped the Millers move on from a meek midweek surrender at Watford, and a run of 1 point in 6 games. Frankly the win came out of nowhere, and with victories so rare at the foot of the table, the three point gap over the bottom three could prove precious.

Most importantly, the win temporarily relieves the pressure on boss Paul Warne, who despite being so ingrained with the club, and with two promotions on his Rotherham CV, would likely not survive a third relegation from this punishing division.

Like last season, with Rhian Brewster firing Swansea into the play-offs, Liverpool's influence on the Championship top 6 could be strong again this season. Cardiff have taken wingers Sheyi Ojo and Harry Wilson from Merseyside, but the real eye catching Liverpool loanee is Harvey Elliott.

At the weekend his Rovers side went under to league leaders Norwich, however Elliott again caught the eye with a lovely goal. He dribbled from the right touchline, flamboyantly beat Grant Hanley, and finished from the angle.

Elliott's is already clearly a top end Championship performer, although his ceiling will likely turn out way higher than that! 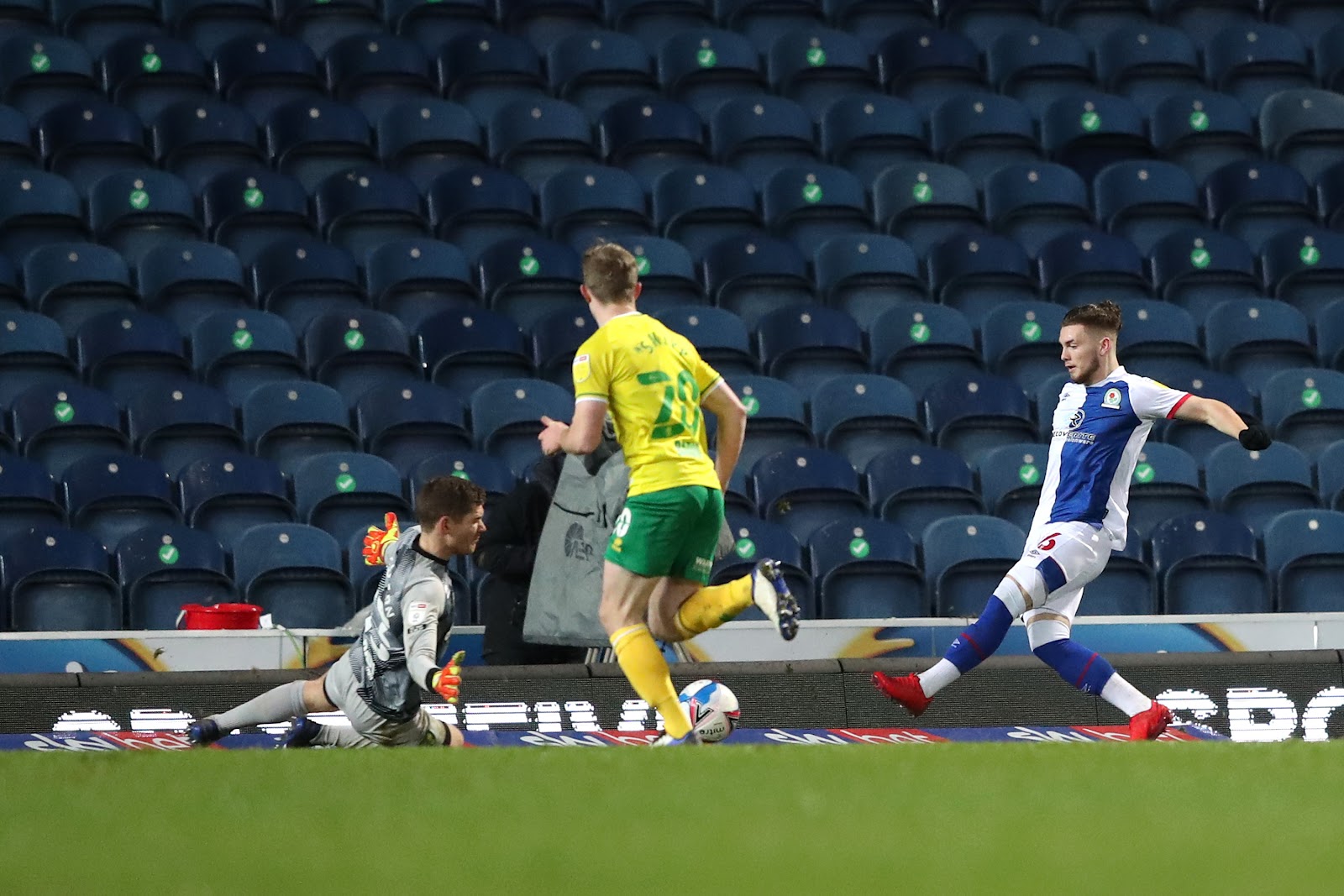 TALKING POINT OF THE WEEK - The Millwall Slide

After an 8th placed finish last season, Millwall went into this one with high hopes. Manager Gary Rowett would be in situ for his first full campaign, key players were retained, Ryan Woods returned on loan, plus striking reinforcements from the league above in Zohore and Parrott. Could they match, or even better last season's position?

At the final whistle of their 2-0 victory at Preston, Millwall were in 3rd place with 8 played. Since then they haven't won in 10 games, and now sit 17th, closer to the bottom 3 than the top 6.

It seemed as though Rowett had found a perfect home at The Den, but Lions fans will not suffer failure in silence, and Millwall need wins fast to reinvigorate a draw laden season, and conquer this current slide.

Certain players have a habit of making themselves central to the drama of a game - and Anthony Knockaert is one of them. Infamous for missing the penalty seconds before 'that' Troy Deeney goal, but also dominant as Championship Player Of The Year during Brighton's promotion to the Premier League under Chris Hughton.

Knockaert has teamed up with Hughton again on loan at Nottingham Forest, and whilst the pair would be hoping to add another promotion to their growing collection, it's not going quite as planned thus far.

Forest's latest defeat, at home to Brentford, was their 11th already this season. They just haven't got going under Hughton, and sit 21st in the table. Knockaert did his best to get them going, but the Frenchman's afternoon unfolded in chaotic fashion.

With Forest chasing a 1-0 deficit, Knockaert came on at half time for Joe Lolley. He swept home what he thought was the equaliser, a beaming smile and knee slide celebration followed. The goal was ruled out, with striker Lyle Taylor offside and in Brentford keeper David Raya's line of sight.

Knockaert was later booked, and Brentford then went 2, and 3 goals up. A stoppage time goal from Joe Worrall was beautifully provided by his curling free kick, however Knockaert's chaotic cameo was complete when he went down in the box and received a second yellow card for simulation in the 95th minute. All in a day's work! 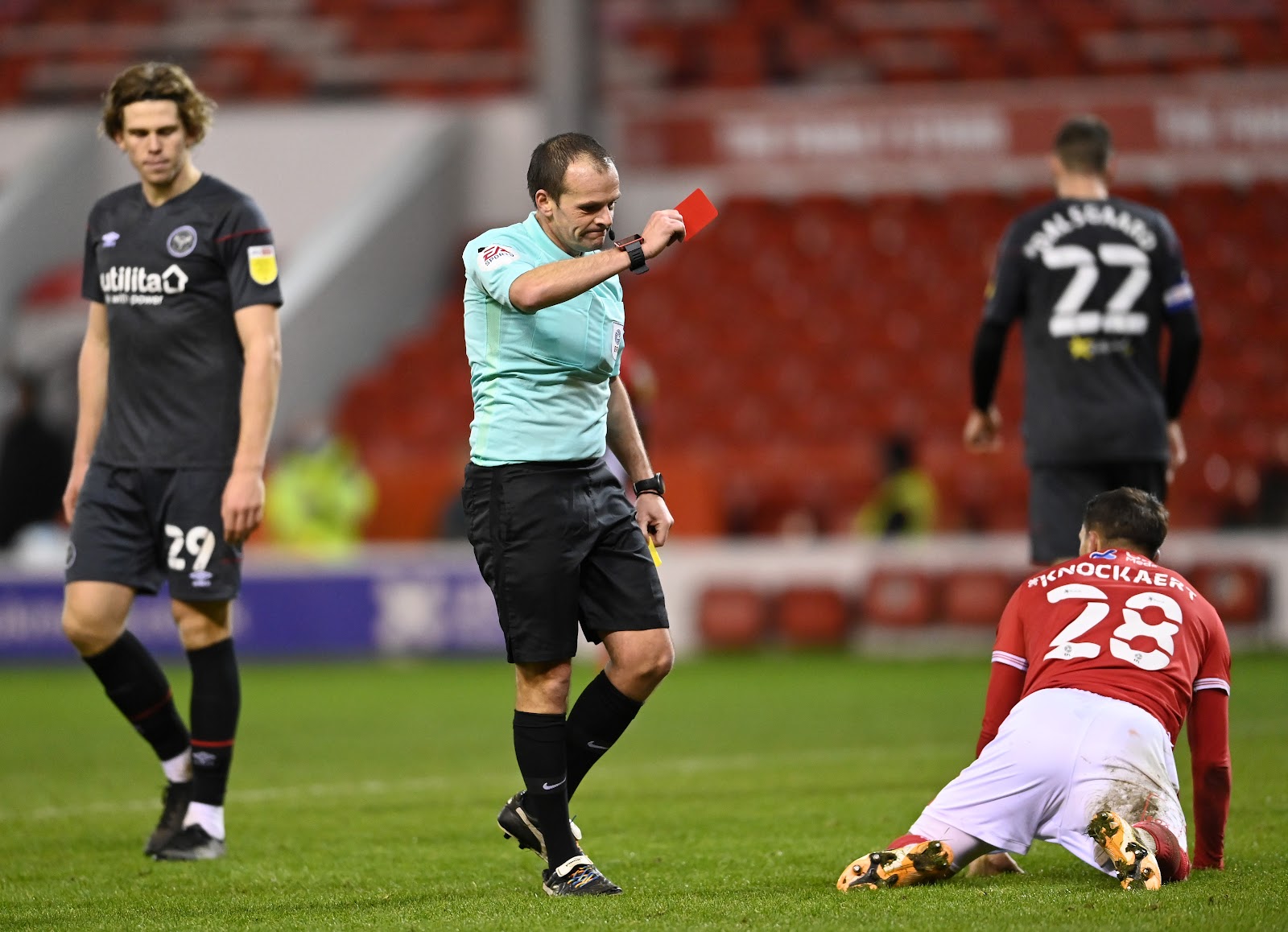