Some great names dominated the weekend action in the Championship this past round, with one player reborn and a manager getting a tune from his new team...

When a 19 year old Jack Wilshere went toe to toe with Busquets, Iniesta and Xavi in a 2011 Champions League game for Arsenal, English football fans got very excited. This type of display from a young English player tends to provoke a standard response, the player is hyped and compared to Paul Gascoigne, and predictions of World Cup and European Championship wins follow thereafter.

Ten years on, and Wilshere is in the Championship with Bournemouth, the club he'd been loaned to in 2016/17. The fact that Wilshere's loan spell at the Cherries signified his most league appearances in a season since his Barcelona breakthrough match, tells us all we need to know. A player full of potential but a career full of injuries, latterly at West Ham, where Wilshere's tenure was less Bobby Moore, and more Kieron Dyer, high on wages and low on appearances.

Wilshere started for Bournemouth at the weekend against struggling Birmingham, and showed signs of his old quality. The classy left footed swagger is still there, but whether he can influence games week after week remains to be seen. The Cherries were already behind when Wilshere controlled with his right, spun quickly and eased past Harlee Dean, and slid in Danjuma for the equaliser.

In the second half Wilshere gave Bournemouth the lead, finishing a beautiful team move with a gloriously accurate header into the top corner, prompting thoughts of another Barcelona 2011 opponent. Lionel Messi comparisons should be used sparingly, but his headed goal against Manchester United in the 2009 Champions League final in Rome did come to mind.

I'll stop with any more Messi comparisons, as they're always a sure sign of someone struggling to justify a footballing hypothesis. The Kieron Dyer comparison is more appropriate and one Wilshere will be keen to avoid. A prodigiously talented central midfielder, a big salary at West Ham, but his final years sadly ravaged by injury. At 29, if Wilshere can come close to even half of his Barcelona 2011 powers, and can stay fit, he'll be fun to watch in the Championship. 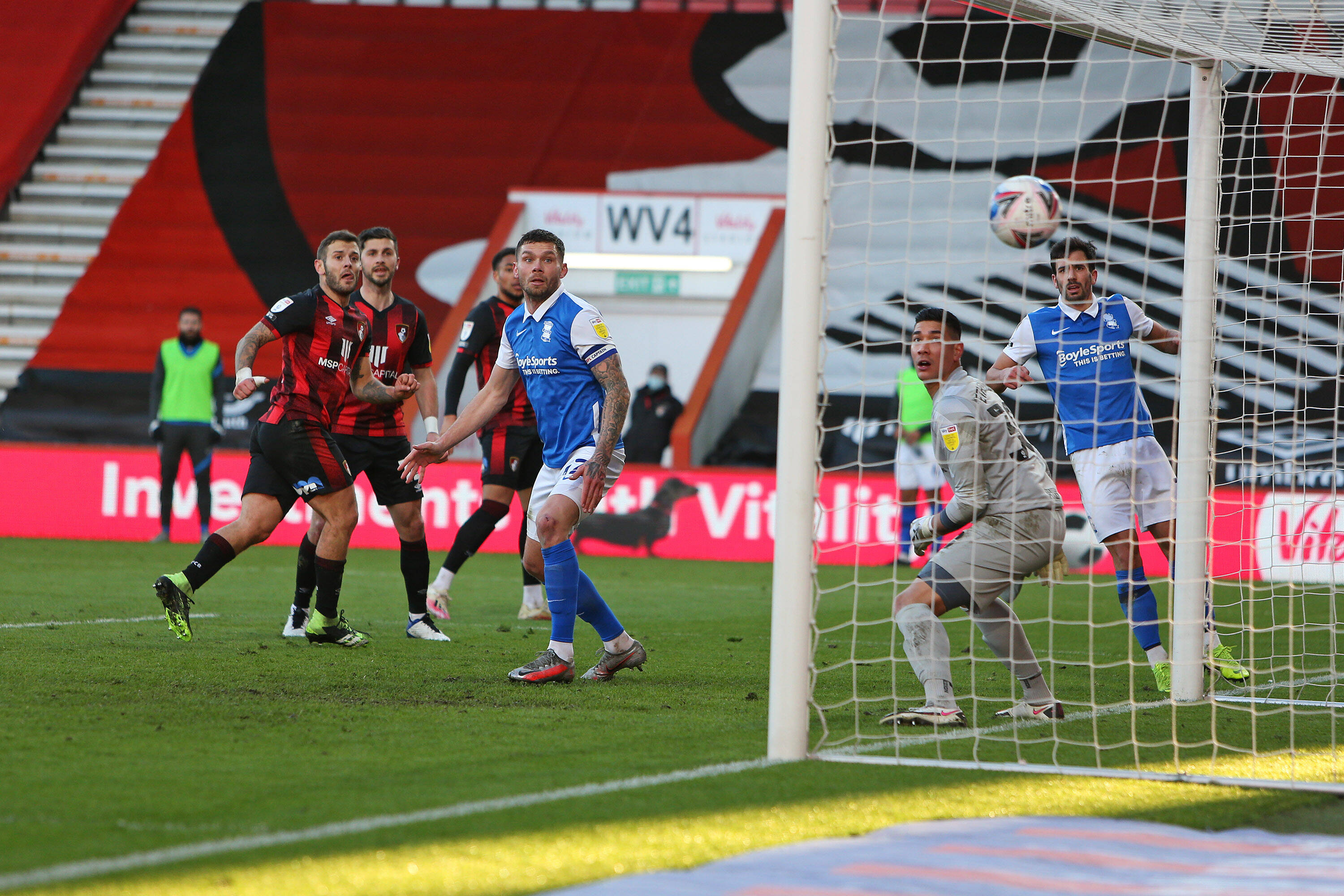 When Chris Hughton arrived at Nottingham Forest, previous evidence suggested he would studiously shape a bloated squad into a viable Championship team that would slowly and efficiently move out of trouble. Saturday's win over Wycombe means that Forest have picked up 19 points from their past ten games, and the steady climb up the table is in progress.

The Wycombe win harked back to former glories as Hughton deployed three of his promoted Brighton team, Bong, Knockaert and Murray. In 2016/17 Brighton finished second, Bong contributed 24 games at left back, with Murray and Knockaert hitting nearly 40 goals between them. The promotion pedigree doesn't end there, with loanees Krovinovic and Christie both going up last season with West Brom and Fulham. Of course I'm not suggesting anything similar for those two this season, however a long term rise is not out of the question.

The Brighton connection did the damage on Saturday, with Murray rolling back the years to score a double, and Knockaert adding the third. Wycombe are clearly struggling at the bottom, but the ease of the win, and the evidence of this latest ten games, does suggest that Hughton's lofty reputation at Championship level, may well continue. 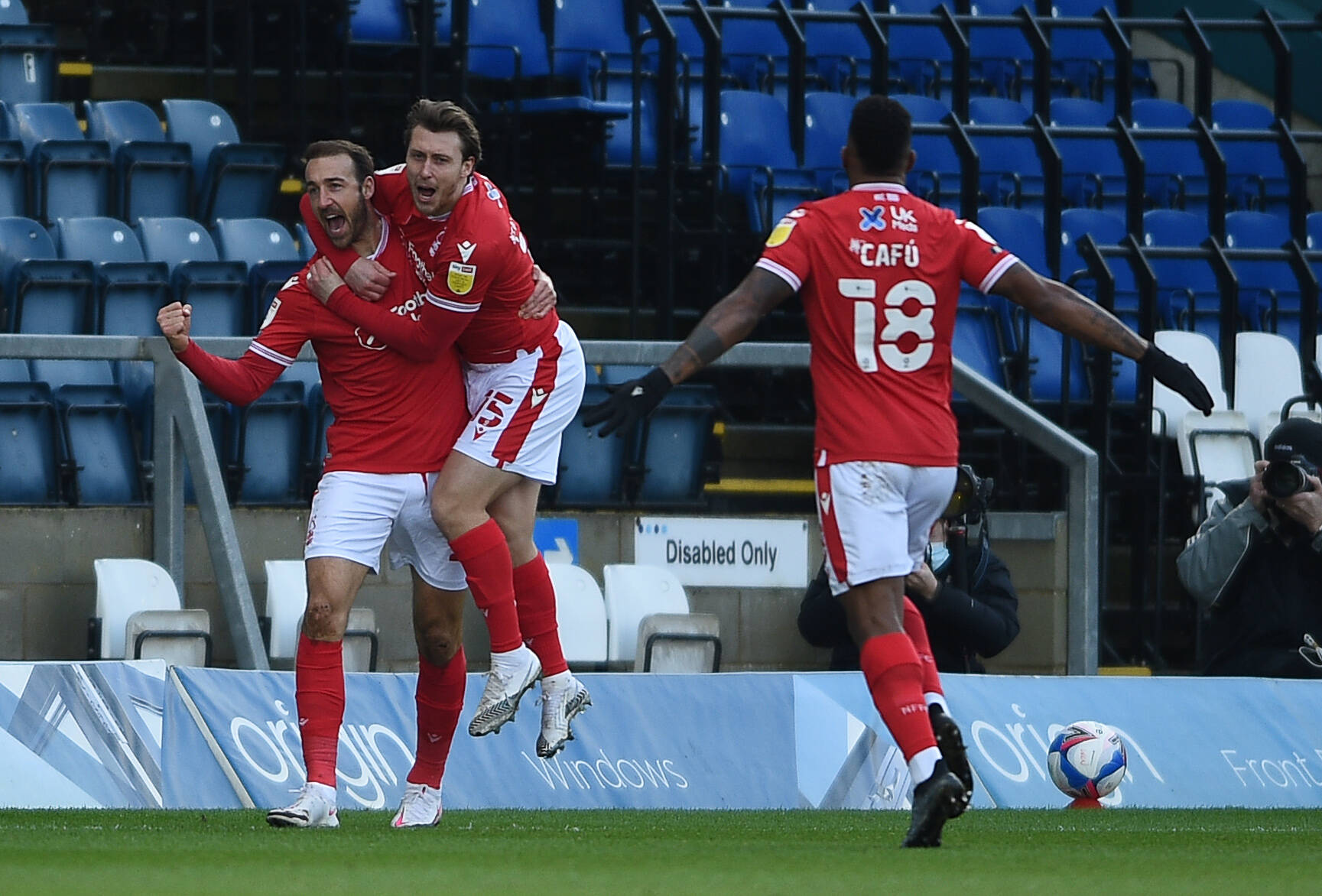 It was just a matter of time before this segment featured Conor Hourihane as loanee of the week. Since arriving at Swansea on loan, Hourihane has played four times, winning 5-1 in the Cup on his debut, and then scoring in all three the following league games. There was something very decisive about Hourihane this week, a big player, scoring a big goal, and making a difference in a big game.

The big game turned out to be a big win for Swansea, 2-0 over league leaders Norwich. Andre Ayew capitalised on Tim Krul's error to give the Swans the lead just before half time, and just after, decisive was the word again for Hourihane. The Irishman scored at the perfect time, with a long range left foot shot arrowed low into the corner. With Swansea having conceded the fewest goals in the division, and Norwich without suspended star player Emi Buendia, it felt like a very decisive blow.

Swansea will be hoping that Hourihane will be the decisive bit of transfer business that helps them towards automatic promotion, and it wouldn't be the first time Hourihane has been key to a Championship team getting over the line. The cultured midfielder changed the game as a scoring substitute in Aston Villa's 2019 play off semi final first leg comeback against West Brom, scored in the shootout in the second leg, and started in the Wembley victory over Derby. If his Swansea start is anything to go by, decisive could be a word we'll use again for Conor Hourihane this season. 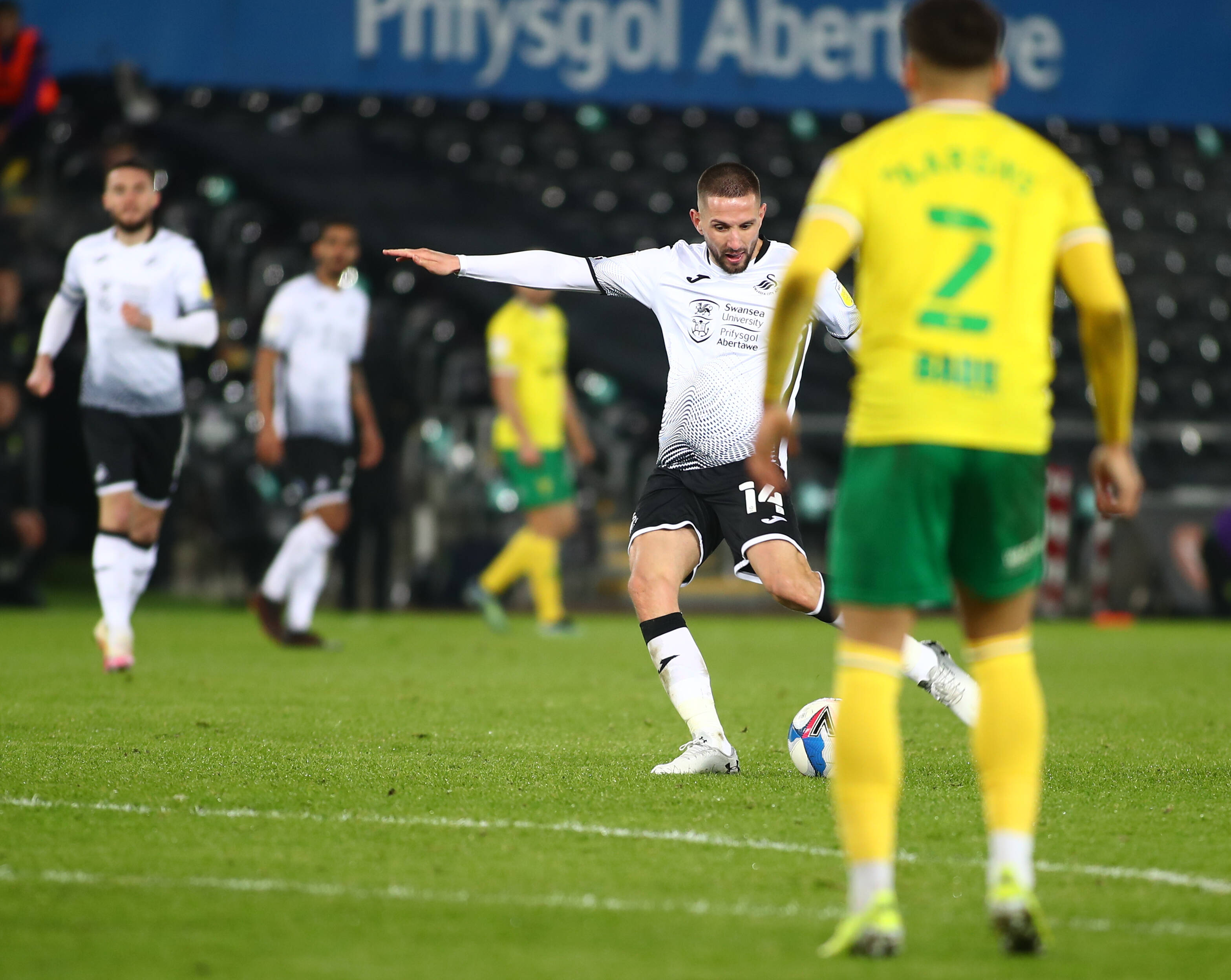 Over the past ten seasons in the Championship a very straightforward survival metric has been established. Score a point per game and you stay in the division. Obviously when dealing with averages, there are some exceptions to the rule, and these all come in what I call 'high tide' seasons.

Of the last 30 relegated teams, just five were unlucky enough to register a point per game and go down, Wolves and Peterborough in 2013, Blackburn in 2017, and Wigan and Charlton in 2020. The bad news for bottom half Championship teams is that this season is shaping up to be a 'high tide' season.

A quick look at the table tells us that only two teams are currently below the point per game standard, Wycombe who are well adrift at the bottom, and Sheffield Wednesday, who in real terms have scored over a point per game, but their six point FFP deduction takes them below. In recent weeks we've seen runs far exceeding what we would expect from teams in the bottom eight from Sheffield Wednesday, Derby, Rotherham, and QPR, and subsequently the tide is rising.

The current table rarely accurately predicts the final outcome, but with Wycombe adrift and the tide rising, the entire bottom half of the Championship will be looking over their shoulders. If the current standard continues at the bottom, we'll be adding one or two more teams to the unfortunate five who hit the point per game standard, and still went down. 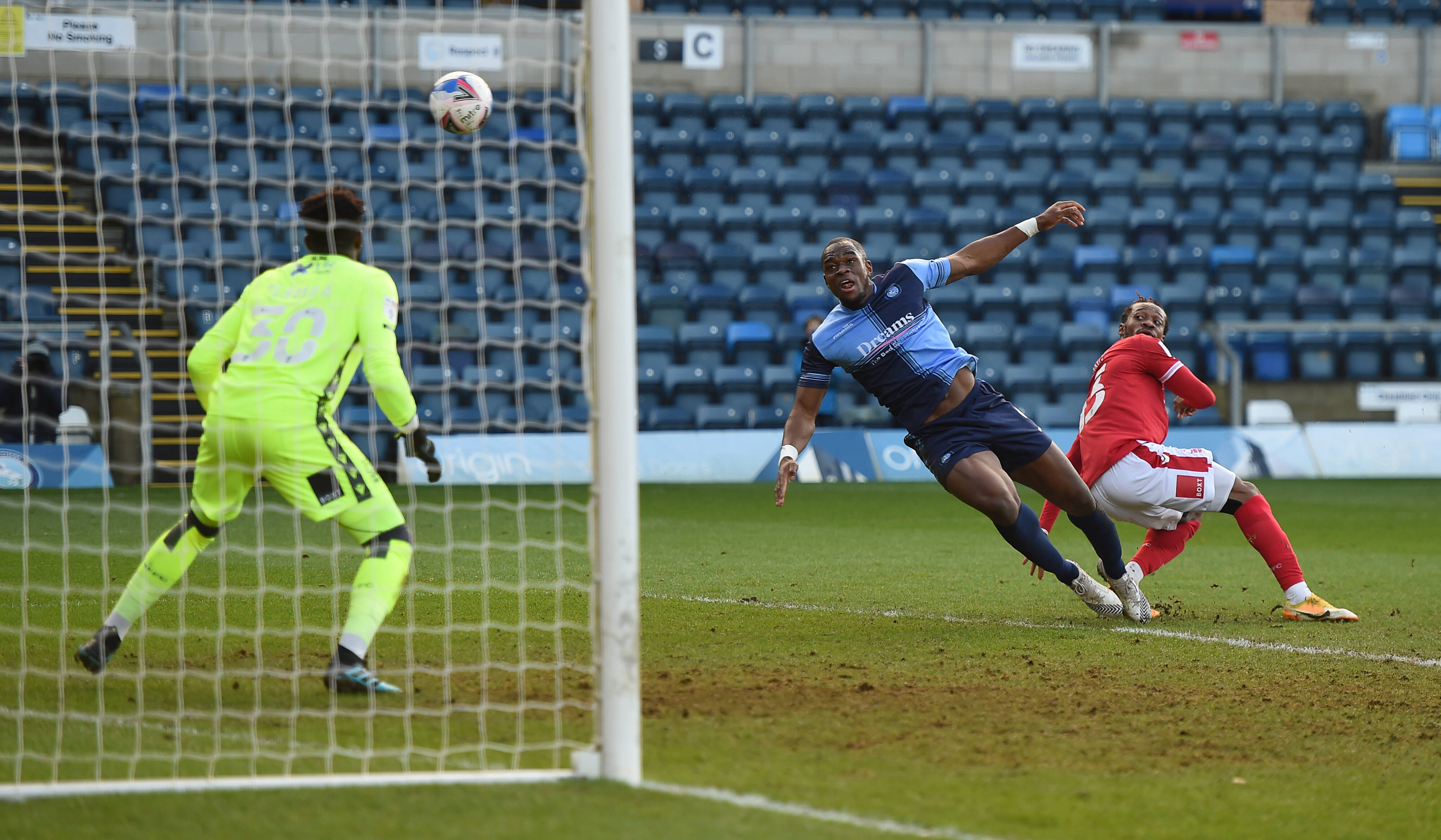 Jason Tindall's short run as Bournemouth manager ended after defeat against Sheffield Wednesday in midweek. Tindall lasted just 27 games and left the newly relegated Cherries in sixth place in the division. Us Championship fans were inevitably deluged with those unfamiliar with the division naively concluding that a team in the top six should never sack their manager. If you're reading this column, there's a high probability that you understand it's way more nuanced than that.

Upon relegation and the end of Eddie Howe's long run as Bournemouth manager, the Cherries made a play that West Brom and Norwich fans will tell you has been tried, and unsuccessful before. The basic premise is that you take somebody already at the club (insert Jason Tindall, Darren Moore, Neil Adams) , make the necessary sales and wage cuts to be financially viable, and cross your fingers that with what's left over, with a new player or two, will be good enough. In essence this is the footballing equivalent of eating last night's takeaway for lunch the next day, there's less of it, all the best flavour has diminished, but there might be enough for it to tide you over to dinner time.

The Bournemouth board cited poor recent results, and expectations not being met for Tindall's sacking. This would imply that they probably expected to be fewer than nine points away from the top two positions currently occupied by Brentford and Norwich. Whilst it's true that Jason Tindall has probably not reached the goals set for him by his employers, it does feel that those expectations, aligned with the sales of Wilson, Fraser, Ramsdale and Ake, and limited recruitment into the squad, were perhaps a little unrealistic.

Jonathan Woodgate arrived onto the staff shortly prior to Tindall being sacked, and is in temporary charge, whilst big names like Frank Lampard and John Terry are linked with the job full time. Bournemouth could still win promotion this season, but it feels like having reheated the takeaway with Tindall, they need a chef with either some new ideas, or plenty of culinary experience to blend the leftover ingredients. 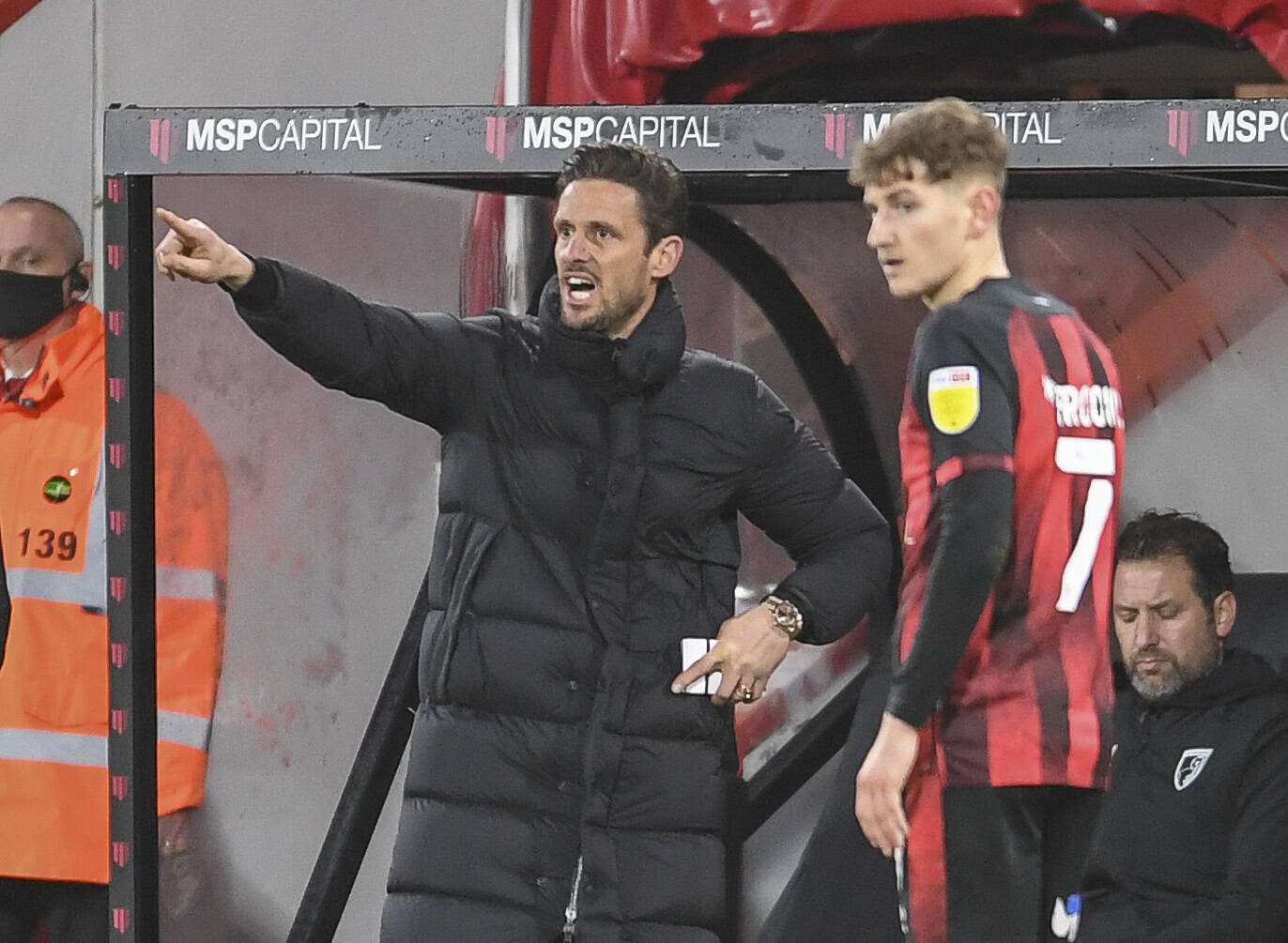