For this week's review of the Championship, Rotherham and Sheffield Wednesday keep their survival hopes alive, Luton and Leicester face a decision for Kiernan Dewsbury-Hall and Preston parted company with Alex Neil.

A few years back, whilst at Bristol City, Aden Flint was the Championship centre back everyone was talking about. A huge imposing presence at the back, and the 14 goals he scored on the way to League One promotion with The Robins, illustrating his attacking abilities too. Flint was a sought after commodity, and the big money move finally came when he joined Middlesbrough in the summer of 2018.

It should have been a marriage made in heaven, Boro were managed by the experienced Tony Pulis, and having sold star player Adama Traore, were able to put out a powerful Championship level team. It all ended up a bit 'wrong place, wrong time', for Flint and Boro that season, as they came up against Farke's Norwich, Wilder's Blades, Bielsa's Leeds, and Smith's Villa. Boro stumbled on the home straight and failed to make the playoffs.

Just a year after joining Boro, Flint moved on to Cardiff, signing for Neil Warnock who left only a couple of months later, and Flint, the once ever present Championship machine, started to find himself in and out of the team under Neil Harris. Flint's status dropped to the point that at the start of this season he was sent out on loan to Sheffield Wednesday, a team starting the season with a 12 point deduction.

As fate would have it Flint was reunited with his former boss Tony Pulis, when he took over from Garry Monk, and unsurprisingly that was that for Flint's Sheffield Wednesday run. It was back to parent club Cardiff and finally Flint found himself back out on the pitch with Mick McCarthy now in the dugout.

McCarthy went back to basics on his arrival. Flint is sitting in a back three with fellow Championship stalwart Sean Morrison, heading and kicking everything at the back, and going forward multiple times per game for long throws, corners, and free kicks. It seems so straight forward, but McCarthy is the first manager in a while getting a tune out of Flint, and on Saturday he scored the winning goal, and kept a clean sheet, in a backs to the wall win for Cardiff at fierce rivals Swansea.

Now aged 31, with the big moves behind him, Flint is finally looking back to his old self as Cardiff attempt to make a run at a playoff place in the final weeks of this season. 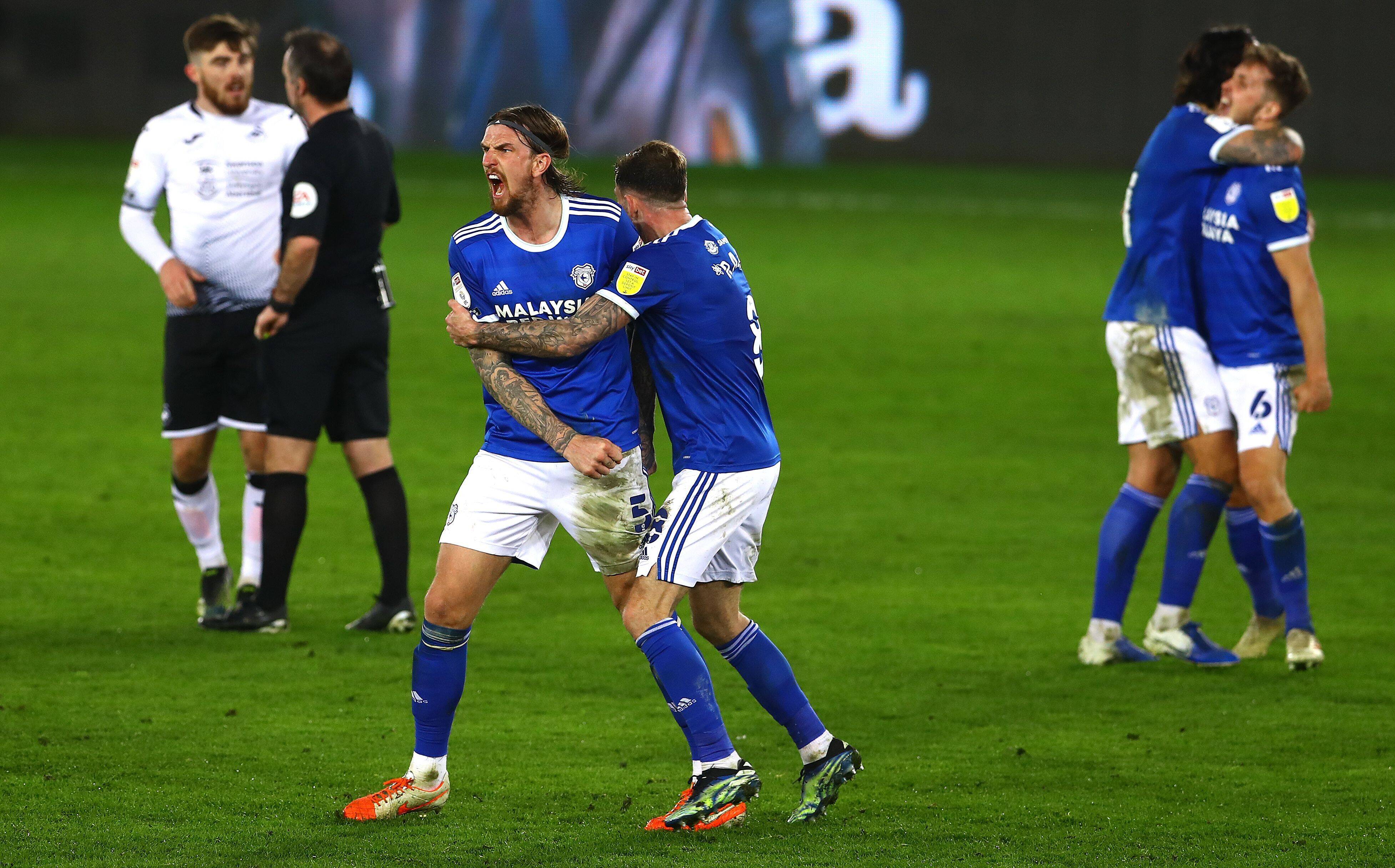 Each and every week on The Benjamin Bloom Football Channel on YouTube, I'm asked about the relegation battle, and after covering this division for a while, I return to my standard position. Unless someone in the bottom three wins some games, there is no relegation battle.

It seems like stating the obvious, but sometimes I think fans expect the ebb and flow at the top of the table to be replicated at the bottom, with the truth often far more mundane. Teams at the bottom are there for a reason, and in simple terms, they often don't get the wins or points, and movement can be very rare. This weekend in the Championship, we had not one, but two winners in the bottom three, Sheffield Wednesday kept alive their hopes by beating Barnsley, but the eye-catching result was Rotherham's win at Bristol City.

Rotherham hold the keys to the relegation battle at the moment, and their win coupled with defeat for Birmingham, means The Millers are three points off safety with four games in hand. Goals from Michael Smith and Richard Wood, exposed Bristol City's current poor home form, and taking into account the long break, Rotherham have two wins in their last three games.

If I heed my own warning, there is still a chance that nothing changes at the bottom, however the most simplistic math tells us Rotherham have scored at a rate of over a point per game this season, and on that basis would pick up around four points from their games in hand and move above Birmingham. Obviously the past very rarely accurately tells us what's going to happen in the future, and two of the remaining Rotherham games are yet to even be scheduled.

Whether we get the huge rising tide we did at the bottom last season is doubtful, but keep an eye on Rotherham, as there's certainly the potential for a crazy sprint, or stumble, to the finish line. 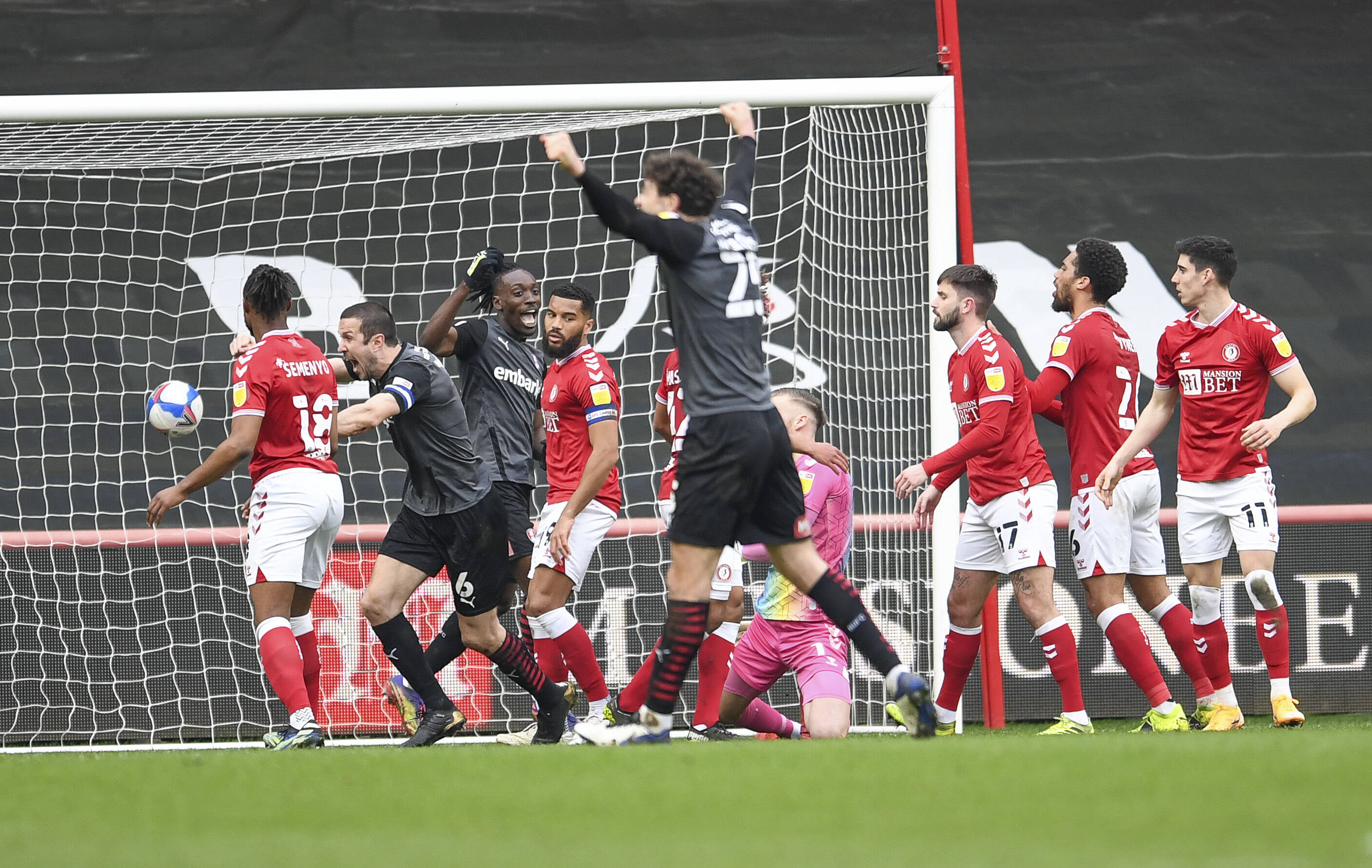 Luton triumphantly reached the 50 point mark this weekend with an away win at Preston, and can comfortably look down at the rest of the table and enjoy their run in. The Hatters have sensationally plundered 23 points away from home having scored just nine goals, do the math and you'll see how improbable this is!

At the centre of Luton's good season has been loanee midfielder Kiernan Dewsbury-Hall, who registered his 28th start of the season this weekend having joined from Leicester. To say Dewsbury-Hall is useful would be an understatement, he can sit and hold, circulate the ball, and also get forward, in a team who pride themselves on moving the ball efficiently in transition. He has a couple of goals, four assists, takes set plays, and his heat map for the season covers vast swathes of the pitch.

With Luton having stayed up last season and improved this time, the bar has been set high, and players like Dewsbury-Hall will be important in continuing the trend upwards. Regular readers of this column will be able to draw reasonable comparisons with the Oliver Skipp situation at Norwich. In short we have a player who is young and talented, not ready for his parent club, had a good loan, and will want to progress either with or without the same club next season.

The most simplistic scenario is that Luton take Dewsbury-Hall again next season, however they will know only too well that the loaning club can be ruthless at times. Earlier this season Rhys Norrington-Davies, performing well on loan at Luton from Sheffield United, was 'redirected' up to Stoke in January. The same happened with Conor Gallagher, who went mid season from Charlton up the table to Swansea during the last campaign.

Given Leicester's lofty position in the Premier League, it seems pretty certain we'll see Kiernan Dewsbury-Hall in the Championship next season, whether or not that's at Luton remains to be seen. 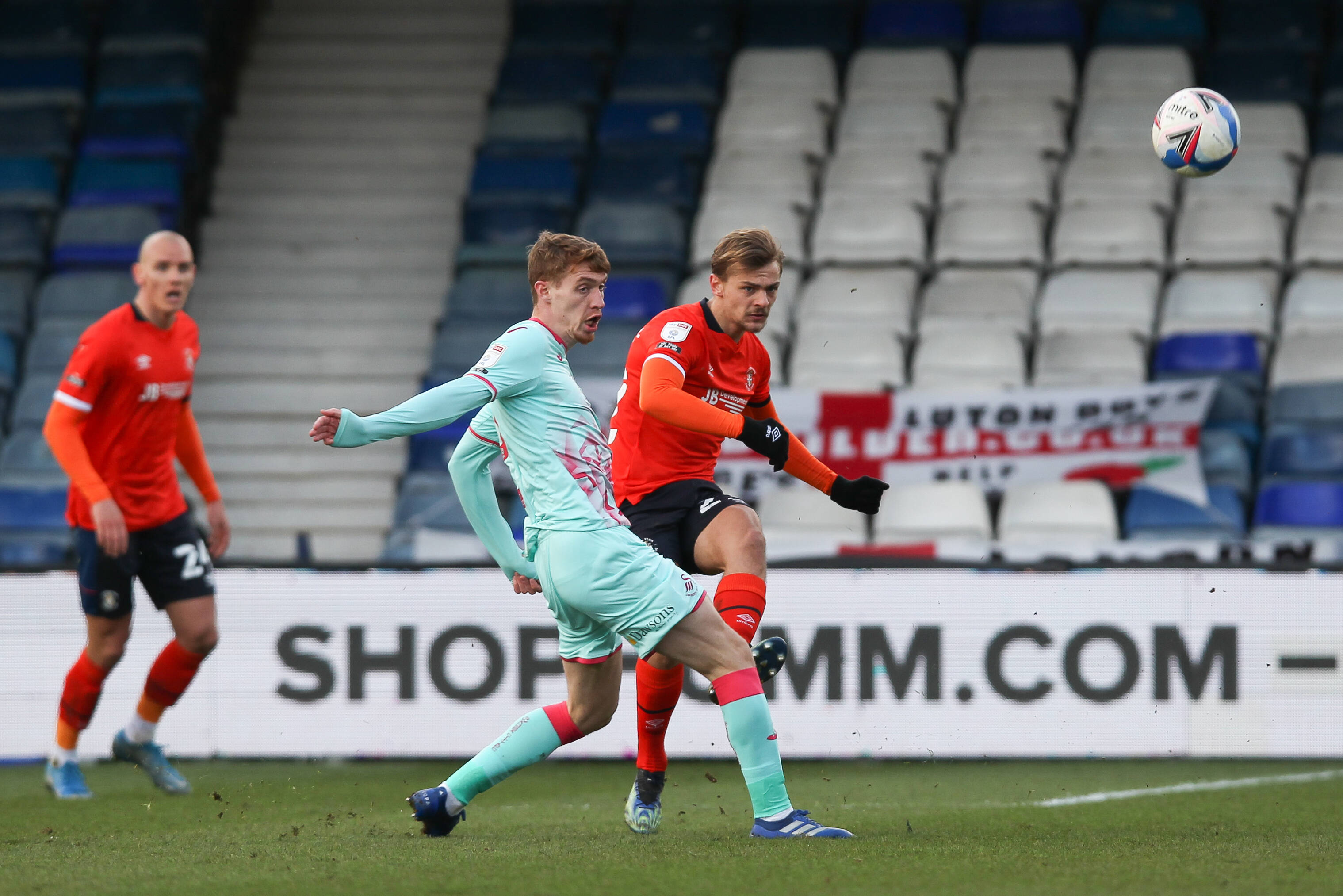 The supposed three way shootout for second place has taken a swing into Watford's favour this past few games. Hornets fans will be extremely pleased with how this weekend went as they were the only winners in the top six. Watford's win over Birmingham, coupled with the lack of winners elsewhere, opened up a six point gap between them in second, and Swansea in third.

Whether this six point gap turns out to be a decisive one remains to be seen, and you can reasonably argue it any way you like. Firstly and most simply, if Watford, Swansea and Brentford, all record a similar points per game between now and the end of the season, everyone stays where they are, even with the Hornets having played a game more than their two rivals.

Secondly, and most desirably for Watford, they continue their rampage of nine wins in ten games, and coast into second place, whilst the current Swansea, and Brentford slip continues. In this case the gap gets even bigger and Watford join Norwich in being well clear of the chasing pack.

The third scenario is the one I hear most often, and whilst having plenty of merit, would also be the most dramatic narrative for watching neutrals. Watford may need a gap to cope with a final four games that sees them play Norwich, Brentford, and then a potentially mouth watering final day showdown with Swansea. Watford fans will want it all done and dusted by then, if it is then they'll deserve a relaxing final few games, but it would make a great spectacle if the gap that exists right now turned out not to be decisive. 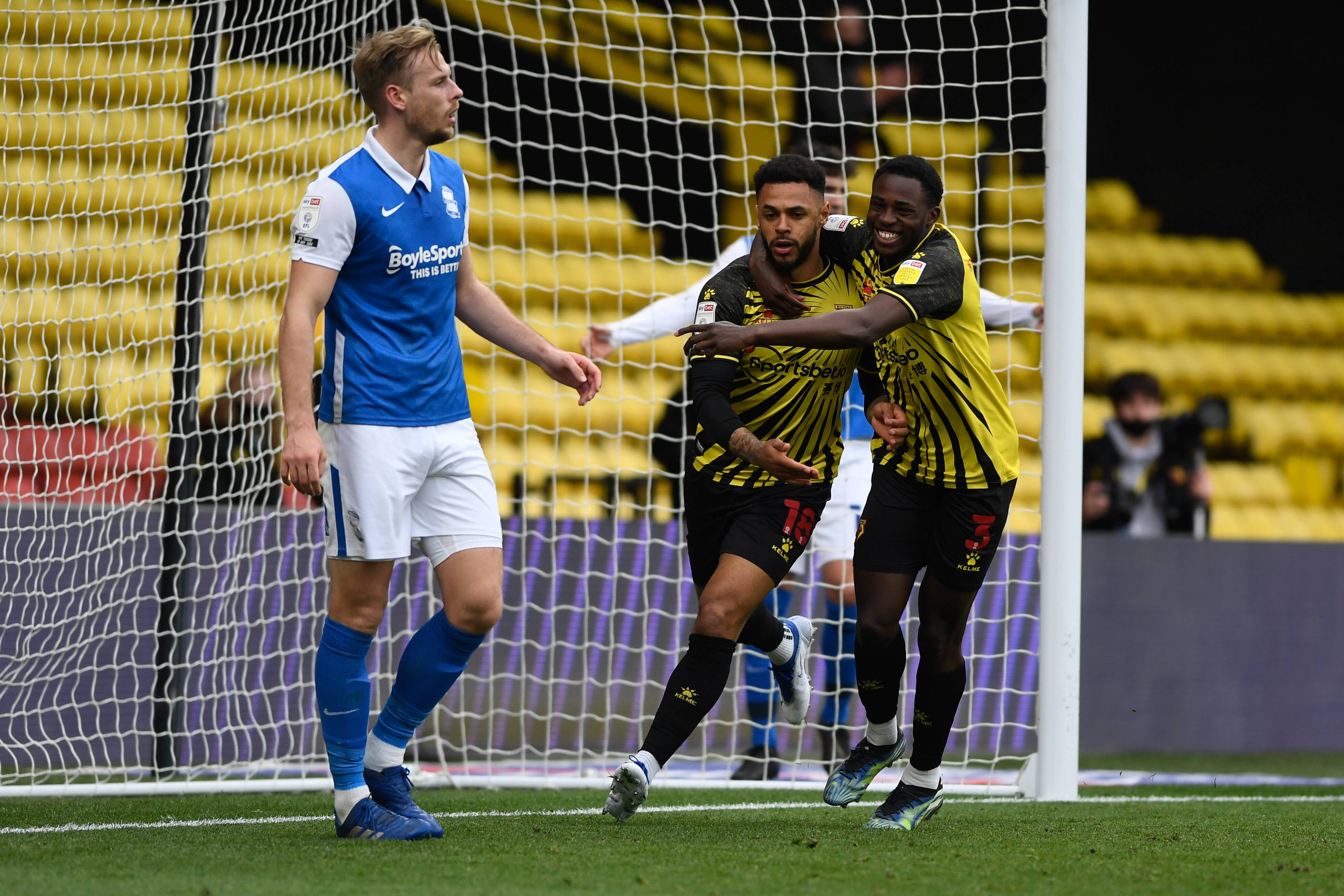 Preston boss Alex Neil, became 'former Preston boss' Alex Neil yesterday, and also the 11th Championship manager to leave their post during this season. Neil had been at Preston since the start of the 17/18 season, and was just eight games away from completing a fourth season in charge. Given the frightening regularity of Championship sackings, he had a good run.

Preston fans had been growing exasperated with their teams erratic nature this season, starting in bizarrely binary fashion with six defeats in the first seven home games, and four wins in the first five away games. Then there was the contract standoff, with Johnson, Browne, Pearson and Davies, all key players with their contracts allowed to run well into the final season. Johnson and Browne signed new deals, but Pearson and Davies left on the cheap.

The past few months have seen Neil essentially trying to build next season's team whilst this season is still active. A slew of loan signings followed the departures of Pearson and Davies, and whilst the signing of Ben Whiteman from Doncaster looks good long term business, the short term results on the pitch have not been good. Since the turn of the year only Huddersfield have scored fewer points than Preston, who by most historical metrics, have been in relegation form for a while.

So out goes Neil, who has three big ticks in the box if he finds himself in a Championship job interview in the near future. Firstly he's young, in managerial terms a baby, and doesn't turn 40 for another few months. Secondly, he's experienced, between his Preston and Norwich work, he's done five seasons in Championship football, and owners love experience. Thirdly, he has that wonderful commodity of a Championship promotion on his CV, back in 2014/15 with Norwich, owners love that too.

Good luck to Alex Neil and Preston as they go their separate ways, I'm sure they'll meet again soon enough, the Championship has its ways. 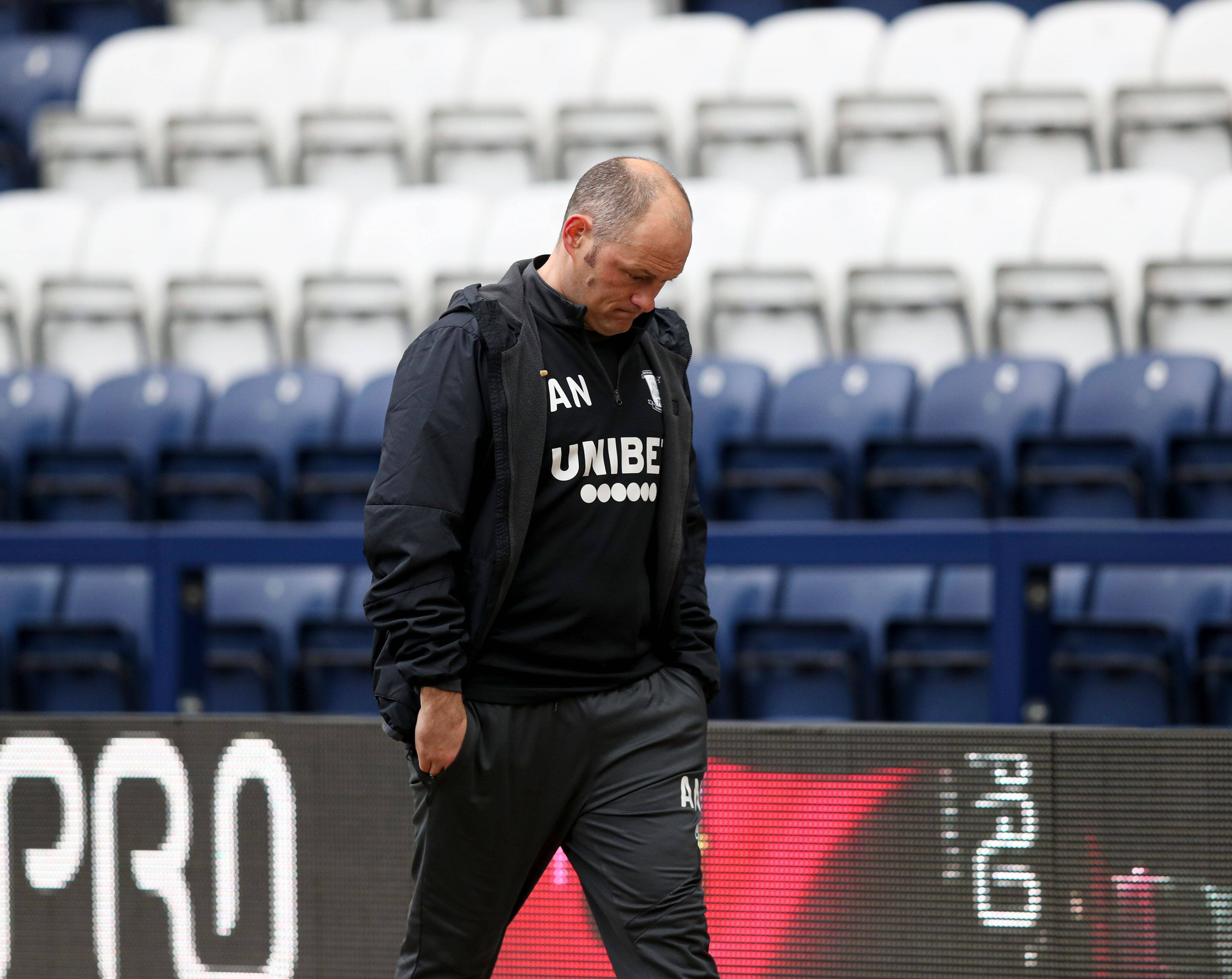