For this week's review of the Championship, Watford join Norwich City by winning promotion, Bolasie winds back the years and Rotherham fans are right to rage.

It's been a season of relative underachievement for Blackburn, who for all their attacking flair find themselves in 15th position as we enter the final two rounds. At their best they've attacked well and no side outside the top eight has scored more, at their worst they've not quite been able to turn possession into points and been picked off by the division's better teams. When Rovers do click, they use possession well, and are able to transition quickly and exploit the sheer speed of their top scorer Adam Armstrong.

Armstrong scored a hat trick this weekend against Huddersfield and took his total to 24 league goals for the season. It was a poachers header in the first half, and two smart finishes in the second, with Armstrong also grabbing an assist for Sam Gallagher's goal. It was a second hat trick of the season for the former Newcastle striker, and given the skewed wealth distribution system in the Championship, Blackburn may need to sell in the summer.

I struggle to quite frame Armstrong in terms of what he could possibly go on to do in his career, and despite the excellent 24 goal total, other numbers are a little confusing. Armstrong has the most shots per game of any player in the league by a fair distance, does this reflect poorly on his finishing, or is it a systematic problem with his team? Prior to this hat trick the speedy forward had scored seven times in his previous 23 appearances, meaning 17 goals had been achieved in his other 15 appearances. On the one hand the potential is massive, on the other hand why the huge disparity, and can we blame his team? And finally, Armstrong has scored eight in three games against Wycombe and Coventry, both playing with ten men, and a very open Huddersfield side who shipped seven at Norwich recently. Indeed, his only goal against the current top five sides came on opening day at Bournemouth, or is that yet another reflection on his team?

It seems Armstrong does have the potential to be a real goal machine. I'm not sure where or when, or whether it will be Blackburn harnessing that full potential or somebody else. Needless to say 24 goals and counting with a few questions is a pretty decent start. 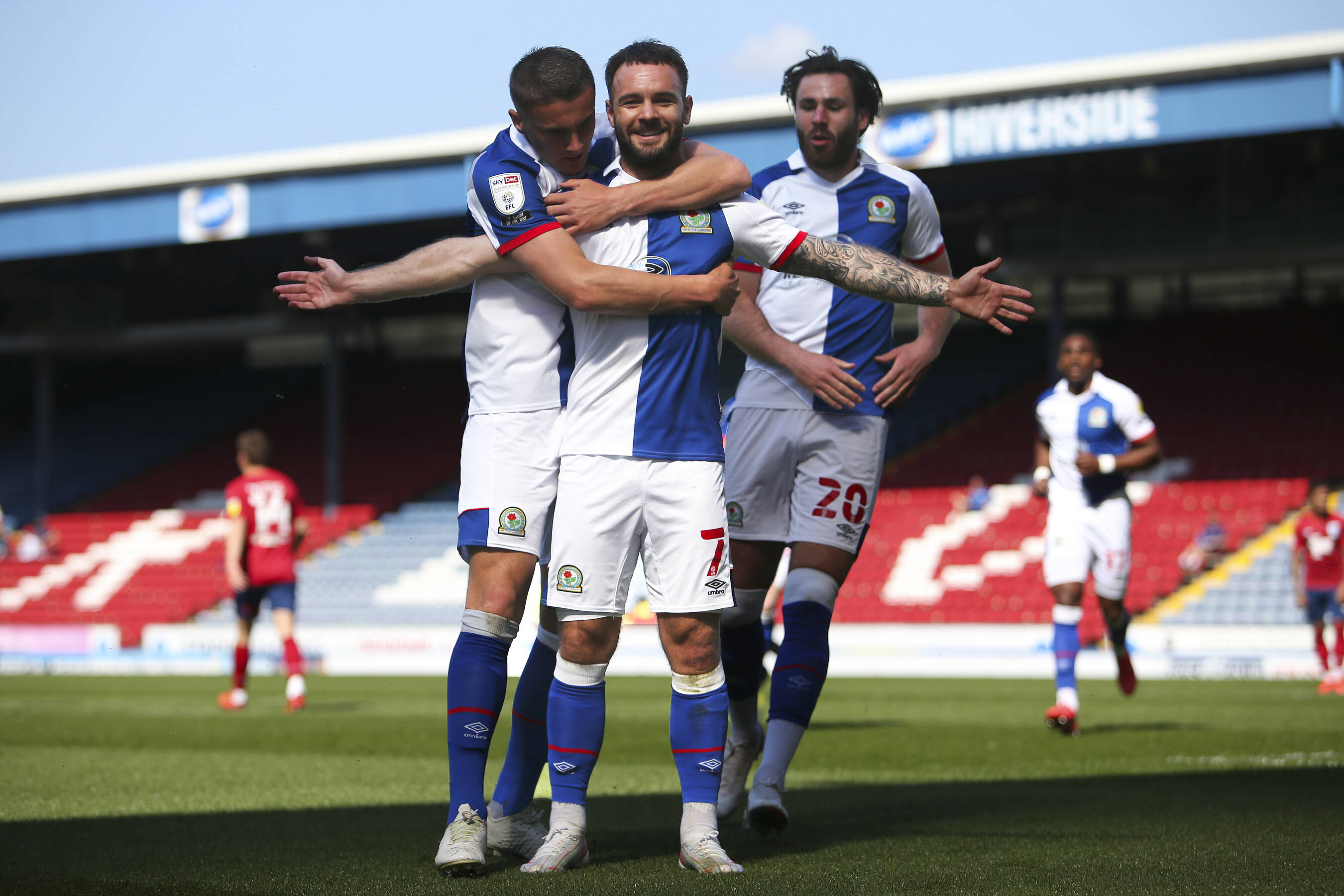 Despite cliches about lightning and it's inability to strike twice, Luton Town completed their second comeback victory of the season from two nil down with a 3-2 win at Bristol City yesterday. Back in round 33 the Hatters also came from two down to shock Sheffield Wednesday. As coincidence would have it, Luton's brilliant round 33 comeback missed out on my 'Team Performance Of The Week' to this weekend's victims Bristol City, who won impressively at Swansea that day. How's that for some lovely narrative circularity?

I'll go on to credit Luton but not before getting in the most important caveat, Bristol City are in dreadful form, particularly at Ashton Gate, where it's now nine defeats in the past ten home league games. The Robins would have been forgiven for thinking their horrible home sequence was ending as goals from Wells and Nagy put them two up at half time. Wells drilled home after good work from Nagy who then added the second himself from a tight angle.

And then came the second half fightback, or collapse, depending on the two very binary angles you choose to view this turnaround from. Substitute James Collins headed home Luton's first, with Adebayo expertly angling in the second off the post, with both goals set up crosses from Dewsbury-Hall. Cornick swiveled to put in the winner on 74, meaning Luton had gone from 2-0 down to 2-3 up in the space of just 15 minutes.

I think I've exhausted all the stats on Luton's lethal away form this season, and their ultra stingy goals to points ratio has been softened by hitting three in this game and at Wycombe. The best I can do is to say that Sheffield Wednesday, who have the fewest away points in the entire division, have the same amount of away goals as Luton, and less than half the away points. However you slice it, Luton need praise for a great season, and with a game in hand on all their rivals could yet crack the top ten. 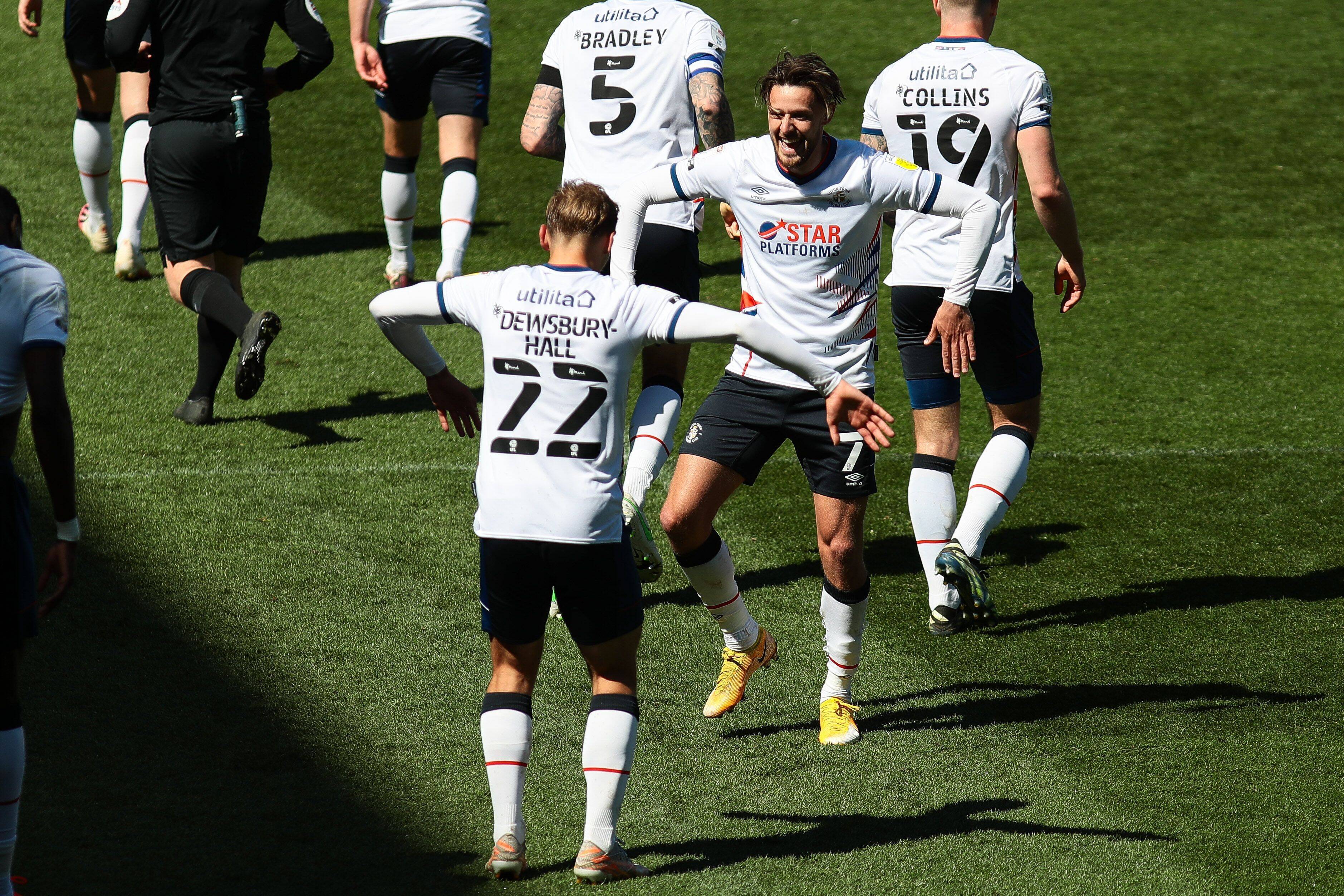 It's a bit of a sad tale that has seen Yannick Bolasie become a Championship player. Bolasie hit the headlines at Crystal Palace, where he and fellow wideman Wilfred Zaha terrorised full backs, and anyone else who tried to stop them in their tracks. The two Palace stars both left, Zaha went to Manchester United but ultimately ended up back at Palace on loan, and now permanently, where he continues to be a standout player. Bolasie went off to Everton for £25m in 2016, but then missed a year through injury, and after playing less than 30 games for the Merseysiders was deemed surplus to requirements and available for loan.

The Championship beckoned for Bolasie at Aston Villa, he was brought in by Steve Bruce who shortly left, and after Dean Smith's arrival it was Bolasie himself who exercised an option in the loan deal to return to Everton. The winger played further first team football on loan at Anderlecht and Sporting before a return to the Championship in the January window on loan at Neil Warnock's Middlesbrough.

It would seem a perfect match, a dynamic flair player looking to rekindle his career after injury problems, teaming up with Warnock, a man manager with a great reputation for indulging and getting the best out of this type of player. It looks like Warnock is starting to get a bit of a tune out of Bolasie, who now has three goals and three assists in 10 starts for the Teesiders. This weekend against Bolasie drilled home the Boro opener, and headed down for Duncan Watmore to poach the final goal in a 3-1 victory.

Neil Warnock is already dropping hints about keeping Bolasie beyond this loan spell, the expensive Everton contract expires in June and Bolaise will be a free agent. Boro will be at the head of the queue, but that's not to say that others, including Premier League clubs, wouldn't dangle an incentive weighted contract in return for a last shot at the big time. Like many of our loanee of the week winners, the summer will be a busy and interesting time. 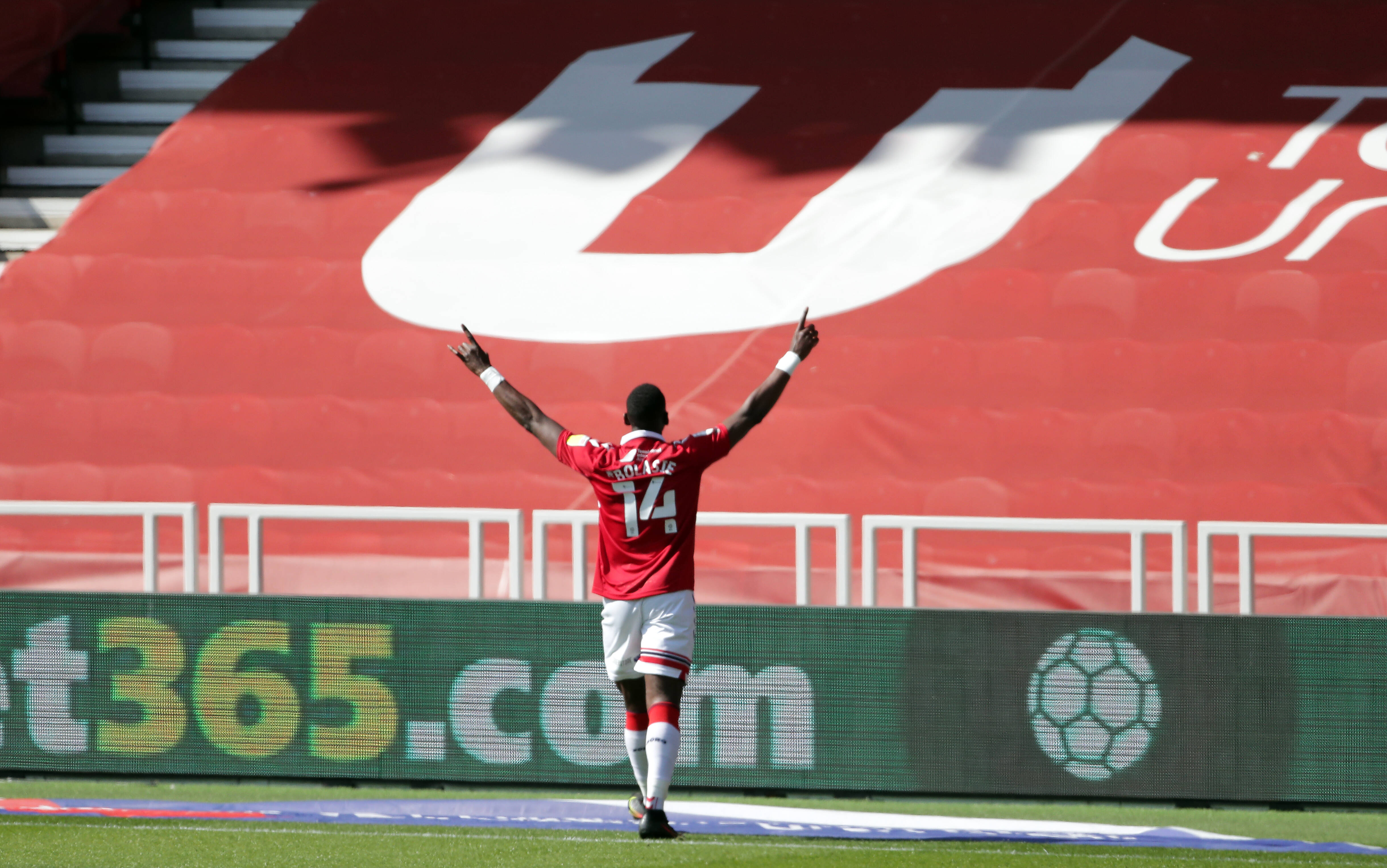 Congratulations to any Watford fans reading, as the Hornets confirmed their promotion with a win over Millwall this weekend. The pressure was on after Brentford beat Bournemouth in the early kick off, and things could've got really interesting had Millwall won this one. Brentford play a game in hand in midweek and then a home game against, you guessed it, Watford at the weekend.

Despite all the permutations that could've given us a huge top of the table promotion head to head next weekend, Watford went ahead and got the job done with an Ismaila Sarr penalty the goal that secured promotion. The Hornets have been imperious at home, and their points tally of 56 at Vicarage Road has been the foundation of this promotion, alongside Xisco Munoz arrival in December, and the switch to 4-3-3 in February.

We know the landscape in the Championship can be very uneven, and this past week in football has hopefully got things pointing to reforms that will ensure a more equal distribution of wealth down the pyramid. I try not to, but often get involved in debates on social media about FFP, parachute payments, and inequalities, and try not to get too enraged when presented with the 'then why doesn't every relegated team get promoted then' response. The truth is that a relegated team like Watford will come down with a lot of assets, but also a lot of liabilities, a clearout is often needed and the difficult part is cutting losses, keeping quality, and maintaining stability all at once. Yes the landscape is very unequal, but Watford should be praised for managing the relegation balancing act, and for those bemoaning 'Yo-yo' clubs I'd suggest it's a case of 'Don't hate the player, hate the game'. 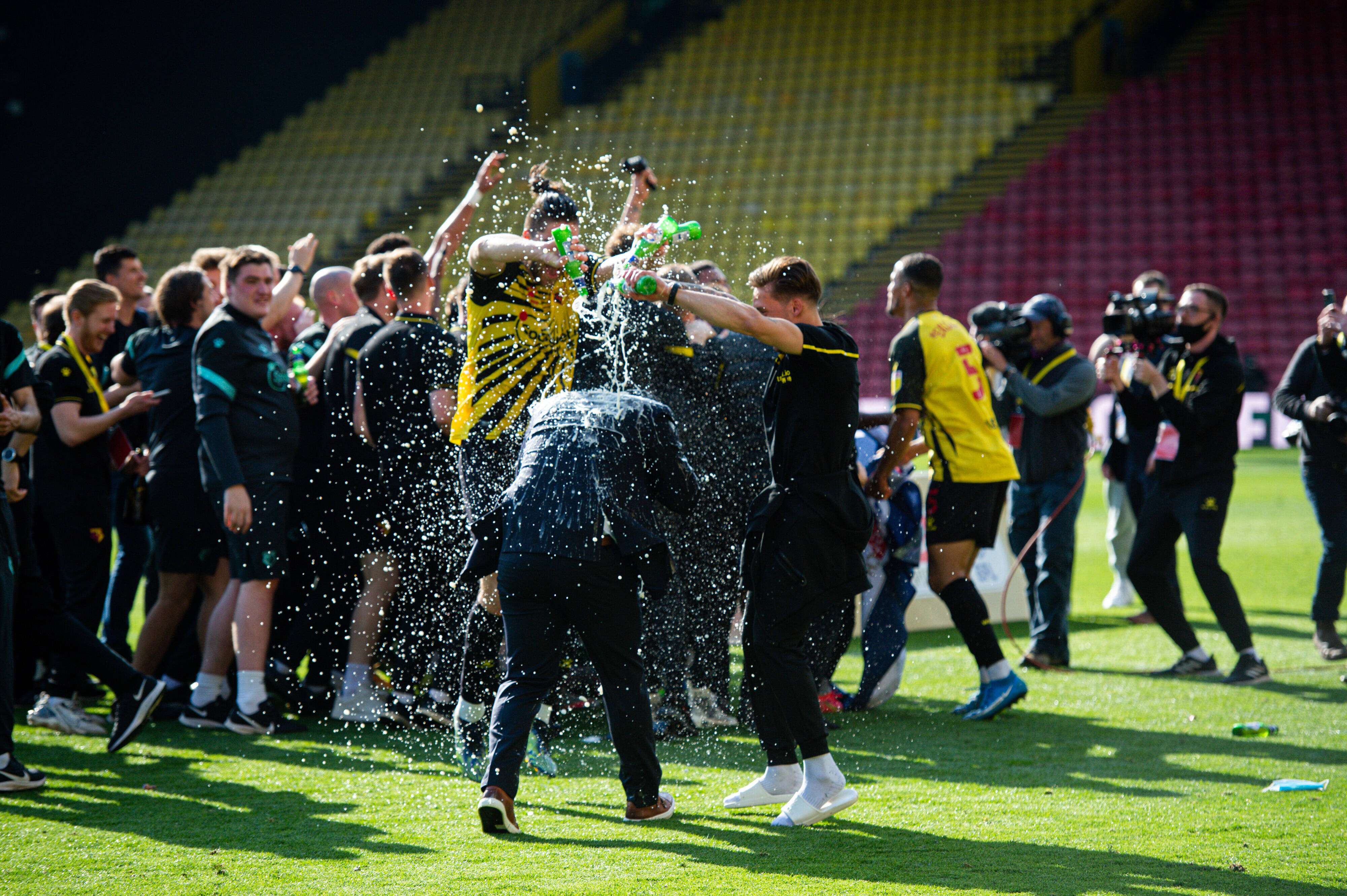 I'm not one for conspiracy theories or moral outrage and I like to believe that even though it sometimes seems to the contrary, there's a vague attempt to treat all clubs fairly. However, this past week I'm sure Rotherham fans have been scratching their heads about a couple of decisions given against their team as they remain unable to get out of the bottom three.

The first decision I must confess I didn't have too much of a problem with when Millers attacking midfielder Matt Crooks crashed into Grant Hall in an aerial challenge for a straight red against Boro. I was live on YouTube at the time and commenters called it a 'clash of heads', I'm not so sure, and when we factor in the language in the laws referencing 'excessive force' and 'endangering an opponent' you can argue in support of the official.

The problem is that having been punished for an aerial challenge, one then went against Rotherham against Barnsley, and this one looked a little more dubious to me. Just two minutes in, a corner went loose up in the air and Barnsley's Carlton Morris, jumped in with Rotherham keeper Viktor Johansen and appeared to get a bit of help from a leading arm winning the challenge and bundling home.

Gone are the days of Nat Lofthouse, Joe Jordan, Tony Cascarino, even lately Alan Shearer, getting physical with goalkeepers, and I can only think the referee must've not seen it properly. Unfortunately for Rotherham they're in a position where they need a bit of good luck to get over the line in games, and perhaps they had a bit of the opposite on Saturday. 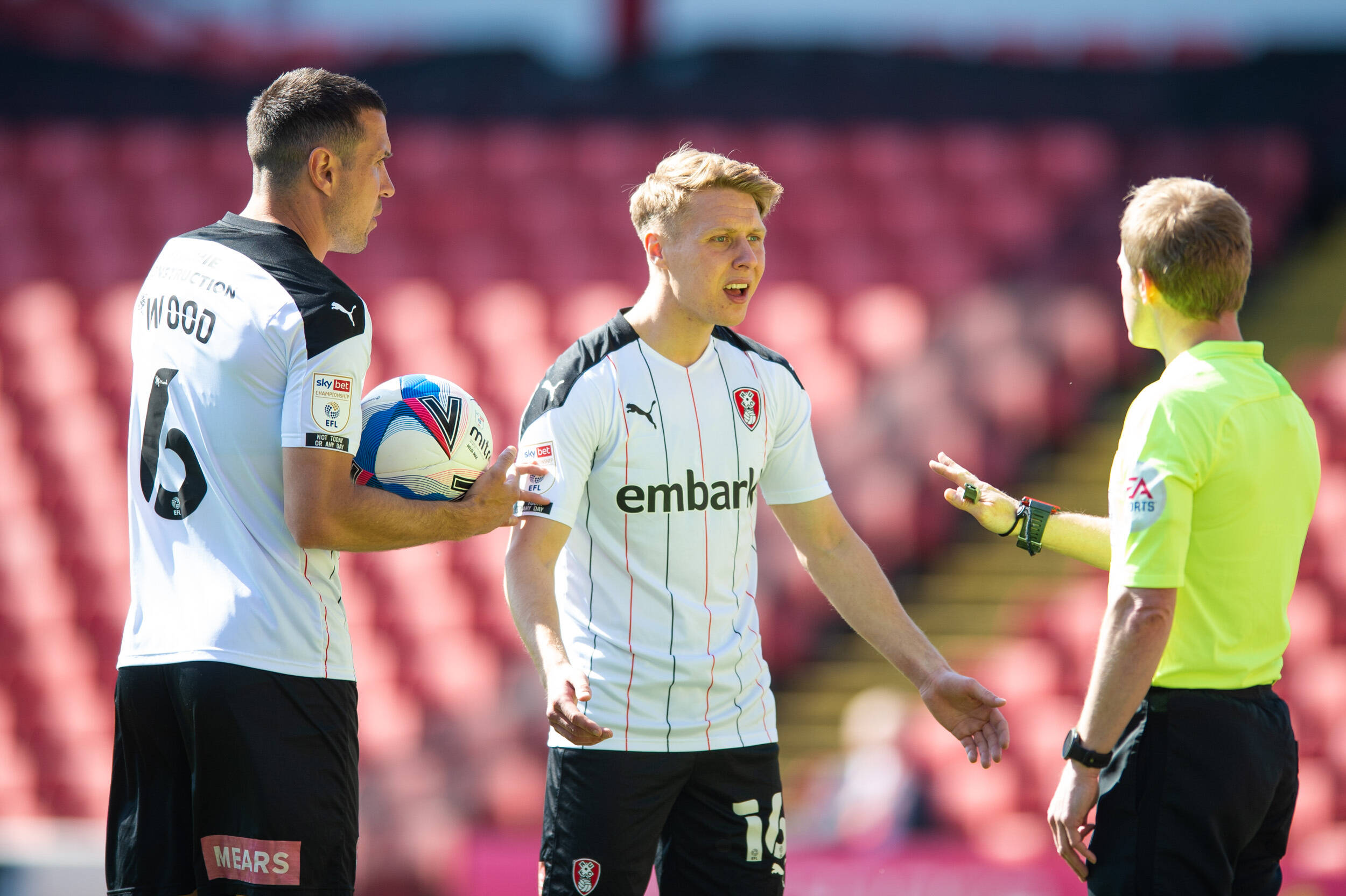