A hat-trick from Sorba Thomas saw Huddersfield Town catapult themselves into fourth position, Sheffield United's woes continue despite the acquisition of Ben Davies and Jonny Howson delivered a wonderstrike for Middlesbrough in the latest round of the Championship...

Earlier this week during a quick perusal of the chance creation stats for Championship players, Huddersfield wing-back Sorba Thomas flashed up on my radar. Thomas currently sits second in the Championship's key passing statistics and has clearly had a brilliant start to the season. Huddersfield had attacked well from the full-back areas last season via Pipa and Harry Tofollo, and that trend has continued through Thomas so far this time around.

With my nerdy research causing my radar to bleep, Thomas put everyone on alert with possibly the best performance of his already excellent season. Simply put, Huddersfield and their flying wideman destroyed Reading this weekend in a 4-0 victory. Thomas added another two assists and a goal with a stand out performance showcasing dribbling, set plays and the mythical 'end product' that fans obsess about players not having.

Championship clubs are forever trying to find a gem where nobody else is looking, we've seen Norwich go German, Brentford Scandinavian, and Barnsley to Austria. Perhaps one of this season's most valuable gems will have emanated from Boreham Wood in the National League where Huddersfield picked up Thomas from in January. I'm off to look at some more boring stats. 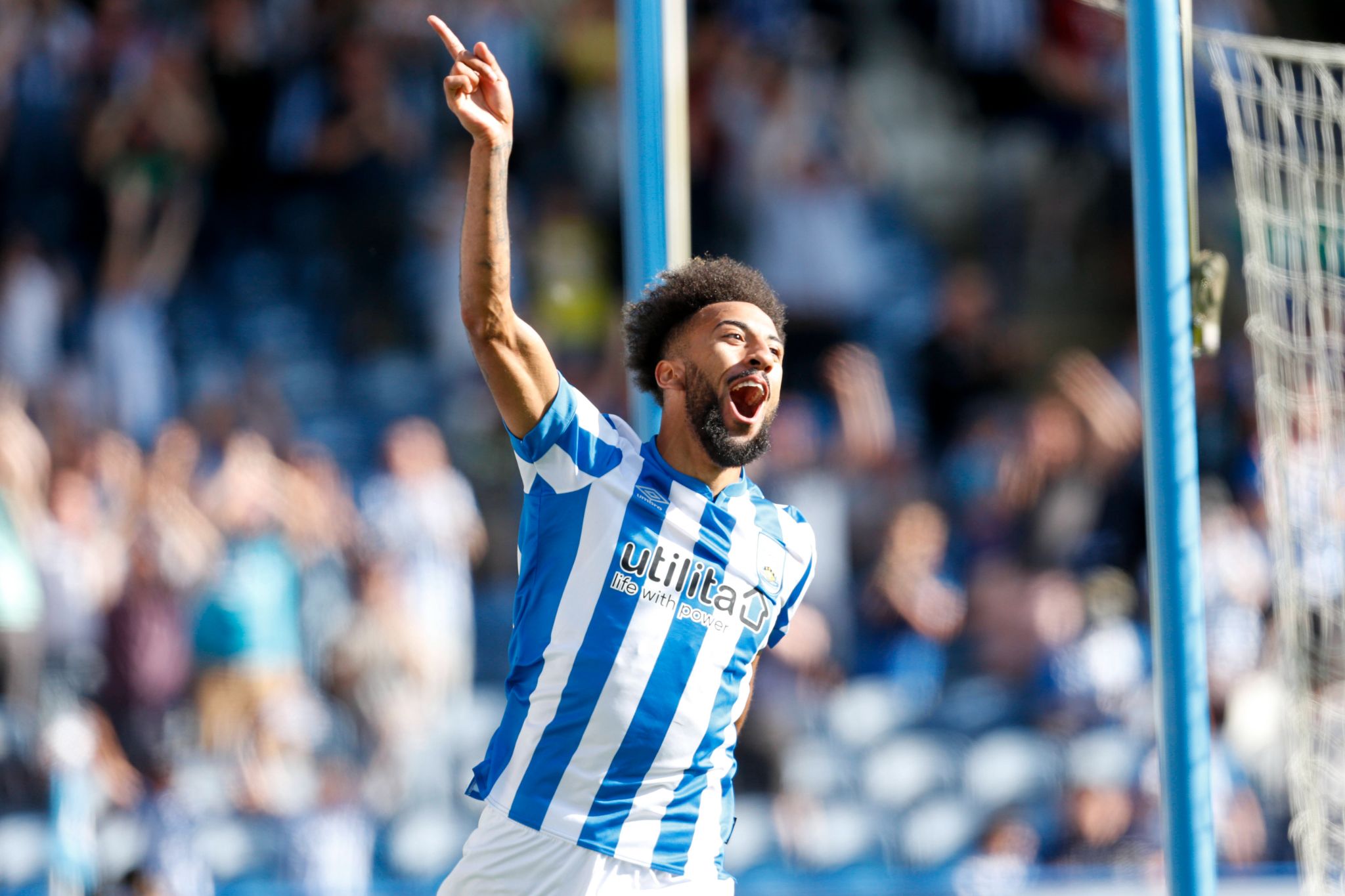 Over on The Benjamin Bloom Football Channel on YouTube, I'm lucky enough to tap into a focus group on an almost daily basis. Ahead of each round of matches I get a great amount of feedback as to how subscribers think games are going to pan out, giving me a nice feel of the prevailing mood amongst Championship fans.

In this past week's stream the subject of Cardiff City vs Bristol City came up and the populist view was quite unanimous. Cardiff were undefeated, playing at home, and had been putting up freakish numbers for headed goals and balls into the box. Bristol City had a solitary victory at Reading, and I'll admit I agreed with the hypothesis that they would struggle to stand up to Mick McCarthy and a potential aerial bombardment.

Contrary to mine and my subscribers' expectations, Nigel Pearson and Bristol City came out of the 'Severnside Derby' with a fantastic 1-2 away victory. The Robins took the lead through Andi Weimann, who was too quick for Aden Flint, before Cardiff equalised with a particularly daft own goal off the back of Dan Bentley's head. Weimann got the winner as he beautifully sized up a hanging right wing cross from Antoine Semenyo and lasered a volley in on the near post. They'll hope to continue proving me and the doubters wrong. 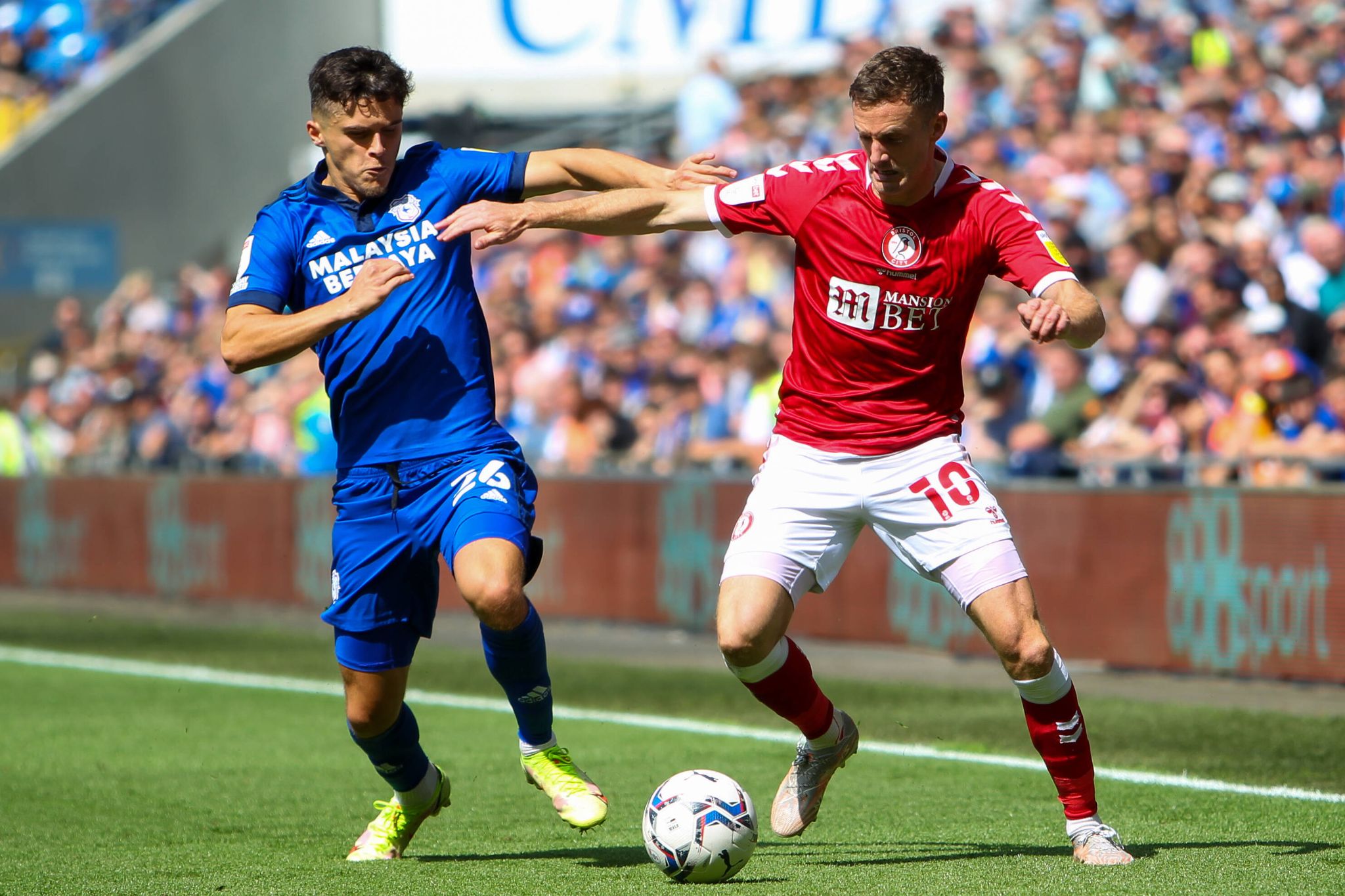 It was a good round for eye-catching Championship goals. Jed Wallace banged in a free kick for Millwall, Callum Styles of Barnsley and Sam Gallagher of Blackburn hit flying long rangers, and we've already mentioned the excellent Andi Weimann volley for Bristol City. By way of tribute to a Championship stalwart, and acknowledgement of a bit more of a unique strike, I've gone for Jonny Howson's goal for Middlesbrough in their 1-1 draw against Blackburn.

Howson is now in his tenth Championship season, he started in the division with Leeds, won promotion from the second tier with Norwich, and is now a wise old head at Middlesbrough. Perhaps the 'box to box' days are behind Howson, who last hit double figures in a Championship season with Leeds over a decade ago, rolled back the years with this one.

Anfernee Dijksteel's angled through-ball from right back had opened up the entire Blackburn defence and Howson found himself clear on goal with Blackburn keeper Thomas Kaminski quickly closing him down. With the angle sufficiently narrowed by Kaminski, and Howson not blessed with the pace to engage further, the chip shot was the best bet. From just outside the box Howson's chip caught out the advancing keeper, and floated over in off the right hand post. A beautifully unique goal, by a Championship stalwart. 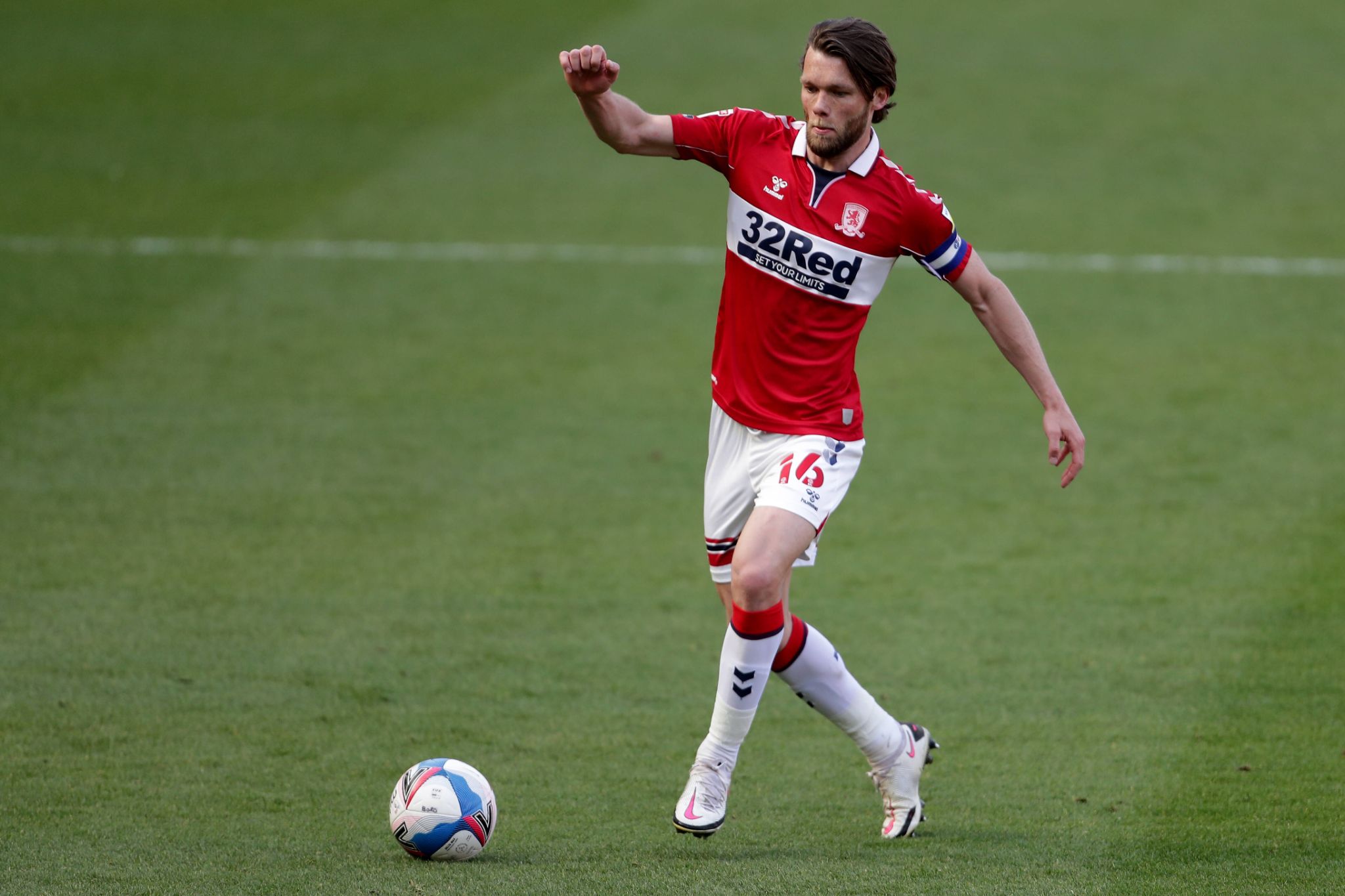 Valerian Ismael has been box office since joining the Championship, his Barnsley side were brave and direct, with insane levels of pressing taking them all the way to an unlikely play-off semi-final. This season at West Brom looks like more of the same for Ismael, but with the added funding of those juicy parachute payments, results so far are hinting at a sort of Barnsley platinum edition.

Ismael has won many admirers in the stands, not just his own club's fans, but his touchline manner often doesn't go over well with his opposite number. Ismael seems to try and set the tone for the crazy levels of energy he wants from his players with a level of technical box intensity that is seldom witnessed. In short, Ismael leaves it all out there, and will often get into scrapes with his adversaries.

With Saturday night's game down at Peterborough deep into stoppage time, Semi Ajayi's late winner was met with the sight of Ismael sprinting down the touchline in scenes reminiscent of a 'special one' winning at Old Trafford with Porto all those years ago. The response is inevitably binary, if it's your side celebrating you love the manager's passion, if you're the opponent, hosting and losing the game, it grates just a little.

A manager is expected to behave with a little extra decorum than his players, and isn't supposed to leave his technical area. Whether you agree or disagree with those standards is down to personal taste I guess, but in the aftermath of the winning goal and the full-time whistle, Posh manager Darren Ferguson was less than happy. Cross words rather than handshakes were exchanged, and my guess is you're more likely to see a repeat confrontation than a calming of Ismael's touchline antics. 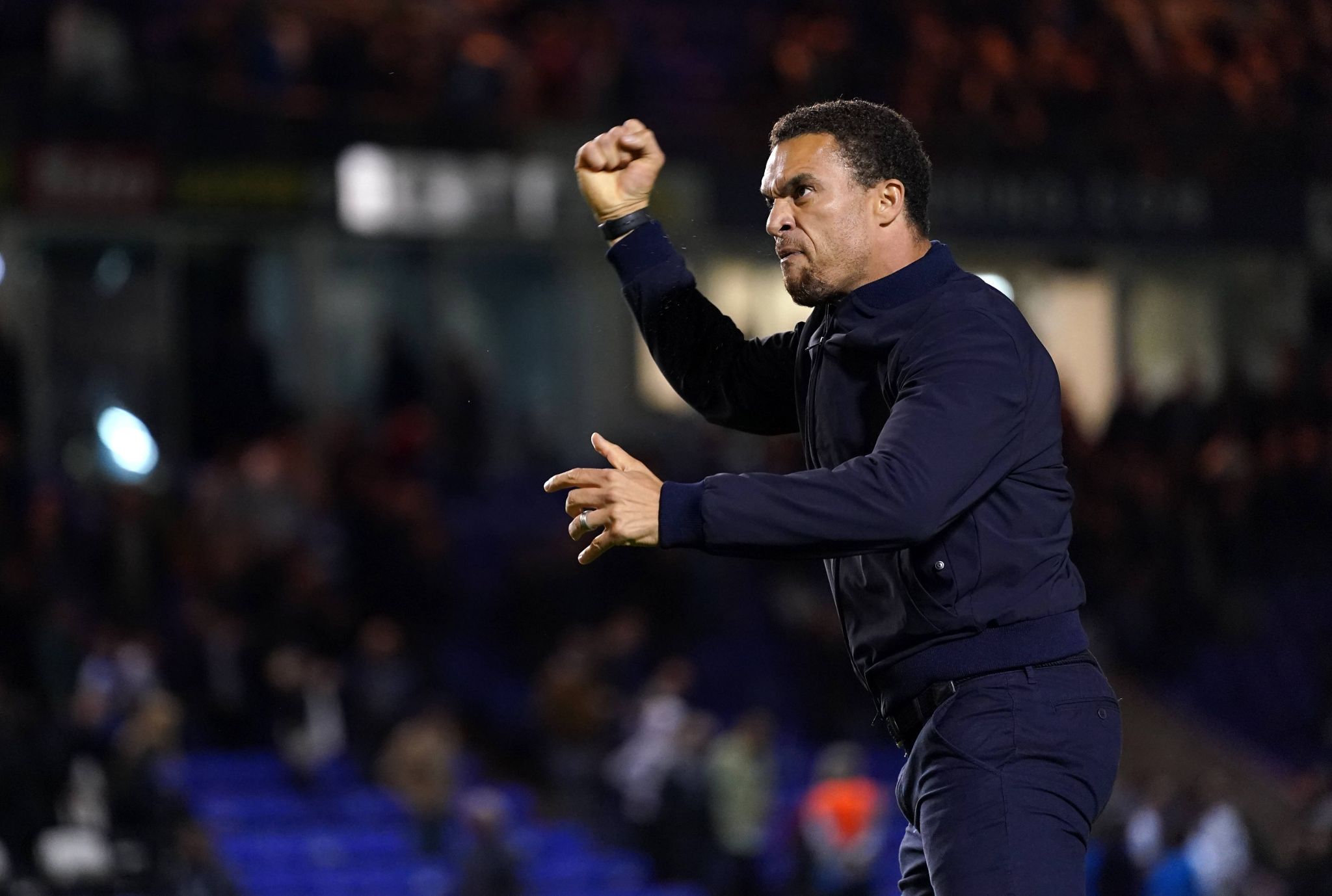 Let's try and do the impossible and talk about a grain of positivity at Sheffield United. Blades fans have quite reasonably grown fed up throughout a dismal relegation from the Premier League, in the process parting company with much beloved manager Chris Wilder. This season was supposed to be the big reset, twice promoted Championship manager Slavisa Jokanovic has come in, but Sheffield United's August form has been poor enough to leave them in the relegation zone with no wins.

Recruitment has been a big issue, and even the biggest Wilder loyalists would admit that the Premier League money hadn't been well spent. The problem during this window has been a lack of activity, Aaron Ramsdale has gone out for big money to Arsenal, Max Lowe was recently loaned to Nottingham Forest, whilst high value asset Sander Berge is still at Bramall Lane.

So far the only incoming player is Ben Davies, who was sold by Preston to Liverpool during their centre-back injury crisis last season. The crisis is over at Liverpool and Davies has been loaned down to Sheffield United, so far making two starts for the Blades. United claimed a point and a clean sheet this weekend at Luton with Davies leading the stats in tackles and interceptions for the away side. It's baby steps for Sheffield United but loanee Ben Davies represents a positive new face in a club that quickly needs to find it's identity again. 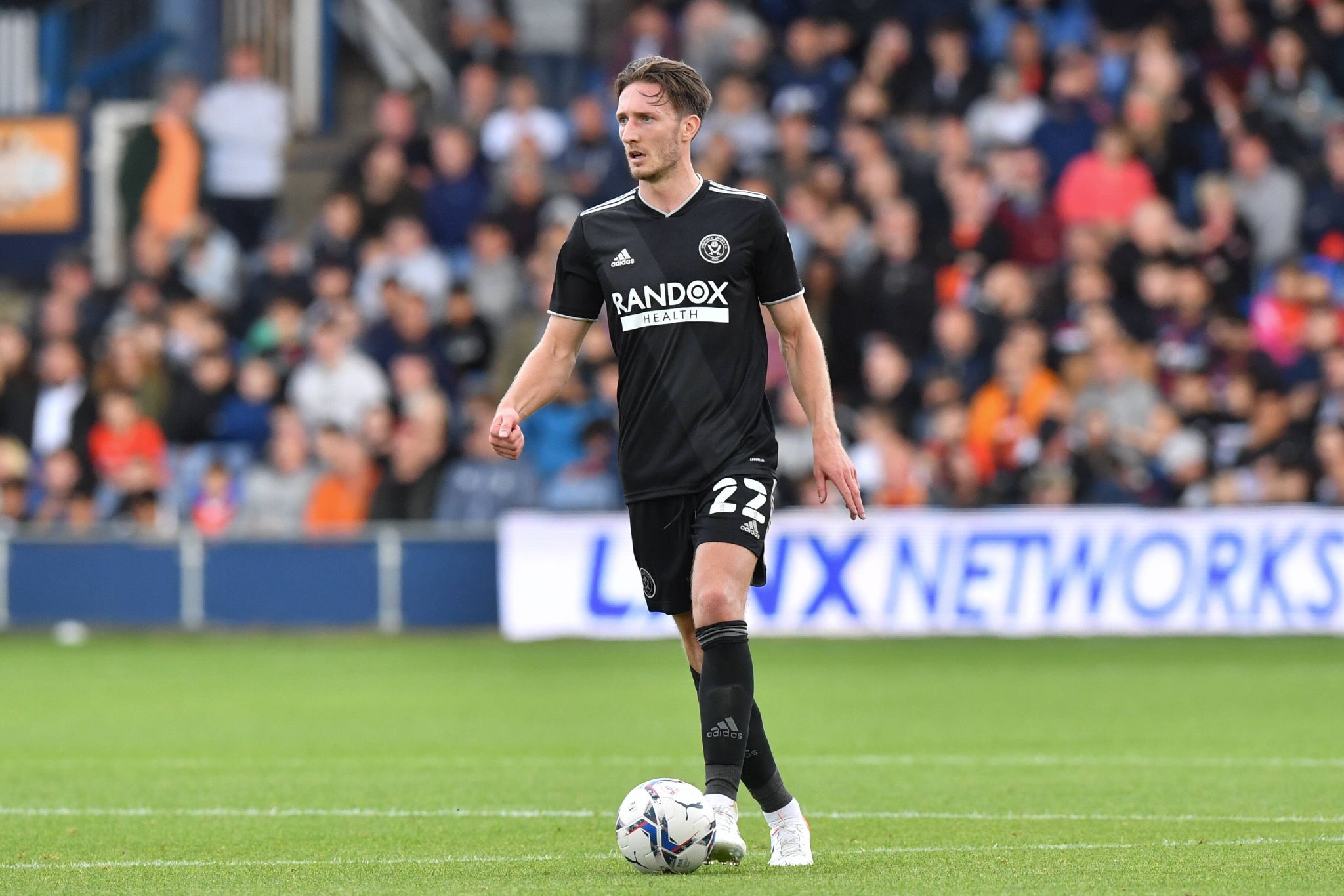