Huddersfield Town maintained their momentum at Fulham, John Swift continues to prove his class with Reading and both the Royals and Peterborough United sacked their managers in the latest round of the Championship...

The Huddersfield train keeps on rolling towards the play-offs and perhaps this latest win at Fulham could be a key one. It's just another three points we all understand, but the nature of the performance and the identity of the defeated team adds another layer of context. The Terriers are now 15 games undefeated in all competitions and this type of win can certainly help convert non-believers towards believing in a genuine promotion push this season.

The non-believers are not being unreasonable by the way. Huddersfield were relegated in abject fashion with the third lowest ever Premier League points total three seasons ago and have had very real relegation scrapes during their first two seasons back in the Championship. This Huddersfield team seem to have developed completely different characteristics to the one leaking goals left and right last season that stumbled through the second half of the campaign with just enough points already banked to be safe.

This year's version is tough to beat, strong on set plays, full of character and were excellent in winning at leaders Fulham this past weekend. Danny Ward was the fox in the box for the first goal and although there was a little controversy about the penalty award for their second, Duane Holmes dispatched the spot kick just before half time. It was 'backs to the wall' stuff in the second half with Bobby Reid's late goal making things a little more tense, but Huddersfield held out for a fine away win. The train keeps rolling, where will it stop? 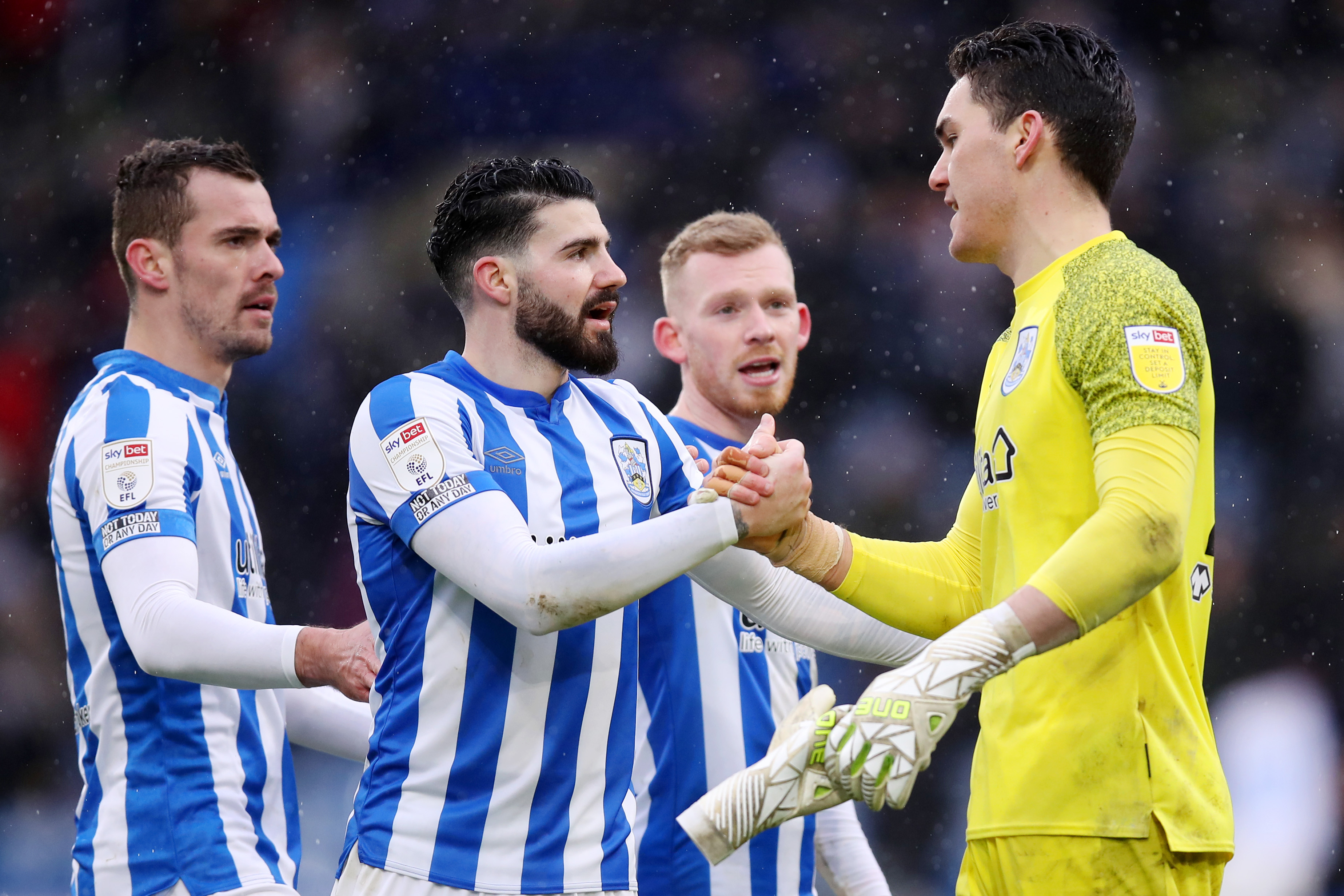 The 'ten goals plus ten assists club' in the Championship is quite a tricky one to get into. Last season's Championship top scorer Ivan Toney of Brentford managed it along with Norwich's Emi Buendia the Championship player of the year. It was even more rarified air the previous season with only Jed Wallace of Millwall managing to both score and assist ten Championship goals throughout the campaign.

John Swift got the job done this weekend with a goal and an assist in Reading's slightly surprising 3-2 win up at Preston. To be fair to Swift it was the goal he needed rather than the assist, he'd already racked up 11 of those, but nine goals turned to ten after a tremendous give and go with Lucas Joao. Despite my excitement about it, the fact that those two key attacking players have started combining and may do so throughout the rest of the season will surely be far more important than my arbitrary numerical milestones.

I'll go back to being a nerd and tell you that one player is two goal contributions away from joining the club and perhaps may be the next one in. That player would be Harry Wilson of Fulham, who like Swift has got the ten assists on the board first but currently sits on eight goals. QPR's Chris Willock also has ten assists but one goal fewer goals with seven, both players probably have equal responsibility in the context of their clubs, but perhaps Wilson will see the ball and the goal a little more often than Willock. 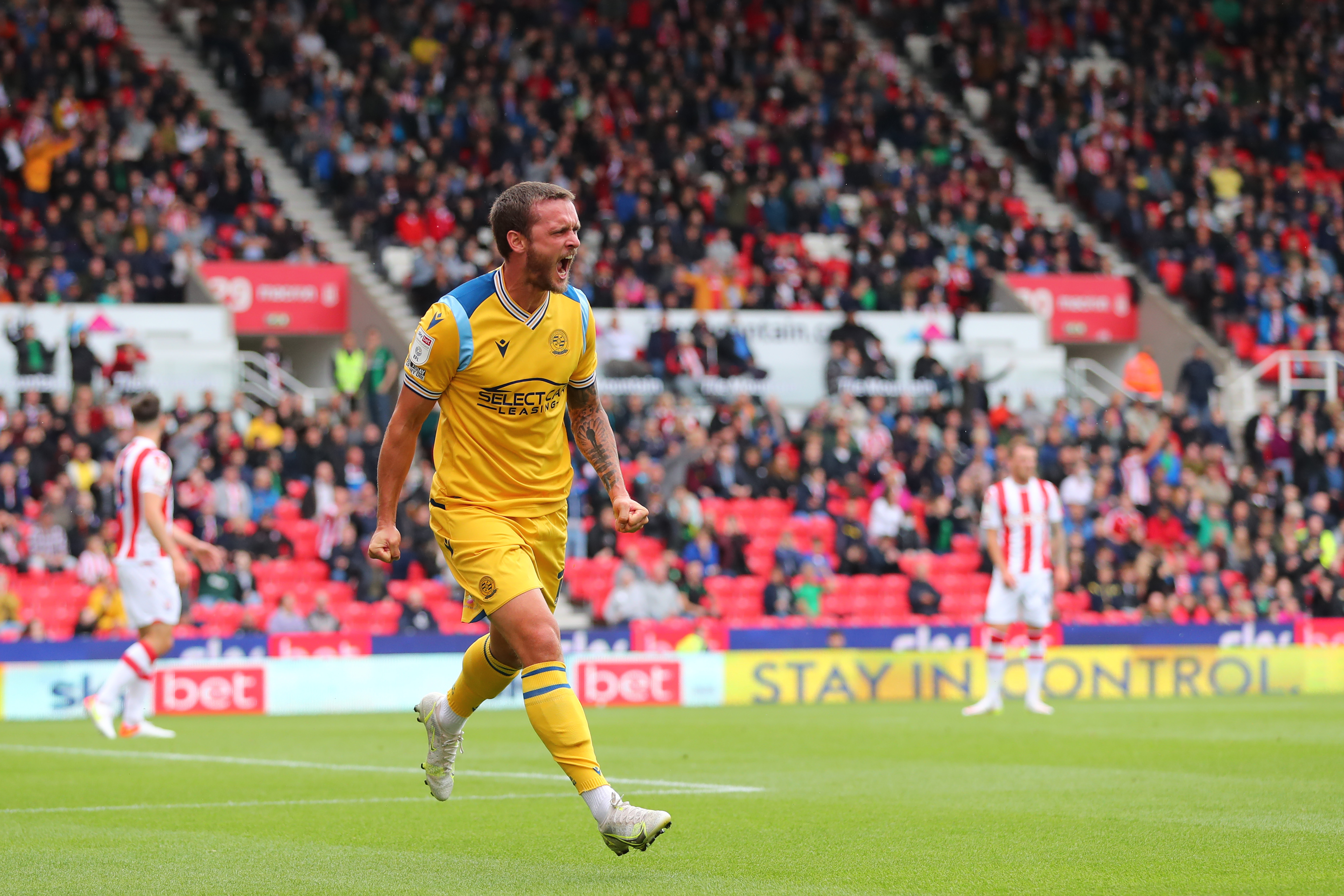 It was a bumper weekend for Championship managerial departures with both Reading and Peterborough getting rid of their managers. Veljko Paunovic finally left Reading on Saturday night after the win at Preston, this one felt like it had been a long time coming but his interim replacement Paul Ince was quite the surprise. Darren Ferguson resigned as manager of Peterborough on Sunday night following the key defeat against Derby and with the Posh dropping to 23rd place in the table.

The latest departures make for a few interesting statistics. Five out of the bottom six clubs have now got rid of their managers, Cardiff and Barnsley much earlier in the season, and Hull after the recent takeover. You would think that Reading will see this as a 'Hail Mary' with 14 games to go with a new voice possibly able to give them the impetus to keep the five point survival advantage they currently hold. For Peterborough it would appear that Ferguson feels beaten and perhaps somebody else would be able to rally them during the end of the season to try and overtake Derby and catch Paul Ince's Reading.

Interestingly the top two both have managers in their first season in charge and it's the play-off chasers where changing the boss seems to have been most effective. Paul Heckingbottom has Sheffield United top of the form table and into the top six, while Chris Wilder at Middlesbrough and Steve Cooper at Nottingham Forest appear to be viable challengers despite their clubs struggling with the previous incumbents. With ten teams already making a change and still 12 rounds remaining, you wouldn't be surprised to see one or two more. 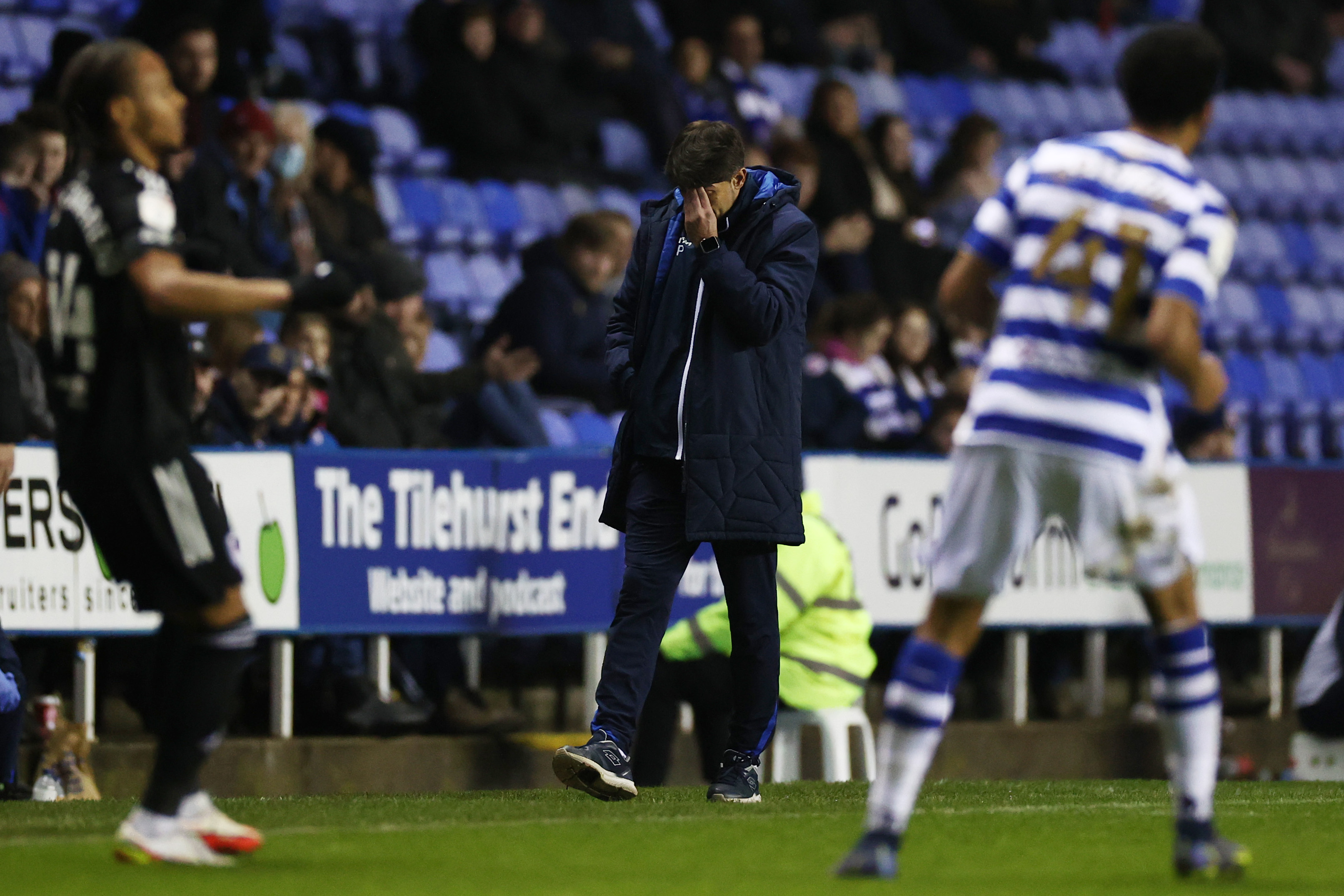 Earlier in the season, talking about Morgan Gibbs-White was normally done in a fairly negative manner, not because he wasn't performing, quite the opposite actually. Gibbs-White was a shining light for Sheffield United earlier in the season. The problem was, he was just about the only shining light in the short, sweet, quickly forgotten reign of Slavisa Jokanovic. His name would come up in a sort of pointed manner, suggesting that a young loanee was doing much of the heavy lifting for an experienced but underperforming squad.

We can talk about Gibbs-White in a totally different context now, mainly because we can talk about Sheffield United in a completely different context now. Jokanovic went out and in the face of a fair amount of scepticism from fans, Paul Heckingbottom came in and totally turned the Blades season around. Heckingbottom has done much of his good work without Gibbs-White, the player was taken off against Fulham just before Christmas and didn't start again for the next six weeks. In the meantime, the Blades seemed to be performing far more in line with a squad full of players recently relegated from two seasons up in the Premier League.

The conversation around Gibbs-White now revolves around adding a quality player back into the first team picture with the team on a winning run. Can his return improve an already flying Sheffield United team? Apparently so. Gibbs-White helped himself to two goals and an assist in a hefty 4-0 win over Swansea that put United into the play-off spots for the first time this season. What a difference a few months and a change in circumstances makes to how we view a player's contribution. 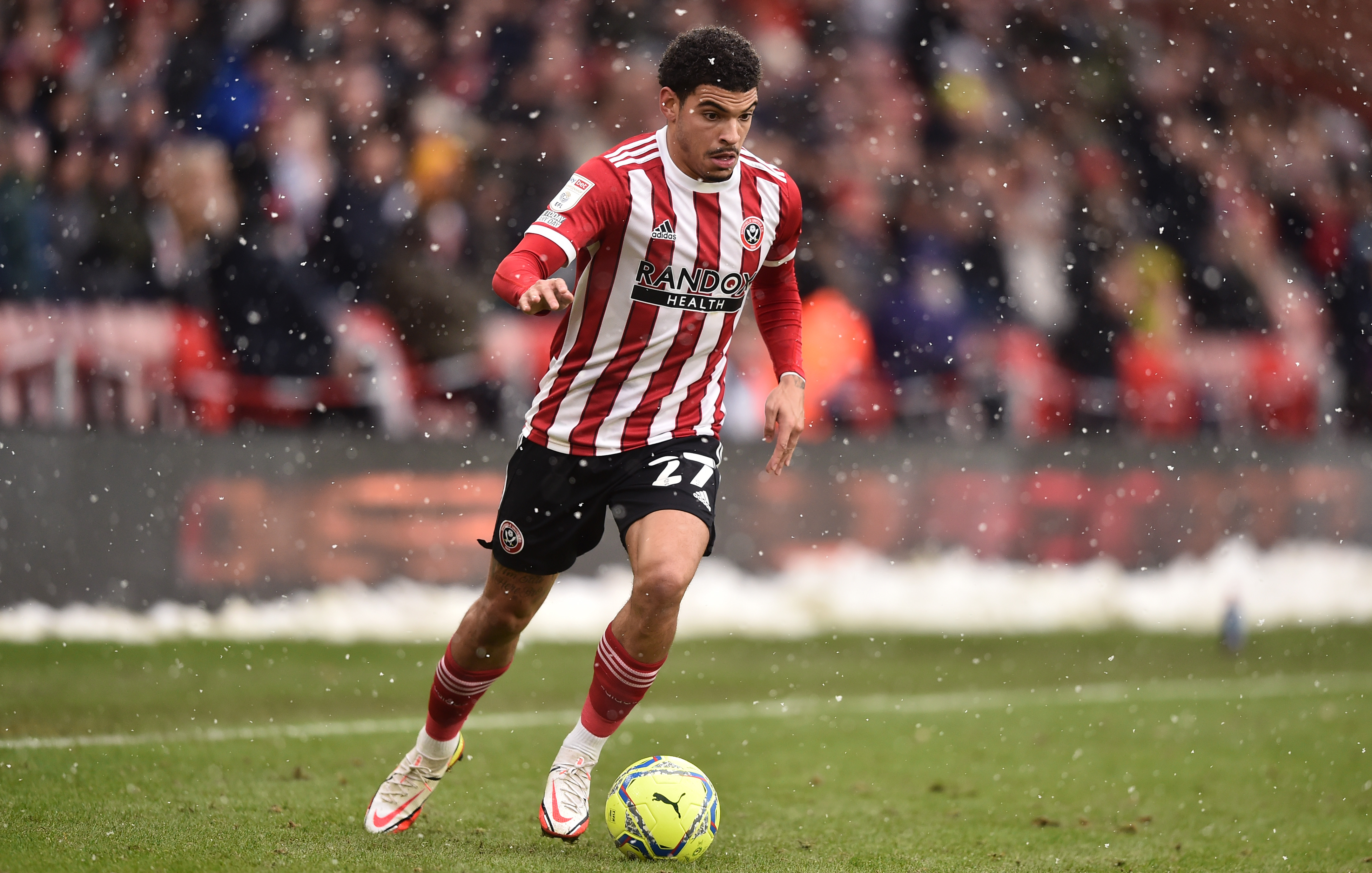