For our latest review of the Championship, we can't ignore Barnsley's promotion surge, while we highlight the work of a Tottenham prospect at Norwich and predict another manager sacking.

With plenty going on up at the top of the table it's easy to ignore those teams and players fighting for their lives towards the bottom. With this in mind I'm using a key win for Huddersfield this weekend in search of my player of the week. This season has been a bit of an uphill struggle for the Terriers, a new manager and regime has shown promise, but since losing Koroma and Eiting to injury the results have been worrying.

Huddersfield's victory at QPR puts them nine points above the relegation line, although I'm contractually obliged to mention Rotherham's games in hand, which are the potential game changer for all sides in the battle to survive. With QPR in decent form the logic suggested a tricky afternoon for Huddersfield, but when did the logic ever help us understand the Championship?

The first half saw Rangers with the advantage in terms of possession, but neither side particularly tested the opponents keeper. Huddersfield took the honours in the second half, stepping up at a key moment given Wycombe, marooned at the foot of the table, would be the only other bottom half side to win this weekend.

The goal came from our player of the week Juninho Bacuna, with a first name like the brilliant Boro star of the nineties, and a surname like his brother Leandro, who also plays in the Championship with Cardiff. Bacuna stepped into the box to rifle home full back Pipa's cross and outline his usefulness to manager Carlos Corberan.

Usefulness has been Bacuna's calling card this season, as despite being a central midfielder by trade, he has been utilised in about six different positions across the campaign. It's always a tell-tale sign when a manager is willing to trust a player to fill in all around the pitch, and Bacuna was once again high in usefulness this weekend. 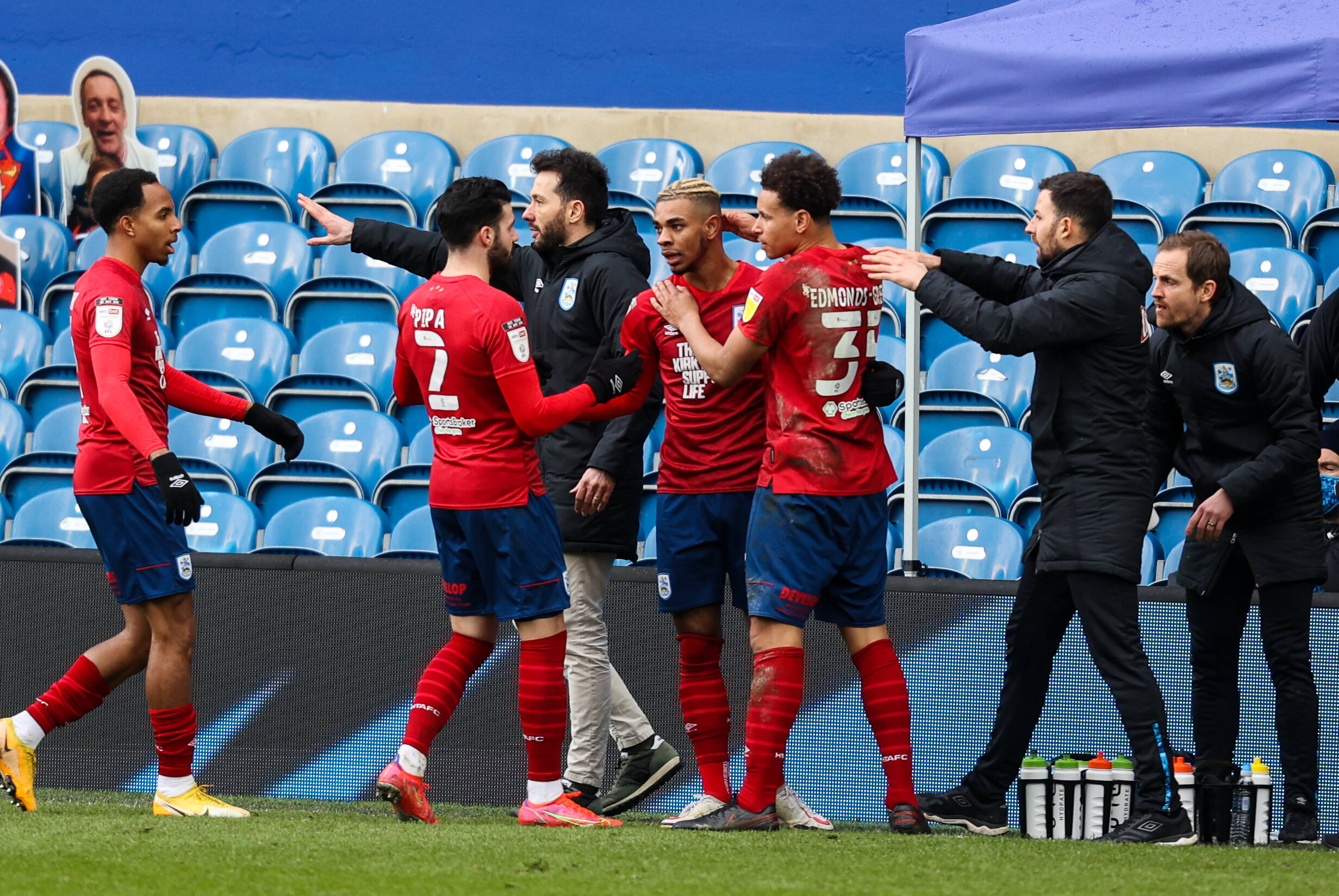 It seems to have been a recurring pattern this past month or so, acknowledging to Norwich fans that their team is doing brilliantly before going on to wax lyrical about Barnsley yet again. So in the words of Paul McCartney talking about silly love songs, here I go again. Well done Norwich, an eighth straight win on the board and 100 points a serious possibility, but the crazy and romantic Barnsley playoff surge is too much to ignore.

I was actually quite cross with Barnsley in midweek. I settled down to watch their game with Derby, an opportunity to achieve their own eight game winning streak, and the first half was with no hint of hyperbole, the worst I've seen all season. The conditions were dreadful at Oakwell, which didn't help, but what became clear is that Barnsley's reputation for pressing is now so fearsome, that teams are willing to adapt their approach in rather drastic terms to try and avoid it.

And so to the weekend, and a monumental six pointer against Bournemouth, sixth versus seventh in a key match up in the race for a playoff spot. The cautious part of my brain told me, Barnsley's winning streak is over, they had a tough midweek game, and the star power of Bournemouth will see them through. Evidently I was wrong.

Barnsley were headed into the lead by Helik, but were behind at half time after Danjuma and Solanke scored for Bournemouth. Tykes boss Ismael hit his signature triple substitution at half time, Frieser equalised and then Carlton Morris, one of the three half time arrivals, headed the winner in the 80th minute.

It was a brilliant afternoon for Barnsley, and with the manner of their win, and the growing feeling from the wider audience, this is now turning into a big Championship story. The most telling thing though, is what the win did to the league table, as with Cardiff also losing, there is now a five point gap between Barnsley and the playoff chasers. The unlikely promotion challenge is getting more and more real by the week. 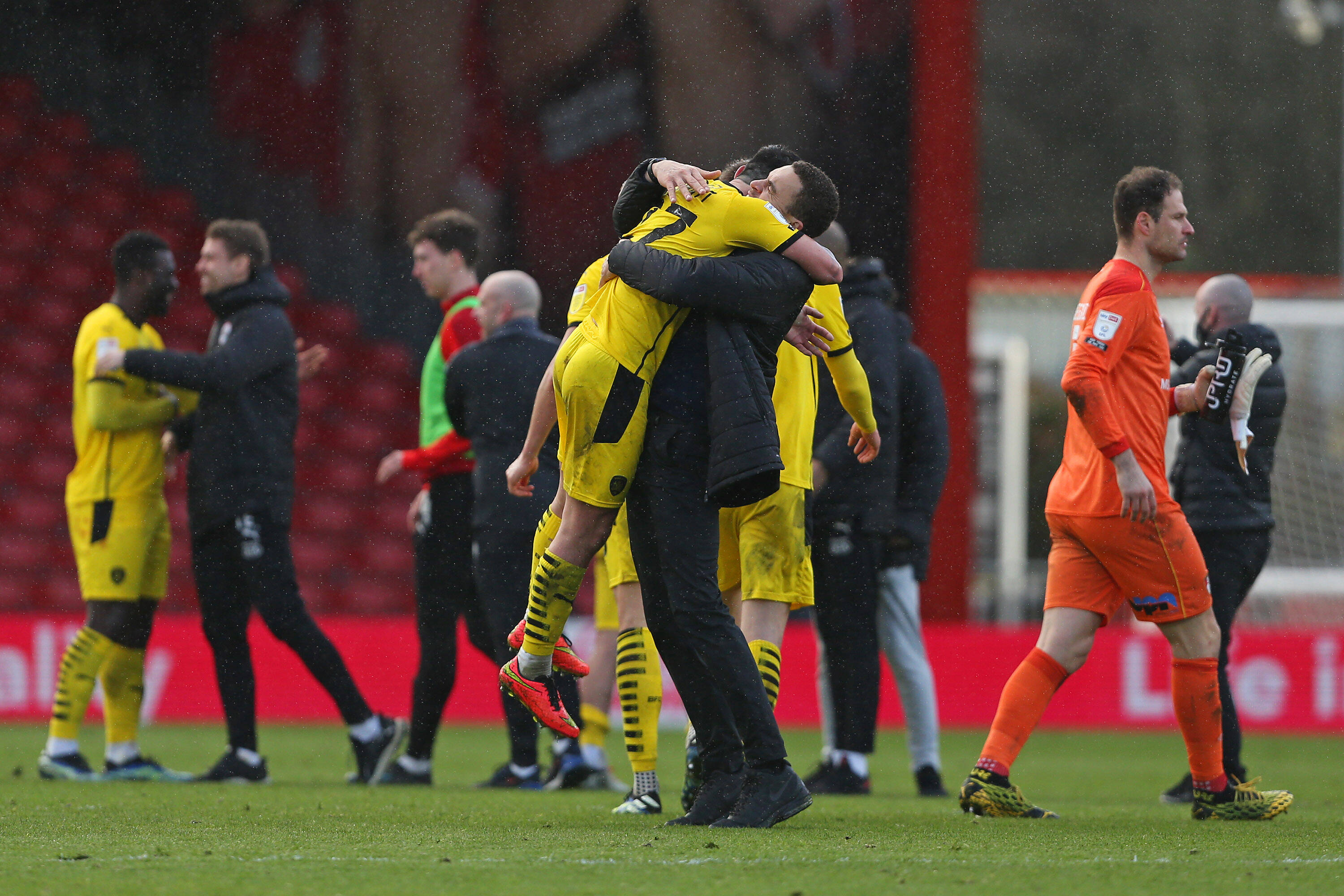 With only an unlikely collapse between Norwich and Premier League football next season, attention will be starting to focus on the Premier League. The Canaries sacrificed much last season in terms of spending last season in order to bounce back stronger, and the plan appears to be working perfectly.

The next stage will be making a better go of things in the Premier League, and with that giving boss Daniel Farke the competitive squad he seems to richly deserve. Whilst people will point to Buendia, Aarons and Pukki as star names Norwich will want to hold on to, their midfielder Oliver Skipp would certainly be another on that list.

Skipp's loan from Spurs has been a roaring success, he's started all of Norwich's 36 games, and his performance in the win at Sheffield Wednesday on Sunday was as assured as we've come to expect from the 20 year old.

This is the point where we get into speculation, and try and figure out the next move for Skipp, Norwich and Spurs. Whilst acknowledging Norwich's squad is better than the rest, and they've been winning most weeks, Skipp is evidently functioning at top Championship level and ripe for a crack at the Premier League. Nobody knows whether he would be ready to start for Spurs week in week out in the top half of the division, so perhaps another season at Norwich would be sensible. Could Norwich buy him, would Spurs sell him, would Spurs even loan him if he's ready for Premier League football?

Whilst there's a lot of guessing going on, what we do know is that Skipp is an excellent player, and he probably has ten more Championship games before the Premier League calls in one way or another. 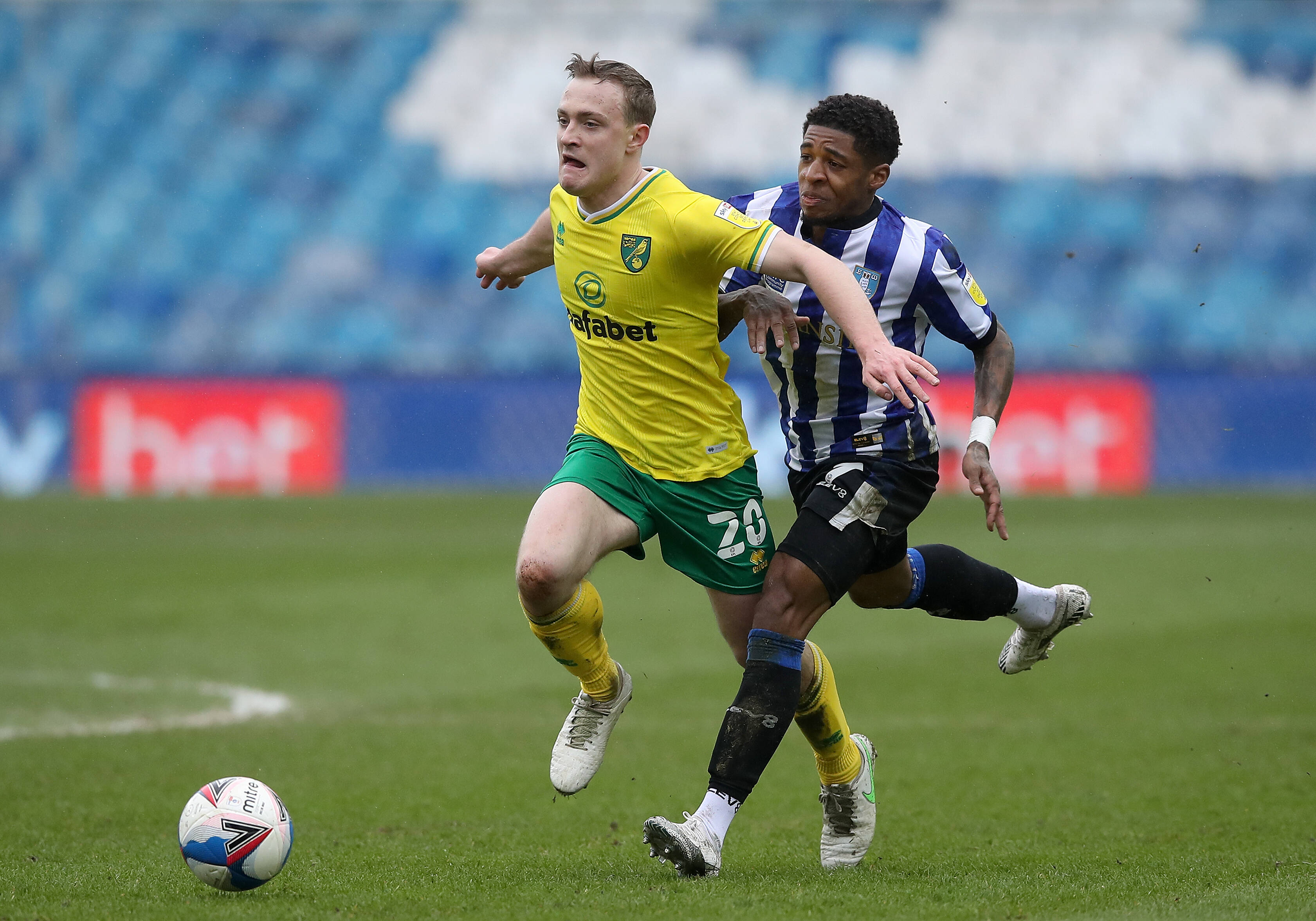 The Race For Second

Paul Merson is a pundit who splits opinion, although he is more recognised by some for mispronouncing players names, there's no doubt he was a great player and has many useful insights. In a chat with Jeff Stelling on Sky TV, Merson, a two time title winner with Arsenal, revealed that when a team wins a title they rarely play well, and it's often consistency, muscle memory, and ability to just get the job done that makes the difference.

This weekend with Merson's words more pertinent than ever, the three teams battling behind Norwich for second spot took it in turn to play their games. On Friday night Brentford visited Blackburn, then Saturday lunchtime Swansea went to Luton, with Watford rounding things off with a trip to Cardiff. Would we see glorious football, or teams just getting the job done? I think you already know the answer.

Brentford and Swansea both scored early, kept clean sheets, and ended their away trips with one nil wins. Watford were a little more chaotic, with a stoppage time free kick keeping them up to speed in a very tight win at Cardiff. The race is an absolutely fascinating one, as we start to factor in remaining opponents, games against one another, and in this shortened season, mental and physical tiredness.

I suspect Paul Merson will turn out to be right, and as tends to happen in the 46 game slog that is the Championship, getting the job done will override glorious and dominant football. Now all we have to do is figure out which of the teams will be the one to get the job done, and be sat in an automatic promotion spot when the music stops on May 8th. 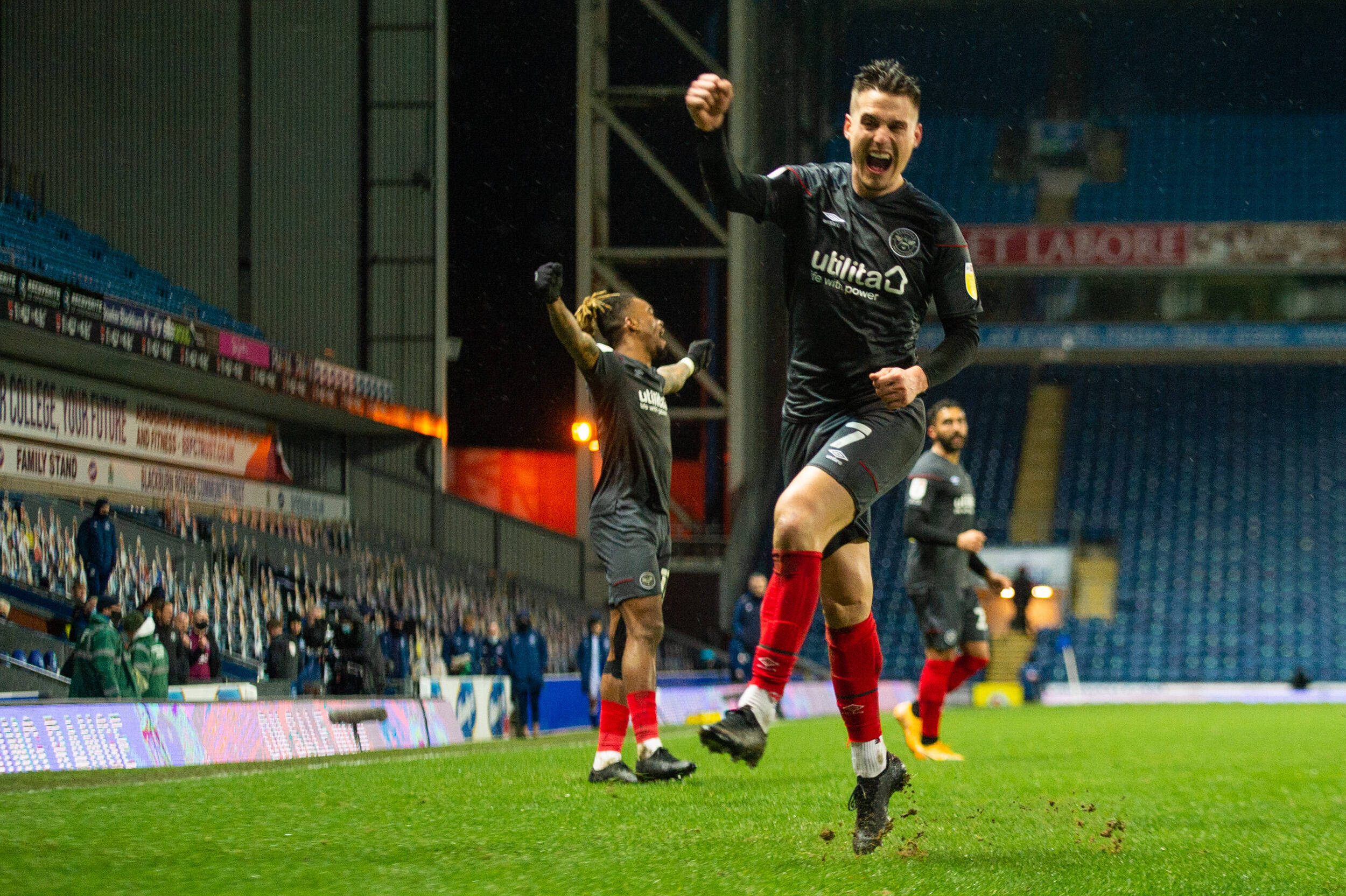 It's been a weekend of managerial dismissals, and it's safe to say that some have been done more efficiently than others. After League 1 side Portsmouth lost at Wembley, Kenny Jackett was gone the next day, however in the Premier League, Chris Wilder's departure from Sheffield United was reported on Friday morning, but not announced until Saturday night.

We're in the same position with Aitor Karanka at Birmingham. As I write this column we've had many reports from reputable sources that he's been sacked, but the club hasn't announced anything yet. For those of us covering the league it's a strange type of purgatory waiting for news, whilst we want to get in there early and talk about it, one's credibility is on the line if the announcement never comes.

So, with every caveat imaginable, it looks like Birmingham are changing managers, with ten games to play for Blues. With another defeat at home to Bristol City this weekend, the scenario of Rotherham scoring just a point per game with their four games in hand would make relegation a real possibility. By the time you read this we'll hopefully have heard from Birmingham and know much more, so I'll leave it at that, and suggest this could be a very important week or so at St Andrews. 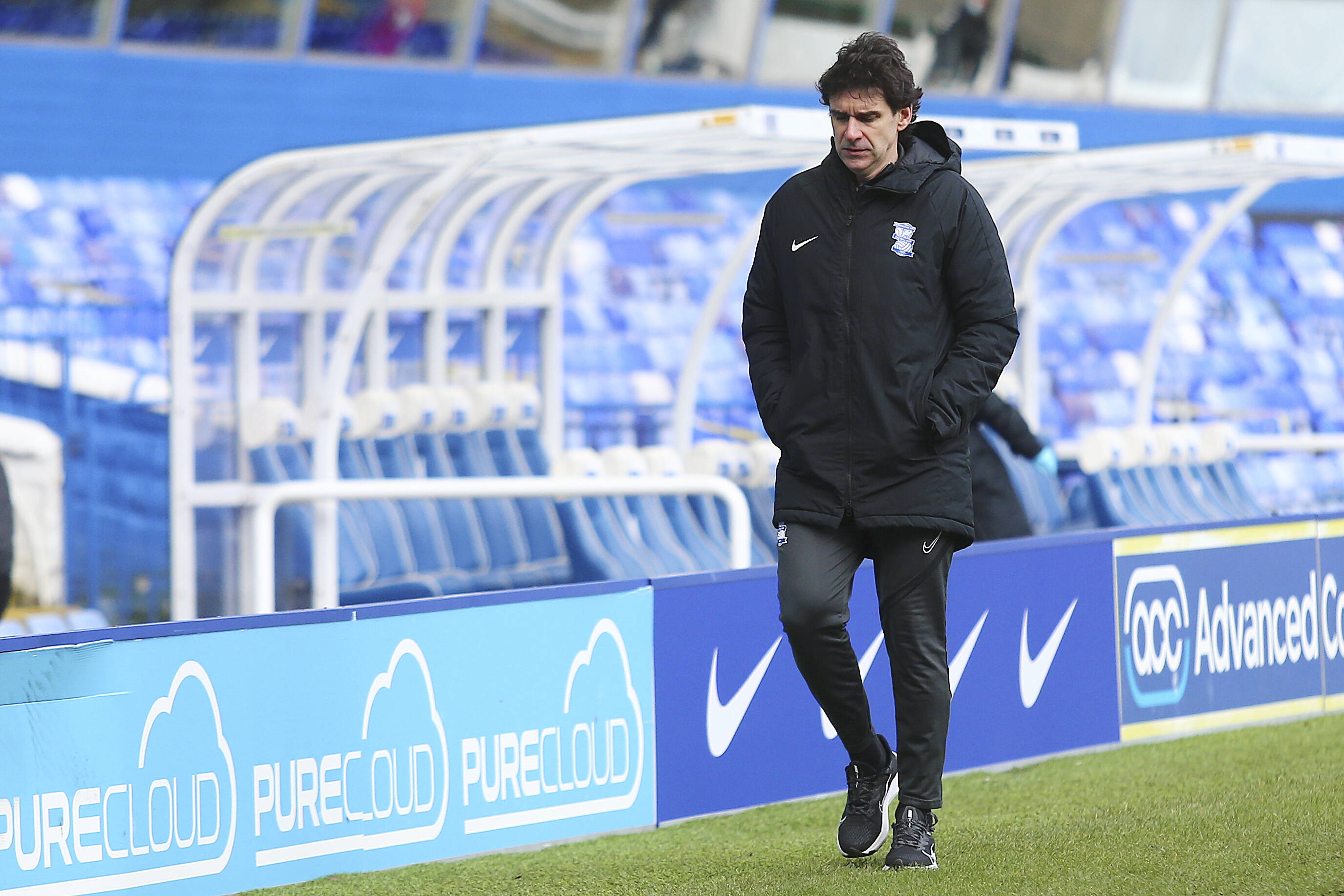