Sheffield United suddenly exploded, John Swift continues to carry Reading on his shoulders and two Wolves loanees made a massive impact in the latest round of the Championship...

It feels like we've been here before, and we'll probably be here again. We need to talk about John Swift of Reading, and despite me wanting to keep this column nice and varied, I have to select Swift as our player of the week. Reading have had a tricky start to the season, they've only won one game, they have the worst goals against column in the whole division, but in Swift they do have a shining light.

It was an exemplary exposition of the number 10 role by Swift as he hit a hat-trick against QPR this weekend. The first saw a beautifully timed run from deep onto an Alen Halilovic floated pass, a chest down and composed finish, bringing Reading level in the game at 1-1. The second, probably the pick of the three, was a swivel and hit from just inside the box that arrowed into the corner with lethal accuracy. For the third Swift again timed his arrival perfectly coming onto the play from that dangerous deep position, and guided home Liam Moore's cross with his left foot.

The hat-trick brings Swift's early season output to an incredible six goals and two assists in the opening six games. Unfortunately for Reading fans it's 'elephant in the room time' because despite Swift's super-show the Royals didn't capitalise on a two goal lead. A late QPR equaliser meant three Swift goals, only equated to one Reading point. 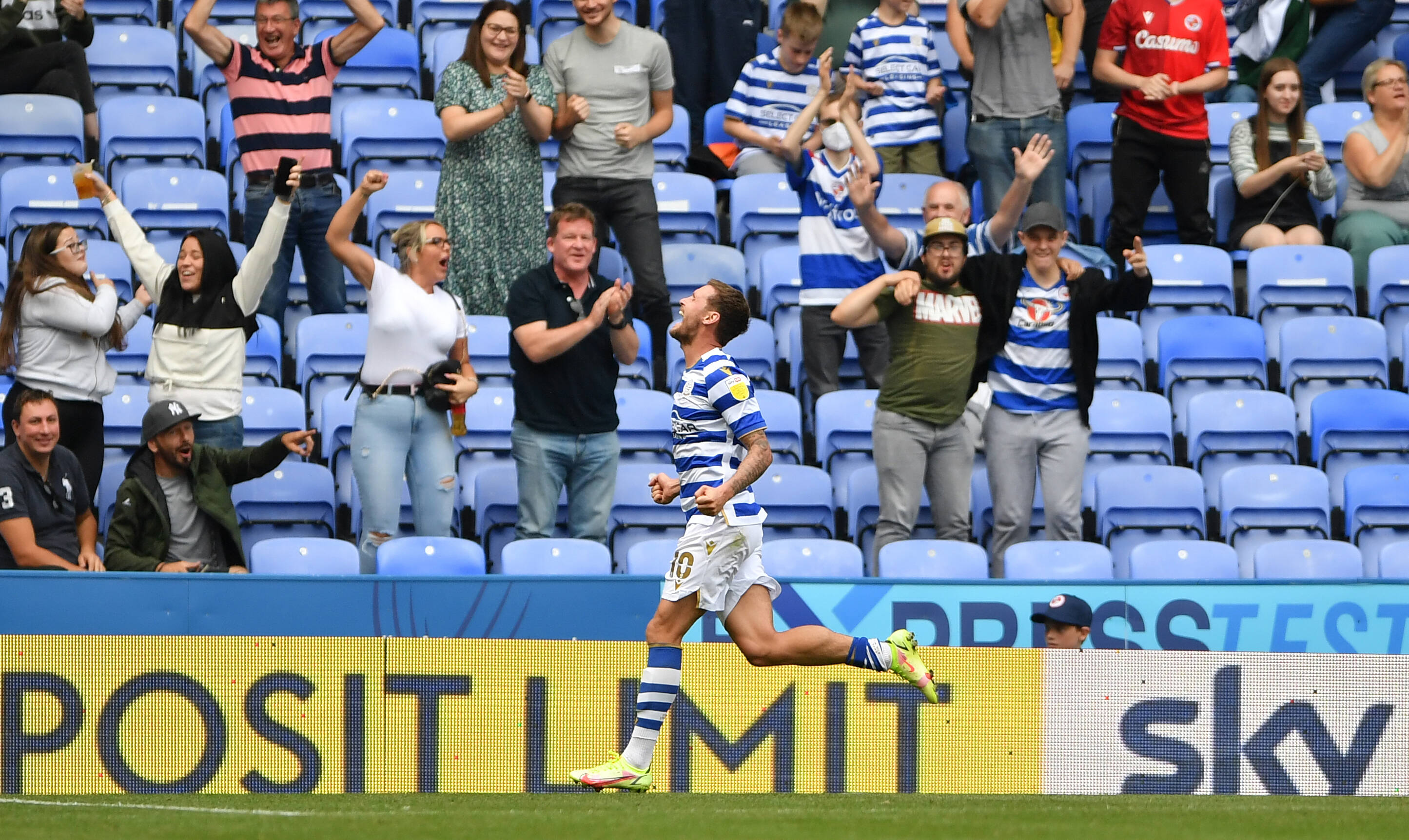 Blackpool fans have got used to heroic actions from their team during the Neil Critchley era, with a brilliant rise through league one followed by a decisive three game play-off campaign bringing them into the Championship. Even despite their winless start to second tier life prior to Saturday they'd forced an injury time point at Bristol City, a two goal comeback at Bournemouth, and nearly taken something at the Den having played most of the game with ten men.

I suppose the key word in that previous sentence is 'nearly', but there was no 'nearly' about their game on Saturday as Blackpool recorded their first win and clean sheet back at Championship level. The fact they did it against Fulham takes us into team performance of the week territory, with the Cottagers leading the table after a start so impressive I've genuinely fielded questions about them achieving a 100 point season over the international break.

A terrific run and finish by Josh Bowler just after half-time gave Blackpool all three points in this classic Championship coupon buster. The underlying stats tell us Blackpool gave up 70% possession but limited a previously free scoring Fulham attack to an xG of just 0.82, perhaps a blueprint for others to follow or maybe a 'case of easier said than done' when lining up against Mitrovic and co. I'm not sure teams promoted from League 1 will define their standards via results against relegated Premier League sides, but the Seasiders will surely have undergone a huge confidence boost with this brilliant first win. 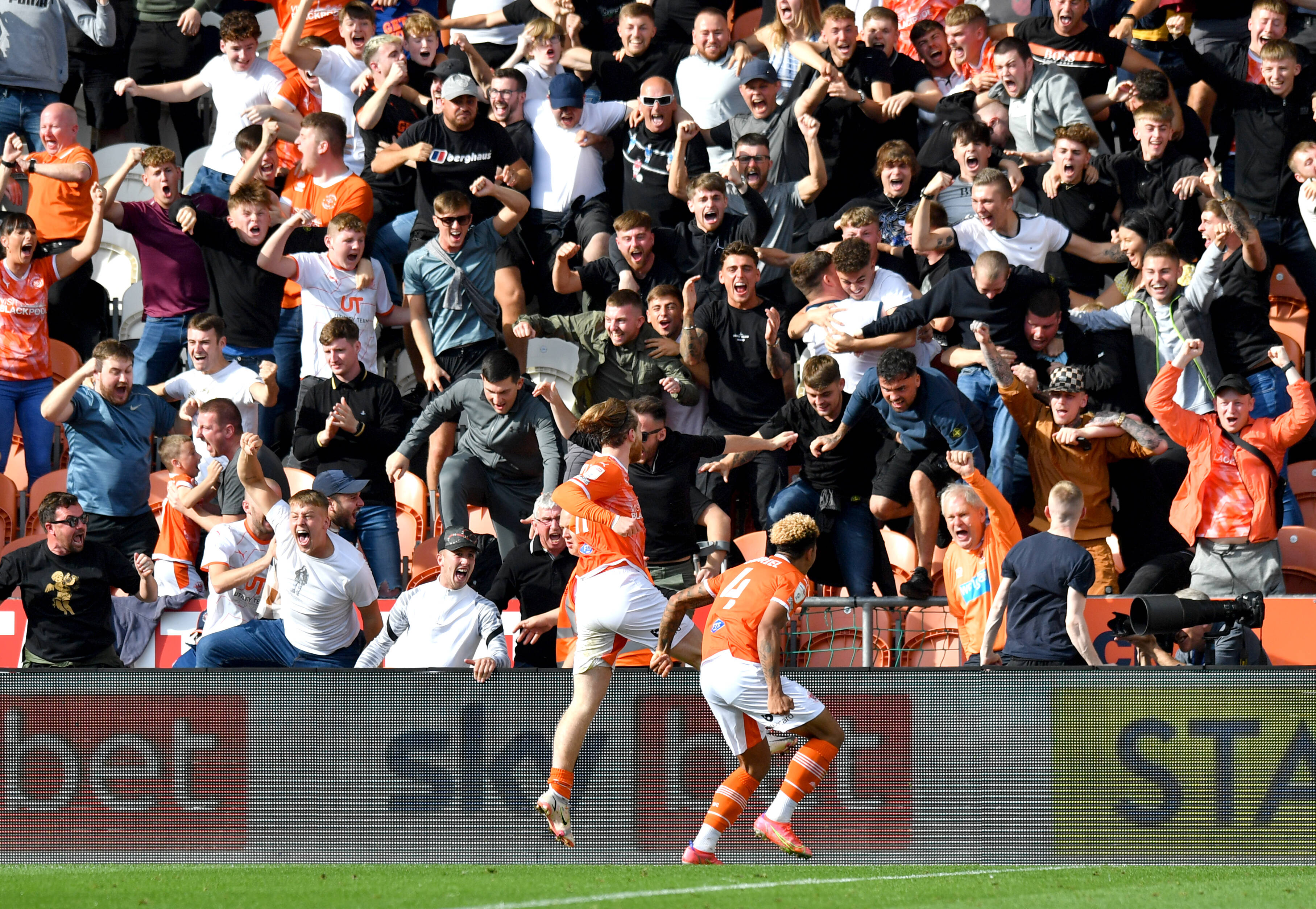 I'll admit it, I can be the first person to mock football supporters for their fluctuating emotional responses to their clubs results. A pre-season friendly can yield sufficient evidence for fans to predict a title charge, conversely one unlucky goal against during an otherwise good performance and armageddon is on the way. In the case of Sheffield United this weekend the fluctuation in performance from the Blades probably justifies the outpouring from their long suffering fans.

Those fans at Bramall Lane have seen it all in the past five seasons, from 11th in League One in 2017, to 9th in the Premier League in 2020, and back to 23rd in the Championship going into this weekend's game against Peterborough. The first five games under Slavisa Jokanovic produced a mixture of high possession and high anxiety, with just one goal and no victories.

With the international break over, along came Peterborough to Bramall Lane, and into the Sheffield United starting line-up came Wolves loanee Morgan Gibbs-White, and Ilman Ndiaye. Whether it was one thing, or more likely a combination of many, all of a sudden the goals started flowing in an emphatic first victory of the season. The new faces Ndiaye and Gibbs-White contributed three between them, with Ben Osborn and John Fleck adding the remaining three as six goals flew past Posh.

Of course the immediate talk amongst Blades fans was of 'turning points', 'turning corners' and 'teams clicking', whether this is the case or not will be revealed in the coming weeks and months. Given the feel good famine at Bramall Lane this past year you wouldn't blame those Blades fans for devouring the feast at the weekend and hoping there's plenty more to be served up. 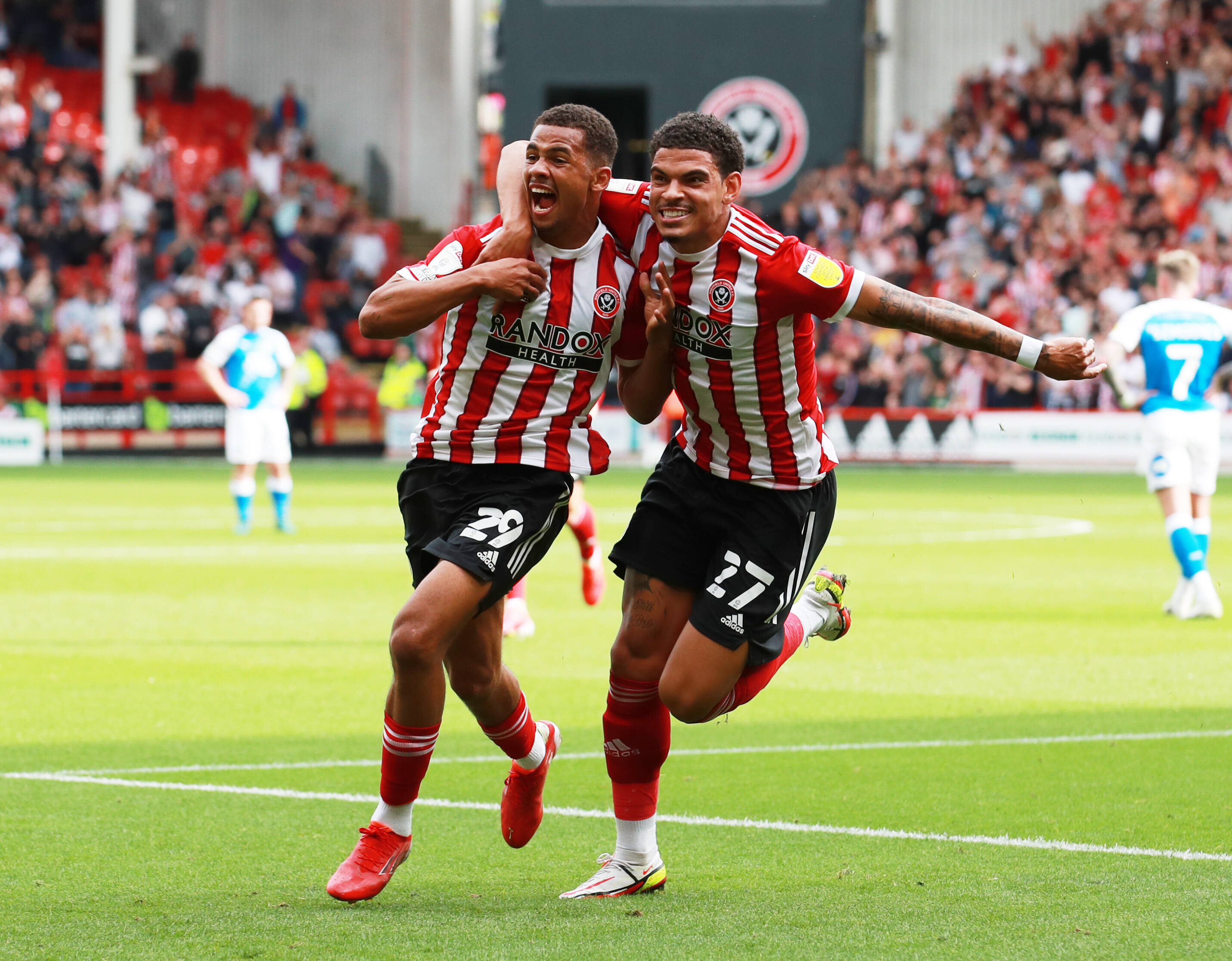 The goals against column in the Championship table reads very well for Birmingham City and their loanee keeper Matija Sarkic. Blues have conceded just three goals in their first six games and recorded their fourth clean sheet of the season on Friday in a 2-0 win at home to Derby County.

It's far easier to apportion credit to attackers when goals go in than it is to goalkeepers when they don't. Defending is very much a team pursuit and goalkeeper is arguably the least understood position anywhere on the pitch. With that being said, let's then put two and two together and credit the newly arrived Sarkic for at least some of the Birmingham defensive excellence.

Neil Etheridge was the go-to keeper for Birmingham last season starting 43 times in the Championship, however Etheridge caught Covid-19 and had a particularly difficult recovery. Whether or not this was the key factor in the Sarkic signing, or indeed becoming first choice, he has certainly taken the shirt and excelled. Etheridge has appeared once in the EFL cup since his Covid ordeal, but Sarkic has started all six Championship games this campaign, with Birmingham so far only losing to last season's play-off semi finalists Bournemouth. The three goals against tally in six games is excellent, and I'm sure plenty put the Callum Styles long ranger conceded against Barnsley into the unsaveable bracket.

The big inspiration for the likes of goalkeepers like Sarkic coming on loan to the Championship would be Dean Henderson, who earned an unlikely but deserved promotion with Sheffield United. If Sarkic gets anywhere close to that, I'm sure all parties will be happy. 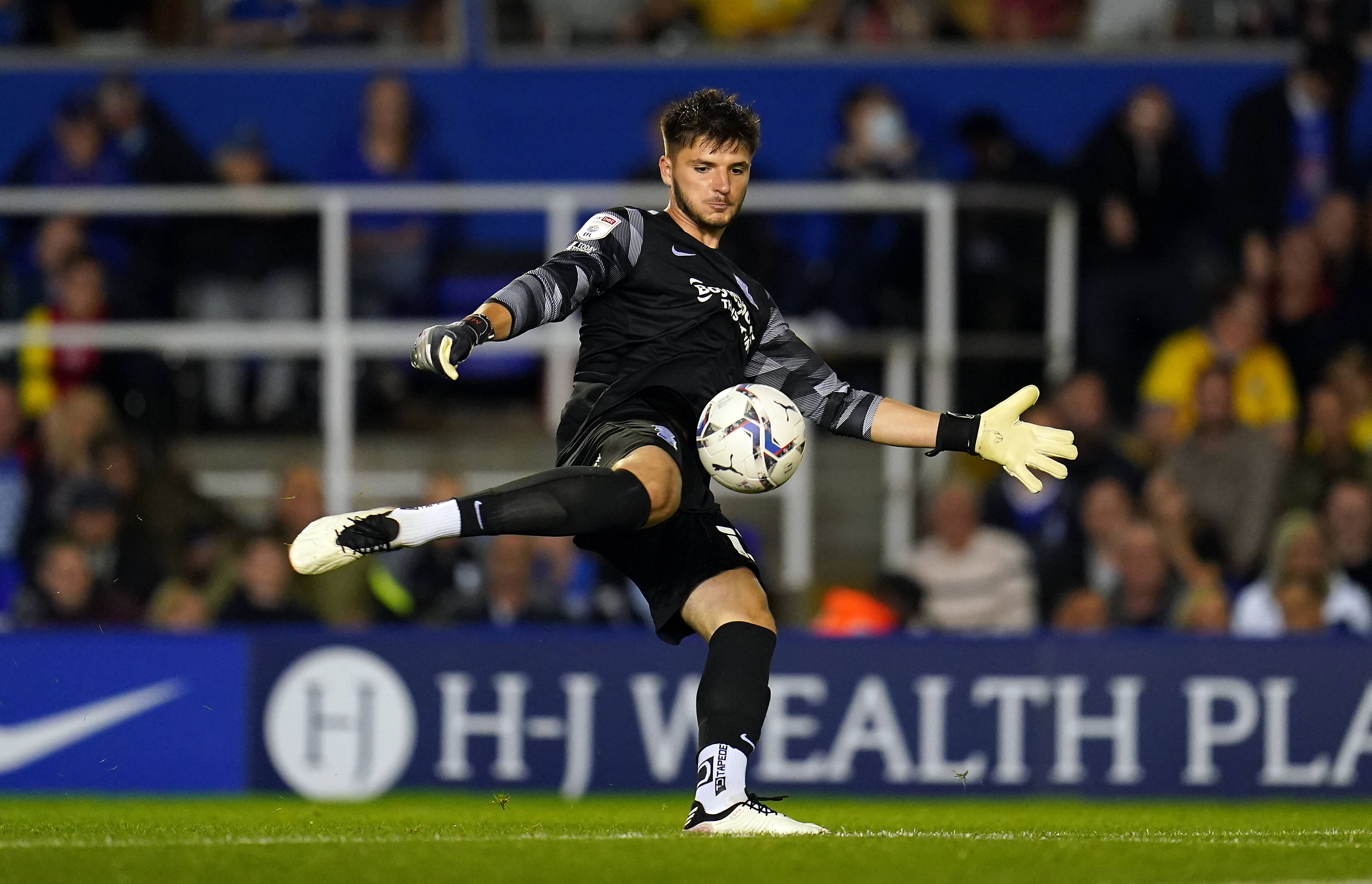