As we review this weekend's Championship round, we saw one past Premier League star reaffirm his class at Watford, Barnsley produce a 5-star performance and the pressure only increase on several managers.

A quick perusal of the popular website transfermarkt.com tells us there are two players tied as the most valuable in the Championship. They both wear yellow, play down the right hand side, and their teams reside in the current top four. I'm talking about Max Aarons of Norwich, and Ismaila Sarr of Watford, and the latter gave perhaps the best justification of his lofty valuation this weekend.

Sarr arrived at Watford aged 21 at the start of last season for a club record fee, and upon relegation became one of the Championship's most coveted players. Watford cashed in on many of their biggest assets, Doucoure, Estupinan and Deulofeu have all gone, but Sarr remains. At times during the season, the Senegal winger has shown flashes of his undeniable quality, however Watford haven't ever given the impression of being in top gear, and perhaps Sarr hasn't yet been given the most desirable of circumstances in which to thrive.

Saturday's 6-0 win probably represents some kind of Watford watershed, and whilst Bristol City fans would acknowledge their ineptitude, it is easy enough to conclude the performance was a peak for both Watford, and their star player. Sarr's direct run forced the opener for Sema to tap in, he coolly slotted the second, cut back for Sema for the fourth, effortlessly curled the fifth, and with a hat trick in his grasp, unselfishly squared for Zinckernagel to score the sixth.

In short, Sarr destroyed Bristol City, and with Deeney and Gray benched, and manager Xisco tweaking the teams shape, perhaps the circumstances for Sarr to be at his best might become more desirable for the rest of the season. 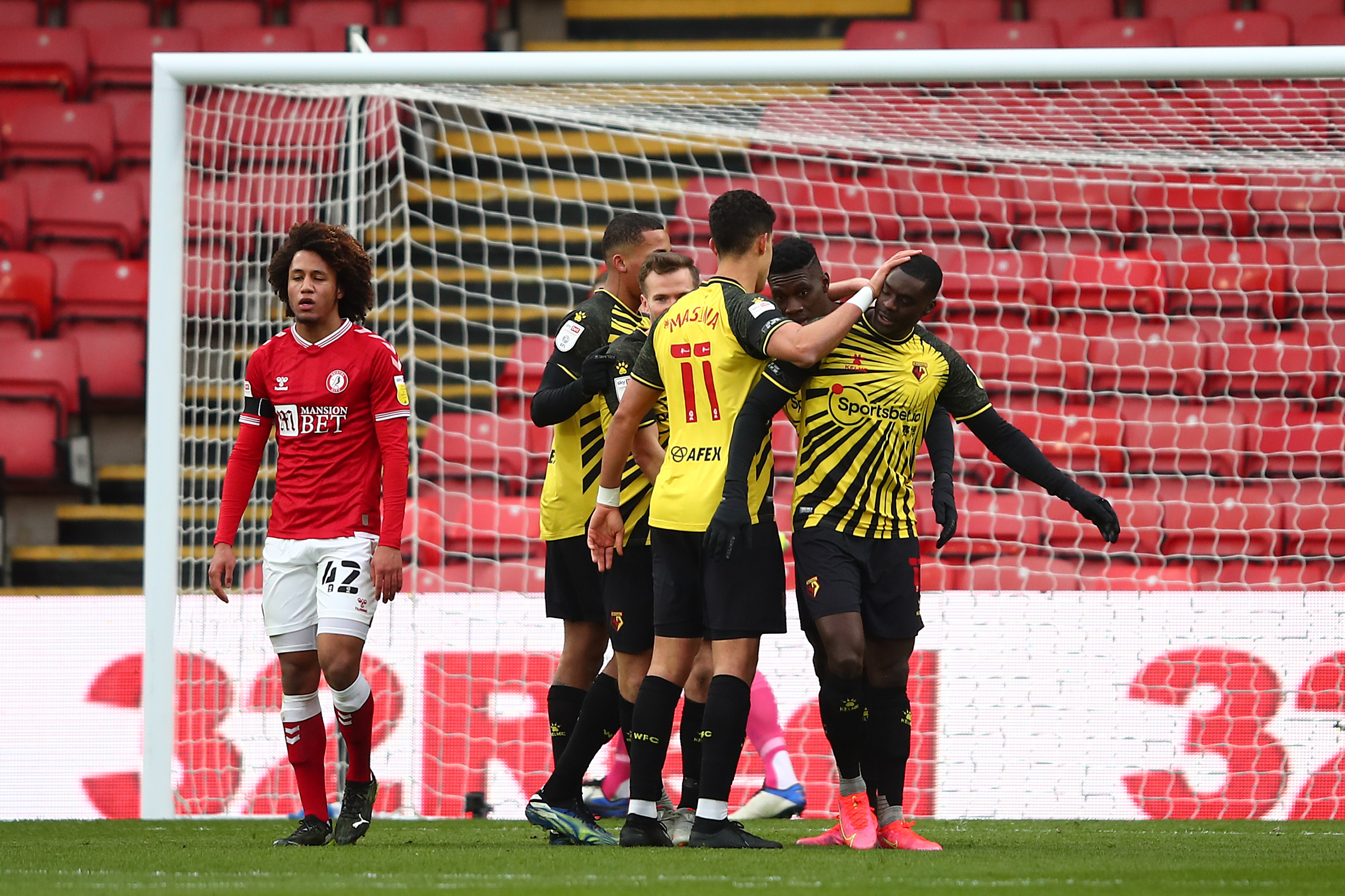 The undefeated streak is over. After a magnificent 21 games without losing in the Championship, Brentford finally succumbed to an excellent performance from Barnsley at Brentford Community Stadium.

Barnsley had played on Thursday in the FA Cup against Chelsea, and those unfamiliar with the Tykes were, for the most part, won over. They went toe to toe with their Premier League opponents, eventually losing to a single goal. If you're reading this column you were probably not in the slightest surprised by Barnsley's ambition and endeavour against Chelsea, and they reprised the performance at Brentford.

Under Struber and now Ismael, Barnsley have been a high pressing, high energy machine, and after escaping relegation last season, found themselves just three points off the playoffs on New Year's Day. A tricky run ensued, but they seem to be back on song, and finally were able to beat one of the top teams in the division, which has been something of a problem.

Barnsley play three centre backs who's positioning is not for the faint hearted. The centre backs push as high as possible, two centre midfielders sit in front, and their two wing backs and entire front three relentlessly press the opposition. This strategy, as you can imagine, is high risk, high reward, high entertainment, and offers opponents huge wide open spaces to attack. If it works though, Barnsley are able to suffocate opponents, and a team like Brentford, intent on playing out from the back and through midfield, is the perfect test for such a system.

Barnsley's strategy worked an absolute charm yesterday, and the imperious Bees were swarmed from the opening whistle, with well timed goals for Chaplin and Morris reward for the Tykes bravery and intensity. Barnsley moved back into the top half with the win, but the identity of the opponents will be more significant than the three points, especially if it means a new competitive streak against tougher teams.

It could of course be a one off. Brentford is the perfect opponent for Barnsley, and they won't face an equally well coordinated press again. Barnsley will face plenty more teams happy to go direct, and not allow their pressing to occur as high up the pitch as Brentford did. We'll find out very soon if this game will indicate a longer term pattern for either club, my inclination is it's more likely to predict a Barnsley trend upwards than a Brentford trend downwards. 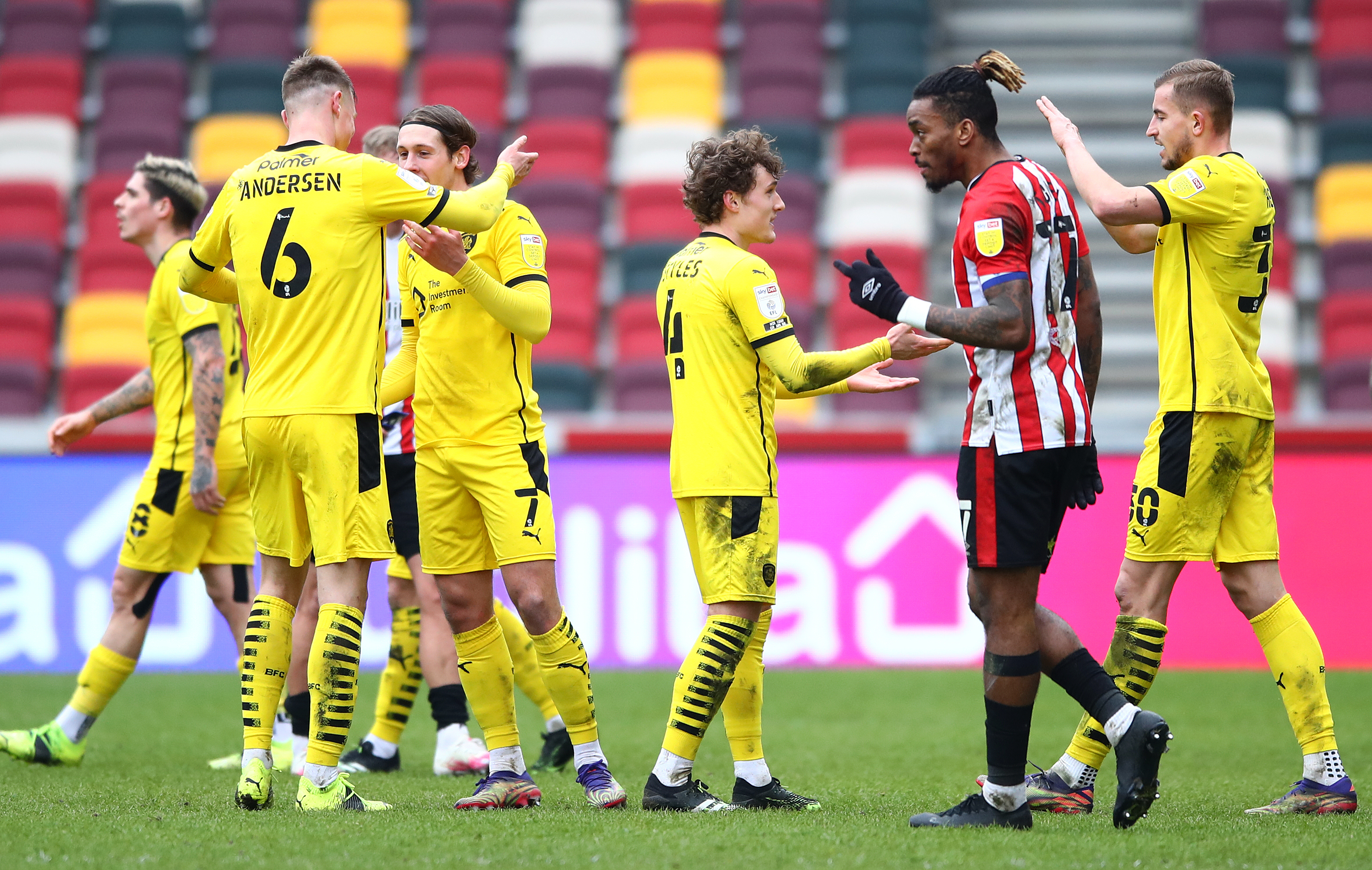 There are many different ways to celebrate a goal. A Bebeto choreography, a Vardy taunt, a Shearer signal, or a self assured Scholes smile and restart. It takes all sorts, but sometimes I prefer the purely authentic expression of joy, and that's what we got from Wycombe's Josh Knight this weekend.

Wycombe have certainly been authentic this season, but there has been too much joy, and they went into this latest round of games 12 points adrift at the bottom of the table. It got worse too, as they went 2-0 down to Huddersfield not long before half time. Another defeat looked on the cards, however a Mehmeti first half stoppage time goal, and a Jacobson penalty just after the hour put the Chairboys level.

It was down to Leicester loanee Josh Knight to complete the comeback, making space in the box and hitting an 87th minute winner for Wycombe. Knight delightedly ran away to be congratulated by his teammates, and his unadulterated joy probably represented the moment of the season for the Chairboys.

Wycombe are still a long way from safety, and the chances are they will still go down, perhaps we could address that further if we get a few more results like this one. For the time being we'll congratulate them on an excellent, and surprising victory in the circumstances, sealed by their loanee winning goal scorer, Josh Knight. 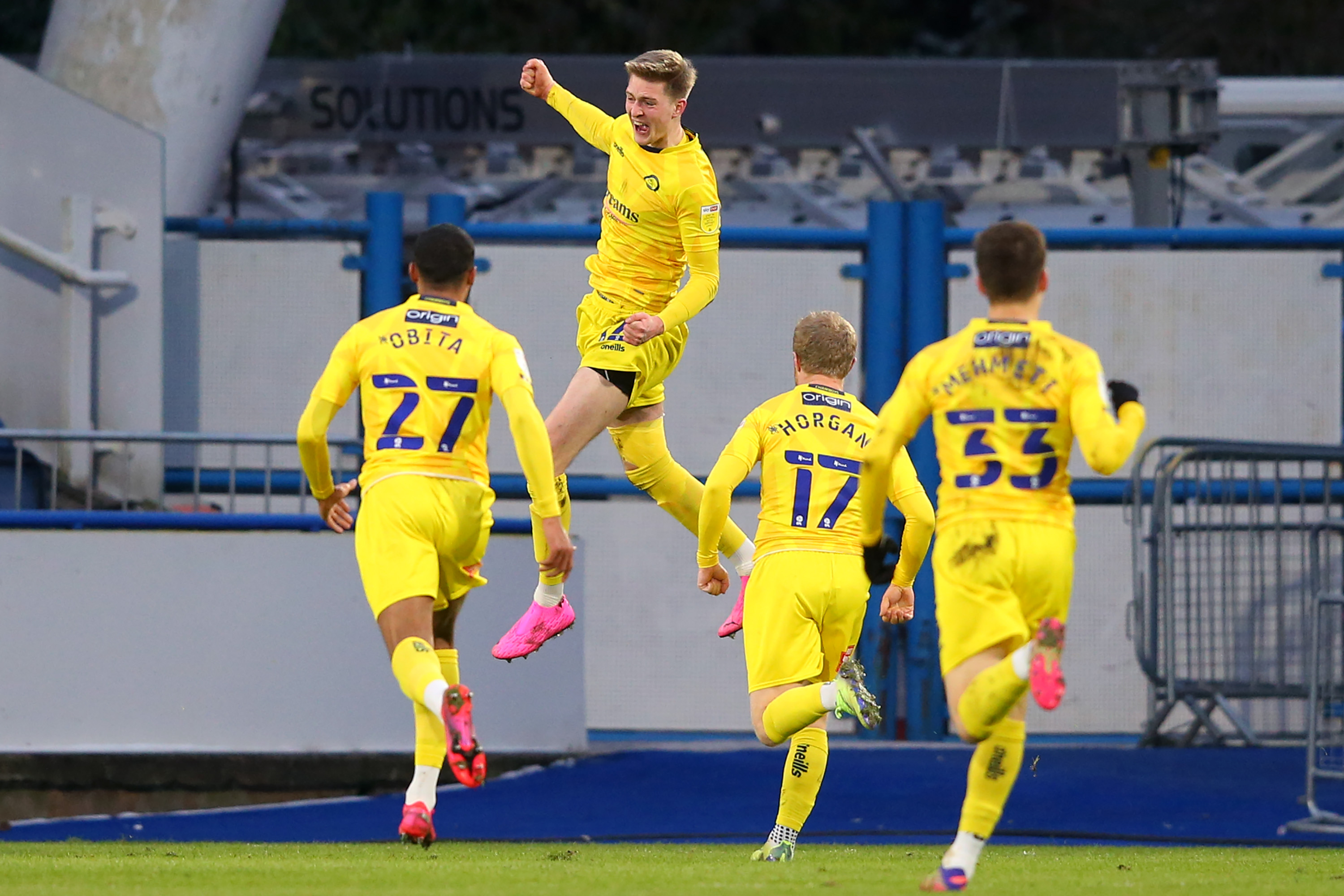 The Championship is weird at the best of times, but the recent distribution of points has been beautifully bizarre. In a normal league scenario we expect the bottom quartile to lose to most teams, the third quartile to beat only the bottom teams, the second quartile to beat the bottom half, and the top teams to beat everyone. Since the turn of the year this has not been the case, with the top half of performers being strangely populated by five teams who have spent most of the season in the lower reaches of the table. Whilst we congratulate Sheffield Wednesday, Derby, Rotherham, Forest and QPR, for their excellent runs, this is not how a league table is supposed to work!

If we couple the rising tide at the bottom, with the fact that other than Bournemouth, the top six have been performing as expected, then we know that the middle portion of the table must have all been underperforming at the same time. Middlesbrough, Stoke, Barnsley and Bristol City, have all won one or fewer of their previous six, and Luton and Huddersfield both have slipped into the bottom half. So, given the fact the middle of the table has underperformed, anyone in even reasonable form could fly up the table. Millwall are mobilising, Blackburn had a short points splurge, however the biggest beneficiaries have been Cardiff, who since Mick McCarthy arrived, have moved from 15th to 7th.

This weekend saw a potential scenario where if results went Cardiff's way, they would leap five places in the table. As fate would have it, that's exactly what happened. Blackburn lost on Friday, Boro went behind to Derby, Bristol City went behind to Watford, and so Keiffer Moore's opener for the Bluebirds against Coventry, meant they jumped five places up the table. 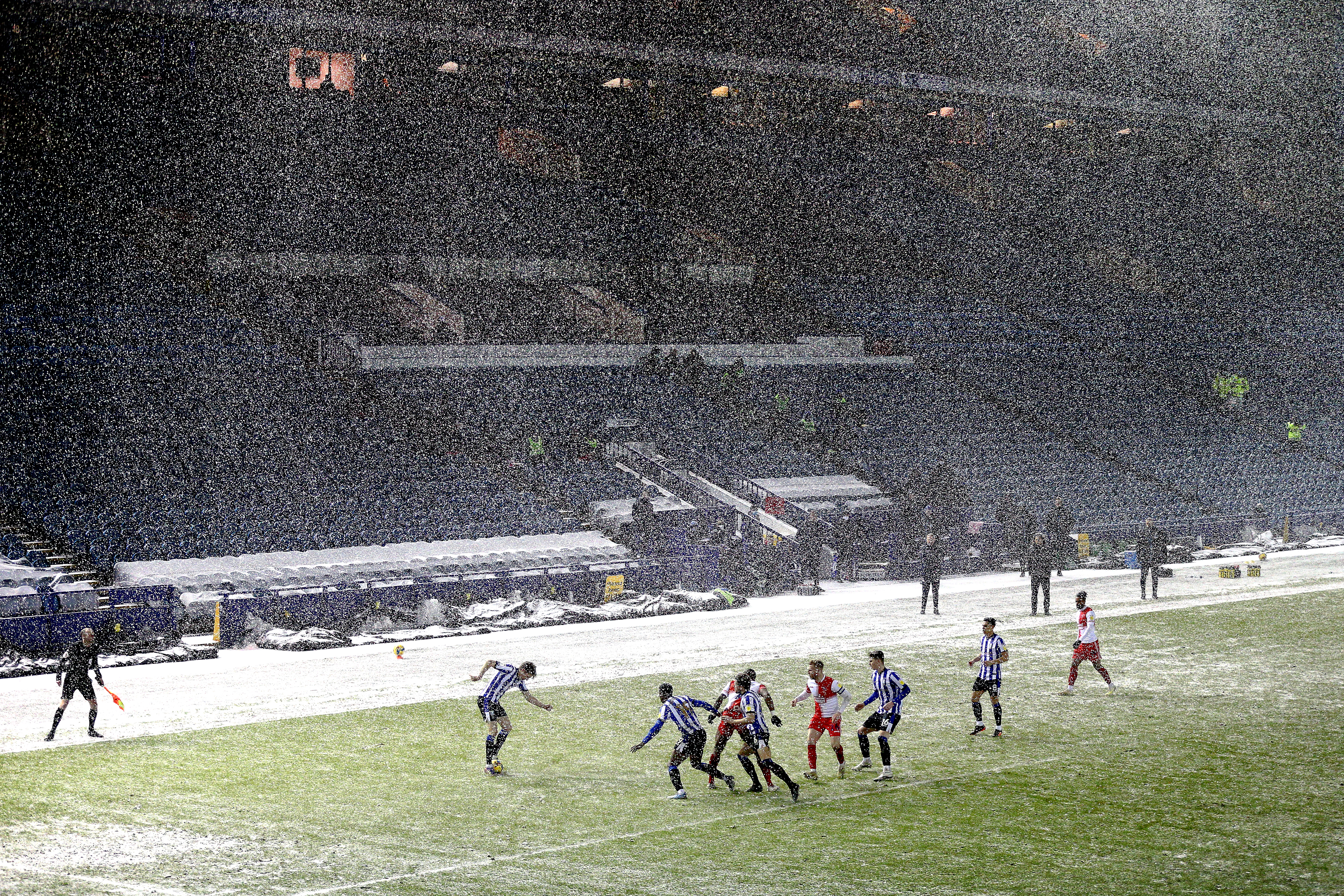 Never one to miss an opportunity to mention Queen or David Bowie, a few Championship managers are most definitely feeling pressure pushing down on them at the moment.

Should Blackburn's Tony Mowbray have Rovers a little closer to a viable playoff chase given the attacking options available to him? Possibly, and the further they are away, the more the pressure will grow.

Should Stoke's Michael O'Neill be questioned for a dreadful run of one win in the past 14 games in all competitions? O'Neill has undoubtedly improved Stoke, but the parachute payments run out at the end of the season, and the task gets that bit harder without them.

Should Bristol City's Dean Holden be worried for his future? The former Bristol City number two is a rookie manager in a really bad run of nine defeats in 12 league games. He lost 6-0 at the weekend, and the Robins fans are asking where all the recent progress in the Championship is currently leading under Holden.

Should the Huddersfield board be concerned about their recent run under Carlos Corberan? With only two points in the last seven, the Terriers have slipped to 18th in the table, and although the Corberan experiment has provided some good moments, the rising tide threatens to catch Huddersfield.

And finally, and probably most concerningly, should Birmingham be in a genuine relegation battle under Aitor Karanka? Their form is poor, and they've sunk to 23rd on the table under the pragmatic Spaniard, despite him bringing in virtually an entire new team, and being backed in the January window.

Lots of questions and not many answers I know, but it would be a brave gambler who would bet against changes in the Championship management ranks before the season finishes. 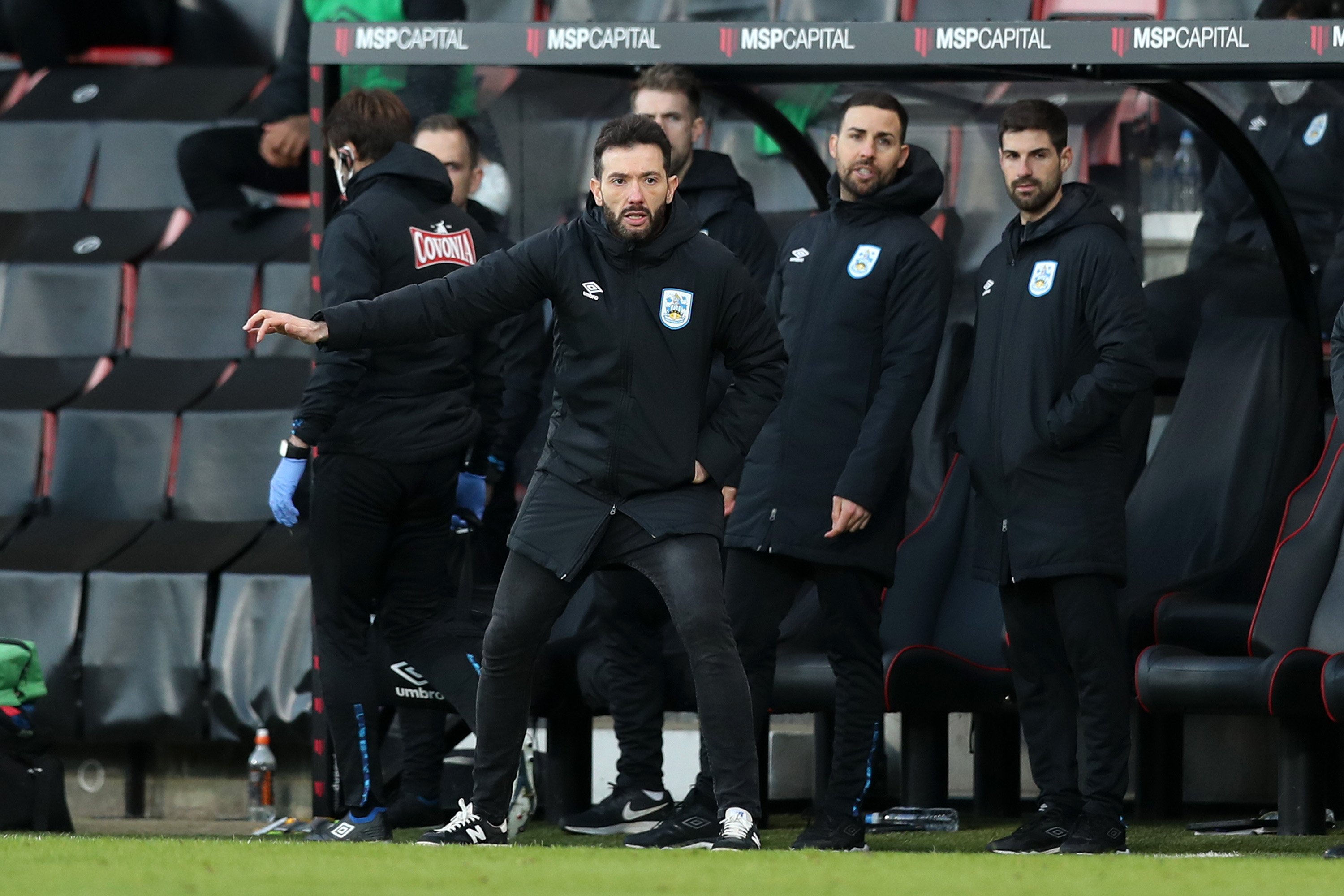