It's suddenly clicking for Ravel Morrison at Derby County, Neco Williams is starring with Fulham and Millwall are proving unstoppable after a five-match winning run... after the latest round of the Championship.

Millwall don't do things by halves, either as a club or this season specifically. The Lions victory at Reading this past weekend means they now hold the biggest current winning streak in the Championship with their five game run. Such a streak at this time of the season will rightly or wrongly turn into play-off talk in double quick time, Millwall are currently in 10th place with 12 games remaining and a three point gap between themselves and Middlesbrough in sixth.

One could argue that the fact three of the five wins in a row came against Reading, Derby and Cardiff means Millwall have had a nice run of fixtures. That position could be countered though by the identity of the remaining two victims QPR and Sheffield United, both of whom are in the same play-off race Millwall may now consider themselves a part of.

I could go off on an extended ramble now about play-off history and the oft promulgated myth that every season a team 'comes from nowhere to crash the play-offs'. I could talk about the previous peak form from Millwall this season, taking them to eighth place in early November and being followed by a run of two wins in the next ten. I'm not going to do that, there isn't any need because we're likely going to find out all we need to know about Millwall in their next three games against Blackburn, Middlesbrough and Huddersfield.

If this is a real play-off challenge then Gary Rowett probably needs to win two of those three games minimum and extend the current run to seven wins in eight games. The points are one thing, but beating teams who operate in and around the top six is literally what play-off success depends upon. Conversely, if the three games provide more than a single defeat, the heavily populated play-off race could leave Millwall behind with too much traffic in the way. 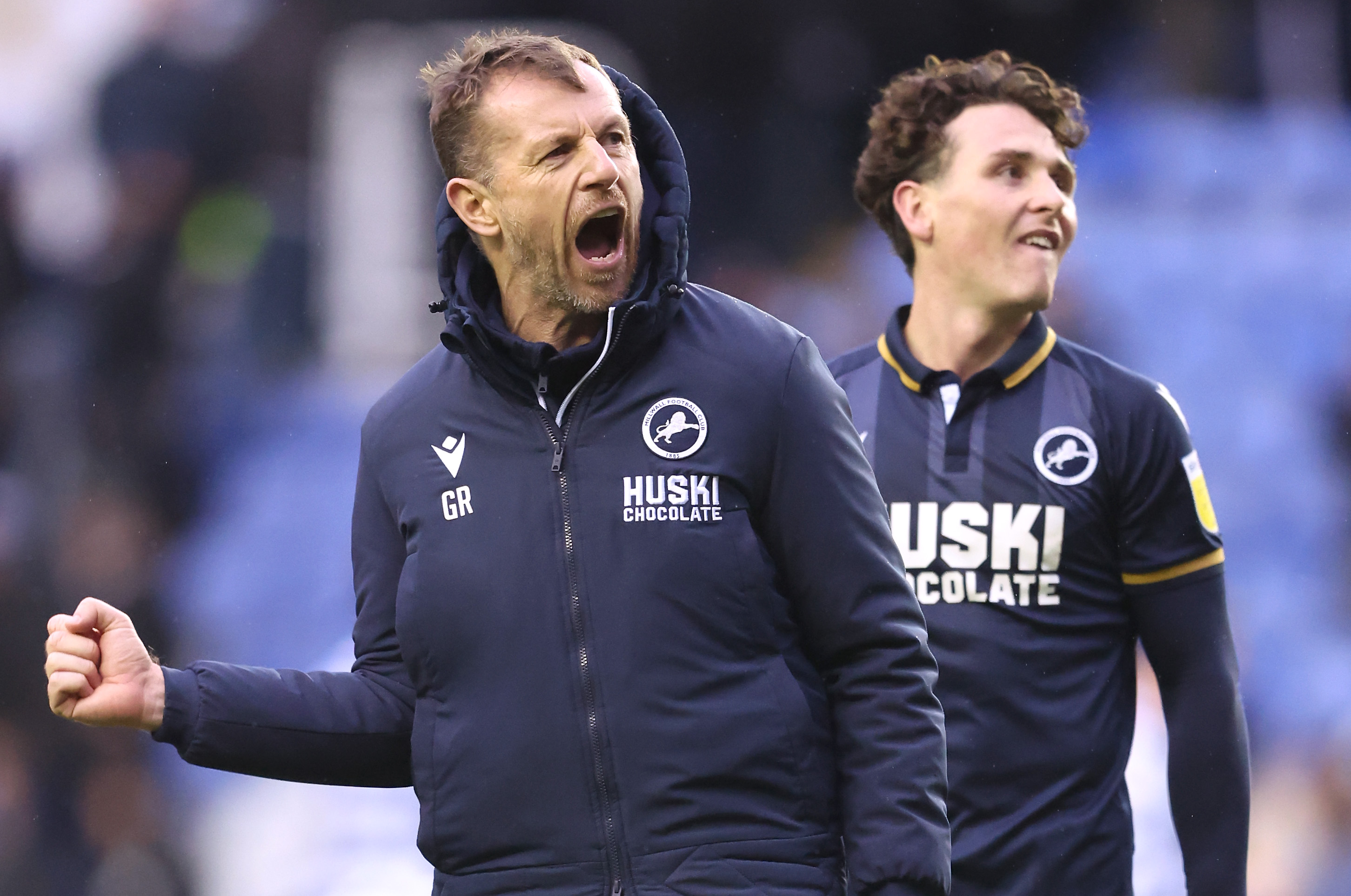 It feels like it's time to have the Ravel Morrison conversation again, you know the one about wasted talent and what might have been after a good performance by the former Manchester United man. The famous quotes surrounding Morrison from no less a source than Sir Alex Ferguson have been doing the rounds for years since he came through the fabled Old Trafford youth setup a decade or so again. Fergie proclaimed Morrison as the 'best he'd ever seen' for his age 'better than Rooney, Ferdinand or Giggs', with Gary Neville adding his ability was 'scandalous' and comparing him to Paul Gascoigne.

Those quotes are all well and good but we should probably defer to Sam Allardyce for the key observation about Morrison. Allardyce took him to West Ham and with a reputation for helping to rehabilitate fading stars lamented a frustrating time with Morison calling him 'the biggest waste of talent I ever worked with'. Countless moves have followed since the big chance at the top level with Manchester United and West Ham, including six different loan moves and spells in Holland, Sweden, Mexico and Italy.

One of the men Ferguson famously claimed Morisson to be ahead of as a youngster was Wayne Rooney. Fergie obviously got a slightly better tune out of Rooney than Morrison, but it's Rooney now trying to get a better tune out of Morrison than Fergie. You'd have to conclude either the penny is finally dropping for Morrison, or Rooney is getting a better response than many of his previous managers. The mercurial midfielder scored twice in Derby's vital win of Barnsley, and 18 starts with five goal contributions probably represents a big win given the pool Derby were fishing in when Morrison was recruited. The talk will always be about what might have been when it comes to Ravel Morrison but with Derby still in with a chance of a miraculous survival in the Championship, will he finally seize the moment. 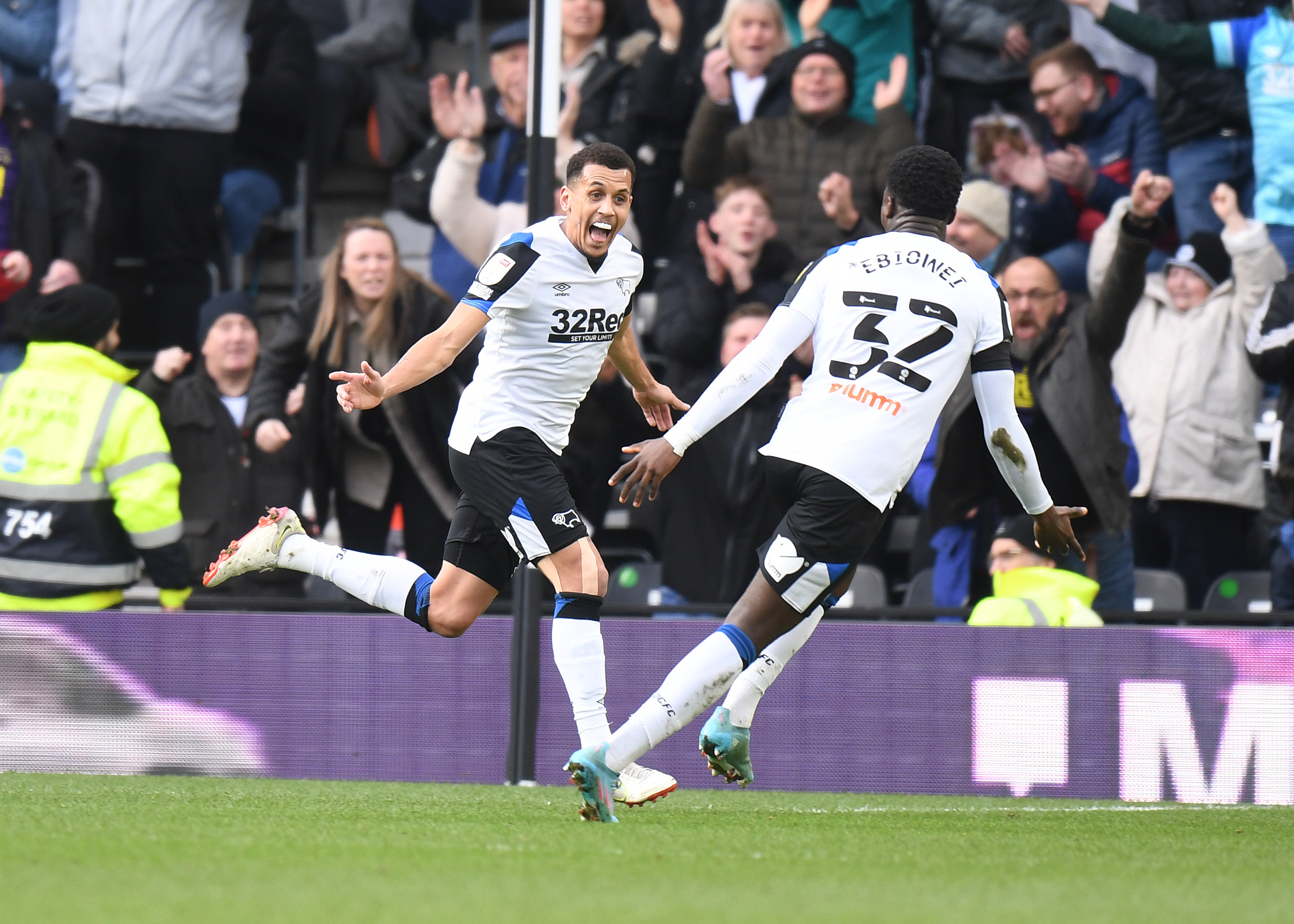 If you were sitting in my seat at the same point of the 2019/20 season, you would have heard certain protestations from Fulham fans about their then manager Scott Parker. All of our worlds were about to be turned upside down with the first lockdown soon to be on the way, but prior to that a number of Fulham fans were concerned about the ability of their manager to get them promoted. The Fulham naysayers were concerned about the potentially overly rehearsed nature of Parker's pattern of play making them easier to counteract and unable to pivot and quickly offer in-game tactical diversity.

Fast forward a couple of years and we're all in the same position. Scott Parker is managing a parachute team in the Championship and expected to get them promoted, while I'm hearing fans of his team questioning whether he has the chops to get the job done. The team in question is now Bournemouth and after a particularly positive January transfer window the Cherries went into the weekend second after a run of four straight wins. It was a trip to bogey team Preston and a late defeat on Saturday and as tends to be the case with Parker, the criticism was quick to arrive.

In life there is often 'no smoke without fire' but in football there is most definitely plenty of fireless smoke. With that being said there is obviously something about Parker or his teams that comes across a little suspicious. He never seemed to completely win over the Fulham fans despite winning promotion from the Championship, they will cite the presence of a strong squad in the second tier followed by a failure in the Premier League and quickly jumping ship thereafter. With Bournemouth he's pretty much been in the top two all season and would be quick to point out that the team they were replaced by this weekend have played four games more. Parker will be judged in binary terms this season, he either gets promoted or he doesn't. Looking at the Fulham example though, even promotion to the Premier League might not be enough if he can't survive in the top division. 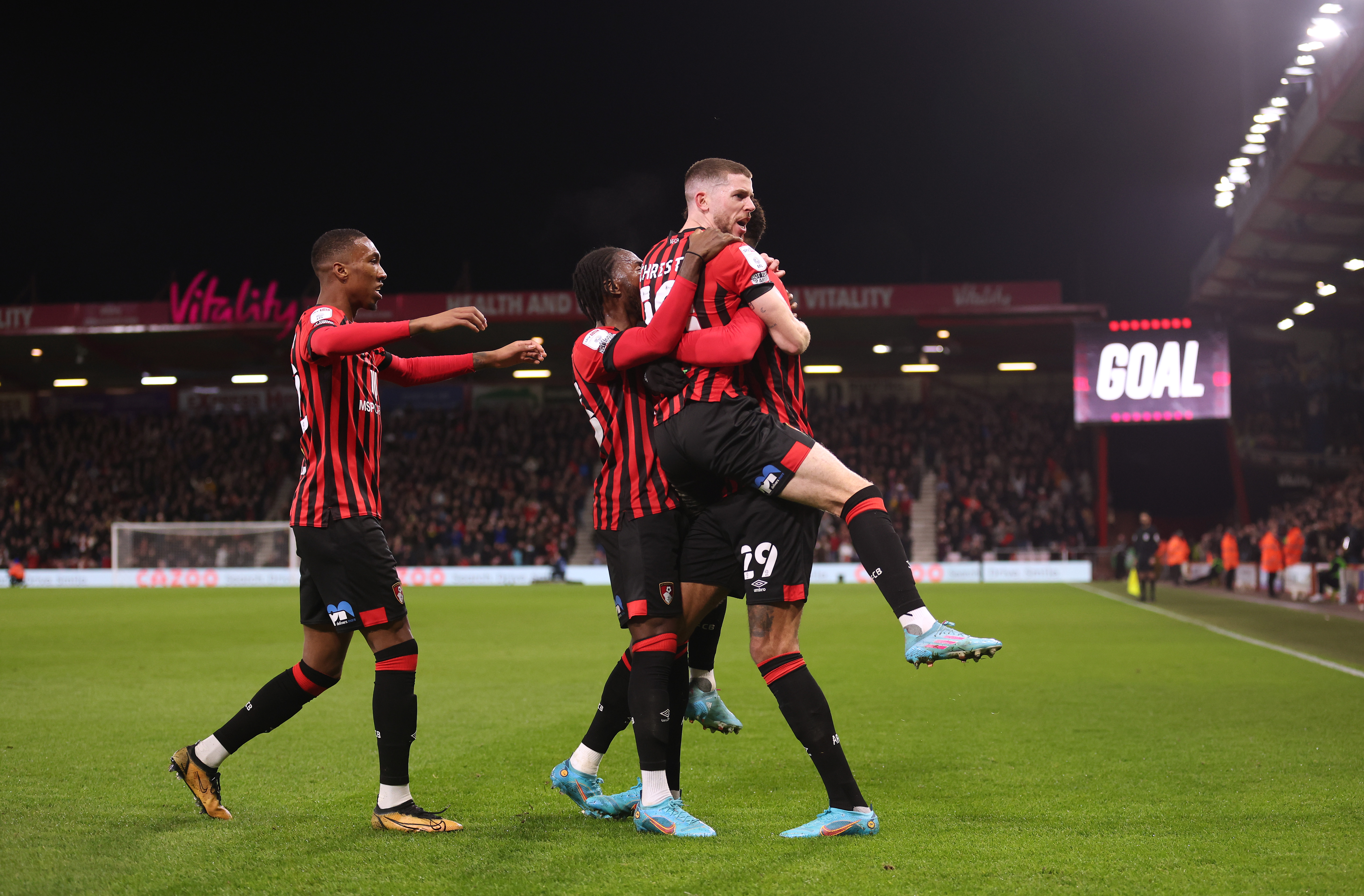 Fulham weren't very busy in the January transfer window, frankly they didn't need to be. The Cottagers were already purring when 2021 turned into 2022 after the summer addition of Harry Wilson to combine with Aleksandar Mitrovic up top in an already strong team seemed to be all they needed. Despite their strength up top, anyone who's followed Fulham in recent times will know there's been a bit of an issue at right back for a fair while.

Players have come and gone at right-back at Fulham and like clockwork veteran converted centre half Dennis Odoi would end up holding the fort. Well that particular clock is no more as the Odoi era ended and he returned to Belgium while fellow right-backs Cyrus Christie and Steven Sessegnon were loaned to Swansea and Plymouth. With three right-backs going out the solution coming in for Fulham was Neco Williams, a 20 year old Welsh international from Liverpool.

Williams has fitted in perfectly at Fulham, starting six games already and winning five of them. More importantly though he looks a perfect fit for Marco Silva's highly attacking set up, which often sees a full-back in advance of halfway and helping in an attacking sense. Let's be frank, if he's trained and developed in the same way as Trent Alexander-Arnold at Liverpool, then Williams should be pretty good going forward. It was another win for Fulham and Williams at the weekend, and he nearly scored with an audacious effort from miles out which hit the crossbar. Relations between Liverpool and Fulham have been problematic in the past with the Harvey Elliott saga and also the Reds pursuit of Fabio Carvalho. Perhaps Fulham may benefit from the services of Williams past the end of this season if relations remain smooth. 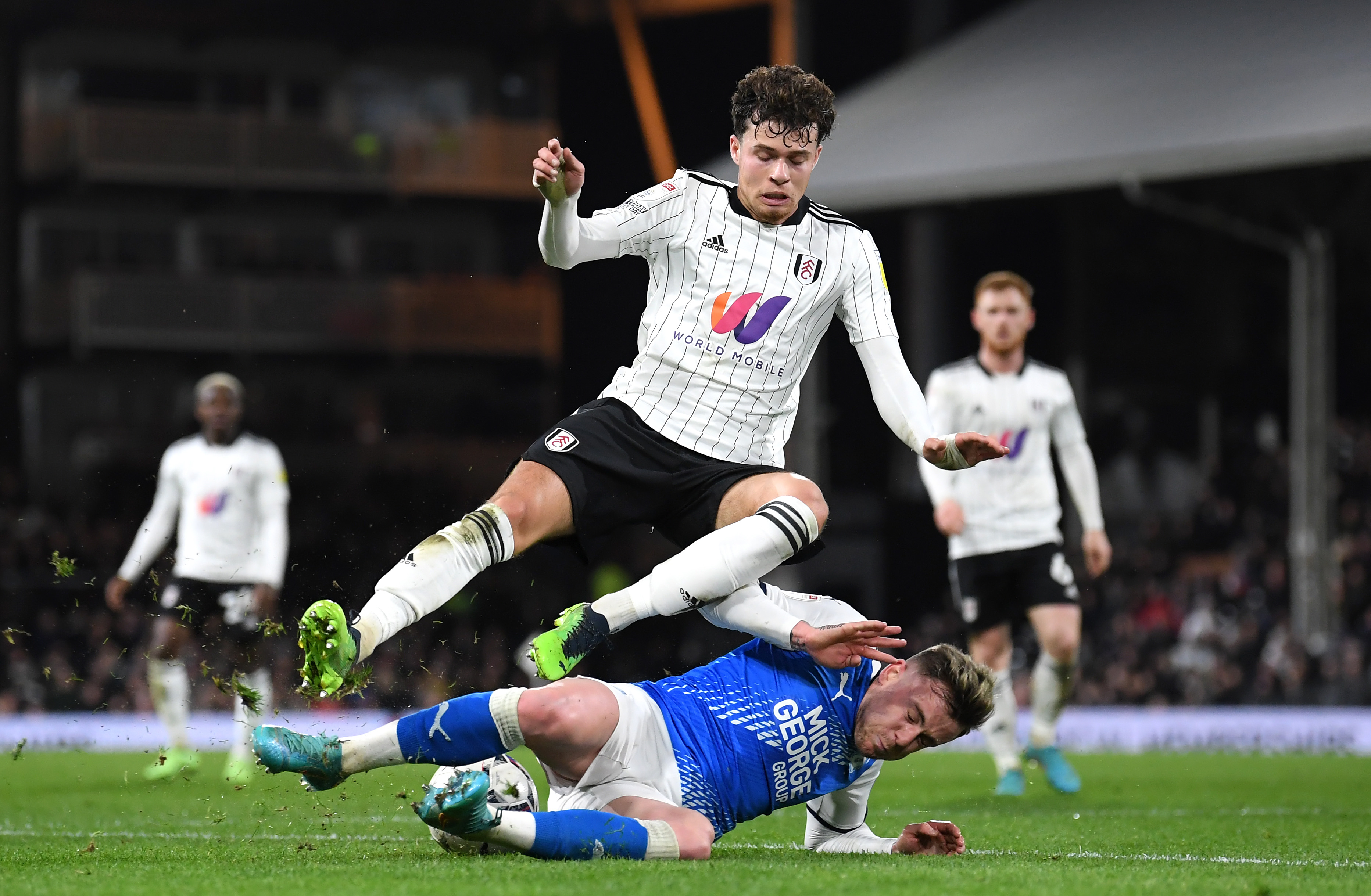